Nothing seems to be working to reduce the global refugee burden. Record levels of new displacement are far outpacing the best efforts to resettle, repatriate or integrate refugees, and the humanitarian world appears bereft of solutions.

Syria has reached another grim milestone with the total number of Syrians having fled the conflict now exceeding four million, according to figures released by the UN’s refugee agency, UNHCR, on Thursday.

With no end in sight to the conflict, Syria’s refugees will soon fall under the category of “protracted”, adding to the 6.4 million (45 percent of the global total) already living in exile for five or more years. That figure does not include 5.5 million Palestinians also living in lingering exile.

Just as the trend is towards increasingly lengthy periods of forced displacement, more people are being displaced. There were nearly three million new refugees in 2014, according to UNHCR’s latest Global Trends report.

Unless lasting solutions are found for significant numbers of refugees, we will only see the global refugee burden continue to grow.

Part of UNHCR’s mandate is to assist governments to find those solutions, but, according to a recent evaluation of the agency by the UN’s Office of Internal Oversight Services (OIOS), it has been more effective at responding to emergencies than achieving so-called “durable solutions” and ultimately reducing refugee numbers.

What is being tried?

Solutions have traditionally been divided into three categories: voluntary return or repatriation to home countries; resettlement to a third country; or integration into the host country.

In the past, voluntary repatriation was the most common solution, but the increasingly protracted nature of conflicts has seen the number of refugees able to return home decline in recent years. In 2014, just 126,000 refugees were able to go home – the lowest number of returns recorded since 1983 and a significant drop from the previous year when 415,000 went home.

The number of refugees resettled to a third country increased slightly in 2014 to just over 105,000, but the OIOS evaluation points out that resettlement remains a solution for only about one percent of the total refugee population and is very costly and time-consuming for UNHCR to implement.

That only leaves local integration – a politically sensitive and unpopular option in many host countries unwilling to accept the idea of refugees competing with locals for jobs and resources. Local integration is hard to measure statistically because it is as much about giving refugees the right to work and live outside camps as it is about granting them citizenship, but the UN evaluation notes that, “with few exceptions, local integration has remained elusive.”

UNHCR has long argued that many of the obstacles to durable solutions, such as a lack of political will on the part of host countries, donor fatigue, and the lack of security or economic opportunities in home countries that prevent refugee returns, are beyond its control.

But the evaluation argues that, “UNHCR has not fully explored opportunities to address the constraints.” Most significantly, this includes, it said, a failure to consistently put pressure on host governments to allow more local integration of refugees.

“One third or more of staff and partners surveyed, in addition to many interviewed, put forward greater advocacy with host countries at the national, regional and local levels as their primary suggestion for improving solutions results,” says the OIOS report.

UNHCR field staff pointed out that even in countries with a national policy of non-integration, “there were individual champions within the government more amenable to local integration with whom UNHCR could more effectively engage.”

Jeff Crisp, former head of policy development and evaluation at UNHCR, noted that the UN refugee agency has been advocating since the mid-2000s for local integration through its “alternative to camps” policy and its programmes in support of urban refugees. He also suggested that the scale of local integration may have been underestimated.

“It's very difficult to say whether more advocacy would have opened up (or would in future open up) more opportunities for local integration, given the general reluctance of host states to contemplate this solution,” Crisp, now an advisor at Oxford University’s Refugee Studies Centre, told IRIN.

What should UNHCR’s focus be?

The OIOS evaluation says that perhaps the biggest obstacle UNHCR faces in finding durable solutions is its orientation towards delivering emergency and humanitarian assistance rather than the longer-term, development support needed in protracted situations.

“While UNHCR has made some gains in shifting its structure and thinking to accommodate that development dimension, it is still largely operating under a humanitarian service delivery model,” the report says.

Senior staff told the evaluating team that the agency had become distracted from the search for durable solutions, “by pressing needs and emergencies of an unexpected scope and size.”

The result was a continued reliance on a, “care and maintenance approach,” whereby refugees were supplied with their basic needs rather than being supported over the long-term to generate their own livelihoods.

Crisp pointed out that there is a degree of ambiguity in UNHCR’s mandate with regards to durable solutions. “Clearly it was given responsibility for finding solutions for refugees, but it was not mandated to be a development organisation. So the OIOS claims regarding UNHCR's failure in this respect are not entirely fair.”

With business skills training and a grant from Jesuit Refugee Service, Clement Mukengeshay, a refugee from the Democratic Republic of Congo, has started a dressmaking business in inner-city Johannesburg 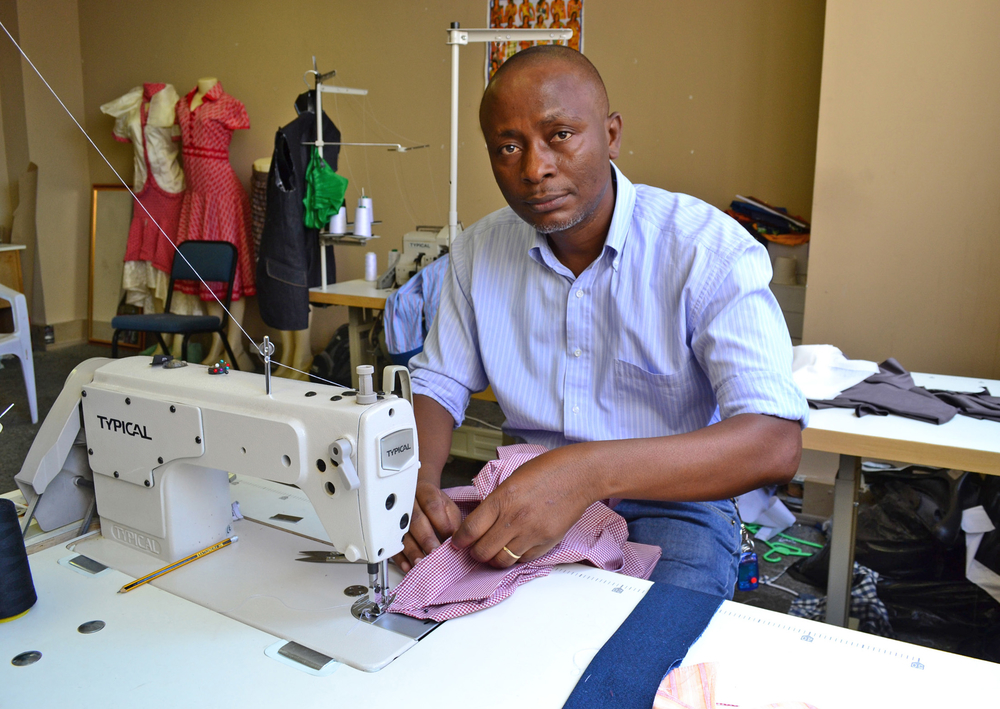 The evaluation acknowledges recent efforts that UNHCR has made to strengthen its work on durable solutions but concludes that the agency is at a critical juncture.

Without consolidated global efforts to find solutions, the number of people living in protracted refugee situations with no end in sight will increase to alarming levels.

“Without consolidated global efforts to find solutions, the number of people living in protracted refugee situations with no end in sight will increase to alarming levels, placing further strain on limited UNHCR resources and the international community,” it says.

UNHCR’s official response argues that the evaluation did not fully represent, “the persistence of the political, security and structural obstacles that impede solutions. Many of these constraints clearly lie beyond the ability of UNHCR to influence.”

There is general agreement that the responsibility for finding solutions for refugees does not lie with UNHCR alone. Governments, civil society, the private sector and even refugees themselves have a role to play.

The Solutions Alliance, launched in April 2014, aims to find solutions to protracted displacement through partnerships between these different actors. It is currently co-chaired by the Danish Ministry of Foreign Affairs, the International Rescue Committee, UNHCR and the UN Development Programme (UNDP) and aims to involve developmental organisations in coming up with new approaches to protracted displacement.

“At the same time, for solutions to be truly durable, the root causes of displacement must be addressed by political actors.”