More than a week after floods caused by heavy rain in Cameroon’s economic capital, Douala, killed at least four people and destroyed the homes and businesses of thousands of others, displacing at least 2,000 people and directly affecting more than 30,000, the city remains devastated.

Fallen electric poles are a grim reminder that much of the city is still without power, upturned wrecked cars and motorcycles lie abandoned in gutters, trash and other debris litter the muddy streets.

The Ministry of Homes and Urban Development and the Urban Community Delegation of Douala says “millions of dollars” of damage have been caused.

“I have no home. It’s up to me to repair the damage of what remains, but even finding food for my children has become difficult.  I would look for other accommodation, but that has become very difficult to find.”

Tropical monsoon rains and subsequent flooding are becoming more frequent in southwestern Cameroon, as well as in other countries with shores on the Gulf of Guinea. Each year the heavy rains seem to become more deadly and do more damage. 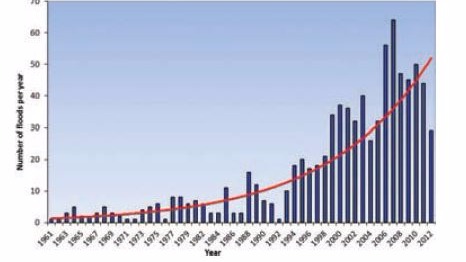 “The floods, like those that are shaking our city, are becoming more common in light of global warming, and as other factors, such as urbanization and agricultural practices, are taken into account,” said Philippe Edimo, an urban planning engineer who works for the National Meteorological Directorate in Douala.

Experts attribute this surge to a construction boom and urban population growth in coastal areas.

“Rapid urbanization coupled with inadequate city policies has contributed to the strengthening of a number of socio-economic and environmental imbalances,” Edimo told IRIN. “And it is likely that higher temperatures that are affecting the region will only intensify the hydrological [rain] cycle, leading to more major and recurrent floods.”

The results of national climate simulations show that the average annual rainfall in Cameroon could increase by as much as 35 percent between 2010 and 2050, and temperatures could go up by at least two degrees Celsius.

Despite warnings by authorities and a 2004 town planning law that prohibits construction on lands “unsuitable for habitation,” many buildings in Douala are still built in flood zones.

“People build buildings in risk areas because of their prime locations,” said Christophe Edzimbi, who works for Cameroon’s National Geographic Centre in Yaounde.

He added that deforestation and the dredging of sediment from coastal areas also contribute to flooding.

More than 2,000 people lost their homes to flooding in Douala, Cameroon, after days of heavy rain during the week of 20 June 2015. 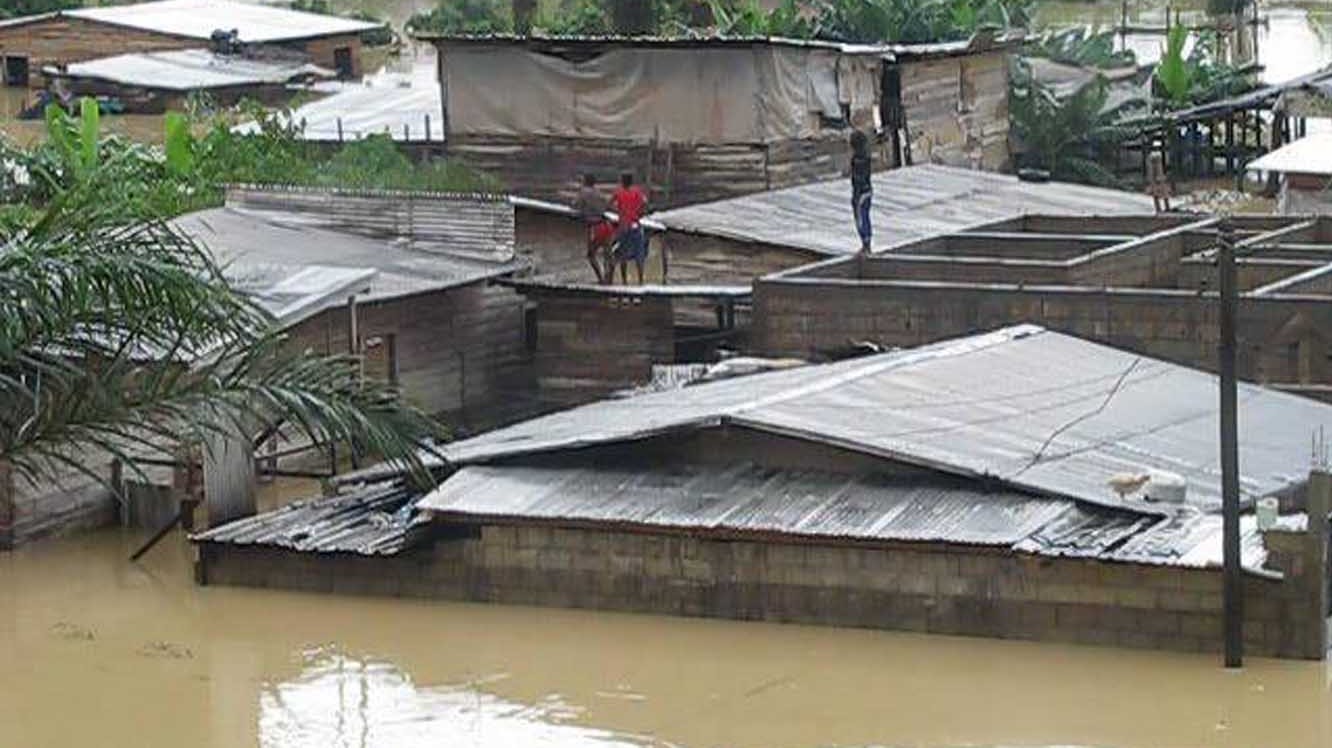 For many years, the government has called for better regulation of the construction code, as well improved maintenance of the river banks and city drainage systems.

Enforcement, however, has been weak and the maintenance irregular.

“In light of climate change, the constructions must be prohibited and building areas must be better defined,” said Joseph Beti Assomo, the governor of Cameroon’s Littoral region. “We must also reduce the vulnerability of existing buildings and carry out hydraulic and geological studies and then draw up a map of areas likely to be flooded.”

The government also announced a two-month campaign to clean gutters and drains throughout Douala, and to demolish slums in the swamp areas, according to Fritz Ntone, a representative of the government’s Delegation for Douala’s Urban Community.

But for many, these actions, if they come, are already too late.

“At one point, we thought that it [the rainwater running through the streets] was the ocean, about to overwhelm the city,” said 50-year-old Jean Nouadjeu, who lost his home and business.

“Now my house is uninhabitable. I will need to rebuild it… Where will I find money for it, because all the goods in my shop were also destroyed? I had to close up shop.  I am ruined.”