Should rebels who turn themselves in be allowed to escape justice for potentially heinous crimes if it might foster peace, or must they be prosecuted even at the risk of discouraging reconciliation? The renewal of Uganda’s amnesty law has reopened old wounds and highlighted this enduring dilemma.

The worst ravages of Joseph Kony and his Lord’s Resistance Army (LRA) rebels between 1987 and 2006 may be a distant memory for some, but they remain raw in northern Uganda, where massacres and mutilations became so common they were routine and tens of thousands of children were conscripted as soldiers and sex slaves.

Despite the atrocities, more than 27,000 Ugandans who have taken up arms against the state have received amnesty over the past 15 years. Last week, the government extended the deal for a further two years in a bid to encourage several hundred remaining rebels to give themselves up and cement a lasting peace.

The latest extension to Uganda’s amnesty law is particularly controversial as although it extends the existing immunity and resettlement programme, it contains a new provision exempting those who willingly return to an armed group having earlier abandoned it.

Does the change go too far?

The renewal of the amnesty is important for “the demobilisation of combatants and peace and stability across the region,” and will help “undermine the strength of the LRA and other rebel movements,” Phil Clark, an expert on international justice and the Great Lakes region from SOAS, University of London, told IRIN.

“However, the changes to the Amnesty Act may dissuade middle- and high-ranking rebel leaders from returning. They may believe they fall within the new exceptions to the amnesty and may believe it is preferable to continue fighting rather than surrendering and risking prosecution in Uganda,” he said. “This sends completely the wrong message to rebel leaders in the bush and risks perpetuating conflict.”

The Amnesty Act of 2000 offered blanket immunity to any LRA rebel combatant who abandoned the group and renounced involvement in the war. Kony and four senior commanders – two of whom have since died – were indicted in 2005 by the International Criminal Court (ICC) for war crimes and crimes against humanity.

See: From jungle to justice – LRA at the Hague

There was no specific exemption for the LRA leadership in Uganda’s original amnesty law, but it was amended the year after the ICC indictments, in 2006, to allow the interior minister to seek parliamentary approval to exclude certain individuals.

The last LRA attacks in Uganda were in 2006, but Kony and other senior figures remain at large. One, Dominic Ongwen, was apprehended earlier this year and is now awaiting trial at the ICC in the Hague. Thought to now number no more than 200 to 300 fighters, the group has still carried out attacks in recent years in the Democratic Republic of Congo (DRC), South Sudan and the Central African Republic.

The amnesty law applies equally to Ugandan nationals in other rebel groups, of which the Allied Democratic Forces (ADF) is the most prominent. The ADF was largely driven out of Ugandan territory a decade ago but still has camps in eastern DRC where it is accused of massacring hundreds of people both this year and last near the town of Beni.

The ADF, which has been linked to Somali Islamist group al-Shabab, suffered a major blow at the end of April when its leader, Jamil Mukulu, was arrested in Tanzania.

At least 13,000 members of the LRA and 2,200 former ADF fighters have been granted amnesty, according to official figures.

The seemingly incoherent decisions to proceed with the prosecution of mid-level LRA commander Thomas Kwoyelo but grant amnesties to higher-ranking figures like Caesar Acellam have fuelled old accusations that the law is being applied unevenly.

Nicholas Opiyo, a Kampala-based human rights lawyer, said extending a law that prescribes a blanket amnesty while being seen only to apply it selectively was “hugely contradictory.”

“It’s a paradox which defeats the purpose of the act,” he told IRIN. “There is no need to have an act or law which continues to be abused and applied selectively. If they are extending the act, it should apply to all. Why should Kwoyelo be tried and the likes of Acellam are granted amnesty. It’s double-standards.”

Some of the LRA soldiers sit outside, Sudan, April 2007 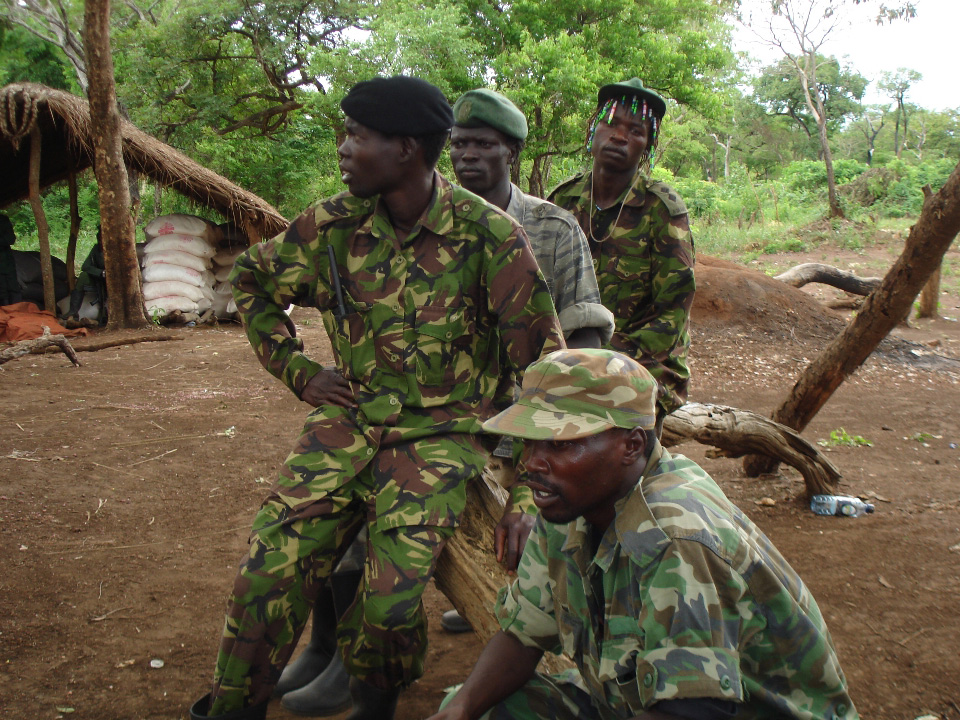 Earlier this year, the Supreme Court ruled that Kwoyelo must face trial in the International Crimes Division, a special section of the High Court established in 2008 to try alleged war criminals, including commanders of the LRA and other rebel groups. Kwoyelo’s would be the first case heard there.

The ruling overturned an earlier decision by the Constitutional Court that Kwoyelo should be released from custody and granted amnesty. The prospect of his trial – for which no date has been set – has raised fears that other rebels might be deterred from surrendering.

In addition to Acellam, who was finally granted amnesty earlier this year, a number of other more senior LRA commanders, such as Kenneth Banya and Sam Kolo Otto, have also benefitted from the law.

Even the experts can’t agree

Even the head of Uganda’s Amnesty Commission, the body that implements the legislation, has expressed frustration that there is no flexibility, as he sees it, to refuse anyone an amnesty in the first instance, even those behind the worst of the atrocities.

“We have serious concerns over the continued blanket amnesty. As a commission, we need to be given some discretion who to grant amnesty to or not,” Justice Peter Onega told IRIN. “As it stands, we have no choice but to grant amnesty to all those who apply for it. This is not good for the pursuit of justice. We need to see some people who bear greatest responsibility tried.”

His comments did not appear to allow for the eventuality of an appeal to the Supreme Court, as in the case of Kwoyelo.

Sarah Kasande, a legal expert from the International Centre for Transitional Justice, took an entirely different view. She said that the Supreme Court’s decision that Kwoyelo must stand trial should, in terms of jurisprudence at least, dispel concerns about selective justice and impunity for egregious crimes.

She pointed out the part of the ruling that said, “no person must ever be allowed to kill and maim innocent men, women and children in their homes, and then say to the country that he will go on killing for as long as his political objectives are not met.”

Uganda’s highest judicial body “has settled the issue of which crimes are eligible for amnesty: political crimes committed in the cause of, or in the furtherance of war,” Kasande told IRIN. “Those who perpetrated serious crimes against innocent civilians are not eligible for amnesty.”

Many people in Uganda, on both sides of the debate, don’t appear so sure.

For some, delivering lasting peace goes beyond the narrow issue of amnesty.

“Addressing issues of impunity and atrocities committed requires government’s commitment to a truth telling process, acknowledgement of crimes committed and involvement, participation of victims and survivors among other stakeholders, with the aim of promoting national dialogue on accountability and reconciliation,” Jackson Odongo, of the National Memory and Peace Documentation Centre in the northern town of Kitgum, told IRIN.