The European Commission has fleshed out its plans to manage record levels of irregular migration to the European Union’s shores, but there are still question marks around how, when and to what degree the proposals will be implemented.

Here’s an overview of the key issues and potential stumbling blocks:

The European Agenda on Migration released two weeks ago included an EU-wide scheme to resettle 20,000 refugees over two years in addition to the 5,000 to 6,000 per year that about 12 member states currently take in.

Given the opposition to immigration of any kind in many EU countries, the degree to which member states will opt in to the scheme is highly uncertain.

He expressed doubts that even the financial incentives on offer for countries that commit to more resettlement places would be enough.

Relocation of asylum seekers from Greece and Italy

The proposal aims to ease pressure on frontline states, Greece and Italy, by relocating 40,000 asylum seekers to other EU states over two years. It relies on triggering an emergency mechanism for dealing with sudden inflows at the EU’s external borders that has never been used before.

Less would not help Italy and Greece, more would not be accepted by others.

“The proposed relocation mechanism constitutes fair burden sharing,” said EU Migration, Home Affairs and Citizenship Commissioner Dimitris Avramopoulos on Wednesday. “Less would not help Italy and Greece, more would not be accepted by others.”

The UK and Denmark, which along with Ireland have the right to opt in or out of EU treaties, have already indicated that they will not participate in the relocation scheme. For other member states, participation will be mandatory if – and it’s a big ‘if’ at this stage – it is adopted by the European Council (meaning 55 percent of member states representing at least 65 percent of the EU’s population will need to vote for it).

The Commission has tried to make the proposal as palatable as possible by offering member states 6,000 euros for each relocated person. Moreover, only citizens of countries from where at least 75 percent of asylum seekers are recognized as refugees will be relocated. Only Syria and Eritrea currently meet this threshold.

While there is general consensus that Syrians are in need of international protection, Pollett pointed out that Eritreans are not universally recognized as refugees. France for example, accepts only about a quarter of asylum applications from Eritreans.

Several countries have challenged the criteria used by the Commission to determine the number of asylum seekers each member state should take in, such as their population, GDP, unemployment rate and number of asylum applications received.

“Countries like Spain say unemployment rate should weigh more in the calculations; other countries say you have to take into account other efforts states are taking in regards to border control. So it looks like there’s already going to be a discussion about the fundamentals,” said Pollett.

More worryingly from the point of view of refugee rights groups like ECRE is the lack of consideration given to the individual circumstances of asylum seekers who, according to the proposal, will have no say as to which country they will be transferred to and can be sent back to it if they try to leave.

“I think it’s ignoring the reality today for some of these people - for example, a Syrian engineer or doctor having to stay in Latvia or Lithuania where there’s hardly any other refugees, no real asylum system in place and no integration programmes for them,” Pollett told IRIN.

The relocation scheme will also add an additional step to the asylum screening process. After an initial screening in Italy or Greece, applicants will then have to go through status determination procedures in the country they are relocated to. Pollett pointed out that some member states give Syrians and Eritreans full refugee status, while others offer only subsidiary or humanitarian protection that comes with fewer rights attached and often has a time limit.

How far the proposal will actually relieve the pressure on Italy and Greece is also debatable. Italy alone received 170,000 migrants and asylum seekers in 2014, and is expecting even more in 2015. Under the relocation scheme, only 24,000 Syrians and Eritreans would be transferred to other member states (or 12,000 per year) and in return Italy will be expected to fingerprint all those arriving on its shores.

Currently, a large number of arrivals are allowed to proceed north without being fingerprinted and registered in Italy – a way of circumventing the Dublin regulation which requires asylum seekers to be processed in the first member state they enter or risk being returned there.

While the Commission is urging member states to support more burden sharing, the EU’s foreign and defence ministers are pursuing a plan to launch a military campaign targeting migrant smuggling networks operating out of Libya.

EU ministers have approved the plan, which includes capturing and destroying the boats used by smugglers before they are loaded with migrants. But the use of military force requires a resolution from the UN Security Council which has yet to be granted. 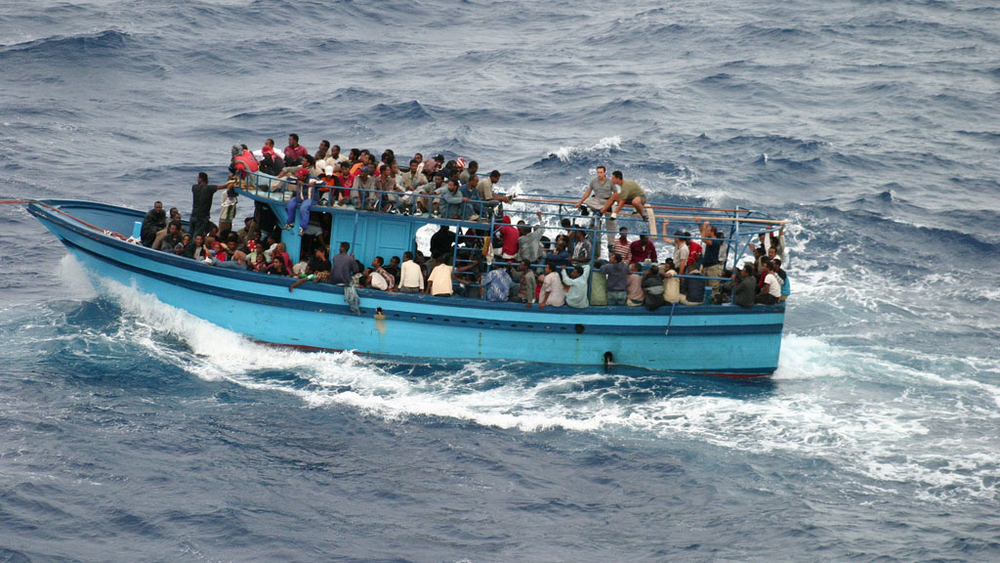 Critics of the plan have pointed out both its practical shortcomings – the difficulty of identifying which boats are being used by smugglers and which by fishermen – and its impacts on migrants with few other options but to make use of smugglers’ services.

Amnesty International has warned that destroying smugglers’ operations “would effectively contribute to migrants and refugees being trapped in Libya and expose them to a risk of serious human rights abuses”.

However, for countries like the UK, France and Spain, the military plan is politically more attractive than the Commission’s proposal that they admit even a small additional number of refugees or asylum seekers.

“It is becoming increasingly clear that EU member states may well reject the Commission's resettlement and relocation programmes, while supporting the proposal to destroy the smugglers boats by means of military action,” predicted Jeff Crisp, former head of policy and evaluation at UNHCR and now an advisor with Refugees International.

Pollett of ECRE agreed that the Commission’s proposals to create more solidarity within the EU through resettlement and relocation “might not happen”.

“If states aren’t willing to commit to this….then this whole exercise could end up being purely symbolic.”