Twenty-four hours after it struck, nobody was being pulled out alive from the rubble of Nepal’s 25 April earthquake. Now, five days on from the main quake, at least two people have been rescued.

The first was a 15-year-old boy found today by a US urban search-and-rescue (USAR) team working with the Nepali police in the Gongabu district of the capital, Kathmandu. A Norwegian team then made a rescue in the same area, while Dutch USAR specialists are currently working into the night in the Bhaktar suburb to free another trapped individual.

“Five days is a long time to be trapped under rubble,” Samantha Orr, United Nations Disaster Assessment and Coordination (UNDAC) USAR Coordinator, told IRIN. “The chances of successfully rescuing a trapped person beyond three days reduces considerably with each passing day.” What isn’t clear is whether the three survivors were buried by the 25 April quake or the many aftershocks.

But the irony of the success is that it comes on the day that the Nepalese authorities signaled the winding down of search-and-rescue operations.

“The government has indicated that search-and-rescue should now be transitioning into recovery and relief,” an aid worker, who asked not to be named, told IRIN. “I’ll be interested to know if they now say anything publically. It’s very hard to tell your people that you are abandoning the search of their loved ones.” (Most governments move to the next phase after 72 hours - they just don't broadcast it)

Those comments were confirmed in a bulletin from the US civil-military aid agency CFE that said: "All Foreign Medical Teams (FMTs) and Urban Search and Rescue advised to stand down; USAR response shifting to casualty recovery."

In many respects, the search-and-rescue operation has been a frustrating experience for both the government and USAR teams.

The humanitarian community has long been aware of the vulnerability of Kathmandu to quakes, with casualty modeling estimating deaths as high as 200,000 people. That scenario triggered a rapid USAR response.

“We saw the force of the earthquake, the location, and thought this was the big one. The government didn’t know in the first 24 hours what had happened and asked for international help. The situation now is that we have a lot of capacity, maybe more than is needed,” said Arjan Stam, team leader for all USARs.

Urban search-and-rescue teams (USAR) are camped in a field next to the airport runway in Kathmandu, following a 7.8-magnitude earthquake that hit Nepal on 25 April. 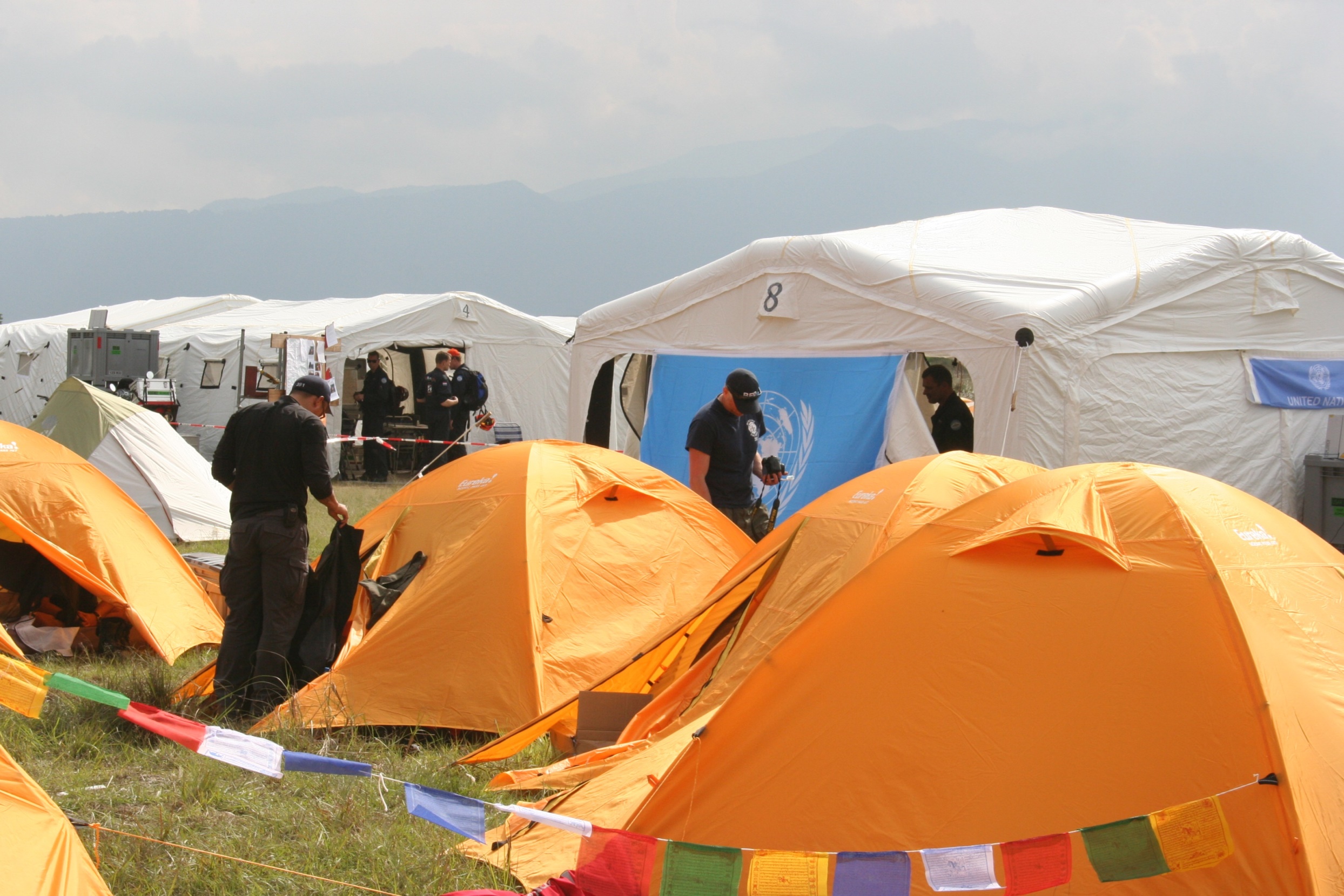 But deployment has been a muddle. Some teams took three days to land due to the congestion at Kathmandu’s small airport – the delay effectively ending their utility as rescuers.

Out of 61 teams registered on arrival at the airport, only 16 were approved by the UN International Search and Rescue Advisory Group, the global standard-setting body, and not all of those have attended the daily coordination meetings run by Orr and Stam in the UNDAC tent in a field next to the airport runway.

“Some of the people that showed up [in Nepal] were small team of 4-6 people,” said Stam (See IRIN’s analysis on how hard it is to coordinate the hodgepodge of aid groups that pour into disaster zones). By comparison, experienced “heavy” USAR teams have teams of sniffer dogs and electronic search devices, use construction equipment to remove debris, and can medically treat victims.

The government has urged that USAR operations must push out of the Kathmandu valley and into the remote regions, hardest hit by the quake, where communities have still not been reached.

It believes that its advice has been rebuffed. “Maybe it’s a language problem, or they don’t have translators, or don’t like the high altitude,” suggested the head of the Disaster Management Section at Nepal’s Ministry of Home Affairs, Rameshwor Dangal.

“The USAR teams say ‘Our experience is urban, and we deal with rescue in heavy concrete buildings’,” Dangal told IRIN.

Orr feels the reality is more complex. While she acknowledges the push to get out of the valley, teams that have done so have found blocked roads. “We need air assets and logistics,” she said.

It's very hard to tell your people that you are abandoning the search for their loved ones.

“In some of these heavily-affected areas, it’s not search-and-rescue that is needed,” she said.

The shift to recovery and relief flagged by the government means that the USAR teams will need to re-configure for the next phase: retrieving dead bodies and supporting government engineers in making structural surveys on cracked and damaged buildings.

Dead body retrieval is a key part of USAR. Most teams come with two teams of sniffer dogs - one for people who are alive and one for dead bodies.“It’s very valuable for grieving families to get their relatives back for burial,” Stam noted. Cadavar dogs are trained to sniff out corpses, and sometimes teams will allow relatives to go in and carry out the body.

But not all teams in Kathmandu are prepared to do that work. “Those teams not able or unwilling to do dead body recovery should look to start planning their demobilisation,” Orr said.