Read about what we achieved.
BAORO

The room was packed. Everyone wanted to speak: unsurprising after years of conflict that has claimed thousands of lives and seen the Central African Republic riven by ethnic and religious cleansing.

After a lifetime of being ignored, the ordinary people of CAR are finally having their say, taking advantage of a unique opportunity to speak truth to power.

In the town of Baoro, 400 kilometres from the capital Bangui in northeastern Nana Mabéré prefecture, power took the form of Minister of Communications Victor Wake. Loud applause and ululations punctuated each intervention.

Many spoke of the horrors the town suffered under the control of the rebel Seleka alliance that toppled president Francois Bozizé in March 2013 and remained in power for 10 months.

“There was violence here and brutal attacks by the ex-Seleka which cost the lives of 163 people, including 30 women and 10 children,” said a man who identified himself as secretary of the town’s self-defence units.

“They burned houses, including my own. We counted 1,586 burned houses. But nothing has been done for the victims here,” the man added.

Another speaker recalled: “When the [rebels] came they threatened me and I hid in the bush. I drank dirty water and fell sick and was evacuated to a hospital in Bangui for two months.”

“The Selekas came and torched my field and stole all my animals. Many houses were burned here but the owners have got no help at all. It’s sad. That’s what we want you to tell the president.” 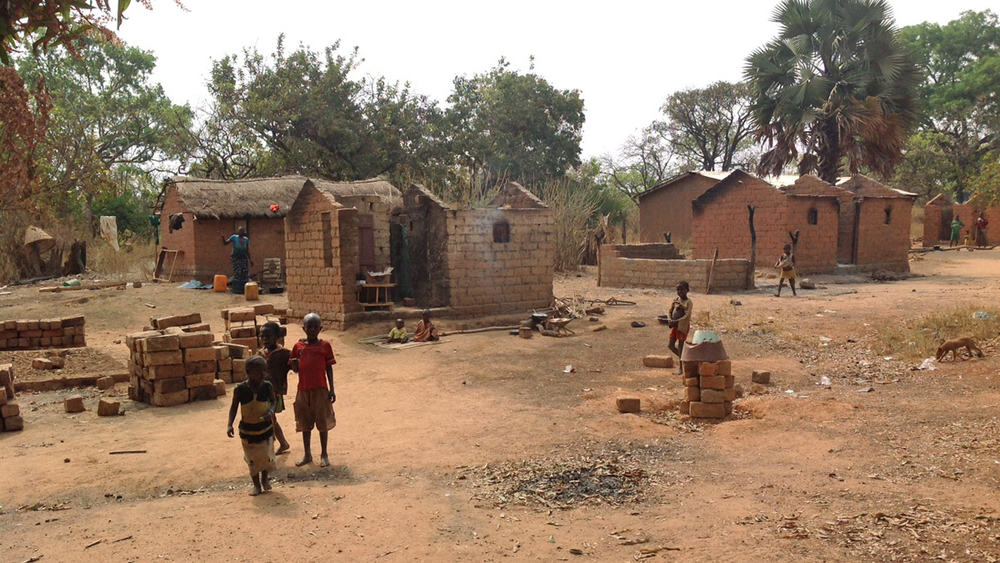 Since late January, meetings like this, called grassroots popular consultations, have been taking place in all of CAR’s 16 prefectures as well in neighbouring countries such as Cameroon, Chad, and the two Congos - where some 190,000 CAR citizens live as refugees.

The consultations are a prelude to the Bangui Forum on National Reconciliation, due to be held from 27 April to 4 May, which aims to shore up a new peace deal and determine the eligibility criteria for elections slated for later this year.

“Mr. Minister, unemployment is rampant here in Baoro. Young people are just hanging around town with nothing to do. Bring the NGOs here to give them work,” said a woman who took the floor.

“Then there is security. The gendarmes and police don’t have the resources to do their job; they don’t even have a motorbike. Think about giving the security forces at least a vehicle,” she added.

The Bangui Forum will bring together peoples’ representatives chosen during the popular consultations, leaders of armed groups, transitional authorities and political parties, as well as prominent members of civil society.

CAR’s constant political unrest can be directly linked to a failure of governance, a failure to deliver basic services and security to most of the population, especially the farthest-flung and most marginalized areas that are prone to armed opposition. 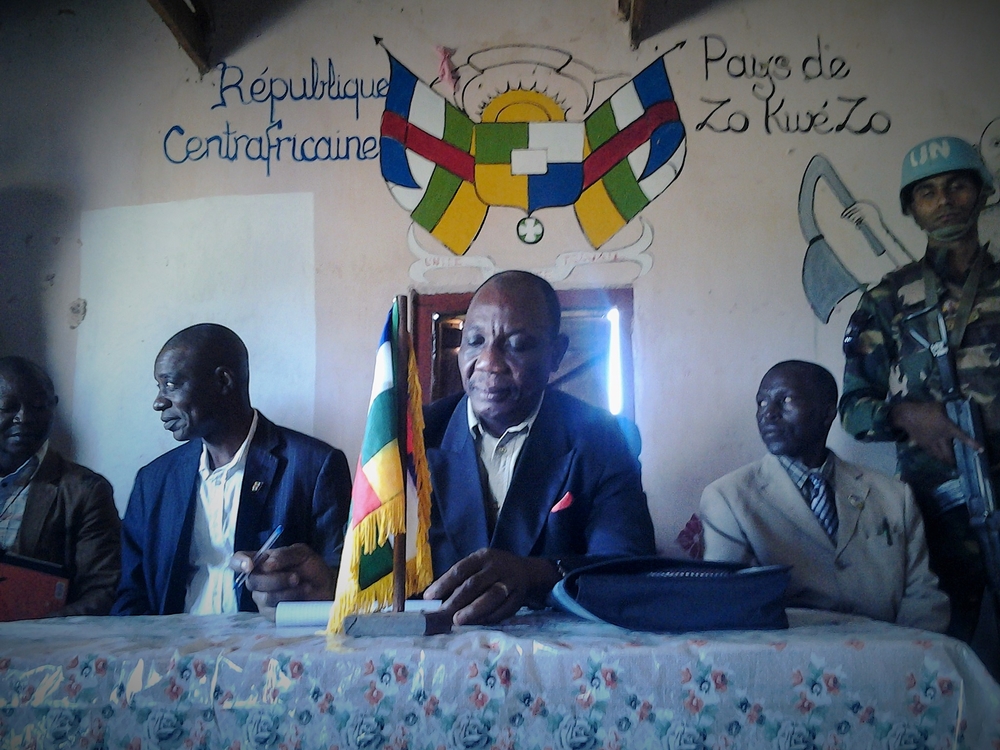 Wake explained that the object of the consultations was to “let the people speak, encourage everyone to unburden themselves, to let loose their fears and hopes, to identify the challenges to overcome and hear their ideas about how to emerge from crisis for once and for all.”

The people of Baoro did not waste their rare opportunity to tell it like it is, and provided a grim snapshot of the ills and dire needs that plague most of the country.

Another speaker railed at the sense of impunity and called for the town’s jail to be rebuilt.

“FACA (CAR’s dilapidated army) and the police and gendarmes should be given weapons to provide security. Also, our hospital must be given medical supplies and competent staff,” he said.

“I call on the government to build an agricultural development centre in our town, to support farmers and livestock-raisers with subsidies and loans. Young people must also be helped by giving them income-generating activities,” said another speaker. 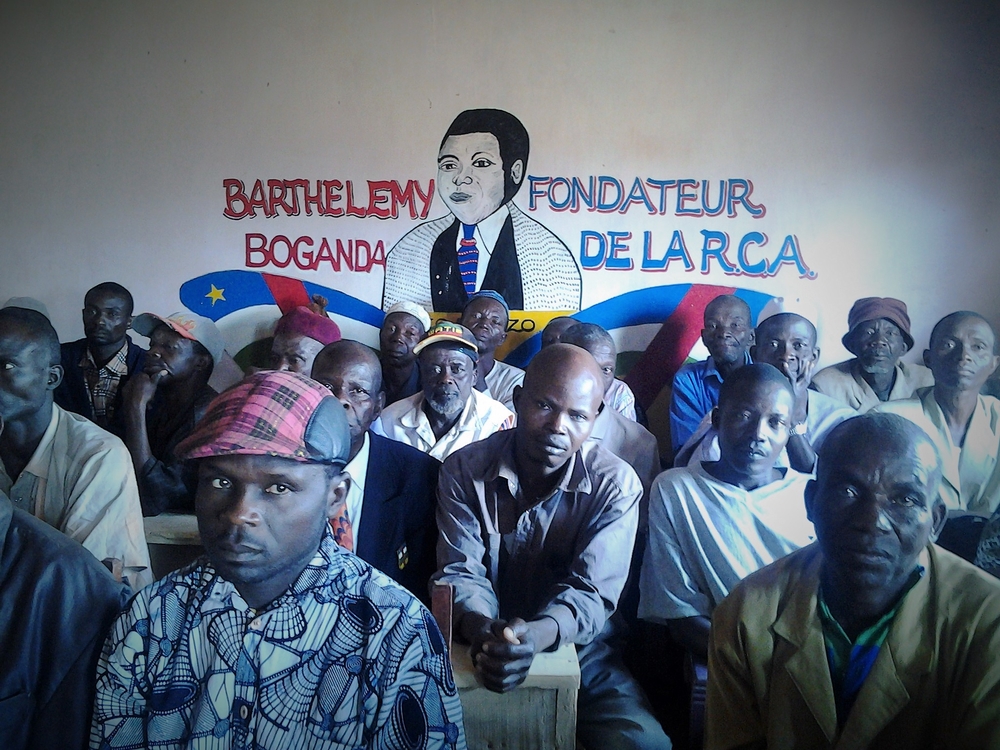 The grievances are much the same all over the country, according to summaries of the consultations presented recently at the Bangui headquarters of CAR’s provisional parliament.

“People also told us of the kidnapping of around 2,000 children by rebels in South Sudan. Their parents are demanding their return and want better security in their area,” she said.

Minister of Reconciliation Jeanette Détoua conducted the consultations in the Democratic Republic of Congo, where some 75,000 CAR citizens live as refugees.

“Our compatriots in DRC said that former presidents Francois Bozizé and (Seleka leader) Michel Djotodia should come back to the country to seek forgiveness because they are to blame for this division between the people of Central Africa. They also said that those who are not Central African and who came to divide the country should be sent home,” she said.

"If we listen to them, we can find the solutions"

CAR has tried before to seek reconciliation by involving government officials, party leaders, civil society and rebel commanders in peace talks or dialogue, but there is hope that this effort is different.

Applauding this new approach, the UN Development Programme’s Africa Director Abdoulaye Mar Dieye said on a recent visit to CAR: “Solutions to peace and development lie with the people. If we listen to them, we can find the solutions.”

Former Seleka rebels at first openly opposed the public consultations, but may now be coming round to the idea.

“In five of the 16 prefectures, there was resistance from armed groups and the facilitators came back to Bangui,” said Detoua, the reconciliation minister.

In the central town of Kaga-Bandoro, the rebels briefly abducted the regional prefect and the town’s mayor who had been set to lead the consultation there. And, in Bambari, they chased a whole team of facilitators out of town.

However, after negotiations with the rebels, consultations were later held successfully in both locations.

Everyone is finally getting a chance to have their say. For those unable to attend the consultations, the government has even set up a special hotline.