This week's passing into law of Australia’s Migration and Maritime Powers Legislation Amendment Act, which comes on the heels of a year of tightened border controls and refugee intake policy changes, could chill regional cooperation. Experts say it reflects global trends of treating migration as a security problem, and acknowledge that might be an important avenue for Southeast Asian regional policy development.

Since September 2013 Australia has run Operation Sovereign Borders (OSB), a military-led initiative the government describes as an effort to “to combat people-smuggling and protect Australia's borders”. Navy ships intercept boats carrying asylum seekers, who are then detained in off-shore processing centres, the conditions of which have been criticized repeatedly, including by the UN Refugee Agency (UNHCR). Only one boat has made it to shore in 2014, to resounding cheers of “success” by the government, and condemnation by the UN High Commissioner for Human Rights, who said OSB was “leading to a chain of human rights violations”.

In November 2014 Australia reduced its resettlement quota from Indonesia from 600 to 450 and said no refugees registered (with UNHCR) after 1 July 2014 would be eligible for resettlement, sparking criticism from Indonesia, which cited the country’s own current refugee bottleneck (it is host to around 10,000 refugees, who experience notoriously long waits).

Australia portrayed the move as an export of its domestic success, “designed to reduce the burden, created by people smugglers, of asylum seekers entering Indonesia”. But critics say it “puts into serious question the humanitarian rationale for Australia’s resettlement programme.”

Anne Hammerstad, a lecturer at the UK’s University of Kent and author of a new book on the history of UNHCR as a global security actor, told IRIN: “Part of the problem is that the whole migration topic has become securitized.” She argued that attitudes on migration have shifted - to the detriment of refugees - from humanitarian empathy to nationalized security. “9/11 harmed refugees and migrants generally - it straight away became an issue of border control and national security and dangers to society,” she said.

But that governments understand migration as a security issue, others say, could indicate an effective avenue for fresh regional policy dialogue.

“The fact that OSB has stopped the boats is a window of opportunity. It should be the start of a conversation not the end of it,” said Travers McLeod, chief executive officer at the Centre for Policy Development (CPD), an Australian think tank. CPD has been attempting to defuse Australia’scontentious immigration debate, which McLeod called “a political hot potato without a compass.”

Boats may, indeed, have stopped arriving in Australia, but asylum seekers in Southeast Asia have not stopped undertaking perilous journeys. According to UNHCR data released in November, around 54,000 people (all but 1,000 departing from Bangladesh and Myanmar) have undertaken irregular maritime journeys in the region in 2014. These numbers are up from previous years, showing a 15 percent increase from 2013, and triple the number of departures from 2012.

The report on a July 2014 CPD roundtable meeting for Southeast Asia’s migration stakeholders, titled Beyond the boats: building an asylum and refugee policy for the long term, explained that Australia’s migration debate treats forced migration “primarily as a matter of domestic politics, rather than regional policy” and that denial of access to Australia for maritime arrivals “risks closing the protection space”.

Indonesia and Australia are co-chairs of the Bali Process, a regional 50-member mechanism established in 2002 to combat people-smuggling, which has been criticized for failing to produce regional results while serving Australia’s political interests.

Pointing to the November resettlement reduction from Indonesia, Maria O'Sullivan, a law lecturer at the Castan Centre for Human Rights Law at Monash University in Melbourne cast doubt on Australia’s regional commitment: “If Australia does wish to establish a wider regional framework between countries in Southeast Asia, a ban on resettling asylum seekers from Indonesia, one of Australia’s most important regional asylum partners, seems contrary to this.”

The immigration detention centre in Makassar on Indonesia’s Sulawesi Island is one of 13 across the country holding nearly 2,000 migrants and asylum seekers, including women and children 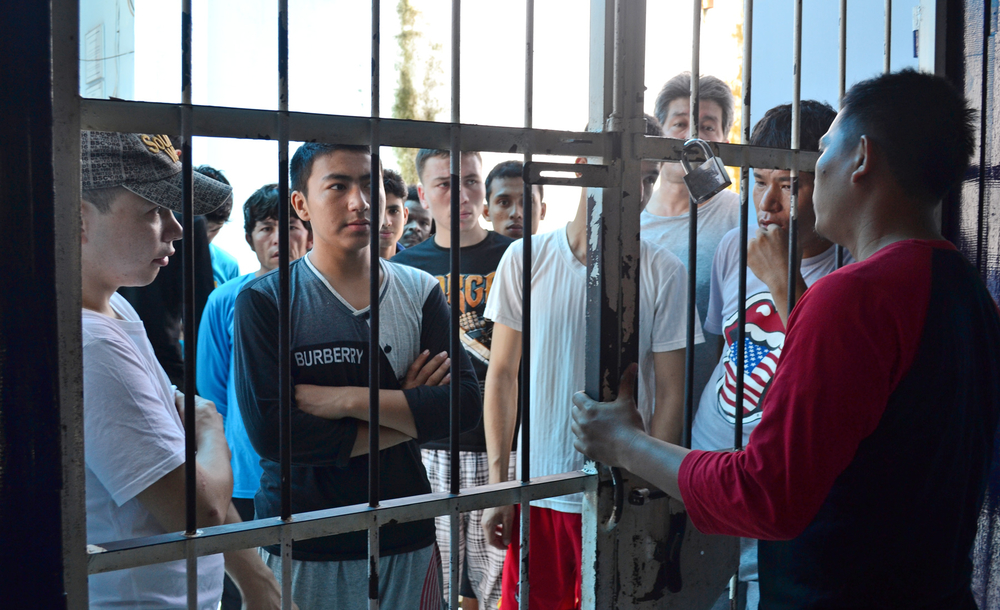 According to McLeod, the CPD dialogue, because it was conducted under the anonymizing “Chatham House” rules, allowed regional stakeholders to speak more openly than they do when representing their countries in public. He said: “What we saw at the roundtable was the value of including representatives from Indonesia and Malaysia. Their presence changed the tenor of the discussions and facilitated a richer understanding of the issues.”

The political sensitivities around migration among governments in the region, including security concerns, mean a more private approach to cooperation might be necessary. CPD report recommendations include establishing a “Track II” regional dialogue.

McLeod told IRIN he thinks a “Track II” format, in which participants from around the region can gather and discuss policy without officially representing their respective constituencies or governments, could extend the comfort level achieved at the CPD roundtable by mimicking regional security talks.

“The Track II format is usually used for discussions about trade or security - it's clear that migration is itself a security issue for many of the governments concerned - so it's a format that could work well,” he said, echoing research that has found unofficial policy dialogues to be a crucial component in Southeast Asian regional cooperation.

While the regional dialogue may need to allow focus on migration as a security issue, that discussion alone won’t erode the global construal of migrants as a threat. For Hammerstad, that task is broader – and involves restoring public understanding that migration has been a human behavior throughout history.

“The question is how to get to a point where societies receiving migrants feel that the balance is OK,” she said. Calling the current global migration situation “a bit like a perfect storm”, she explained: “We have refugee receiving countries feeling like their economy is not very solid, coupled with large-scale humanitarian crises and record level migration.”

The current debate, she says, includes a “knee-jerk reaction that migration is unnatural and that the people who migrate are there to abuse your system and take advantage, rather than people who want to prosper in a different place than their home. It’s a lack of empathy in public discourse.”