Building resilience to natural disasters in Timor-Leste, where most people are subsistence farmers, means improving the transport infrastructure and tweaking local farming practices, for example by encouraging crop diversification and building terraces. Such efforts, however, also require effective and transparent political leadership, experts and officials say.

“Resilience at the suco [village cluster] level is crucial because the roads are bad and we don’t have a vehicle in the district capital so responses can be slower than people need,” Danilo, who uses one name, the deputy administrator for the Ermera District Disaster Management Committee (DDMC), told IRIN. “Plus all decisions are made in Dili so it can take some time for approval, then action, to happen after a disaster.”

Three-quarters of Timorese people rely on subsistence agriculture to survive. A 2011 report by the UN special rapporteur on human rights and extreme poverty noted that poverty, food security, and unemployment - all factors in resilience - are higher in rural areas. District Disaster Management Committees, per the 2008 National Disaster Risk Management Policy, include religious, civil society, government, and security force representatives, and form the backbone of the country’s disaster response.

Timor-Leste, home to 1.1 million people, achieved independence from a brutal Indonesian occupation in 2002, but 70 percent of the country’s infrastructure was destroyed in the process.

The Asia Foundation’s 2014 public opinion survey found that respondents reported poor roads as more of a priority than other development issues. Despite this demand for improved infrastructure, Lao Hamutuk, a Dili-based policy analysis organization, has noted in recent years that the government has failed to spend its roads budget.

Regular floods can damage some crops raised by Timorese farmers, but moving vulnerable crops to higher ground has increased resilience and led to maintained productivity in the face of disasters or bad weather. 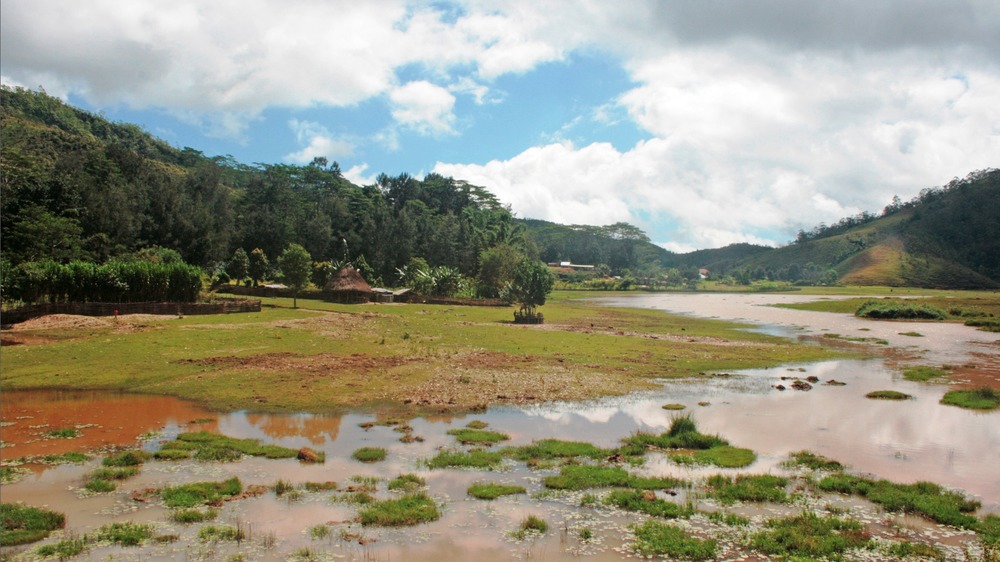 Maplecroft’s 2013 Natural Hazard Risk Atlas, which evaluates the resilience of 197 countries to 12 natural hazards, says Timor-Leste is at extreme risk when natural disasters strike, mainly due to its lack of coping mechanisms: the country ranks sixth out of 197 for infrastructure fragility.

According to Danilo, supporting local resilience measures can make up for the poor roads, which limit relief access after disasters, such as flooding or damage caused by strong winds.

“What we try to do is help farmers learn simple techniques like how to maintain soil moisture or teaching basic book-keeping skills so they have more autonomy,” Danilo said. “In many cases the farmers are planting the right crops, and it is a matter of making small adjustments that can improve their fate after a disaster.”

Experts and practitioners in Timor-Leste say a focus on farm-level resilience can help mitigate the shock when disasters strike. Some caution, however, that disaster resilience measures do not necessarily solve issues of political will to develop the country.

The local roots of resilience

Justino Maya, a primary school teacher and member of his village disaster management committee in Darudu, a village in Ermera District explained: “In recent years we shifted banana trees to the lower areas and started planting legumes on the hills. Previously, we mixed everything in, but over time we saw that bananas can survive some flooding while legumes cannot.”

Joanna Walshe Timor-Leste country director for Mercy Corps, an international development organization, told IRIN that strategies such as Maya’s are an example of community-driven and market-based resilience measures.

“We work with communities by building in market-based incentives to mitigation activities,” she said, explaining that banana trees hold soil well during heavy rain and legumes put nutrients back into the soil. “Both of these [planting tactics] add a nutritious food source to households and to local markets - and by diversifying farming practices it means communities are not so reliant on one or two key crops for income and nutrition.”

Soil erosion can happen for a variety of reasons, and either slowly or quickly, but damages farm outputs in the short and long term in rural Timor-Leste. 70 percent of Timorese people are subsistence farmers. 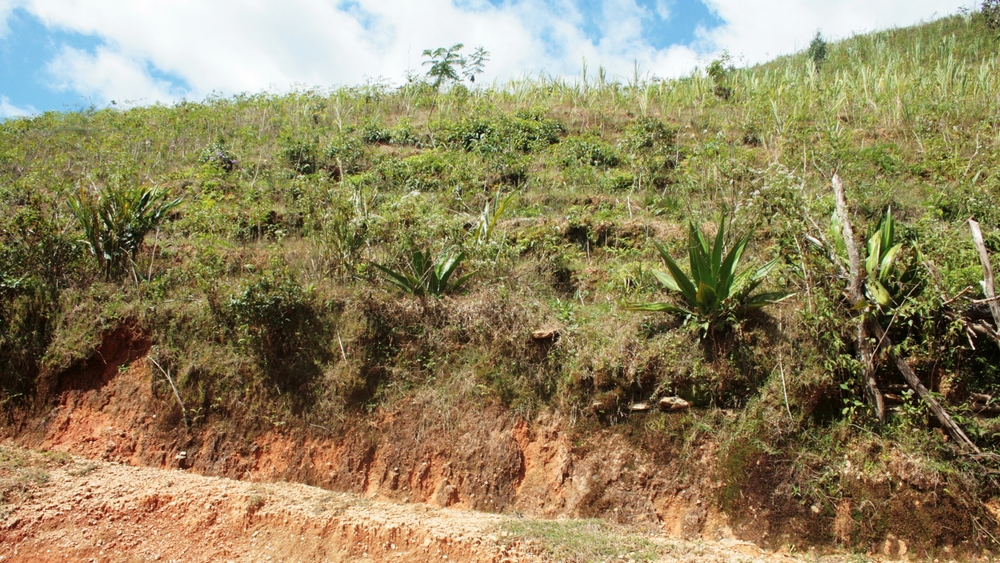 “It does not take much to push an already food insecure or barely food secure family over the threshold if rains come too late, or come too soon, or too much, or too little,” she said, pointing to the Mercy Corps strategy called M-RED for Managing Risk through Economic Development.

“We teach farmers the basics of conservation agriculture: to not plough the soil, to rotate or mix crops so they don’t deplete the soil of nutrients, and to keep a layer of mulch on top of the soil,” said Ruben Flamarique, Conservation Agriculture Project team leader for the UN Food and Agriculture Organization ( FAO) in Timor-Leste. “Three simple actions can make farmers much more resilient,” he said.

Government initiatives have used livestock as incentives to prevent landslides, for example.

“The government hired local labour to cut terraces into the slopes and plant grass that cattle can eat, and now they are providing one cow per household - 50 cows in total - to the village, as well as training people on proper housing and feeding techniques for the cows,” explained Maya, the teacher in Darudu. “This way nutrition and income improve due to milk production, and more people will see there is value in preserving the slopes by planting grasses instead of leaving them as open soil.”

Safei, who uses one name, an adviser at the Ministry of Agriculture, explained: “We hope seeing projects like this will motivate surrounding communities. It’s an inexpensive and effective way to protect the slopes from erosion and generate income. It’ll be important for the government to scale this up in the future.”

“It's not only that responding to the range of disasters in Timor-Leste is complicated but that it should never just be response,” argued Mercy Corps’ Walshe. “All actors in development - government, NGO, communities - need to move toward more resilience thinking, and that means considering local conditions, risks, and opportunities to integrate resilience-building into market-based activities.”

Others echo Walshe’s argument, but frame the issue as one of political will - arguing that resilience at a technical level may not have much long-term impact without political transparency and efficacy.

“We can talk about seasons and storms and climate change and programmes to help people survive them, but the only seasons that matter in Timor-Leste are the political seasons, the changes in personalities,” said a government official in Dili, the capital, who asked not to be named.

“Politicians hand out seeds or animals or infrastructure contracts based on making themselves survive longer in their power positions, but that’s not helping resilience for anyone but themselves.”

Timor-Leste’s 12 years of independence have been fraught with accusations of mishandling its development spending - including staggering rates of malnutrition while health budgets remain low, and controversies over cronyism high in the government.