Parts of Mali’s north have fallen back into the hands of three separatist rebel groups since the clashes in May in northern Kidal Region. More than 18,000 people were forced from their homes. The fighting and the lingering impact of the 2012-2013 food crisis have had a severe effect on people, limiting their access to food and livelihoods for the most vulnerable.

“The recent fighting has set back the humanitarian situation and deepened the crisis. Services in the north are still restricted and access to health care, education and markets are limited, not to mention food insecurity that is affected by recent displacement,” said Erin Weir, protection and advocacy adviser with the Norwegian Refugee Council (NRC).

“There is very little help for people who are struggling to rebuild their homes and their lives after years of conflict. However, crises elsewhere are overshadowing the dire situation in the north and Mali is quickly becoming a forgotten crisis,” Weir said.

Salamatou Ba of the UN Office for the Coordination of Humanitarian Affairs (OCHA) in Mali’s northern Gao Region said: “There is a huge deficit between what is needed and what we are able to deliver. We know that the situation will continue to get worse and we would like to do more, but the money is simply not there.”

The International Committee of the Red Cross (ICRC) halted food distribution outside the northern towns of Gao, Kidal and Timbuktu following an attack on staff members earlier this year.

“Following the attack and kidnapping of three of our staff in May we suspended all operations outside of major towns… Since then we have slowly been scaling up our operations to the level before the attack,” said ICRC’s Valery Mboah Nana in Bamako.

Some 1.9 million people, or 11 percent of the population, now need food assistance - up from 1.3 million at the start of 2014, according OCHA.

The fighting in Kidal disrupted food distribution by the World Food Programme (WFP), whose Mali operations have only been one-third funded.

“The regular food distributions were suspended for about a week [after the May clashes] and then resumed progressively as security conditions improved. However, the incident pushed 18,000 people out of their homes, increasing the humanitarian needs,” said Emmanuel Bigenimana, WFP emergency coordinator in Mali.

“Tensions within communities and concerns of retribution mean people do not feel safe to return home. The constant power shifts - one day an area belongs to the rebels, the other day it is back in government hands - means people might feel secure one minute, the next they are inclined to flee again”

Hahadou Ag Kaoussane, the mayor of N’Tilit locality near Gao, was forced to flee when armed men claiming to be members of the separatist National Movement for the Liberation of Azawad (MNLA) rebels took control of the village. He described the gunmen as “thieves and bandits” intent on causing fear.

“They are all over town. Some of them are responsible for looting shops and people’s homes in Gao during the rebel takeover. During the occupation they fled to refugee camps in Burkina Faso and now they have returned,” he told IRIN.

Since the armed men entered N’Tilit, aid NGOs have kept off.

According to a food security assessment in March, 945,284 people are currently food insecure in Mali’s north. This number includes 257,859 in phase IV or an emergency phase, and 687,425 in phase III, which is defined as crisis. The survey includes the regions of Gao, Kidal, Timbuktu and four districts in the region of Mopti where large communities of IDPs remain.

While those displaced from northern Mali have gradually been returning since the ouster of Islamist insurgents in early 2013 after a nine-month occupation, many are still worried about their safety and some have been forced to flee once more.

“Tensions within communities and concerns of retribution mean people do not feel safe to return home. The constant power shifts - one day an area belongs to the rebels, the other day it is back in government hands - means people might feel secure one minute, the next they are inclined to flee again,” said NRC’s Weir.

Factional rebel clashes have also driven people from their homes. Husseini Dicko and his family fled inter-rebel clashes to settle in the open along the shores of River Niger near Gao where survival is a daily struggle. 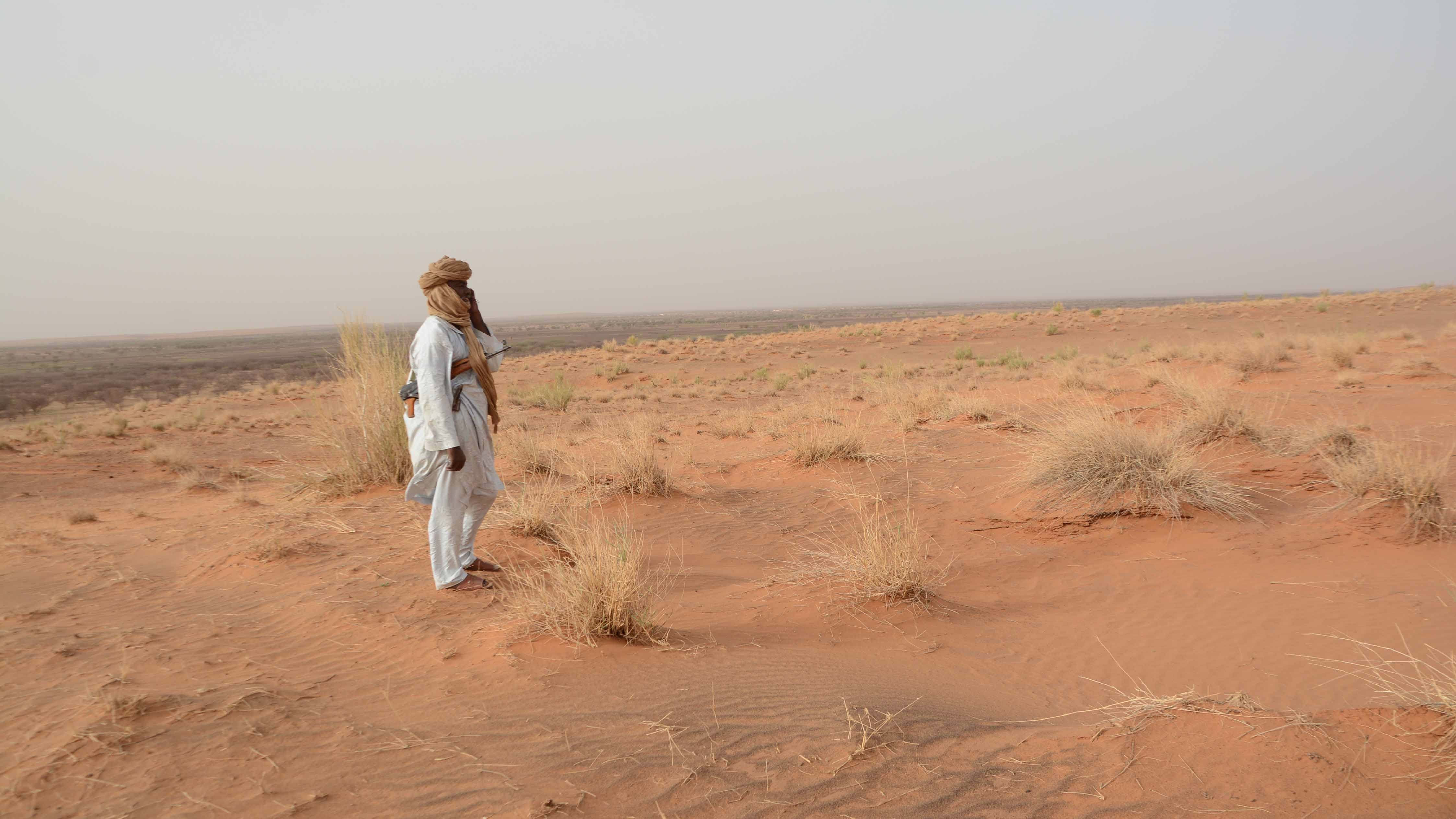 “It is not our land. We have no right to farm here. Even if there is fish in the river we can’t catch it because it belongs to the villagers,” said Halima Dicko, Husseini’s wife.

In Bandiagara, a district in the central Mopti region, one the worst hit by food scarcity, people have been forced to cut meals and sell items to survive. Last year, rains failed in many areas across Mali. Usually at their heaviest between June and September, they arrived late and ended early in Bandiagara.

“People have already started leaving Bandiagara, searching for work in towns and on farms in neighbouring districts,” said Fatoumata Maiga, who works with Oxfam in Gao. “Some families have started selling their cattle at low prices simply to survive. Most have reduced their intake of food. The majority of households are now only consuming one meal per day instead of three.”

Herders do not have enough water for their animals, said Wanalher Ag Alwaly who works for the US Agency for International Development (USAID) in Gao. “Already forced to slaughter some of their animals to feed their families last year, they have no choice now but to sell them at a very low prices.”

Algateck Ag Ouwaha, a community leader in N’Tilit, told IRIN that many herders are too afraid of bandit attacks to venture more than a few kilometres from their villages. As a result, they are concentrated in a small area, where pasture is fast running out.

“Grazing land is becoming scarce and sometimes herders are forced to cross into areas belonging to other pastoralists, with the risk of clashes,” he said.

Markets are also starved as people are unable to travel out of towns as the roads are unsafe for traders due to risks of banditry. Road tolls for trucks coming from Kidal to Gao have also doubled since last year, putting off many hauliers.

“We take huge risks, first leaving Kidal where we risk being attacked by bandits and then you never know who is guarding the checkpoints,” said a Gao truck driver who only gave his name as Soumeila.

Recurrent clashes, difficulty in resolving the crisis in the north, displacements and attacks have complicated humanitarian operations and increased the suffering of civilians in the vast arid region.

The UN peacekeeping mission in Mali, which is tasked with helping the country back on its feet after the political and security crisis triggered by the March 2012 armed coup, is around 3,000 troops short of its full strength of 12,000.

*Correcting paragraph 10 to remove sentence implying that WFP staff and trucks were attacked.