Momina Ali is a teenager in one of the toughest and hottest places on earth - Ethiopia’s Afar region where average annual temperatures hover around 35 degrees Celsius. Increasingly intermittent rainfall in her village, Anderkelo, means that every three or four days Momina takes a day off school to search for water. In future the chances are that Momina’s treks for water could take even longer, depending on how rising temperatures affect the rains around her village and hence its water table.

In 2015 global policymakers aim to take decisions which may affect the futures of people like Momina. The outcome of the December 2015 UN Framework Convention on Climate Change (UNFCCC) meeting in Paris, new development goals, and the successor to the Hyogo framework on natural hazards will be key.

The climate deal will only be implemented in 2020, according to an agreement countries adopted in Durban in 2011. It will be the culmination of almost two decades of international negotiations. But before that can happen, a draft deal needs to be prepared for the penultimate UNFCCC conference (COP20) in Lima, Peru, in December 2014.

“In an ideal world, the deal would be based on the premise that the biggest polluters agree to shoulder the greatest share of global emissions’ cuts, and commit to providing finance to support countries most affected by climate change - though presently governments are still a long way from agreeing to anything this ambitious or fair,” said Sven Harmeling, Care International climate change advocacy coordinator.

One crucial element involves discussions about how much money will be provided by each developed country to help poorer countries like Ethiopia adapt to higher temperatures and erratic rains. The deal, if most poor countries have their way, should help Momina’s village access technology that could: make it easier to find water closer to home; provide early drought or other warnings; and open up new channels of support to help tackle climate-related losses, for instance, if people need to migrate.

A key question is how much each country would be willing to cut back on its greenhouse gas emissions to keep global temperature rise to less than 1.5 degrees by the turn of the century.

“Momina, in all probability will have to move,” said scientist Saleemul Huq, a senior research fellow with the International Institute for Environment and Development and a member of the Intergovernmental Panel on Climate Change (IPCC). “An increase in temperature over the next 20 to 30 years has already been locked in, regardless of the outcome in Paris on reducing emissions. People like Momina who are living on the edge will have to move in less than a decade.”

But her family can hope to get some compensation for the “loss and damage” to their lives on account of rising temperatures should an appropriate decision be taken in Paris, said Huq. The decision on how much to cut emissions will have a long-term impact on the earth “beyond 50 years, to a 100 years”, he said.

The need for a regular flow of adequate funds and technological support for adaptation has been an emotionally fraught issue in the negotiations.

Some developing countries are considering including pledges on their planned adaptation actions in their intended Nationally Determined Contributions (iNDCs), the primary focus of which will be the amount of emissions they intend to cut beyond 2020. Many countries are stressing the importance of National Adaptation Plans (NAPs), which will form the basis for drawing funds from rich countries.

The proposal by the African Group, to establish a global adaptation goal which would ensure adaptation support is provided based on expected levels of global warming, would be a positive step, said Harmeling.

"The promise of finance for adaptation is like the perpetually-dangling carrot that the developing countries can never reach no matter how much they do. They are being made to look like donkeys by the rich nations who have demanded adaptation policies, plans, and actions, but have reneged on their promise to pay for it," said Harjeet Singh of ActionAid.

Support for agriculture, which is seen both as a victim and a cause of climate change, is another vexed issue.

Agriculture is the cause of emissions of particularly damaging greenhouses gases, such as nitrous oxide and methane. The IPCC estimated in 2007 that agriculture accounted for 13.5 percent of all man-made greenhouse gas emissions. The latest IPCC assessment (dated 2014) bunches emissions from agriculture and forestry and other changes in land-use such as deforestation and says they account for 25 percent of man-made emissions.

But climate change also threatens agriculture, which most developing countries' populations rely on for income, and global food security. The 2014 IPCC assessment indicates that where local temperatures rise beyond one degree Celsius, yields of major staples such as wheat, rice and maize will drop by up to 2 percent per decade from 2030 onwards; and rising temperatures and erratic rains will contribute to an increase in food prices of up to 85 percent by 2050. Many poor farmers are already experiencing the impact of increasingly variable rainfall. 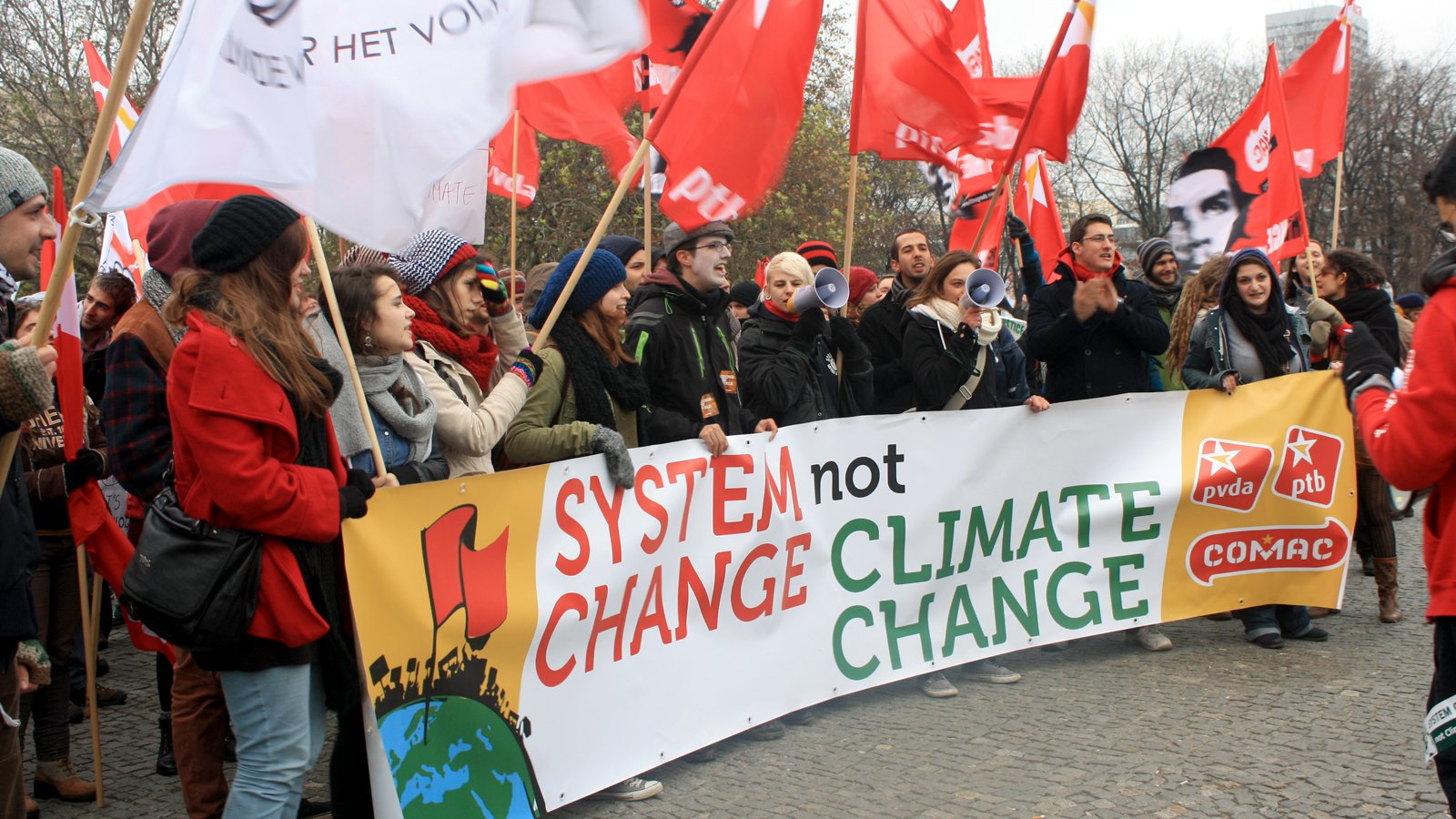 Some at the UN talks emphasize the need to reduce agriculture-related emissions.

However, "some groups are concerned that a focus on the ability of soils to temporarily absorb carbon could lead to new `carbon land grabs' by greedy investors interested in carbon trading. Rich countries cannot shift their mitigation responsibilities to small farmers in poor countries, because they have done the least to cause the problem, and they need the most help to adapt," said Singh.

As a compromise, a separate programme was created for agriculture under the UNFCCC's Subsidiary Body for Scientific and Technological Advice (SBSTA). Most of the conclusions under this programme have been on adaptation for agriculture, said Harmeling. They include “development of early warning systems and contingency plans in relation to extreme weather events and its effects such as desertification, drought, floods, landslides, storm surge, soil erosion, and saline water intrusion”.

For poor countries "loss and damage" incurred as a result of a changing climate - with citizens forced to relocate or compromise their cultural identity and human dignity - are crucial issues.

A mechanism to address loss and damage associated with climate change impacts was established at the last COP in Warsaw in 2013, but progress has been slow. Developing country negotiators are concerned that the mechanism should not end up an empty shell but be given technical and financial teeth to support vulnerable communities, while concurrently tackling the causes and consequences of loss and damage, said Harmeling.

Countries have been asked to provide their input on what specific actions the mechanism should begin to address next year. Agreeing on a work plan on the mechanism, as well as on how to build it up further will be a key decision for COP20. Harmeling believes, however, that the issue will be strongly contested.

"Let us remember that Loss and Damage is a litmus test of successful actions on mitigation and adaptation. Decades of inaction have led to unavoidable loss and damage which countries are facing now, and will face even more if we don't act quickly," said Singh.

Money is simply not going to be enough to help people like Momina, said scientist Koko Warner, section head of environmental migration, social resilience, and adaptation at the UN University. “Whatever the outcome of Paris, IPCC findings indicate that `there is no guard rail’ for the earth´s climate systems…”

The new IPCC assessment finds that “climate change poses a moderate threat for current sustainable development, and a serious threat to sustainable development in the future,” she adds. “Momina won´t be saved by Paris. Paris will set a critical signal and will hopefully be a watershed in international cooperation and will. But it will take multi-level, serious, consistent transformation of the world´s energy systems and adaptation at a scale not yet seen to avoid irreparable loss and damage.”

There is a growing recognition among scientists that as the earth faces an unprecedented rate of warming we will be, or are already being, exposed to situations to which we will be unable to adjust or adapt.