Last month the Myanmar government published a religious conversion bill in the state-owned newspapers, requesting input from citizens. The publication follows a pro-bill campaign spearheaded by a group of Buddhist monks called the Organization for Protection of National Race and Religion in 2013.

Calling the draft law a breach of “every tenet of religious freedom”, Human Rights Watch said it meant “any Burmese citizen who plans to change religion must seek a series of permissions from local representatives of government departments, including the Ministries of Religion, Education, Immigration and Population, and Women’s Affairs, and wait 90 days for permission to be granted.”

Heiner Bielefeldt, the UN special rapporteur on freedom of religion or belief, said: “State interferences into the right to change one’s religion or belief are per se illegitimate and incompatible with international human rights standards.”

The Ministry of Religious Affairs drafted the law as part of a series of four - related to religion, marriage, polygamy, and family planning- making up a legislative package "on the protection of race and religion." The latter three have not yet been divulged.

Buddhist monks have considerable political stature in Myanmar: They were major players both in the struggle to regain independence from British colonial rule and in democracy movements, including the "Saffron Revolution," months-long protests in 2007 against the then-military government.

At a 13 June press conference in Yangon, U Wirathu, an influential and well-known monk who has sparked fierce criticism for his anti-Muslim speeches, told reporters: "I have dreamed of this law for a long time. It is important to have this law to protect our Buddhist women’s freedom."

Some Buddhist people - the majority of Myanmar's 60 million population - welcome such a move in what the International Crisis Group (ICG) has called a "context of rising Burman-Buddhist nationalism" being pushed by a monk-led "populist political force that cloaks itself in religious respectability and moral authority."

While rights activists flay the bill, saying it could allow the government excessive control over Myanmar’s aggrieved Muslim and Christian minorities, Burmese citizens have had diverse reactions to the proposal - particularly as it relates to protecting women’s religious rights when they marry.

“The law of religious conversion is needed for some reasons. For example, there can be some people who convert [to Buddhism] with ill will to tarnish its image ... or to create a conflict. Such [a] person should be [punished] by the law.

“There are many cases in communities that Buddhist women face [a] hard time when they marry men of another religion.

“When they get married, Buddhist women are [often] forced [by their communities] to convert to the religion of their husbands. If they refuse to, they start facing problems or losing their rights.

“There should be laws that protect anybody from being forced to convert to other religions. But lawmakers must ensure that the laws do not favour any race or any religion. It must protect everybody.”

“I don’t think we need such laws. Religious conversion has nothing to do with the government. Religion is just an affair of an individual in which the government shouldn’t put their finger. There is already a law that will take actions against those who create religious conflict. We don’t need another law. 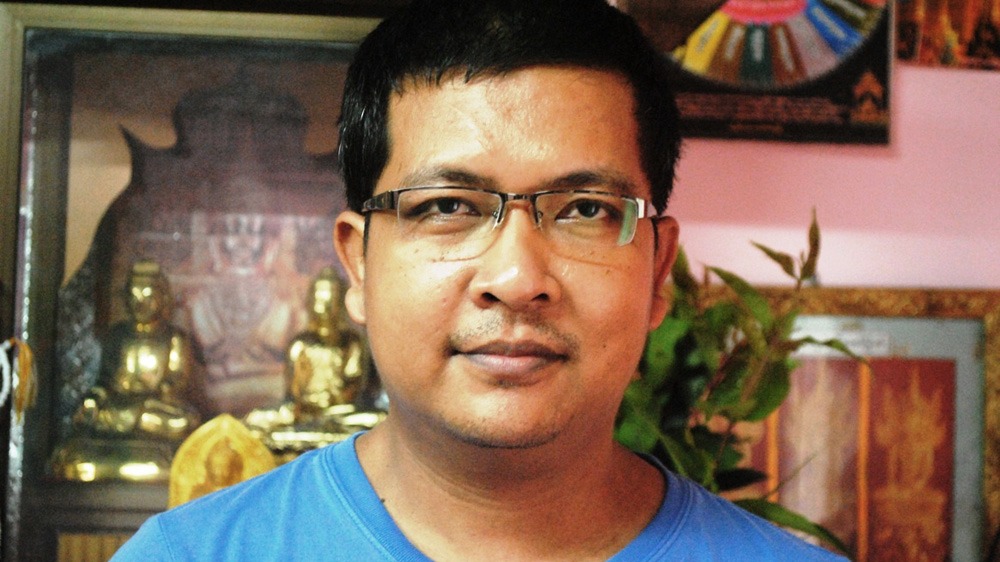 Photo: Lynn Maung/IRIN
We hear about Buddhist women being forced to convert when they marry

“Religion should not be a tool to judge the marriage. Any kind of laws that will be passed should not deny the rights of people.”

“I faced hard times shortly after we got married. My husband’s parents tried to force me to convert to Islam, but I strongly refused to do so.

“My husband understood me and he told his parents not to force me like that. He allows me to continue to be a Buddhist. But I think I’m one of a few lucky Buddhist women. I’ve seen some unlucky women who had to believe what their husbands believe.

“But I had bad relations with his relatives. In Meiktila [where violence between mobs of Buddhists and Muslims erupted in 2013, leaving more than 40 people dead and over 12,000 displaced] there are very few inter-faith marriages like ours.

“I think there should be some laws that protect women of any religion from being forced to convert to the religion of their husbands… What we really need is a law to protect all wives from domestic violence.”

“I think a religious conversion law is needed. Otherwise, our religion can be insulted by anyone. Regarding inter-faith marriage, I like that idea.

“We Buddhist women should be protected by laws so that we don’t have to have problems when we marry. I’ve heard many stories about the problems of some Buddhist women who were forced to believe what their husbands believe.”

“When looking at the [religious conversion] bill mentioned in the newspaper, I see there are several things to be amended, deleted, and added.” [She declined to elaborate].

“Our country doesn’t need the religious conversion law. An individual’s religious beliefs are not the concern of the government. It’s not their business.

“Belief can be changed any time. It cannot be fixed… You believe one religion now. But you can convert to another religion later on. [The activist won the International Women of Courage Award, a US government distinction, in 2012.]

“From our side, we’ve been against that [the conversion bill and the three other related bills] since the beginning.

“For criticizing like that, we’ve received threats from some people through [text messages].

“Some messages sent to me are like ‘you’re the wife of a Kalar [derogatory term for people who appear South Asian], ‘you’ll be killed unless you stop.’”

“The intention to safeguard race and religion is good, but [a] religious conversion law is not needed. It’s not practical. It even threatens freedom of religion.

“The situation will get worse if there are religious police who will inspect whether you really believe in a certain religion.

“For criticizing such bills, we [civil society groups] have received threats from some people.”