Six years into the resettlement of tens of thousands of Bhutanese refugees to third countries from camps in Nepal, experts say there are lessons from the operation that can inform similar efforts around the world.

Since the launch of the programme in late 2007, more than 86,000 of the 108,000 Bhutanese refugees in Nepal have been permanently resettled in eight countries - the United States, Canada, the Netherlands, Denmark, Australia, Norway, New Zealand, and the United Kingdom - making the operation among the world’s largest of its kind.

“The main lesson from this refugee situation has been that strong commitment and cooperation of the states can help unlock protracted refugee situations,” Cecile Fradot, senior protection officer at the UN Refugee Agency (UNHCR) Nepal office told IRIN.

A protracted refugee situation (PRS) refers to a situation in which refugees have lived in lived in exile for five years or more, and where there is a low likelihood of resolving their situation in the near future, according to the PRS Project a joint research initiative by Oxford University’s Refugee Studies Centre, the Norwegian Institute of International Affairs, and the Internal Displacement Monitoring Centre of the Norwegian Refugee Council.

The first refugee camp in Nepal was set up in 1990 after thousands of ‘Lhotsampas’ (ethnic Nepali Hindus) fled neighbouring Bhutan, fearing for their lives after the Bhutanese government introduced new citizenship rules.

By 1996 the camp population had swelled to more than 100,000 and 15 rounds of talks between Nepal and Bhutan had failed to resolve the issue.

In 2007, a group of donor governments – initially comprising Australia, Canada, Denmark, Norway, the Netherlands, and the US, and today including the UK and New Zealand – announced they would “resettle, over a number of years, substantial numbers of refugees who chose this option”, Fradot said.
The number of refugee camps in eastern Nepal grew to seven, but with so many people opting for third-country resettlement, the camps were later consolidated into two: Beldangi in Jhapa district and Sanischare in Morang District.

A young Bhutanese refugee looks to the camera at one of two remain remaining refugee camps in eastern Nepal. Since late 2007, more than 86,000 have received third country resettlement 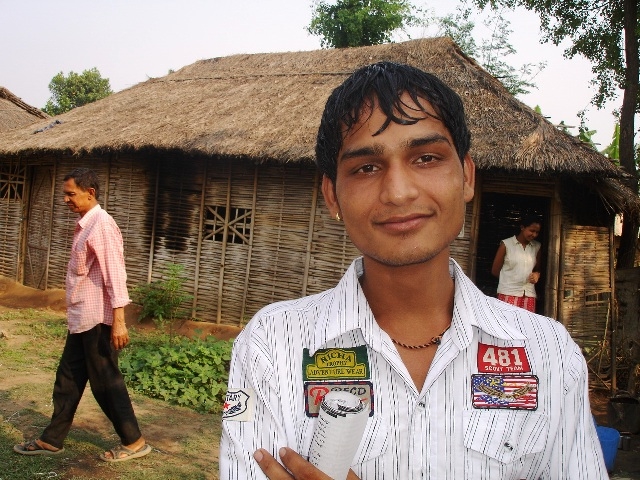 The programme in Nepal is still one of the world’s largest. “Refugees who wish to resettle will be resettled as soon as possible, but the resettlement process may still continue for years,” said Kensuke Matsueda, a spokesperson from the International Organization for Migration (IOM), a partner in the resettlement operation.

According to UNHCR, by mid-2013 Nepal was the top departure country for third-country resettlement, and 5,400 Bhutanese refugees left in that year, mainly for the United States.

In 2006 and 2007, UNHCR and the Nepalese government undertook verification of the refugees from Bhutan and conducted a census of those living in the seven camps. “Through this exercise, an accurate record of the number of refugees as well as detailed information of each individual, including a photograph, was collected and recorded. Ensuring the integrity of the resettlement process is critical to sustaining the… programme,” Fradot said.

“The registration and verification process was conducted before resettlement was even talked about, so the data is clean – the process didn’t involve a lot of people fraudulently trying to get on the list,” said Kendra Rinas, deputy manager of the IOM Resettlement Support Centre in Damak, in eastern Nepal.

Caroline Marschilok, a researcher from Duke University in the US who visited a camp near Damak in 2013, reported: “These refugees [now] face a different type of fear, as migration is once again altering the course of their lives. Resettlement weighs heavily on refugees’ minds and often leads to anxiety.”

A 2011 study by the government of New Zealand, which has welcomed 860 Bhutanese refugees, found that some people in the camps were anxious about the practicalities of transit to a new country. “Most people we spoke to had little travel experience other than that of expulsion from Bhutan and trucking across India to the south of Nepal,” the report’s authors noted.

A young woman looks to the camera at one of two remaining Bhutanese refugee camps in eastern Nepal. Since late 2007, more than 86,000 have received third country resettlement 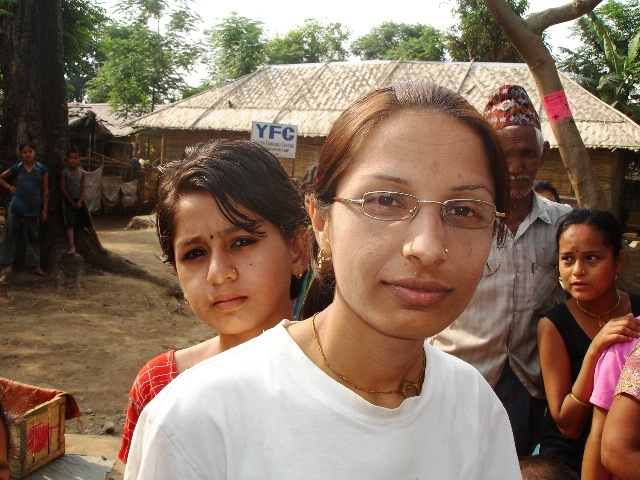 The logistics of moving tens of thousands of people who have lived in a refugee camp with limited autonomy for many years are complex.

“We are responsible for procedural steps, including detailed personal history interviews and medical checks,” said IOM’s Rinas. “And then we help with the practical side of resettlement as well, from chartering flights from Badrapur [eastern Nepal] to Kathmandu [the capital], operating the transit centre there, and getting international commercial flights,” she explained.

“The details of travel and transit are extremely important,” said Dmytro Dmytrenko, head of IOM’s sub-office in Damak. “Because of constantly changing weather conditions and the small propeller planes used in Nepal, we can’t guarantee domestic flights will depart every day, so we have to stagger the process and have some time in Kathmandu.”

The IOM Transit Centre in the capital can accommodate up to 400 people per night and is a crucial component of the resettlement process. “Once the refugees arrive at the transit centre, ninety percent of the training is about how to ride in an airplane and move through an airport,”he said, noting that IOM has staff to help refugees in transit at several major hub airports around the world.

An official statement in July 2013 by Nepal’s Ministry of Foreign Affairs during a visit to Geneva expressed the government’s gratitude to UNHCR for its work in maintaining the refugee camps in Nepal and resettling the Bhutanese.

Pointing to resettlement operations, Madhav Prasad Ghimire, Nepal’s minister of foreign affairs, remarked on 18 December 2013, “I would like to appreciate IOM Nepal for all these good works it has carried out in this country.”

UNHCR’s Fradot said, “This has only been possible due to the incredible generosity of the resettlement countries, the resilience of the refugees, the great support of the government of Nepal, and the exemplary partnership with IOM.”

According to UNHCR, in 2013 there were 11.1 million refugees worldwide, with an estimated two-thirds in protracted situations in recent years.