Thousands of Rohingyas from Myanmar are fleeing persecution to countries elsewhere in the region, underscoring the need for a stronger regional solution, activists and experts say.

"A coordinated and immediate regional response will put pressure on the government to do more to ease the plight of the Rohingya people and prevent the situation from spiralling out of control," Joey Dimaandal, a programme associate for the South East Asia Committee for Advocacy (SEACA), a capacity building network for community-based organizations in Southeast Asia, told IRIN.

More than 35,000 people have fled by boat over the past year, recent estimates suggest, while others believe the real number is much higher.

"The numbers are much more," said Chris Lewa, head of the Arakan Project, a Rohingya advocacy group. "Many have fled overland. Many countries have been affected."

"The human toll has been enormous, dragging [on] over several decades, and it is bound to continue in the absence of a coordinated, strong, and immediate international response," said Matthew Smith, the executive director of Fortify Rights International, a US- and Swiss-registered Myanmar research NGO.

"Many southeast Asian countries fear that providing a hospitable reception to Rohingya refugees will simply encourage more to come, especially given their desperate situation in Myanmar and the hostile responses of other countries in the region," said Melanie Teff, a senior advocate for Refugees International (RI).

Since October 2012, an estimated 785 Rohingyas have drowned at sea in an attempt to reach safer shores in Thailand, Indonesia, Malaysia and Australia, RI reports, compared to 140 in 2011, while in Bangladesh, assistance remains limited for an estimated 300,000 who fled across the border years earlier, says Médecins Sans Frontières (MSF).

Others have made their way to India and Nepal, and even Timor-Leste.

At the same time, nearly 2,000 Rohingya men, women, and children are now in immigration detention centres and government shelters in Thailand.

ASEAN could do more

In October 2012, Surin Pitsuwan, secretary-general of the Association of Southeast Asian Nations (ASEAN), said the issue could potentially destabilize the whole region. However, ASEAN has yet to propose any real initiatives to address the issue.

"Comprehensive solutions must be found for the Rohingya outside of Rakhine State," said Vivian Tan, spokesperson for the UN Refugee Agency (UNHCR). "In the spirit of responsibility-sharing, countries should allow these boatpeople to disembark, and to receive temporary assistance and protection until longer-term solutions can be found."

While the agency continues to advocate reconciliation between the Muslims and Buddhists in Rakhine, along with amendments to Myanmar's repressive 1982 Citizenship Law, which locks some 800,000 Rohingyas into statelessness and curtails basic citizenship rights, Rohingyas continue to face forced return, detention, and abuse when seeking asylum across borders.

The recent abolition of the abusive border military force Nasaka has been applauded by the UN, but the spillover of Myanmar's internal conflict into at least five of ASEAN countries demands a regional solution, say analysts.

Indonesia and Malaysia have issued public statements condemning Myanmar's treatment of the Rohingya, but no country appears ready to accept them.

"Governments in the region have essentially criminalized refugee flight," said Debbie Stothard, deputy secretary-general of the International Federation of Human Rights, an international secretariat for 178 human rights organizations worldwide, based in Bangkok.

In 2009, the Thai navy towed six boatloads of Rohingyas (over 1,000 people) back to the Andaman Sea where they were left without food, water and fuel, and were eventually picked up by the Indonesian navy, according to the People's Empowerment Foundation, a Thai grassroots civil society network. 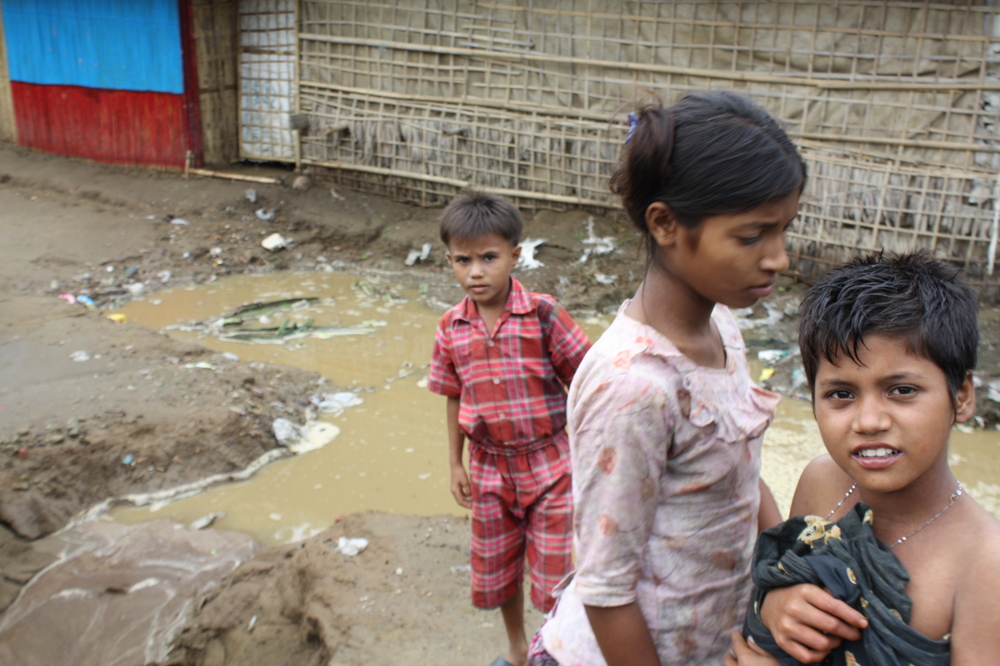 Similar push-backs took place in Thailand in 2011 and in Bangladesh in 2012.

Jakarta maintains that it has never violated the customary international law of non-refoulement; it will not return people whose lives may be in danger if they return.

"Our policy on foreigners who enter the country irregularly seeking asylum is clear. We have never turned them back to their countries of origin. We respect their rights as asylum seekers," said Muhammed Anshor, the Indonesian Foreign Ministry's director of human rights and humanitarian affairs.

However, the fear of the pull factor - or encouraging more Rohingya migration into a country, continues to prevent any ASEAN country from taking the initiative.

"The fear is that a formal regional policy would encourage more arrivals, so there has not been an official response," said Panitan Wattarayagorn, the former Thai government spokesperson for former Prime Minister Abhisit Vejjajiva.

This fear has a provoked "a conscious effort in some states, like Thailand, to deny them refugee status or to keep them marginalized, like in Malaysia and Indonesia," said Robertson.

But if ASEAN governments can establish a responsibility-sharing mechanism to provide temporary asylum for Rohingyas, it may mitigate the pull factor, RI's Teff says.

"This is why a coordinated regional response is necessary - one which includes an agreement between countries in the region about how they will receive and respond to the needs of refugees," said Teff, who stressed that ASEAN member states need to press the Myanmar government to issue its plan to promote peaceful coexistence, end segregation, and facilitate voluntary and safe returns of Rohingya to their homes in Rakhine State, while amending the 1982 Citizenship Law "to ensure all persons in the country have equal access to citizenship and civil rights."

In the meantime, on humanitarian grounds, it is imperative that "ASEAN member states permit Rohingya asylum seekers to access their territories and grant them a legal status," she added.

At the 14th ASEAN Summit in 2009 there was discussion of the need to cooperate to find a solution for the Rohingya boatpeople. Known as the Bali process, its main purpose was to decrease transnational crimes such as smuggling and illegal migration.

But the relegation of the Rohingyas' plight to the Bali process "downgraded people fleeing persecution, and now mass atrocities, to a question of human trafficking," Stothard charged.

Options for regional cooperation for refugees and asylum seekers are limited, given that only two of the 10 ASEAN countries (Philippines and Cambodia) have signed the 1951 Refugee Convention.

"There is no easy solution until ASEAN is more established," said Wattarayagorn. "It is hard for even developed countries in the European Union [to deal with illegal migration]. We still have a long way to go," he said.

Myanmar is expected to chair ASEAN in 2014, and some believe this could provide a platform for a push to end human rights violations against Rohingya.

Thousands of unregistered Rohingya like these were forced to leave the villages they lived for several years and have settled around the Kutupalong refugee camp. UNHCR has requested the government to encourage them to return 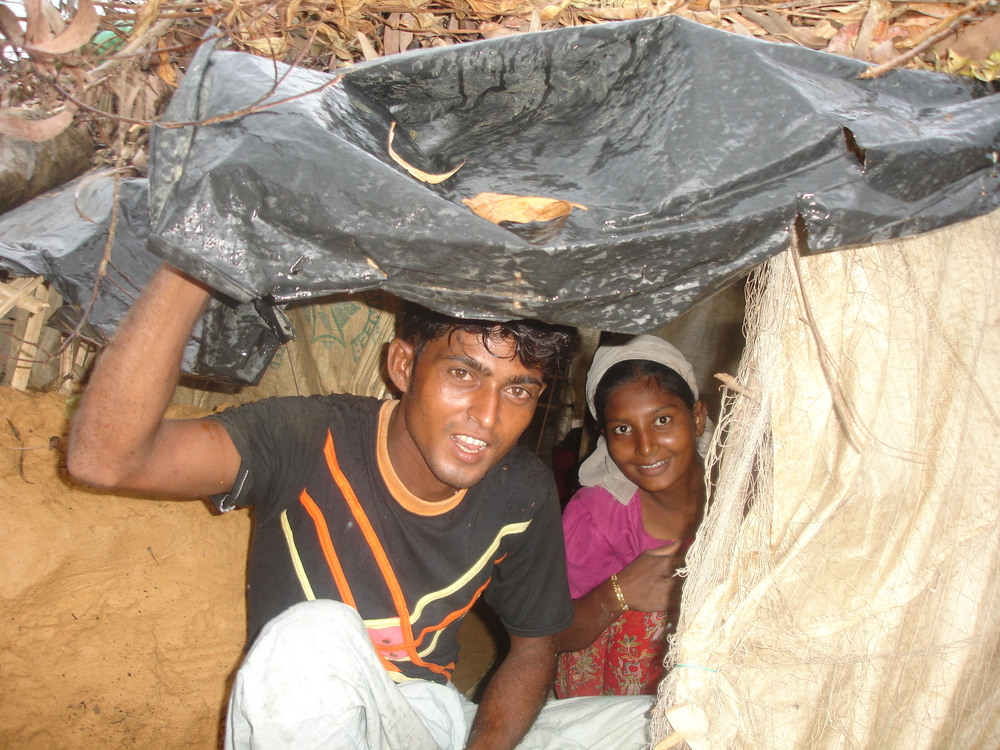 At the same time, refugee campaigners are calling on the international community to proceed slowly in normalizing relations with Mynmar until discrimination against the Rohingyas ceases and there is non-discriminatory access to citizenship for all ethnic and religious minorities.

"The international community has been premature in welcoming the reforms in Myanmar. and as a result, prematurely dropped many points of leverage that should have been maintained [until all human rights abuses stop]," Teff said.

UNHCR is appealing to countries in the region to keep borders open for all displaced persons.

"Longer-term solutions could include eventual return when conditions allow, the strategic use of resettlement, and setting up mechanisms for the Rohingya to regularize their stay where they are, especially if they are economically self-sufficient," said Tan.

"Without a regional solution, there will be more exploitation," Wattarayagorn added.

According to the UN Office for the Coordination of Humanitarian Affairs, close to 180,000 people were affected by two deadly rounds of sectarian violence between Buddhist ethnic Rakhine and Muslim communities in western Rakhine State in 2012.

Of these, 140,000 remain displaced, the vast majority of them Rohingya, living in more than 80 camps and makeshift sites, while an additional 36,000 people are living in 113 isolated villages with little access to basic services.