As asymmetric warfare becomes the norm and military operations take place in ever more urban and densely populated areas, governments are increasingly recognizing the importance of protecting civilians in the midst of conflict. But a large gap remains between the theoretically robust protection provided to civilians by international humanitarian law (IHL) and the realities on the ground.

“We should recognize that there is progress out there, and that we see many more measures taken to limit the risk of collateral damage today,” said Norwegian Foreign Minister Espen Barth Eide at the start of an international conference on the protection of civilians in the Norwegian capital Oslo last week. But, he said, “the sad truth is that despite clear obligations under IHL to protect civilians in armed conflict, our work together to reclaim this protection is more sorely needed than ever.”

The conference, bringing together 94 states and a wide range of humanitarian and military actors, aimed to raise the protection of civilians on the international agenda, organizers said. It is the product of a set of regional workshops held in Jakarta, Buenos Aires, Kampala and Vienna as part of the Reclaiming the Protection of Civilians Under IHL initiative, begun by the Norwegian government in 2009.

“People are always talking about how they are implementing IHL and on the ground it’s a completely different reality,” said Annette Bjorseth, a senior adviser in the Norwegian Ministry of Foreign Affairs’s section for humanitarian and criminal law, and one of the conference coordinators. “The task we were given was to find a way to diminish that gap.”

The conference has resulted in a long list of recommendations adopted by co-chairs Norway, Indonesia, Argentina, Uganda and Austria, which aim to provide a “tool-box” on how to turn IHL from theory into practice.

During the last decade or so, the international community has placed more focus on the protection of civilians. Since 1999, it has been on the agenda of the Security Council and included in the mandate of UN peacekeeping missions. In 2002, the International Criminal Court was created to prosecute war crimes; and in 2005, states adopted the Responsibility to Protect (R2P) doctrine at the UN World Summit.

Compare the NATO military campaign in Kosovo in 1999 to the international military operation in Libya in 2011, Eide said. The latter saw a much more conservative choice of targets. More advanced weapons can also provide better targeting.

Where militaries have introduced policies to protect civilians, casualty figures have dropped dramatically.

For example, civilian casualties by pro-government forces in Afghanistan dropped by nearly half from 1,088 in 2011 to 587 in 2012, according to the UN Assistance Mission in Afghanistan’s 2012 report, after the establishment of a Civilian Casualties Tracking Team in the Afghan President’s Office, information exchange forums between the Afghan forces and the International Security Assistance Force (ISAF) and updated directives on the use of force by international militaries. The African Union Mission in Somalia (AMISOM) has also succeeded in reducing civilian casualties in its more recent operations.

In recent years, several UN Security Council resolutions have recognized that sexual violence in conflict is not only a crime, but also a threat to international peace and security, and prescribed action accordingly, reflecting “a fundamental paradigm shift”, according to Tonderai Chikuhwa, who represented the UN Secretary-General’s special representative on sexual violence in conflict at the conference.

The UN General Assembly in April approved the text of a proposed treaty governing the global arms trade, which has given some observers hope of further steps towards civilian protection.

“The track record of the past 14 years is encouraging, given the significant normative framework that has been developed,” Redouane Houssaini of the Moroccan delegation told IRIN at the Oslo conference.

But despite the advances, aid workers and researchers say civilians are increasingly bearing the brunt of today’s complex conflicts.

"Sadly enough, these fine words and good intentions are rarely matched by the reality on the ground" - ICRC

“Sadly enough, these fine words and good intentions are rarely matched by the reality on the ground,” Peter Maurer, president of the International Committee of the Red Cross (ICRC), said at a March event held at the International Peace Institute (IPI). The fundamental reason for this, he said, was the “huge gap” between those drafting regulatory frameworks and those perpetrating crimes on the ground. “Too often strategies for the protection of civilians developed in multilateral humanitarian fora come with no concrete instruments or clear methods to apply [them].”

In a 2011 report, after four years of study, ICRC identified gaps in the current legal framework’s ability to respond to new developments in armed conflict, but found that “in almost all cases, what is required to improve the victims’ situation is stricter compliance with that framework, rather than the adoption of new rules.”

The same year, a study by the Norwegian Peacebuilding Resource Centre (NOREF), commissioned by the Norwegian government in the lead-up to the conference, found that one major challenge in applying the laws of war was interpreting them in the first place.

For example, one of the tenets of IHL is the principle of distinction between combatants and civilians. The Geneva Conventions protect the latter from being targeted “unless and for such time as they take a direct part in hostilities”. This clause is highly debated in legal circles, and was described in one recent doctoral thesis as ambiguous and “ultimately undermining its humanitarian objectives…

“Not only is there a lack of consensus among belligerents as to whom they can permissibly target during armed conflict… there is still debate among IHL experts as to whom the law protects,” wrote Betcy Jose-Thota of the University of Pittsburgh.

As such, the conference recommended that armed forces consult legal advisers and that IHL be part of practical, scenario-based training within the military before deployment.

The conference chairs urged the UN Security Council to play a larger role in ensuring compliance with IHL as well as international human rights law, by condemning attacks against civilians, imposing sanctions and mandating international commissions of inquiry.

In their statements at the conference, states showed “strong commitments” not to impose unnecessary bureaucratic burdens on humanitarian agencies and not to criminalize their activities through counter-terrorism regulations, said Hilde Salvesen, another conference coordinator who acknowledged: “It’s a long way from a written document to what will actually happen in a concrete situation.”

Despite fears of giving legitimacy to rebels, states also recognized both the need to engage with non-state armed groups, in order to disseminate and encourage adherence to IHL, and the role journalists must be allowed to play to document violations. The safety of media personnel should increasingly be positioned as part of the wider discourse on the protection of civilians, the Committee to Protect Journalists argued.

In the last days of the conflict, many children fell victim 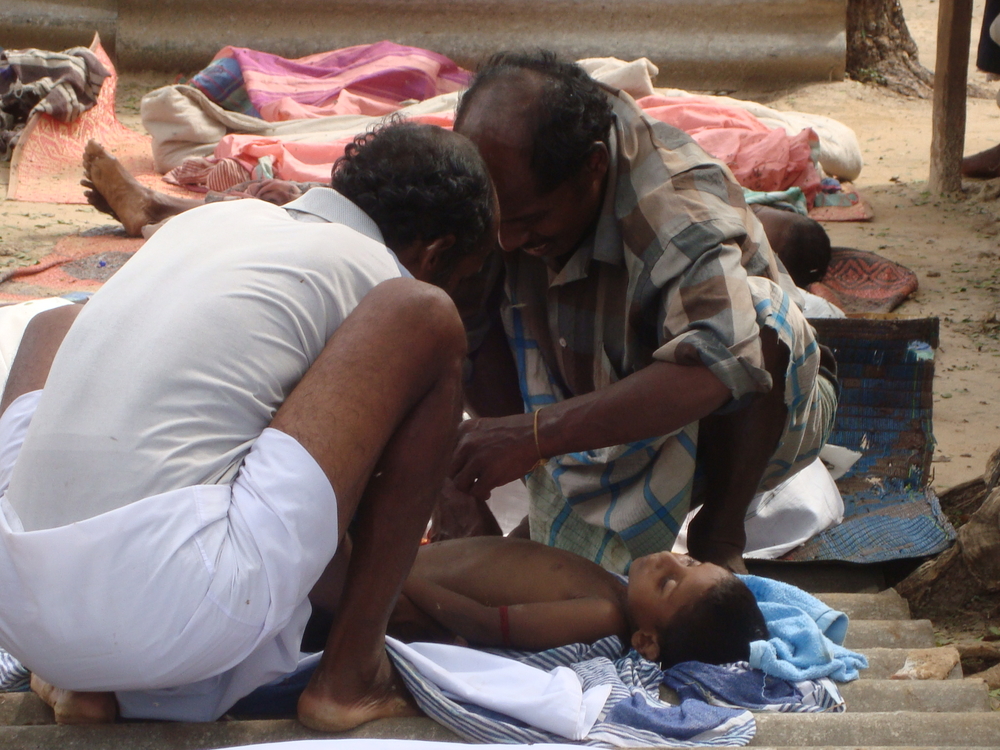 The International Coalition to Ban Uranium Weapons, and other advocacy groups, recommended more attention be paid to environmental contamination and degradation that have negative consequences for civilians in the long term.

“Documenting, communicating and managing environmental contamination must be viewed as a key component of protecting the long-term health of civilians, particularly where the capacity of national authorities to provide these services may be constrained,” they told the conference.

Some participants at the conference also recommended that international actors concentrate more on enhancing the capacity of national governments to sustain longer-term efforts to protect civilians.

“We need to engage with member states in a way that reinforces their own responsibilities to protect civilians,” Michael Keating, former humanitarian coordinator in Afghanistan, said at the IPI event, separate from the Oslo conference.

Keating, now senior adviser at the executive office of the UN Secretary-General, is leading an ongoing study into how the UN can better protect civilians.

He said many UN teams in conflict areas lack “a crucial first step”: protection strategies outlining how to engage with authorities and with member states. Another challenge for the UN is a lack of clear crisis management mechanisms, especially in countries where a UN political mission does not exist. The report into the UN’s alleged failure to protect civilians near the end of Sri Lanka’s ethnic conflict in 2009 found that UN staff on the ground “were very confused” about who to report to at headquarters, Keating said. Finally, UN staff who display personal courage and leadership in protecting civilians should be nurtured, recognized and rewarded, he said.

Chikuhwa said the UN is working with several states to strengthen the rule of law in order to prosecute sexual violence crimes nationally, and improving training to its peacekeepers to prevent and respond to rape in war.

Other initiatives, including the ICRC’s four-year action plan for the implementation of IHL and the Swiss-chaired Group of Friends of the Protection of Civilians, based in New York, are also trying to build international consensus around the protection of civilians.