Investing in preparation for potential disasters is a “no brainer”, Elizabeth Longworth, director of the UN Office for Disaster Risk Reduction (UNISDR), told a recent disaster risk reduction (DRR) conference in Aqaba, Jordan.

And yet a report published last month by the UN Office for the Coordination of Humanitarian Affairs (OCHA) said DRR funding accounts for only 3 percent of humanitarian aid and just 1 percent of all other development assistance.

In total in the last three years, disasters have caused more than US$300 billion of recorded damage.

So, if the scale of the damage is not in dispute, why is DRR not better resourced? Has the funding argument not yet been won?

“Funding is a challenge,” said Jordan Ryan, director of the Bureau for Crisis Prevention and Recovery at the UN Development Programme (UNDP).

“DRR doesn’t always get sufficient funding. Sometimes the donors don’t put a priority on disaster risk. They don’t always come through. So, I think we need even more attention.”

But natural disaster experts are emphatic that DRR funding is fundamentally a good investment. Estimates vary about how much can be saved, but the most conservative figures say that every $1 spent on DRR is worth $4 later on.

One example of the difference preparation can make is in what is now Bangladesh where in 1970 the Bhola cyclone killed up to 500,000 people. Nearly four decades later when another destructive storm hit (Cyclone Aila, 2009), early warning systems, hundreds of cyclone shelters, and disaster volunteer networks helped keep the country’s death toll below 200.

Perceptions of the importance of disaster preparedness vary from country to country.

“In Japan people understand this is money well spent,” Kimio Takeya, visiting senior adviser for the Japan International Cooperation Agency (JICA), told IRIN, saying the country had been buffeted by earthquakes, typhoons and floods in the last 50 years: “Everything hit Japan.”

This follows a clear pattern. Governments find it difficult to appreciate risk and the need for risk reduction, until disaster strikes.

“I suppose that if we had won the argument [about DRR funding], we wouldn’t be making the case for increased donor commitment anymore as much as we do, so I guess the simple answer is no, we haven’t won it yet. But I do also believe that it is changing,” said Jo Scheuer, team leader for DRR and recovery at UNDP.

"It is very difficult to convince the political leaders or the people to spend money before the disaster. This needs something like far-sightedness", Kimio Takeya, JICA

“The recent events, including in Japan and US, have shown clearly that they disasters affect everybody. It is an increasing risk that we are facing, particularly in terms of climate change, and if you look at the global discussions around also humanitarian aid and the resilience debate, there is a clear movement - I would say a political will - to move away from just responding to humanitarian crises or disasters, to actually building resilience.”

For donors, agencies like UNDP make the argument that DRR spending can be a means of reducing the long-term emergency humanitarian aid needed annually to deal with each new natural disaster.

“Donors are now increasingly putting money into preparedness and resilience, so that there aren’t only these millions of dollars that are for response, but that you can actually prepare countries beforehand for building their resilience, particularly in urban cities, where there’s growing infrastructure and the risk of massive potential economic damage,” Aditi Banerjee, disaster risk management specialist in the Middle East and North Africa (MENA) region at the World Bank, told IRIN.

But beyond donors, experts say there needs to be a change of attitude in governments, which find it difficult to reallocate funds from areas like health and education to DRR.

“Of course it is very difficult to convince the political leaders or the people to spend money before the disaster. This needs something like far-sightedness,” said Takeya.

He has been looking at the impact of DRR spending on GDP growth. “We are modelling and trying to calculate and analyse for each country. There’s a definite positive pattern - we can show the evidence that… your GDP growth will go down without DRR investment,” he said.

Convincing governments that they are not yet spending what they should on DRR is crucial, said Longworth.

“The sustainability of DRR is when budget-holders, whether they be governments, local governments, or other entities actually start re-orientating their budget allocations to DRR, and that’s why we’re putting so much attention on the economic case. It is absolutely well established now that the scale of economic losses from disasters justifies significantly more investment in reducing risks.”

More data, a growing awareness of the link between the scale of a disaster and preparedness, and international initiatives like the Hyogo Framework for Action (HFA), agreed in January 2005 just after the Indian Ocean tsunami, have helped change perceptions about DRR.

For Banerjee at the World Bank, even in the MENA region, which has been less affected by natural disasters than others, thinking is clearly changing.

“To me this shift has been the most intense in MENA, because MENA is not typically a region that is like Asia or Latin America that is hit by a disaster every few months. It’s hit by big disasters but over time, which is why sometimes the institutional memory is forgotten. But in the five years that I’ve been here there’s been so much more dialogue on this.”

One potential source of funding for DRR projects that garnered a lot of interest from delegates at March’s first DRR conference in the Arab world is climate change resource streams. 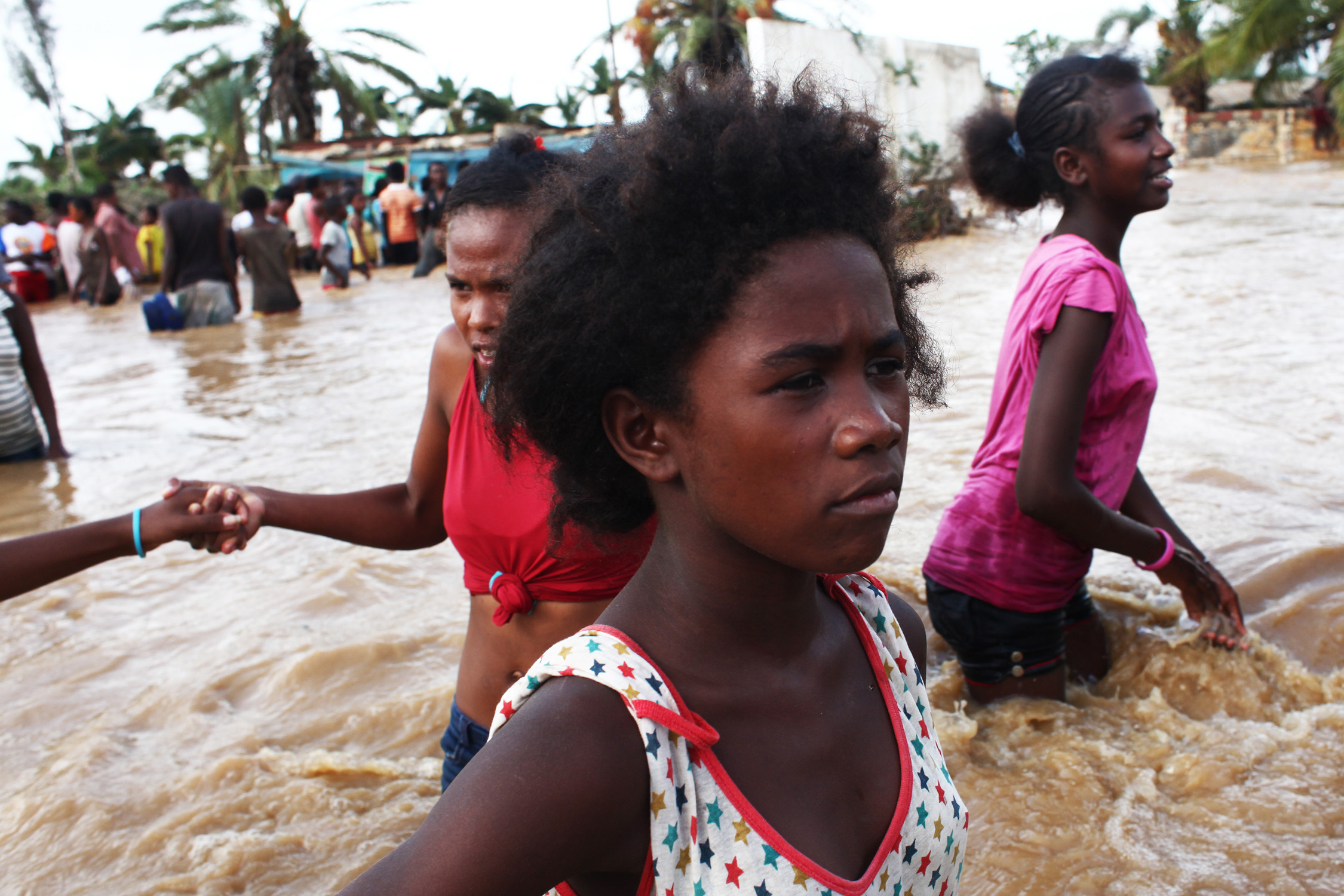 “This is already happening. If you look at some of the projects, programmes, entities that have been funded from the various existing financial instruments related to climate change adaptation, many of those activities are actually classic DRR activities - from early warning systems to agricultural livelihood measures and so on,” said Scheuer.

The UN Framework Convention on Climate Change (UNFCCC) is in charge of three climate funds: the Adaptation Fund, the Least Developed Countries Fund, and the Special Climate Change Fund, set up under the Kyoto Protocol to offset the negative effects of climate change in the developed world.

The first two projects under the Adaptation Fund were to help handle rising sea levels in Senegal, and water management in Honduras.

Another recent US$7.6 million project in northern Pakistan funded by the Adaptation Fund is to help communities better prepare for sudden glacial lake flooding.

“If it’s rising sea levels, or depleted water table, when you address it, you are reducing the risk, you’re also anticipating what’s coming in terms of global warming,” said Longworth.

Several Pacific countries are drawing up joint strategies at a national level to tackle DRR and climate change adaptation together.

“The issue here is not that you get a transfer from the climate pots into the disaster pots of money. The issue is that programmatically and substantively speaking, we make sure that we have the synergies between those two funding streams,” said Scheuer.

“It doesn’t matter where the money comes from; it matters that we address the issue of risk and build resilience,” he said.

But preparedness is not all about big money - much DRR work, experts stress, can be relatively cheap things like training volunteers, teaching basic first aid techniques, and making better use of tools like mobile phones that many people already have.

Sometimes it can even just be a question of remembering former ways of living that were more resilient in terms of natural hazards.

In Japan, flood prone areas in traditional communities normally had an elevated building somewhere in the area that people could escape to, with second floors commonly storing a boat to help residents escape.

In reality, it is very difficult for governments to grasp the value of DRR until they have been the victim of a major disaster.

In the case of Algeria, it was only after the Boumerdès earthquake of 2003 and the deaths of around 3,500 people that the government beefed up regulations for the construction of schools and hospitals, according to Hichem Imouche from the country’s Ministry of Foreign Affairs.

The same thing happened after the 1923 Great Kanto earthquake, which levelled most of Tokyo. Building regulations were strengthened again in Japan after the Great Hanshin earthquake near the city of Kobe in 1995; rubber blocks were placed under bridges and earthquake proof shelters constructed.

“Once disaster happens it is of course a bad situation but it is a chance to revise the way of thinking,” said Takeya.

No doubt the debate will move forward when DRR experts and officials meet on 19-23 May for the Fourth Session of the Global Platform for DRR in Geneva, Switzerland.