China, which annually faces almost every disaster possible - including earthquakes, floods, cyclones and landslides - is doing something right in the field of disaster risk reduction (DRR), experts say.

"China has learned from the experience of many years of heavy human and economic losses how important it is to put a cap on annual acceptable losses if it is to succeed in protecting its economic and social development. It is now aiming to keep disaster losses at no more than 1.5 percent loss of GDP,” UN Special Representative of the Secretary-General for DRR Margareta Wahlström told IRIN on 29 April. “They are the first government in the world to publicly announce such a move and we hope others will follow this example.”

“The Chinese government sees the importance of DRR and response,” Karen Poon, operations coordinator for the disaster management unit of the International Federation of Red Cross and Red Crescent Societies (IFRC) for the Asia-Pacific, echoed, “and are putting a lot of effort into it.”

In 2012, the world’s most populated nation, home to more than 1.3 billion inhabitants, saw 23 natural disasters or almost two a month, the Centre for Research on the Epidemiology of Disasters (CRED) reported, with statistics suggesting a downward trend in fatalities over the past decade.

In 2012, 771 people were killed in natural disasters against an average of 1,046 from 2002 to 2011, while the average number of people affected is also falling, the centre reported.

Much of China’s efforts are focused on the National Committee for Disaster Reduction (NCDR), which coordinates 34 bodies including government ministries, departments and the Chinese Red Cross. This centralized network is then replicated at the local government level.

NCDR is responsible for all aspects of disaster reduction and relief, from early warning to post-disaster reconstruction. It is advised by a board of over 100 disaster experts and works closely with the National Disaster Reduction Centre of China (NDRCC), an agency providing information and technological support, including a national disaster database which local civil affairs departments access to enter details about the disaster.

Emphasis is placed on cooperation and coordination particularly in emergency response, which is led by the public security bureau, police and military, and supported by the Red Cross and other volunteer groups.

For Poon, the coordinating nature of the NCDR and its inclusion of the Red Cross are fundamental to China’s DRR success.

“It is this coordination which stands out when a disaster happens - who is doing what on the ground” - said Poon.

China’s DRR strategy is driven by the National Comprehensive Disaster Prevention and Reduction Plan (2011-15), which defines the development guidelines, main tasks, and major projects of China's DRR work over a five-year period.

Response to those affected by an earthquake on 20 April 2013 in Sichuan was swift. Chinese authorities spend billions of dollars a year on disaster risk reduction 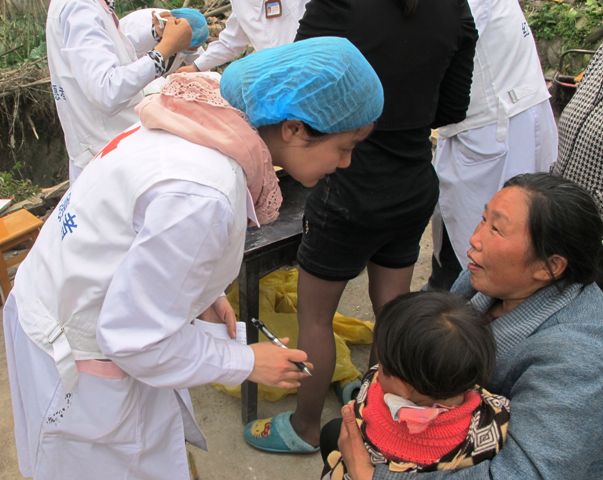 The plan includes the setting of measureable targets and places DRR within the wider development portfolio of the government, strategies experts agree are essential for successful DRR.

“By setting a measurable outcome a government hopes to achieve, it is easier to determine the scale of resources and the mix of investments needed to achieve these outcomes,” said Jerry Velasquez, senior regional coordinator for the UN Office for Disaster Risk Reduction (UNISDR) Asia & Pacific.

Other focuses of the plan include early warning, with several of the departments under the NCDR providing an early warning function, and the development of three-dimensional monitoring via satellites. A national earthquake warning system is planned in the next five years.

A four-level response system operates, with the level determined by the scale of the disaster and decided by the State Council in consultation with government ministries, based on data and reports from the affected area.

According to the UN Office for the Coordination of Humanitarian Affairs (OCHA), 207 people were killed, 11,500 were injured, and more than 1.5 million people were affected across 69 counties.

And while it is too early for a full evaluation, initial reports by CRED suggest the response was swift with relief items arriving within hours and 136 medical teams operational by the following morning, supported by over 18,000 military and police.

The largest earthquake to strike China in recent years - on 12 May 2008 - was also in Sichuan, killing over 80,000, thousands of them children. It triggered a strong public outcry over the collapse of school buildings due to shoddy construction and allegations of corruption.

“Some disasters, such as earthquakes, will kill a lot of people regardless of how well prepared you are,” CRED director Debby Guha-Sapir told IRIN. “What is important is how good the response is and China’s response to the Sichuan earthquake was close to exemplary.”

Casualties extracted from the most recent earthquake zone were treated at an advanced care unit, then transferred to a front-line hospital.

“The patients arrived at the hospital very quickly and the survival rate of these patients was very high,” said Guha-Sapir.

In addition to treating patients the doctors kept their approach scientific, completing records which were later used by Guha-Sapir and her team to carry out post-disaster studies.

While China is a leading example in earthquake relief, flooding is arguably the biggest recurrent disaster the nation faces, affecting on average a 100 million people a year and last year accounting for 65 percent of all disaster-related economic losses.

“Attention is required in terms of flood management, both prevention and increased understanding of the human impact,” said Guha-Sapir.

One issue is the sheer size of China’s rivers and the vast population within the flood basins. The country has tens of thousands of rivers.

While large-scale flood control has received investment by the government, it is localized flash floods, landslides and debris flows, often occurring in remote, underdeveloped areas, which require an improved response, say experts.

“Flash floods accounted for two-thirds of all flood-related fatalities in the 1990s,” said Liu Minquan of Beijing University’s School of Economics “and the share is rising.”

“China’s investment in water-related infrastructure has been extremely low in recent years,” said Liu. “Before 1980 it accounted for approximately 7 percent of total infrastructure investment, even 15 percent in some years, but after 1981 it dropped to 1-3 percent.”

According to government figures, in 2012 China’s total spending on water infrastructure was reported to be some US$48.6 billion, while the Chinese Water Digitalization Service Report of 2013-2017 forecasts total expenditure in 2013 to be $64.8 billion.

In addition to new infrastructure, investment is required to improve existing reservoirs and dykes. Earlier this month, China’s State Flood Control and Drought Relief Headquarters reported some 3.5 million hectares of cropland in Yunnan, Gansu, Henan, Sichuan and Hubei were suffering from drought conditions, resulting in millions short of drinking water

More than 200 people died and more than 11,000 were injured with a 7.0 magnitude quake struck China's southwestern Sichuan Province 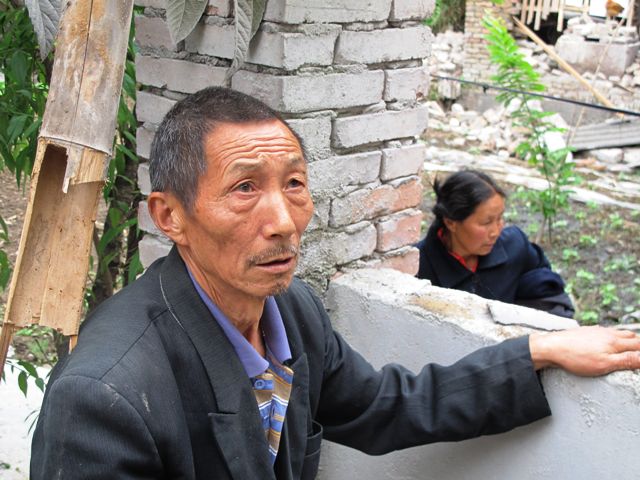 But China is working to address these concerns.

“China has spent a lot of money strengthening control of small and medium-sized rivers, reinforcement for unsafe reservoirs, prevention of flood-triggered geological disasters and comprehensive treatment of the ecological environment in disaster-prone areas,” said Wang Dongming, a research fellow with the NDRCC. “At the community level, a programme has run since 2008 where experts train and help local communities make disaster emergency response plans, conduct disaster relief drills and build their own rescue teams from volunteers."

National Disaster Reduction Day in China on 12 May this year marks the fifth anniversary of the 2008 Sichuan earthquake and is an indication of the emphasis placed on DRR.

In 2012, the Chinese government spent some $14 billion on DRR and relief efforts. And while there is no doubt that its strong centralized government structure and a healthy bank balance are advantageous in terms of DRR, there are lessons that China’s less well-organized or well-heeled neighbours can learn.

“As the world ponders the successor to the Hyogo Framework of Action,” said Velasquez, “we need to look closely at what countries like China are doing to reduce disaster risks, and learn what works, and more importantly how to make it work.”