DAKAR
Read this article in: Français

Analysis: The R-word - Rhetoric versus reality in the Sahel 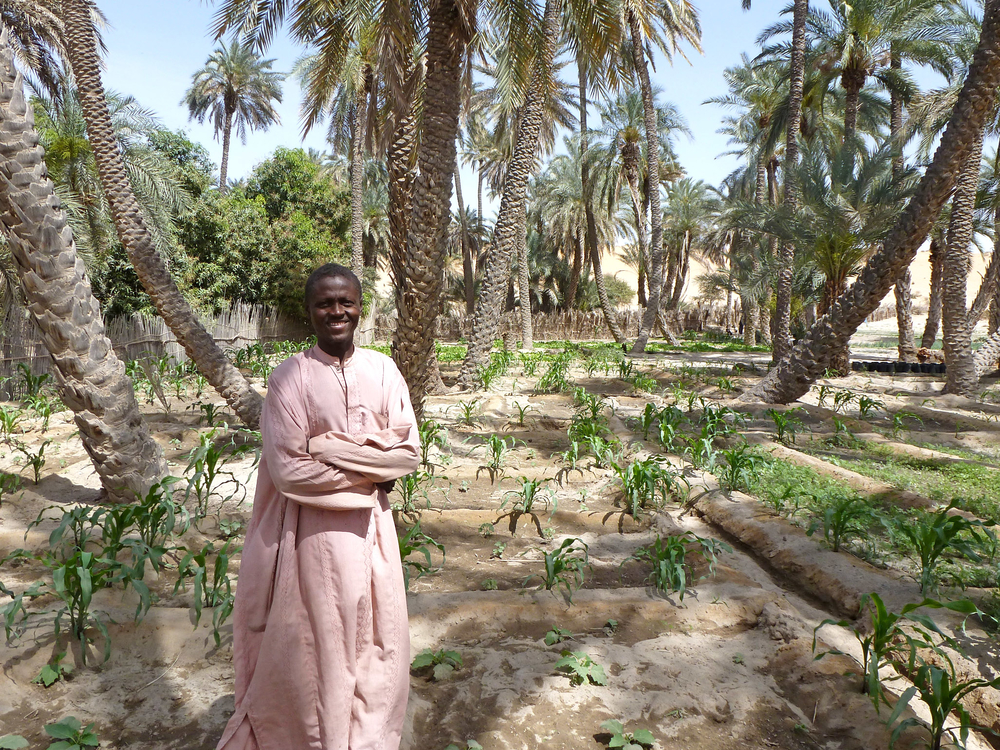 DAKAR, 4 March 2013 (IRIN) - The annual gearing-up of humanitarian programmes to treat the chronic problems of vulnerable Sahelians is a clear sign that development there is not working. As a result, the Sahel is at the centre of the debate on the need to boost vulnerable people's resilience to shocks.

Donors are starting to shift their approach, notably the Sahel's biggest humanitarian donors European aid body ECHO and the US Agency for International Development (USAID), but development donors remain behind, and donor fatigue means vulnerable Sahelians this year risk missing out on emergency aid, let alone aid to build their resilience.

The US$1.66 billion humanitarian and resilience appeal for the Sahel in 2013 is 5 percent funded as of 1 March.

"People are clearly distracted or are looking away from the region or largely through a security lens," said Oxfam's Sahel campaigner Elise Ford. "The challenge is how are you to make good on the resilience rhetoric. How do we consider this appeal?. Despite all the talk of resilience in 2012 we've seen very little from donors on how they're going to finance it."

Sahel resilience meetings are being held globally - a meeting was held in Rome last week; another is being held now in Dakar, "but there seems to be a time lag: what is happening right now?" said Ford.

For farmers to harvest their crops this year they need adequate seeds by May - this is mere survival, quite apart from embracing a more ambitious resilience agenda. According to a World Food Programme (WFP) study in Niger, it takes families three years to recover from a food security shock, and that is if harvests are good for three years running.

Agencies need more money, not less, to make resilience happen in the Sahel, starting from 2013, stressed Jan Eijkenaar, ECHO's resilience and AGIR (Alliance Globale pour l'Initiative Resilience) focal point in the Sahel. But the way things are going, "there won't be enough time to do resilience properly this year," he told IRIN, noting it will take decades to get resilience right over the long term.

Having said that, many donors and national governments have understood the need to put resilience at the heart of Sahel programming. The most prominent example is the inter-governmental and inter-agency AGIR-Sahel initiative to build resilience in the Sahel, which has brought together all sorts of actors, including the European Commission (which leads it), the Economic Community of West African States (ECOWAS), the West Africa Economic and Monetary Union, the Permanent Inter-State Committee to Fight Drought in the Sahel (CILSS), the Sahel and West Africa Club (SWAC).

"Resilience is a priority now because of flawed development and governance"

"Resilience is a priority now because of flawed development and governance," said Jan Eijkenaar, ECHO's Sahel lead on resilience and the AGIR initiative. We have an opportunity not to fail over the next 20 years. The AGIR declaration gives us the tools and scope to do so."

Globally, donors have promoted resilience on a wide scale over recent years, and the Organisation for Economic Co-operation and Development (OECD) and the World Bank are also promoting it, having realized that the impact of their development investments has been insufficient, says French research group Urgence, Réhabilitation et Développement (URD).

The backdrop to this has been the financial crisis in Europe and the US, which has led to more scrutiny of how existing aid money is used. The Global Facility for Disaster Reduction and Recovery (GFDRR) analysed development portfolios and assessed that some had increased risk and poverty rather than building resilience. Further, the 2011 fourth High Level Forum on Aid Effectiveness agreed a new approach to dealing with fragile states, with resilience at its heart.

However, the aid architecture as it currently stands, is not ready to embrace resilience yet. While certain actors have made progress in this vein - for instance the UN's common humanitarian action plans - a lot more holistic planning is needed.

Holistic planning is easier said than done. USAID has come furthest in this area, setting up a joint resilience strategic cell made up of experts from agriculture, climate change, nutrition, health and food security, which work on joint plans to figure out how to put the most vulnerable people's coping strategies at the centre, said Chris Tocco, deputy director of USAID in West Africa.

Other donors, such as ECHO, work with more unwieldy funding mechanisms, which make it much more difficult to set up integrated resilience planning cells. But ECHO's Eijkenaar recognizes that "stubborn sectoral, institutional, cultural and national needs must be overcome," as stated in a January 2013 presentation on the AGIR initiative, in which he encouraged donors and practitioners to get out of their silos.

François Grünewald, head of URD, likens resilience in practice to cooking. "Integration would be like Thai cuisine (where the flavours of each ingredient can be distinguished from the others) in contrast to merging, which would be like Chinese cuisine (in which all the flavours are combined into a single flavour)," says the February 2013 edition of its magazine Humanitarian Aid on the Move.

What does not work is when aid agencies and donors start labelling any and every activity as "resilience-focused", he noted. As the R-word gets bandied about in ever-wider circles, it has cropped up in unexpected places. For instance, according to URD, the US internal security website currently states that its main objective is resilience rather than security.

Integrated programming will also, of course, require humanitarian and development actors to work together, something which the current aid architecture does not make easy. "It will take a long time for these different cultures to understand one another," said Sidi Mohammed Khattry, head of mission for the Mauritanian prime minister at a Dakar resilience workshop on 26 February.

Currently, despite a common definition of resilience, as articulated through AGIR ("the capacity of vulnerable households, families and systems to face uncertainty and the risk of shocks, to withstand and respond effectively to shocks, as well as to recover and adapt in a sustainable manner"), donors in the Sahel are approaching resilience through very different lenses. For instance, ECHO sees it through a malnutrition lens; USAID is more food security-focused; while the UN Development Programme orients itself towards system-wide development and governance.

Other factors to bear in mind in order for resilience to work: Development actors must shift their targeting from broad macro-economic priorities to address the poorest of the poor (roughly 20 percent of the Sahel's population). "To date the ultra-poor have been invisible to them," Eijkenaar told IRIN, partly he said, because they largely limit themselves to capital cities, while humanitarians work with the most vulnerable, no matter where they are.

On targeting in agriculture for instance, Peter Gubbels, West Africa expert at research group Groundswell International, told IRIN: "It is essential to promote agriculture that is not just productivity-oriented, but multi-functional and targeted to the needs of the more vulnerable based in the most risk-prone, ecologically fragile zones - not in the high potential agricultural zones."

By multi-functional, he means agriculture that focuses on productivity, adaption to climate change, sustainability, and that is nutrition-oriented.

For Oxfam's Ford, it is vital to find a balance between bottom-up and top-down programming: "Focusing on the very vulnerable is vital, but you also need good governance to create the political space for the focus on vulnerable households to happen," she said.

Humanitarian and development actors must build upon the work that has already gone into resilience - notably from sustainable development, disaster risk reduction and climate change adaptation experts, all of whom have been working on resilience-building for years. The 2005 Hyogo Framework for Action on building the resilience of nations and communities to disasters, is a clear start.

While it sounds like common sense, resilience must be built around the priorities and existing assets of affected communities, say aid workers. Upcoming research by Oxfam reveals that communities themselves prioritize resilience and have myriad ways of coping with shocks: any aid they get they hope will reinforce these activities. 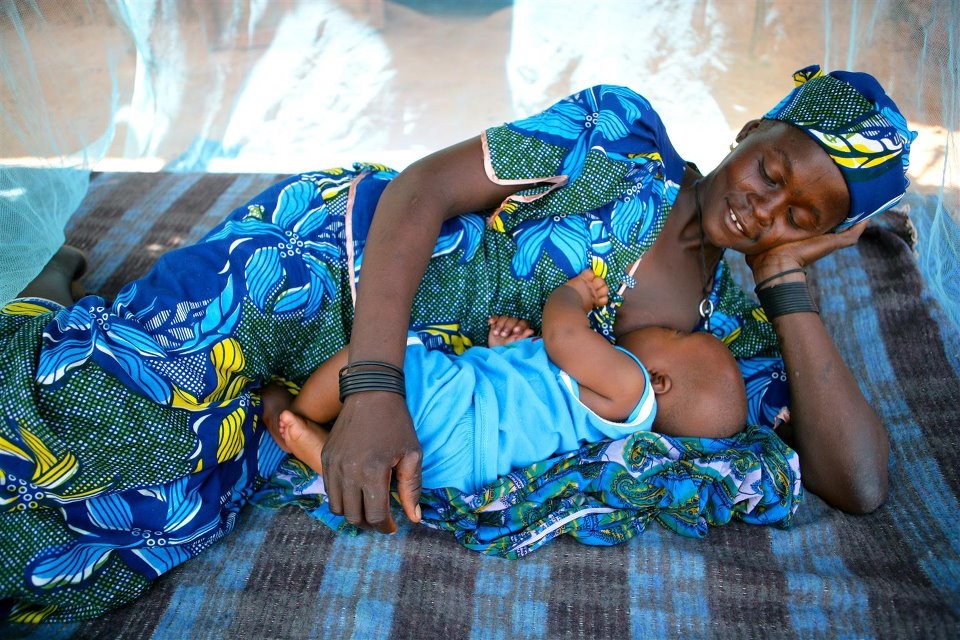 National governments must not be sidelined, and more resilience programming and funding should be channelled through those that are able to take it on, say analysts.

Finally, measuring resilience is important, and benchmarks of success need to be addressed alongside efforts to define what comes after the 2015 Millennium Development Goals. An AGIR team is currently working on success benchmarks - some of which may include the rate of malnutrition, under-two mortality, food insecurity, the humanitarian assistance burden, the proportion of a population's least resilient, people's purchasing power, cost of diet and food diversity scores, among many other aspects, said Eijkenaar. The Hyogo Framework for Action is a good reference for wider-scale benchmarks, say analysts.

Thus far, the funding breakdown for resilience in the Sahel is not clear. The European Commission's DEVCO mobilized 164.5 million euros in 2012 for the Sahel crisis, part of which was used to advance resilience this year and next, said Eijkenaar. ECHO is already "resilience-friendly" in its approach to aid, he said, for instance by integrating and phasing its work into national programmes and using careful vulnerability targeting.

USAID is set to announce its resilience-oriented funding soon; the UK Department for International Development (DFID) was unable to give global figures; and AGIR Sahel promises a new funding mechanism but has not yet detailed amounts.

The World Bank declined IRIN's requests for an interview.

Building resilience and dealing with the aftermath of crisis will require at least as much money as last year in the Sahel, said Ford. "It is still a crisis year. The poorest. did not suddenly get rich because of a good harvest this year. Extreme poverty is not a trap you get out of in just one year."

But more important than an amount, is the way the money is allocated. Over the long-term, if used well, resilience could be cheaper, as evidenced by DFID's research in Ethiopia and Kenya, which revealed that it would cost 64 percent less to prevent crises than to respond to them. "Reducing the impact of natural disasters saves money, lives and livelihoods, especially for the poor," said DFID spokesperson John Levitt.