There has been unprecedented popular protest this year against the regime of Gambian President Yahya Jammeh. But as the country heads to elections this week, hope for change is giving way to trepidation he will win and extend his 22-year stay in power.

Human rights organisations have warned that the conditions leading up to Thursday’s vote are not conducive to a free and fair election. There has been a spate of arrests of journalists and opposition activists in a country in which disappearances, arbitrary detention, and torture is commonplace.

The Sandeng family is all too aware of those dangers. In April, they were forced to flee, crossing the border with Senegal at night, at a point they hoped would be unguarded.

A week before, on 14 April, the head of the family, opposition activist Solo Sandeng, had allegedly been tortured to death by Gambia’s security forces for leading a peaceful protest near the capital, Banjul.

The family, five adults and five children, spent a week in hiding, knowing their home was under constant surveillance. Then, realising they had no choice but to leave, they sought refuge in Senegal.

It is a well-trodden escape route for the many Gambians who find themselves on the run from political persecution. “I was told to walk across the border and not look back,” said 22-year-old Fatoumatta Sandeng.

In their new home in exile, the Sandeng family crammed onto sponge mattresses on the floor as Fatoumatta related how her father, a leading member of the opposition United Democratic Party, had been marching with youth activists against new rules introduced by Jammeh to scupper his opponents’ chances in this election.

It was the first opposition demonstration since 14 students were gunned down by the army in 2000.

“People were protesting for electoral reforms so that there could be a change of government. Because if the elections were free and fair, which is very rare in the Gambia, people would be at least hopeful that it could bring a better Gambia for its citizens,” Fatoumatta explained.

Exiled Gambians pin hope of return on a new president-elect

Jammeh’s regime has a long history of hounding dissenters, but due to the government’s tight control over the media Gambians are often unaware of the scale of human rights violations. The very public nature of Sandeng’s arrest was a wake-up call.

“In Gambia, we know there wouldn’t be any protests without the government trying to stop them,” said Fatoumatta. “But to the extent of arresting, torturing and killing someone: that was shocking to the Gambian people.”

Over April and May, Sandeng’s death ignited an unprecedented public outcry against the government’s brutality.

“Before, you didn’t see people protesting on the streets. People didn’t dare hold a banner that insults the president. Now, it’s happening,” noted Alhagie Jobe, a journalist who was tortured by the secret police and spent 18 months in prison before being acquitted of sedition charges. He now lives in exile in the Senegalese capital, Dakar.

“It’s changing gradually. He [Jammeh] himself knows he is coming to the end of his administration. What people weren’t doing before for the past 20 years; it’s happening now. So that’s the signal that he’s losing power, gradually.”

Jammeh, who came to power in a military coup, responded to the bout of protests by arresting most of the UDP hierarchy, including party leader Ousainou Darboe. They were sentenced to three years’ imprisonment for unlawful assembly, destabilising the party in the lead-up to the election.

Out of this adversity, the previously fractious opposition parties realised their only chance was to unite and form Gambia’s first opposition coalition. But one leader, Mamma Kandeh, refused to join, and there is concern he may split the opposition vote.

The “Coalition for Change 2016”, headed by the relatively unknown Adama Barrow, is nevertheless giving some Gambians hope that this time around there could be an upset at the ballot box, after four straight electoral wins by Jammeh.

Touray left his rural village to study for a qualification in IT but could only find low-paid work as a watchman in a residential compound.

“In the early years, Jammeh did good work in developing the country, but now he is overstaying,” Touray told IRIN. “We need a new president who will move the country forward. A lot of people are not working and the economy is falling down.”

The Gambia is one of the world’s poorest countries, ranked 175 out of 188 in the Human Development Index. Children and young people under 30 make up the majority of the population and youth unemployment stands at 38 percent. 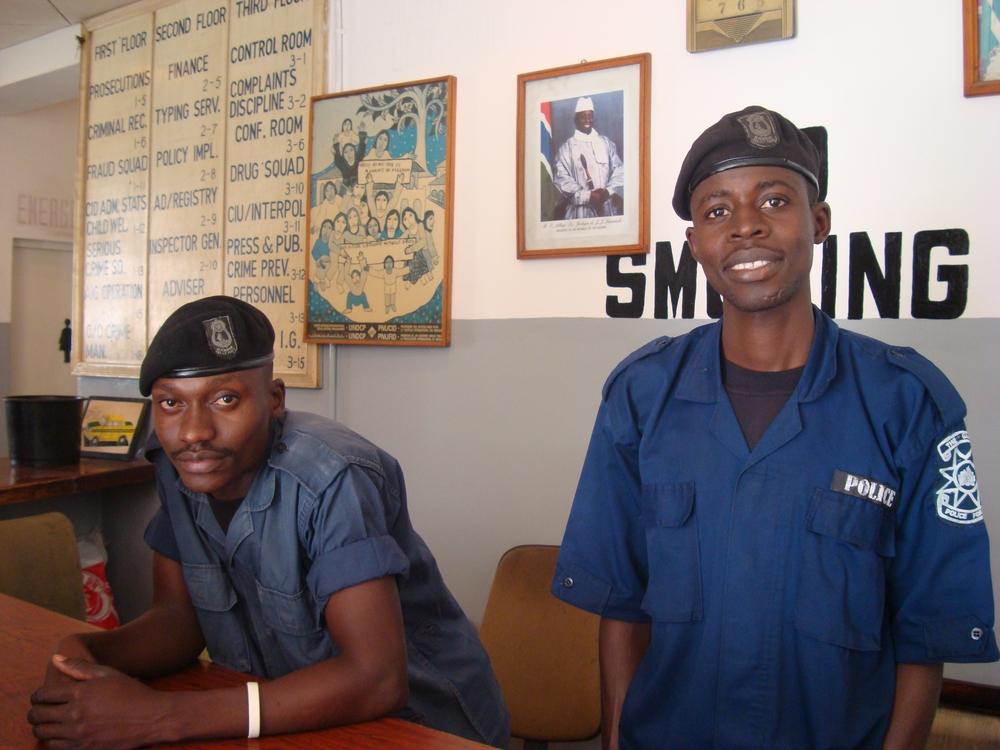 D. Piris/Flickr
The opposition rarely gets such a welcome

In recent years, Jammeh’s autocratic decisions have increasingly isolated the country. In 2013, he withdrew Gambia from the Commonwealth; last year, he changed the title of the moderate Muslim-majority country to the Islamic Republic; and, in October, he opted to exit the International Criminal Court, on the grounds that it was biased against African countries.

Touray hopes that if the new seven-party opposition coalition wins on Thursday, it will have a better relationship with the outside world.

“We need people who can stabilise the country and bring in foreign investors. If people have jobs, they won’t go the backway,” he said, a reference to the illegal migration route to Europe.

Last year, Touray’s two brothers undertook the hazardous journey across the Mediterranean. The Gambia, with a population of two million, is currently the fifth largest contributor of migrants arriving by sea in Italy.

In Dakar, political activist rappers Jerreh Badjie (stage name Retsam) and Ali Cham (Killa Ace) both have a strong following among Gambian youths. They are part of a tight circle of recently exiled young Gambians driving a social media movement to inform and motivate their peers back home to push for change.

“People are starting to see that if they don’t express themselves now, their lives and their children’s lives are at risk. They have to face the situation and talk now,” said Badjie, 27.

Cham believes the lack of freedom of expression is inhibiting young people’s potential and contributes to the “backway” mentality.

“It’s not that the backway is the only option, but to them it’s the easiest route [to improving their lives],” he told IRIN from his home recording studio, which is decorated with posters of revolutionaries and the Gambian flag.

Cham and Badjie accept that a lot of young people feel apathetic towards politics and want to boycott the election as a stand against what happened to the protesters in April and May.

But Cham insists inaction won’t help: “The only thing youths can do is vote against the system, even if they’re disgruntled. There’s not much else they can do.”

Meanwhile, in Gambia, locals report an edgy calm as the election approaches. “Everything is normal right now, but we are scared of what will happen if Jammeh gets voted out but refuses to leave,” said Touray. “We think there could be a lot of violence.”

Lamin Manneh*, a young writer, is taking a philosophical view: “My gut feeling is that the guy [Jammeh] will triumph. But the coalition is really unsettling the whole system; people are not as gullible as before. For me, this is bigger than politics. It’s about creating a mass movement for democracy.

“Even if it all ends as the year that something could have happened, but didn’t, I believe the seeds for democracy have been sown and are starting to take root.”