I will support your work.
KAMPALA

A UN intervention brigade will soon be deployed to the troubled eastern Democratic Republic of Congo (DRC) in a bid to neutralize militia groups operating there.

The over-3,000-strong military force will work alongside the UN Stabilization Mission in DRC (MONUSCO) to carry out targeted offensives against militia groups, which have caused numerous civilian deaths and massive population displacements.

While some welcome the forthcoming military intervention, many analysts are advocating for Kinshasa-led initiatives - such as reforming key institutions - as necessary, if not alternative, solutions.

In this briefing, IRIN highlights some of the key issues that the DRC government needs to address to secure its restive east.

How can the security sector be reformed?

An effective security sector is key to resolving most of DRC’s problems, according to analysts.

“The Congolese government’s inability to protect its people or control its territory undermines progress on everything else,” according to The Democratic Republic of Congo: Taking a Stand on Security Sector Reform, a 2012 report by a group of Congolese and international civil society organizations.

“An effective security sector - organized, resourced, trained and vetted - is essential to solving problems from displacement, recruitment of child soldiers and gender-based violence to economic growth or the trade in conflict minerals,” the report says.

But little money is being directly spent on security sector reform (SSR), it notes. For example, while official development assistance to DRC post-2006 has amounted to at least US$14 billion, just over 0.6 percent, or about $84.79 million, has gone to SSR.

The report blamed the international community for being “politically incoherent and poorly coordinated” with regard to SSR. It also blamed the DRC government’s lack of political will to take on SSR, attributed to its endemic corruption.

"The problem of the DRC is a weak, and some may argue an illegitimate, government, unable to take full control and charge of its vast territory."

According to Naomi Kok, a research consultant with the Institute of Security Studies (ISS), “SSR is a long-term project for the DRC, and Kinshasa should take most of the responsibility for completing this successfully.”

But DRC’s government needs to take charge first. “The problem of the DRC is a weak, and some may argue an illegitimate, government, unable to take full control and charge of its vast territory,” Nicholas Opiyo, a Kampala-based lawyer with the Akijul consultancy, told IRIN.

He added: “The weakness or division in the Congolese army is only... a manifestation of the broader breakdown in the governance infrastructure of the country. As a result, everyone finds resort in a patchy solution, taking control of the instruments of violence.”

How can the army be reined in?

Acts of violence against civilians in eastern DRC are rampant, with the DRC army (FARDC) and dozens of militia groups culpable.

FARDC troops are accused of violating human rights around the town of Minova, in South Kivu Province, last year while retreating from North Kivu Province after the city of Goma fell to the M23 militia, according to a May UN Joint Human Rights Office report.

“In this context, at least 102 women and 33 girls were victims of rape or other acts of sexual violence perpetrated by FARDC soldiers,” says the report, which noted the soldiers had arbitrarily executed at least two people, used forced labour and looted from villages.

FARDC is often regarded as weak, with poorly organized, unmotivated troops. The M23 mutiny in eastern DRC in 2012 by ethnic Tutsi FARDC officers, for example, was in part fuelled by grievances over pay and living conditions.

Training alone will not address FARDC’s problems, which are structural, say experts.

“There is an overestimation about what training can achieve. Foreign partners (Belgium, USA, France, Angola, South African and China) have now been training the Congolese army since 2006, and the results are very poor,” Thierry Vircoulon, an International Crisis Group (ICG) analyst, told IRIN in an e-mail.

“Training is only good when it can be applied but, given the state of the Congolese army, the trained soldiers are sent back to a dysfunctional organization without decent pay and working conditions. Training will not solve the structural problems of the Congolese army.”

FARDC has also been plagued by ethnic divisions, with some troops still loyal to militia groups.

“The so-called Congolese army is a patchwork of fighters with various backgrounds - former Mobutu military personnel, militiamen from the MLC [Mouvement de liberation du Congo] of Jean-Pierre Bemba, Mai Mai, AFDL [Alliance des forces démocratiques pour la libération du Congo] fighters, etc. And there was not a process to unite these groups, and some of them managed to stay in their territories of origin - CNDP [Congrès national pour la défense du people]/M23 in North Kivu,” noted Vircoulon. 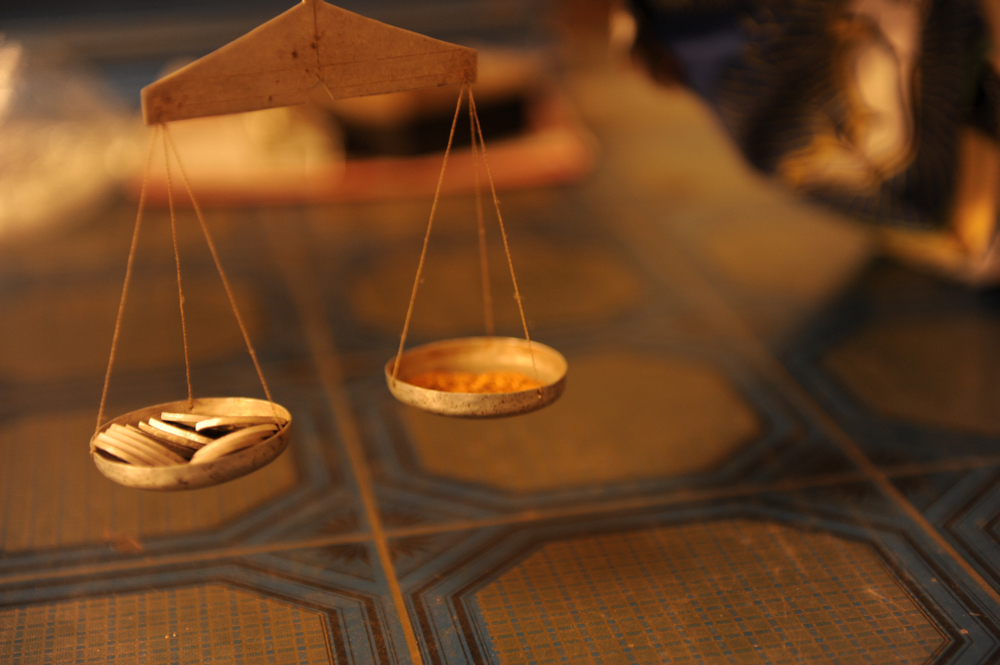 “Therefore, ethnic and past affiliations remain and are stronger than the military discipline and command. The Congolese army is not an institution; it is a patchwork of undisciplined and untrained groups of fighters.”

The process of integrating ex-combatants into the Congolese army, part of the government’s disarmament, demobilization and reintegration (DDR) programme, is also mired in challenges.

“Currently, the national military is in a shambles, and there are various armed groups that are in various stages of DDR. This situation is aggravated by domestic and regional political manipulation,” ISS’s Kok told IRIN.

Another challenge is the failure to address the causes of armed rebellion, making disarmament often short-lived. In 2009, for example, the DRC government signed a deal with members of the CNDP, but failure to fully implement the deal led to the 2012 mutiny that gave rise to M23.

“[When] the M23 were integrated into the FARDC in 2009… their command and control structures [were] more or less intact. Thus, when the time came for them to defect and form a new rebellion, they were ready to do so,” explained Kok.

The absence of a vetting process for ex-combatants is also a problem.

“A strategy of integrating abusive warlords and their fighters into the Congolese army - in often short-lived deals with little or no vetting or training before former combatants are redeployed as Congolese army soldiers - have fuelled the cycles of violence and horrific human rights abuses in eastern Congo,” Ida Sawyer, a researcher and advocate with Human Rights Watch (HRW), told IRIN.

Between 15 November and 2 December 2012, at least 58 cases of rape were reported during M23’s occupation of Goma, according to the May UN Joint Human Rights Office report. M23 also executed 11 civilians, recruited and used child soldiers, and engaged in forced labour and looting.

Only a few DRC militia leaders have been arrested and convicted, among them Thomas Lubanga , who in, March 2012 was found guilty of conscripting child soldiers in the northeastern Ituri region by the International Criminal Court (ICC). In March, former M23 commander Bosco Ntaganda surrendered to the ICC.

Experts are calling for the establishment of specialized courts within DRC to try human rights crimes outside the ICC’s jurisdiction.

“Together with Congolese civil society organizations, we have also called for the establishment of specialized mixed chambers or a specialized mixed court within the Congolese justice system, with the involvement of international prosecutors, judges and other personnel to prosecute war crimes and crimes against humanity committed in Congo since 1990,” said HRW’s Sawyer.

“The need to hold to account those responsible for perpetuating grave crimes (government troops, rebels and militia) must not be short-changed for any short-term gains,” added analyst Opiyo.

According to ICG’s Vircoulon, “The blocking of justice reform is the reason why impunity is rife in the DRC.”

What about negotiating local solutions?

Peace talks between M23 and the DRC government are ongoing in Kampala, under the auspices of the International Conference on the Great Lakes Region (ICGLR), an approach favoured by analysts sceptical of the military intervention force.

"Lasting peace in the DRC cannot come out of the deployment of aggressive foreign forces."

“It all depends on the effectiveness of the UN intervention brigade, but from the point of the organization [ICGLR], we don’t believe the intervention brigade is the final solution to the conflict,” Stephen Mwachofi Singo, an ICGLR programme officer, told IRIN.

“Already, through [the] ICGLR process, there is a political process ongoing in Kampala. Such a process should be supported to its logical conclusion,” added Singo.

“DRC is a vast, multi-ethnic country, with some of the ethnic groups spanning the borders of neighbouring countries such as Angola and Rwanda. Unfortunately, past and the current DRC government[s] have used this multiplicity of ethnic groups against each other and for political connivance. This has brewed a sense of favour and disfavour,” said analyst Opiyo.

“In order for the ethnic-based tensions to ease, there is need for not just a nationalistic army but a representative government. A centralized rather than devolved administration would provide a platform for a national, rather than an ethnic, outlook among the Congolese people.”

According to Frederick Golooba-Mutebi, a political scientist at Makerere University, “Lasting peace in the DRC cannot come out of the deployment of aggressive foreign forces.”

“The causes of violence in that country [DRC] are internal. The solution therefore lies in resolving the internal problems that fuel the fighting. Only [the] Congolese can solve their problems in a sustainable way. Foreigners will not do it for them.”