It hardly sounds like news, but for half a million Palestinian refugee children it certainly is.

On Wednesday, the UN body that looks after Palestinian refugees, UNRWA, announced it had overcome a $101 million deficit and the school year wouldn’t have to be delayed after all.

After a desperate funding drive, Gulf Arab countries and the United States filled the gap, but with more refugees, growing needs and little new donor money, the underlying problems remain. It is clear the agency must make radical changes to avoid being in the same situation next year.

IRIN sat down with UNRWA Commissioner-General Pierre Krähenbühl to find out how the agency overcame what he said was its “most serious financial crisis ever” and what he plans to do to keep it out of trouble for good.

In a wide-ranging interview, he addresses new school class sizes, the organisation's financial situation and protests against his leadership.

On Wednesday, you announced that UNWRA schools would start on time. Do you now have enough money to guarantee they will be open for the entire academic year?

I think we’re good for this year because we have roughly $80 million out of the $101 that we needed. So we have an outstanding contribution by the European Union… We may need one or two other donors, but I think essentially we’re there.

You have raised the class numbers you use for planning in UNRWA schools to 50 children. How will this affect how many teachers you employ?

We don't know yet because the class formation exercise hasn't been completed. It’s still being finalised. They’re going to complete it now for the West Bank and Gaza, now that they know the school year will open. There are still debates around that, among teachers, unions and others, but it has to be understood first of all the ceiling of 50 existed already a few years ago, so it is a ceiling that has been used in the past. The average will probably be somewhere around 41 or 42. That is compared to an average of previous years around 38, 37. It’s obviously an increase in the number of children per classroom, so in principle you should have fewer teachers in some places, but for the moment we don't have the full picture on that.

This does seem to be an ongoing problem with UNRWA – funding comes in at the last minute and every few years there is a financial crisis. We know needs are increasing and funding is short, so what kind of long-term changes are you considering in how the agency works to avoid this?

There are very few agencies in the humanitarian system that don’t have deficits or funding shortfalls against needs, but the thing about this year is that never before had it put our immediate core activities – and particularly our flagship education program – at risk. That’s unprecedented. So I need everybody to understand that this is not just another financial deficit year, it’s a year where we came much closer than we ever should have to having the school year delayed – not because of war like last year in Gaza – but a funding shortfall. That should never have happened.

We should never again be in a situation where the school year is at risk. That will require, again, a certain number of internal steps and outreach to donors and there will be a series of meetings taking place that we will try to organise with the League of Arab States, certainly also at the United Nations General Assembly and High Level Segment Week we will try to have ministerial events so we can try to have a proper discussion with the donor countries and institutions that have been most engaged with us to say ‘this [cost-cutting measure] is our contribution but now we really count on you to be able to establish a more predictable form of funding for UNRWA’s core services,’ because we cannot allow the instability, uncertainty and anxiety… to happen again.

We are not complaining about the funding levels that we have, because we have $1.2 billion [a year] – that’s a big amount of money. But it’s closing the gap between the increased needs resulting from the community and increasing contributions but at a lower level by donors. We need to increase the predictability. What is difficult for UNRWA is that we have these long-term programmes – because we are not only an emergency actor, some of our expenditures don’t fluctuate. They are there, as it is for a ministry in a country.

Can you tell me any specific details of further cost-cutting measures that you will take internally?

No, because now the 2016 budget process is currently under way. So when we go through that we will.

No specific cuts or changes we haven’t heard about?

Well, you’re asking me the day after we resolved this. So you’ll have to accept that right now – and I’ll have no problem to list those once we’ve decided them.

There are various proposals out there about how UNRWA could move forward more efficiently. For example, it is often suggested that because the majority of Jordanian Palestinian refugees are also citizens of Jordan and eligible for state services, UNRWA could make a huge budget cut if it were to end services there.

We are not [going to end] services in any of our fields for two different reasons. One is we have a mandated responsibility, and people sometimes forget that dimension. We are mandated to deliver services for Palestinian refugees in these five fields of operation… at the end of the day the mandate is a General Assembly mandate so we can’t redesign the fields in which we operate and make that kind of distinction.

And I think it would be seriously underestimating the current pressures that exist on hosts, as a result of all of the other instability in the region. What we saw with the education program is reducing the services to Palestinian refugees and failing to address their dignity and other aspects of their rights is a risk the world can’t take, because not only is there an issue in and of itself of the unresolved conflict here between Israel and Palestine with the occupation and all the rest, but there is also an instability in the Middle East that should lead people to reflect very, very carefully on the costs of reducing the services currently available to Palestinian refugees, who already have very limited prospects in life and a very challenging future. Certainly, I think if one would ask the Jordanian authorities, they would have very strong views on any reductions and have always advocated that, and so we are not at all looking along those lines. 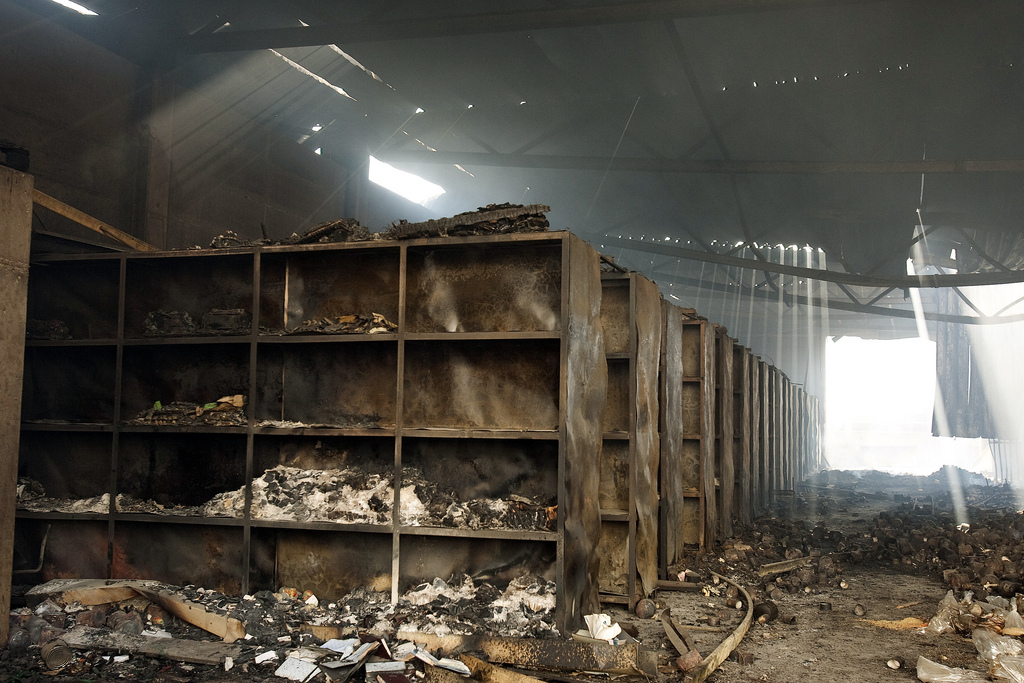 What about means-testing, either asking those Palestinian refugees who can pay for services to contribute some amount or re-evaluating who qualifies for services based on need?

We have been operating for a number of years as an agency on the fact that you have a status – that doesn't mean that because you are a registered refugee that everybody applies for services. A very good example was Syria before the war. 560,000 Palestine refugees in Syria, a very small amount of them applying for UNRWA services other than sending their children to schools... Otherwise, most refugees were self-sufficient because in the Syrian context most Palestine refugees were welcome: they had employment, they had their own businesses, they were self-sufficient in that sense.

I’ve met so many people in Gaza who used to be employed, who used to employ 10, 20, 50 people in their businesses and were covering their needs, and today they are dependent on UNRWA food distribution.  Why? Not because they have a status, but because there is a blockade. So it is the circumstances that dictate: blockade in Gaza, conflict in Syria. Today, the Palestine refugee community in Syria is 95 percent dependent on UNRWA. That was never the case previously. So when people look at UNRWA and entitlement and needs-testing, actually to be honest, I’d say if we did needs-based our budget would be much larger.

Does UNRWA have any debt?

No, we don't have debt, but we don't have reserves either, and that’s a much bigger issue… I’ve worked in other agencies in the humanitarian system, and for an organisation that spends $1.2 billion a year with just about $1 million in reserve means that if donors shut down entirely you could operate for an afternoon, so that’s just not sustainable. We have to be able to rebuild a more solid financial footing,

As part of your cost-cutting measures you let go many international staff. Some of these staffers were particularly successful in bringing in grants. As this means less money long-term, isn’t this cutting off the legs to save the body?

Whenever you have to cut a contract it hurts for the agency, it hurts for the people involved. There was somebody very talented in my executive office who we decided to let go…But when you are in a crisis of $100 million, your options need to include decisions across the board.

One of the areas we did not preserve is the area of fundraising because when you have the education programme at risk, there’s no area that can be preserved anymore… So there was no doubt in my mind that we needed to include these tough decisions. It was painful and when you take those kinds of decisions it is legitimate for people to challenge you. It’s completely understood that when you take difficult decisions not everybody’s going to be in agreement with it, not just because those who are concerned personally but even others. As we saw in these last weeks there were some very strong debates among staff, on Facebook pages; there were peaceful demonstrations which I think is good because it’s a sign of solidarity, but there was also some very clear criticism of management, leadership, individuals including myself, and you know that when you enter a time of crisis you are going to have some of that. I accept that completely.

Parts of this interview have been condensed for brevity