Nepal’s May 2014 Truth and Reconciliation Commission (TRC) Act ruled out amnesty for rape during the country’s decade-long civil war that ended in 2006 with 16,000 dead and more than 100,000 displaced. However, despite this provision, activists say survivors of war-time sexual violence will hit a wall if they try to file their cases now.

“In theory, saying that there will be no amnesty for rape cases is a positive thing,” Rajbhandari told IRIN. “However, I do not believe that survivors of rape during the war years are going to get justice.”

The 2006 Comprehensive Peace Accord (CPA), which brought an end to the war, mandated a TRC. However, the process of developing the body has been fraught with controversy and political infighting over impunity and granting amnesty for wartime abuses. A 2012report by the UN Office of the High Commissioner for Human Rights (OHCHR) documented over 100 cases of sexual violence during the war.

When the Act came into being in 2014, the provision forbidding amnesty for rape cases gave hope to survivors. However, Nepal’s Criminal Code (Muluki Ain) retains a 35-day statute of limitations on reporting rape, which will bar investigation and prosecution of war-era rape.

“The Act may be saying there’s no amnesty for those accused of rape, but it is giving de facto amnesty as other laws block justice due to the 35-days statute of limitations on filing a complaint,” said Mandira Sharma, a human rights lawyer in Kathmandu. “Since no conflict-era crimes of rape or sexual violence are investigated, no survivor of rape is going to come forward, with a provision like that.”

Cases of rape and sexual violence in the Transitional Justice Reference Archive, an OHCHR-curated comprehensive database of violations committed during the war, indicate that state security forces committed most of them. Activists are suspicious that the ambiguous provisions relating to sexual violence are the result of the government wanting to shield army officials from punishment.

“There is fear that the army will be persecuted so there’s an implicit motivation to save the army from being charged with these crimes,” said Rajbhandari, who chairs the Women’s Rehabilitation Centre (WOREC), an NGO.

According to the CPA, the government was required to provide relief packages - including financial assistance - to the kin of conflict victims, defined as those maimed, widows, the abducted, the internally displaced and those who lost property during the conflict. However, survivors of rape and sexual violence are not considered “conflict affected” and therefore have never been provided with relief from the state.

“The state has never made an effort to collect data about those who suffered rape and sexual violence. They are not even in the picture,” explained Sharma.

Women in Janakpur listen to doctors talk about women's rights 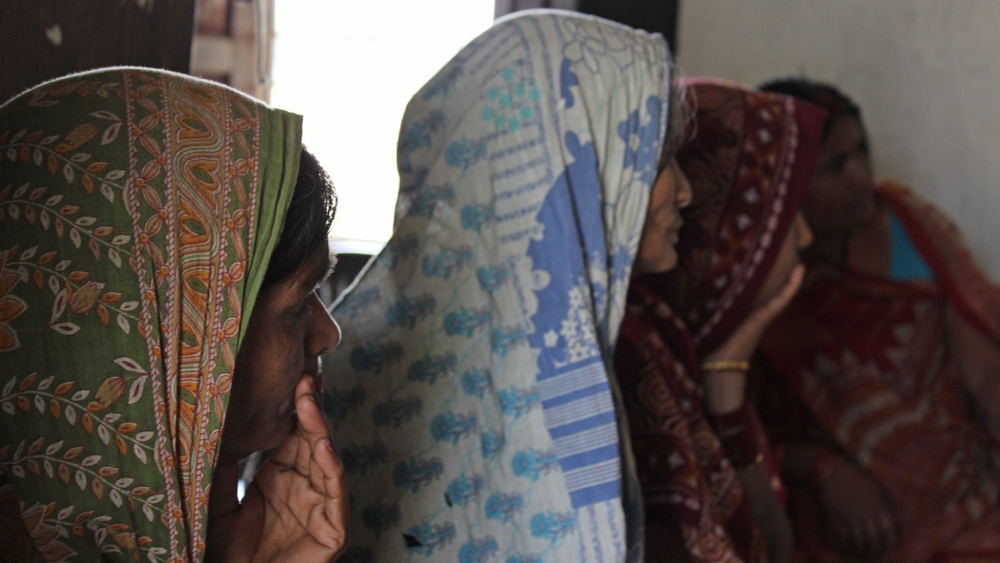 In 2013 the Ministry of Peace and Reconstruction formulated guidelines for psycho-social counselling. However, rape and sexual violence survivors are also not mentioned in the document, effectively barring them from this service as well.

“Psycho-social counselling is imperative for rape survivors, and they are being totally denied what they need the most,” said Santosh Sigdel of the International Centre for Transitional Justice (ICTJ) in Nepal. “Instead of mitigating the pain of rape survivors, the government continues to perpetuate and institutionalize violence. This has to stop.”

According to Sharma, the state’s recognition that rape happened during the conflict and that the survivors deserve justice and reparation is a crucial part of ending sexual violence in Nepal today.

“The only way to get women who survived rape and sexual violence to speak about the injustice that happened to them is to make them as our society’s heroes, showing examples where prosecution has happened when women reported such incidents,” she said. “If you look at the Act in-depth, the lawmakers really haven’t thought through the process of how to address the issue of justice in rape cases... or even how to make women comfortable enough so they’ll come out and report.”

Amuda Shrestha of the Accountability Watch Committee, a Kathmandu-based human rights group, says convincing and giving confidence to women so they can talk about their experiences will be a challenge given the Act’s half-hearted promise.

“We’re talking about a society where survivors don’t even tell their own family members when they’re raped,” Shrestha explained. “How is the Act going to ensure that women get social, economic and other types of protection if they talk to the state?”

Asked Sharma: “If [this Act] is about punishing perpetrators of serious crimes, why should the survivors and victims [of rape] be still afraid and keep quiet?”

According to ICTJ’s Sigdel, prosecution for conflict-era sexual violence is complicated and domestic rape laws are not supportive.

“Rape is extremely difficult to prove, especially if it happened 10-12 years ago - we have no physical or forensic evidence, no medical evidence, no witnesses. You have to go by the testimonies of the survivors, circumstantial evidence and trends of violations,” he explained.

In a 2008 ruling, Nepal’s Supreme Court directed the government to extend the statute of limitations on rape complaint filing beyond 35 days, without specifying a new length, but it has not yet been enacted in law.

After much pressure from women’s rights groups, some activists now believe the statute of limitations may be extended to six months, but that will still not help war-era rape survivors.

Rajbhandari argued that there is much to be done to support wartime sexual violence survivors, regardless of what happens with the TRC.

“Start with medical exams in all districts, provide psycho-social counselling, sit with them, listen to their stories, give them confidence, convince women that the state really cares for what happens to them and will protect them,” she said.