Killings and rapes committed by armed militias in the Democratic Republic of Congo’s northeastern Ituri province could constitute war crimes and crimes against humanity, according to a new report from the UN’s Joint Human Rights Office.

Based on several fact-finding missions, the report published last week found that at least 701 people have been killed since December 2017 by perpetrators drawn largely from the region’s Lendu community. Most of the victims were ethnic Hema.

Investigators did not find sufficient evidence to demonstrate that Lendu militias intended to destroy the Hema as an ethnic group, but said some elements of the ongoing violence could constitute genocide.

The report sheds light on the objectives, organisation, and operating mode of the mysterious attackers, whose identity and underlying motives have confounded researchers and residents alike.

More than 500,000 people are currently displaced across the long-suffering province, while tens of thousands more have taken refuge in neighbouring Uganda. The New Humanitarian has been covering the crisis since its outset.

Relations between the Lendu and the Hema have been strained since Congo’s colonial period, when Belgian administrators gave the Hema positions of privilege in education, administration, and business.

Tens of thousands were killed at the peak of the conflict between 1999 to 2003. Last year, the notorious warlord Bosco Ntaganda was convicted by the International Criminal Court for his part in the violence. 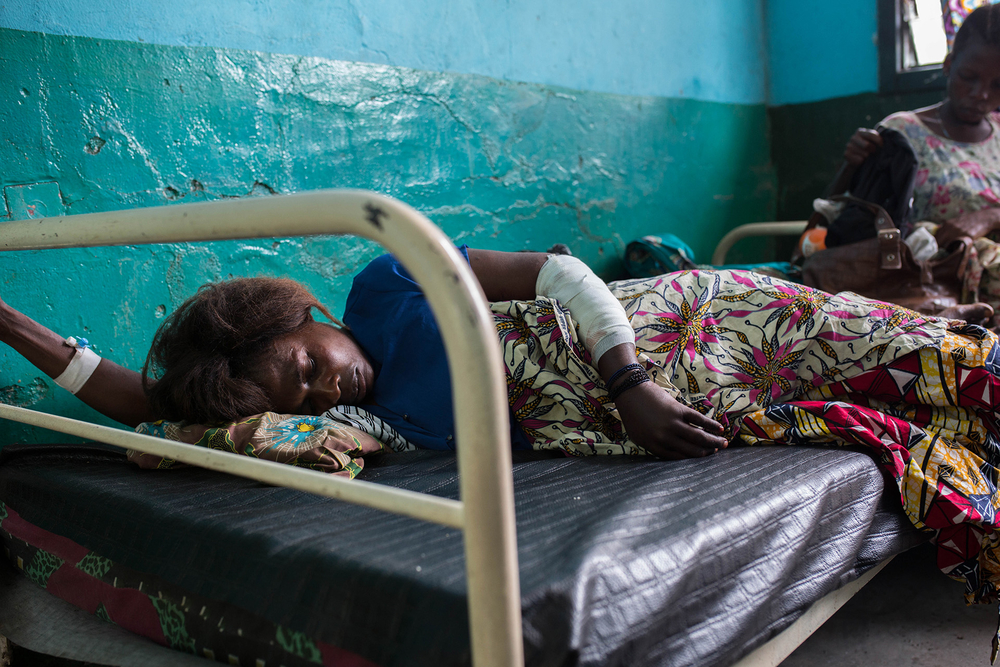 Philip Kleinfeld/TNH
A victim of a massacre last year in the village of Fitchama receives treatment at Tchomia General Hospital.

After a decade of relative peace, conflict returned in late 2017 and early 2018 when more than 277 people – mostly Hema – were killed and hundreds of thousands driven from their homes in a series of brutal attacks that came seemingly out of nowhere.

The violence was the first of three waves, according to the report, which says the attackers became progressively more organised over time, with better equipment and the ability to carry out simultaneous attacks.

The second wave – between September 2018 and May 2019 – was characterised by ambushes on state security forces; in the third – from June 2019 onwards – plundered weapons were turned back on the Hema community with a string of attacks on villages and camps for displaced people.

Investigators documented “barbaric” acts of violence – including beheadings, dismemberments, and the removal of body parts as war trophies – that reflect “the desire of the attackers to inflict lasting trauma to the Hema communities and to force them to flee and not return to their villages.”

Systematic destruction of Hema property and the timing of attacks during the harvest period in June and the planting season in December may also indicate a desire to prevent the community from returning to their villages of origin.

The report’s findings support interviews TNH conducted with militia fighters last year, including one who described the group’s long-term objective to control parts of Ituri by forcing the Hema community out. “To kill is not enough,” the combatant said. “We need to terrify people.” 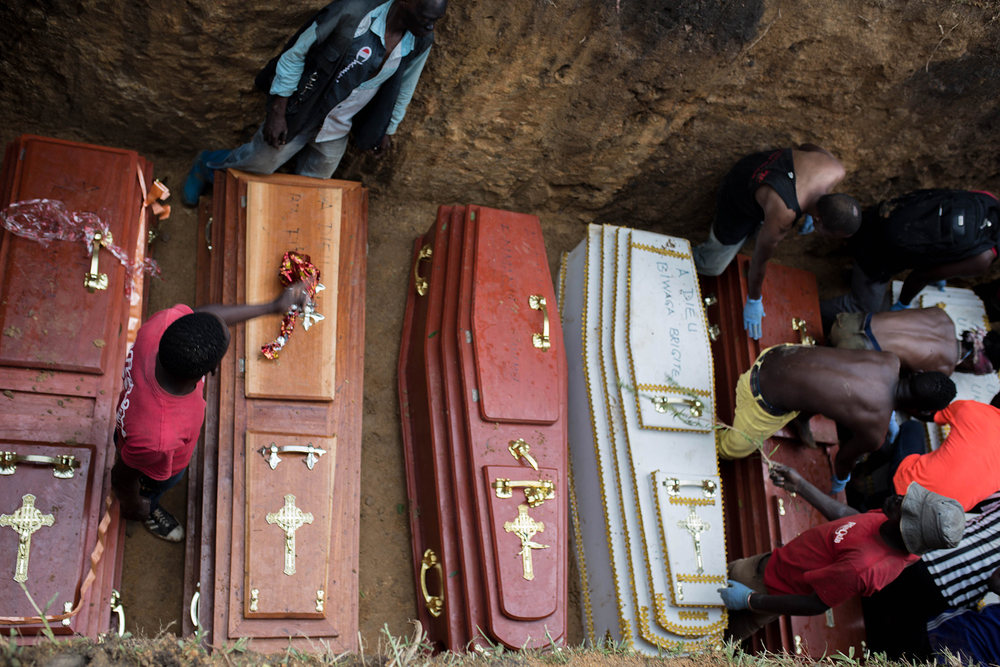 Philip Kleinfeld/TNH
Victims of a massacre last year in the outskirts of Bunia are laid to rest in a mass grave.

Investigators also documented acts of reprisal violence by some members of the Hema community, including the burning of Lendu villages and other isolated attacks.

The Congolese armed forces and police are, meanwhile, accused of serious human rights abuses including extrajudicial executions – many carried out during operations against the Lendu armed groups – as well as rape, arbitrary arrests, and forced labour.

A decades-old Lendu religious and agricultural movement – the Cooperative for the Development of the Congo, or CODECO – is cited in the report as one of the main groups thought to be involved in the violence.

The group’s leader – known as Ngudjolo – and some of his men have recently expressed interest in demobilising and integrating into the Congolese army.

But attacks have continued, and some combatants have left the movement in protest against Ngudjolo’s decision.

Humanitarian conditions remain bleak throughout the province, with several sites for displaced people not receiving regular assistance, according to the report – and other victims still scattered in the bush or in areas beyond the reach of aid groups.

Some Hema communities have returned home in recent months but face dire conditions in villages where their houses that have been burnt down and looted.