The South African government is investigating reports of large-scale “looting” of its $26 billion coronavirus rescue package, launched to cushion the economic impact of the pandemic on struggling households.

Amid rising public anger, the ruling ANC party has called a meeting of its National Executive Committee to begin on Friday to probe corruption within its ranks – from the theft of food parcels meant for the poor through to tenders for personal protective equipment.

President Cyril Ramaphosa took the unprecedented step this week of publishing the names of all companies that had won coronavirus-related contracts – a response to a tide of reports of tenders being farmed out to the families and friends of the well connected.

In a letter sent last week to all members and branches of the ANC, Ramaphosa said, “our movement has been and remains deeply implicated in South Africa’s corruption problem”, and described COVID-19-related graft as “an unforgivable betrayal to millions of South Africans”.

President Cyril Ramaphosa’s decision to publish the names of companies that have won coronavirus-related government contracts comes as his own office has been implicated in scandal.

His spokeswoman is on a leave of absence to allow for an investigation into a tender awarded to her husband to supply personal protective equipment.

Ramaphosa took office in 2019 on an anti-corruption ticket after a decade of sleaze under his predecessor, Jacob Zuma. It was a period epitomised by the “state capture” of the Gupta brothers, two friends of Zuma and other senior officials who came to be seen as the public face of the free-wheeling plunder of state-owned assets.

ANC secretary-general Ace Magashule, a close ally of Zuma, was right to note that “doing business with the state by [politically]-connected families is not illegal,” University of Cape Town politics professor Anthony Butler told TNH.

“People will work for the state and set up a family business and benefit from state contracts. It will not be seen as corruption. It will be seen as the way things work,” said Butler.

“[For corrupt officials] there is no neutral state which acts in an impartial manner,” he added, including South Africa’s previous apartheid system in that.

Butler also noted that government guidelines were suspended for a faster response to the pandemic, and said that further encouraged graft.

Corruption Watch’s Singh said state corruption in South Africa follows a similar template to the one that allowed graft to flourish in “Eastern Europe at the fall of the Soviet system” – facilitated by “enablers” in the private sector’s leading auditing and financial companies.

The surprise has not been the corruption, Singh said, but the public backlash against the revelations. “It’s absurd that people are shocked,” he added. There is a “Gupta in every town. Little cabals with powerful private interests, who are then able to get into the system.”

Under particular scrutiny has been the government’s Temporary Employer/Employee Relief Scheme, known as TERS. It was set up under the Unemployment Insurance Fund (UIF) and rushed into place in April to provide jobless South Africans with emergency monthly payments of between $205 and $394.

It was revealed this week that all TERS payments for July had been frozen to allow for an investigation by the auditor general into the $2.3 billion paid out since April. The suspension was lifted on Wednesday and the results of the probe are expected to be released next week.

The first round of TERS benefits was channelled through employers, with payments intended to be sent on by the employers to their workers.

The graft allegations are “pretty simple”, Karam Singh, head of investigations at the NGO Corruption Watch, told The New Humanitarian. “It’s employers getting these payouts and not passing them onto the employees, and using it to pay their debts.”

As many as three million jobs may have been lost since March as a direct result of South Africa’s aggressive COVID-19 lockdown. The public health measures included curfews, business closures, stay-at-home orders, and alcohol bans.

With almost all commercial activity halted from March until the easing of the lockdown earlier this month, the Reserve Bank has forecast that the economy will shrink this year by more than seven percent.

The tourism and hospitality industry in South Africa’s Western Cape – a popular destination for well-heeled international travellers – has been particularly badly hit.

More than a third of South Africa’s middle class is expected to dip below the poverty line as a result of the coronavirus.

Tour guide Noxolo Bhengu* has been luckier than most. The 27-year-old tourism and marketing graduate was recruited by UIF and given one week’s training to work from home as a “call centre operator”, fielding between 80 to 150 TERS enquiries daily.

The job “is not so nice”, Bhengu, who speaks four of South Africa’s main languages – isiZulu, isiXhosa, Sotho, and English – fluently, told TNH. “I deal with people’s frustrations and being told I am useless [by callers].”

The pay is also not so good.

More than a third of South Africa’s middle class is expected to dip below the poverty line as a result of the coronavirus, Fatou Leigh, an economic adviser to the United Nations Development Programme, has warned.

The problem with TERS

Employers were initially called on to pass on TERS payments to prevent crowding and queues at labour department offices, and to ease the strain on skeleton staff. Subsequent benefits went directly into employees’ bank accounts but failed to address frustrations over missing payments – or allay concerns they were being stolen.

Candace Papachristodoulou, co-owner of Thali, an Indian fusion restaurant in Cape Town, told TNH that complying with on-the-fly changes to verification procedures for TERS claims for her 29 jobless staff had meant “a hectic few months” of daily calls, emails, and resubmissions of various documents and financial data.

Thali waitress and single mother Kazi Xabisokazi, 28, received her April unemployment benefit in late May, her May benefits at the end of June, and is yet to receive the July payment.

The father of her eight-month-old daughter stopped making his monthly maintenance payments when his auto-mechanical work slumped in the lockdown, and then Xabisokazi missed registering for a monthly $25 child support grant – all adding to her financial difficulties.

“Food lasts for the first half of the month,” she said, from her home in the sprawling high-density suburb of Khayelitsha.

Malawian national Kevin Sinjilani, 32, was appointed Thali’s manager a couple of weeks before the lockdown started, after three years working the restaurant’s floor. He has also struggled with missing TERS payments that are yet to be reimbursed.

“I sold the plasma TV first. Then I had to let go of the music system and my [10-year-old] daughter’s tablet she uses for school,” he told TNH. He also cancelled his $690 University of Cape Town hotel management course scheduled for May. 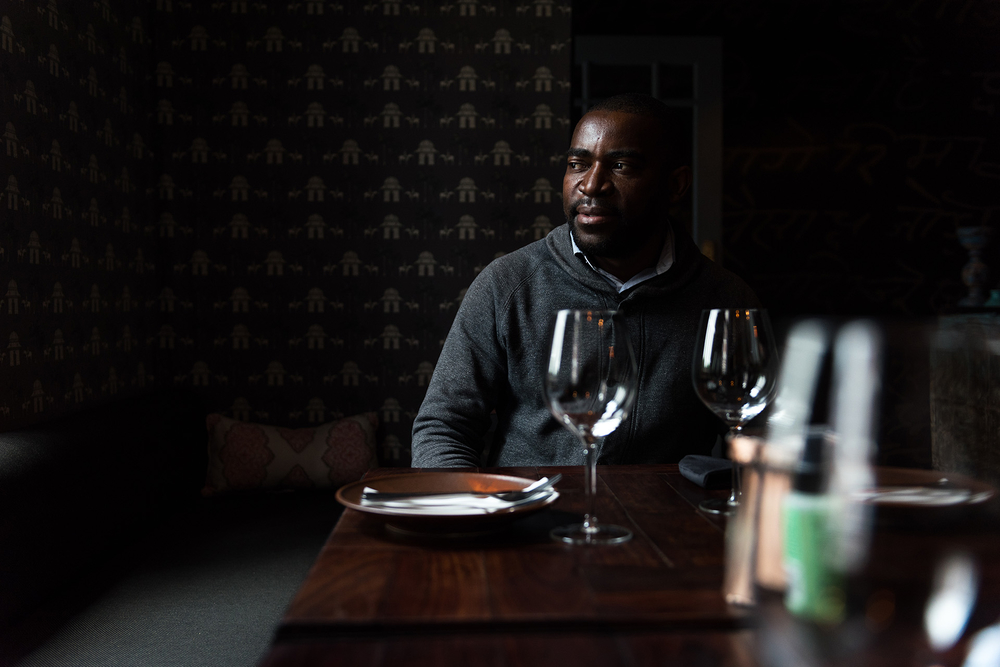 Economic hardship is often a precursor to South Africa’s periodic bouts of xenophobic violence. Sinjilani, as a foreign national, was watching the public mood keenly and said he already sensed a “rising anger” stoked by the media reports of corruption and by the related fears of a shrunken post-COVID job market.

A survey this month by Ask Africa, a market research company, found that 76 percent of South Africans felt the government’s handling of corruption was “all talk and no action”, and one in three felt Ramaphosa was not doing enough to stop COVID-19 graft.

On 18 August South Africa’s lockdown was downgraded to allow for inter-provincial travel, the sale of alcohol and tobacco, and the re-opening of the hospitality industry – albeit with shortened operating hours and customer ceilings. A 10pm to 4am curfew remains in place.

But Papachristodoulou said it would take more than a less draconian lockdown to see the industry snap back to its pre-COVID-19 trading levels.

“People will get fewer shifts and work shorter hours and get less tips. It [the lockdown] will affect people’s income for a while,” she said.

Staff retrenchments are not yet contemplated at Thali, and Papachristodoulou is hopeful of a small local tourism-led Christmas bounce.

Xabisokazi is just happy to get back to work. “I don’t expect to get the same salary [when Thali re-opens],” she told TNH. “I just expect to get what they manage to give me.”

*A pseudonym has been used to protect his privacy.