Conflicting reports said either one or four separatist soldiers were killed in the ensuing clashes, and several more wounded. The rare assault occurred in the contested Luhansk region near a town called Zolote, where military disengagement is planned as part of efforts to reduce tensions and build confidence towards a tentative peace settlement. 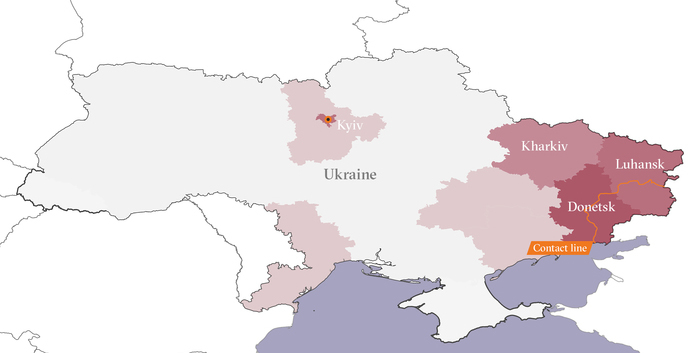 The New York Times reported that the attack was viewed in the Ukrainian capital, Kyiv, as more about political jockeying than military aggression. Ukrainian President Volodymyr Zelensky called it "an attempt to wreck the peace process in Donbas, which had started to move forward with small but continuous steps". After meeting Russian President Vladimir Putin in recent months at talks mediated by Germany and France, Zelensky – under pressure from nationalists at home – had recently rejected a 12-point plan to reduce tensions that was seen by some as too kind to Moscow.

The conflict in Donbas, which erupted in 2014 after Russia annexed Ukraine's Crimea peninsula, has claimed at least 13,000 lives – including more than 3,340 civilians – and left some 3.5 million people in need of humanitarian assistance. Look out for TNH’s upcoming short film from the front line.