Zimbabwe heads to the polls on Monday for landmark elections, the first since Robert Mugabe was ousted in November after 37 years in power. But despite promises of a new corruption-free era, monitors, experts, and the opposition allege that once again the ruling party is trying to buy votes with food aid.

Almost two and a half million Zimbabweans are at risk of hunger, but as the country gears up for 30 July presidential, parliamentary, and local elections, government promises that food aid will be distributed according to need rather than party affiliation are ringing hollow.

After taking the helm when Mugabe was ousted in November, President Emmerson Mnangagwa pledged Zimbabwe would turn over a new leaf, ending corruption such as the politicisation of food aid. He also promised the elections would be “free and fair” and extended the first invitations in almost two decades to foreign governments to observe the polls.

Now, the Zimbabwe Peace Project, an NGO monitoring the pre-election environment, says it has received reports from across the country of people excluded from food aid because of their political affiliation, allegations echoed by the opposition Movement for Democratic Change (MDC).

“People are being deprived of food aid on account of them being supporters of the opposition. That must stop,” MDC presidential candidate Nelson Chamisa told the Africa Report website. Chamisa, who according to a recent report by Afrobarometer is polling just three points behind Mnangagwa, has repeated the allegation several times on the campaign trail. 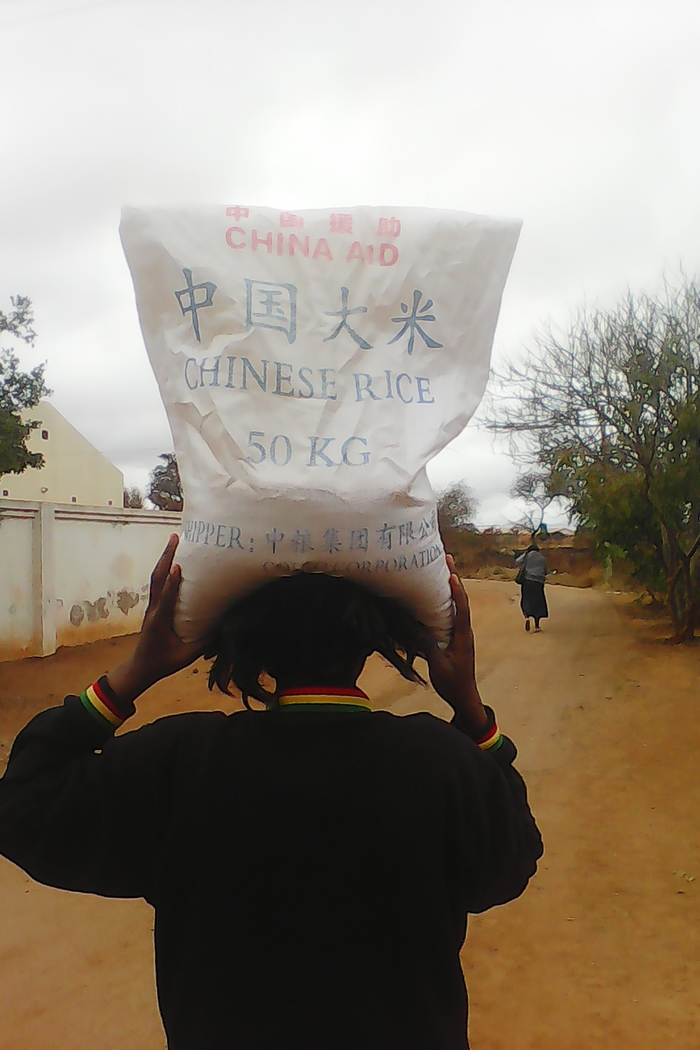 Mugabe’s regime was often accused of using food aid as a political tool. In 2016, amid a spate of anti-government protests and a devastating drought, Zimbabwe’s Human Rights Commission said officials of the ruling Zanu-PF party “were the major perpetrators in violations linked to distribution of food, agricultural inputs and other forms of aid,” and that such practices violated UN Principles on Fundamental Human Rights to Food.

In Zimbabwe, the coordination of food distribution is done by provincial governors, who are appointed by the central government.

Opposition parties have criticised placing food aid in the hands of government officers, claiming it has led to politicisation as most are ruling Zanu-PF party supporters, some of whom are contesting parliamentary or local seats but have not – in line with election laws – resigned from their posts.

“There is undoubtedly political manipulation,” said Pat Thaker from the Economist Intelligence Unit, a London-based analyst group. There are “many reports of people who require aid being required to show a Zanu-PF card,” she told IRIN.

Some Bulawayo residents said they were unaware that food aid was available in the city.

“We are hearing it from you,” an elderly widow told IRIN.

“They usually give this food to their supporters, and since I do not know anything about politics I guess that’s why we did not hear about the rice,” she said.

Acting Minister of Information Simon Khaya Moyo, who doubles as Zanu-PF national spokesman, told IRIN that any grassroots party officials found selectively distributing food aid would face internal party disciplinary measures as “the president has made it clear no one should be discriminated against.”

An estimated 2.4 million Zimbabweans - about 28 percent of the rural population - are projected to require food assistance during the coming peak hunger season, which runs from January to March, 2019, according to the 2018 Zimbabwe Vulnerability Assessment Committee Report.

Lloyd Chadzingwa, advocacy and communications officer at the Food and Nutrition Council (FNC), a government agency set up to monitor and advise on food insecurity and malnutrition issues, referred IRIN’s questions to local officials, noting that “they are the ones who coordinate food distribution on behalf of government.”

Chadzingwa did say the number of food insecure people in urban areas jumped from 1.1 million in 2016 to 1.5 million in 2018, largely because incomes remained stagnant as the prices of basic commodities rose.

Across the country, “widespread poverty, HIV/AIDS, limited employment opportunities, liquidity challenges, recurrent climate-induced shocks and economic instability all contribute to limiting adequate access to food,” according to the WFP.

The latest forecast from US-funded food security and malnutrition watchdog FEWS NET says crisis levels of food insecurity are expected across much of the country between August 2018 and January 2019.