This article is part of our in-depth coverage. Read more like this...
HOIMA

As Congolese fleeing attacks in the northeastern Ituri province continue to stream into neighbouring Uganda, an outbreak of cholera with a worryingly high mortality rate is hampering efforts to respond to the sudden influx.

A lack of adequate funds is frustrating the response not only to the disease outbreak, but also to the wider needs of the new arrivals.

Since the exodus began in January, some 48,000 Congolese, mostly from the Hema and Bagagere communities, have arrived in Uganda by crossing Lake Albert. In Ituri, dozens of people have been killed, thousands of houses burned and more than 100,000 people displaced.

As of March 6, some 1,466 suspected cases of cholera had been recorded among the refugees, according to the Ugandan government, which said 32 people had died of the highly infectious disease.

That’s a mortality rate of 2.2 percent. While that’s a significant decline from the four percent recorded a fortnight ago, when treated early and correctly, cholera tends to kill less than one percent of those infected.

“We are not doing enough to respond first,” David Alula, of Medical Teams International, an NGO, told IRIN at a 50-bed cholera treatment centre in Sebarogo, a fishing village on the Ugandan shore of Lake Albert. “More attention needs to be paid to address the situation.”

Those fleeing the Democratic Republic of Congo arrive in Sebarogo and other coastal villages, where they are screened. Many are already infected with the Vibrio cholerae bacterium that causes cholera.

Sometimes it takes several days before refugees are transferred to the town of Kagoma, where they are registered and then transported to refugee “settlements.”

One such settlement, Kyangwali, is home to 45,000 refugees, and has registered hundreds of cases of cholera.

“We had not planned for this kind of sickness all along. Everything is being doubled on the ground, and more efforts are [being] put in place to make sure it’s contained,” she said, citing as current priorities water treatment, staff recruitment, mass mobilization, and investigations into what caused the outbreak.

“It’s something which is overstretching our resources but which we must handle to make sure we save the lives of these people,” she added.

Kebirungi added that international support was needed to manage the caseload and to ensure adequate medication and staff. 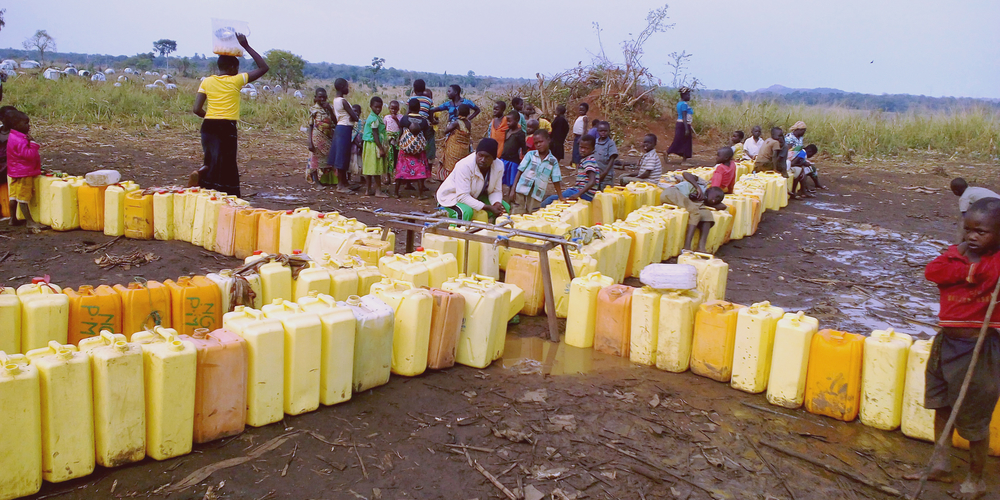 Uganda hosts some 1.4 million refugees, about a third of whom fled the civil war in South Sudan. In Uganda, refugees are accommodated not in tented camps but in settlements, where they are allocated plots of land that they can farm and build their homes on.

Alula said that teams from the UN’s World Health Organisation, Uganda’s Ministry of Health – which has set up a dedicated task force to tackle the cholera outbreak – and local officials were on hand but were “ill facilitated.”

“We need more teams to help us at the community level to carry door-to-door campaigns, more manpower to back the medical teams at clinical case management side, and additional ambulances to help us move forward to contain the outbreak,” he said.

According to Delphine Pinault, the country director for CARE International, the cholera outbreak is affecting other aspects of the response to the refugee influx, whose needs in terms of water, food, shelter and other essentials are not being met.

“CARE’s support to gender-based violence (GBV) survivors is made more difficult, as there is less attention to other critical GBV interventions, like post-exposure prophylaxis kits for cases of rape,” she said.

Pinault explained that given the high levels of trauma resulting from “sexual violence, physical assault on an unimaginable scale,” women among the refugees desperately need psychosocial support as well as basic sanitary items to “restore their dignity.”

“In the case of children losing parents or caregivers, it poses protection risks. It also causes a lot of stress and anxiety among an already highly traumatized population, increasing the demand on protection actors,” added Pinault.

“At least I am safe”

Speaking to IRIN in Kagoma, an anguished Mariane Arobo, among the new arrivals, said her sick baby had been crying for three days.

“I haven’t got proper medical treatment for her at all,” she said. “I have no money to buy medicine. I don’t have enough breast milk, and no baby food to feed her. I need urgent help to treat my daughter.”

Another refugee, Mohammed Wikpa, complained that Kagoma was congested.

“There is a lack of shelter,” he said. “Some of us sleep in the open. If it rains we suffer. But at least I am safe here. I don’t hear guns or fear of being killed. Back home people are being killed and slaughtered like animals. I saw dead bodies littered all over. Women are raped.” 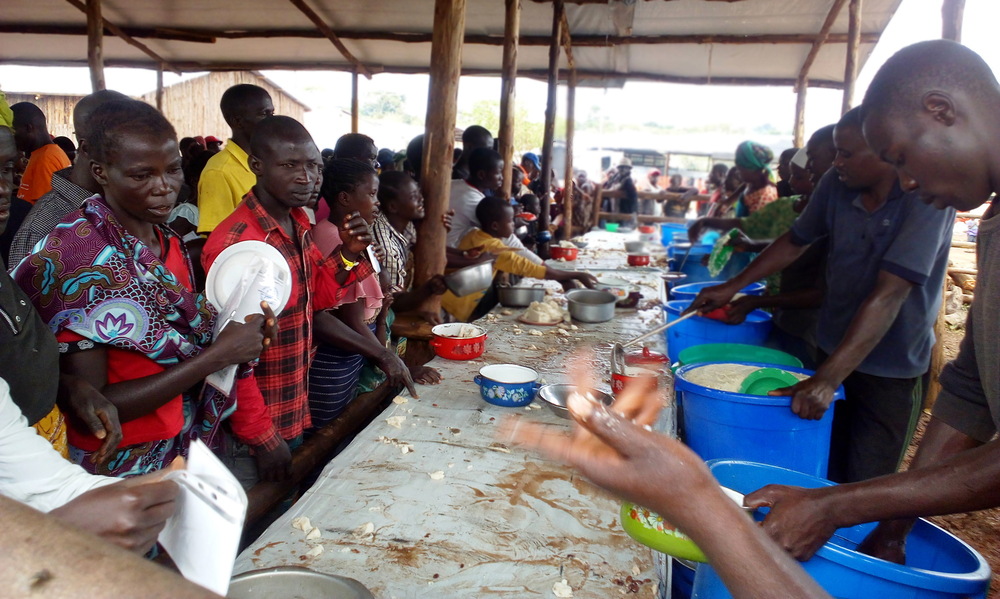 Aid workers said the response to the cholera outbreak, accelerated by poor sanitary conditions, had been compromised by a shortage of human and financial resources.

International funding for humanitarian aid in Uganda is under threat because of a corruption scandal implicating senior officials. Four people, including the commissioner for refugees, Apollo Kazungu, were suspended last month over accusations of exaggerating refugee numbers. Millions of donor dollars have reportedly gone missing.

According to Andie Lambe, the executive director of the International Refugee Rights Initiative, even before the cholera outbreak “the minimal funding available to support the response to the DRC refugee influx was already seriously strained, and actors were struggling to service the most basic and immediate needs of the refugees.”

The UN Refugee agency is a case in point: this year its Ugandan operations have been budgeted at $474.4, but it has only received $23.2 million to date.

The UN’s World Food Programme is similarly cash-strapped, according to its senior regional spokesman, Peter Smerdon.

“Unless new funding is received in the coming weeks, WFP foresees serious shortages in cereals and special nutritious foods beginning in April 2018,” he said. “Cash shortages will begin in July 2018.”

Lambe insisted that whatever concerns donors have about Uganda’s refugee system, “the priority [...] must always remain on ensuring the welfare and protection of the refugees themselves.”

“Now is the time to focus on improving the response and making it more effective, not to withdraw aid, as this will only have the obvious impact of making the refugees' suffering worse,” she said.

For more: Refugees recount killings and a harrowing lake crossing to Uganda