A battle at the Red Sea port city of Hodeidah threatens to throw Yemen even further into the depths of humanitarian catastrophe, cutting off crucial imports and displacing as many as half a million people.

A coalition of anti-Houthi forces, which includes fighters loyal to internationally recognised (but deposed) President Abd Rabbu Mansour Hadi, a Saudi Arabian-led coalition, and now reportedly some fighters who followed former president Ali Abdullah Saleh when he abandoned the Houthis shortly before his death earlier this month, may be headed for the city.

Last week, the International Committee of the Red Cross warned that “fighting along the Red Sea coast is reported to be approaching densely populated urban areas”, and Emirati state media (the UAE is a key coalition member) recently trumpeted that its forces were fighting in an area around 120 kilometres south of Hodeidah city .

A large-scale operation in the port city may still be avoided – a similar move was threatened before and postponed in part thanks to some serious diplomatic wrangling – but humanitarians are nonetheless concerned.

“The potential humanitarian impact of a battle at Hodeidah feels unthinkable,” Suze Vanmeegen, protection and advocacy advisor at the Norwegian Refugee Council, told IRIN. “We are already using words like ‘catastrophic’ and ‘horrendous’ to describe the crisis in Yemen, but any attack on Hodeidah has the potential to blast an already alarming crisis into a complete horror show – and I’m not using hyperbole.”

Hodeidah and its alternatives

Predictions of famine have hastened in the past month, following a partial blockade by the Saudi Arabian-led coalition at Yemen’s Houthi-controlled Red Sea ports of Hodeidah and Saleef.

Hodeidah imports the majority of Yemen’s staple food and fuel, and humanitarians have long argued it is key to avoiding famine in a country where the UN’s latest estimates put 8.4 million people at risk of starvation.

Even though the restrictions on imports have eased, with some aid now allowed in, few ships have been able to dock at Hodeidah. This week, the World Food Programme said that if commercial vessels with food and fuel didn’t get in soon “we will have a large-scale humanitarian catastrophe of a much larger magnitude than we currently face… It will be beyond the control of the humanitarian community.”

Aid agencies do appear to have back-up plans ready for a Hodeidah battle, which could, in the worst-case scenario, see the port destroyed.

The most recent published contingency plan, put together when a battle was predicted in March, says that if Hodeidah becomes completely inaccessible, the WFP-run logistics cluster (which facilitates humanitarian transport for various aid agencies) will reroute some cargo to Aden.

The plan notes that if all sea cargo is rerouted to Aden “there is a concrete risk of congestion, resulting in considerable delays”.

Overland transport via convoys from Oman or Saudi Arabia – both have borders that are open to commercial trade – are also on the table if access to Red Sea ports is limited and it is no longer feasible to transport cargo from Aden to northern (mostly Houthi-controlled) areas (already a difficult trip).

While the logistics of massive aid convoys would require some serious doing, not to mention a likely increase in security costs and the time it takes to deliver aid, it’s not seen as an impossible ask.

The ICRC told IRIN last month that it is “already using all available alternative land routes to bring supplies into the country” since the start of 2017, namely the Saudi Arabian and Omani land crossings.

Commercial traders – the main suppliers of Yemen’s fuel and food – may be able to adapt more quickly if Hodeidah becomes unusable, although the cost of security (not to mention the bribes at multiple checkpoints) would be passed down to the consumer.

In response to price increases seen after borders were shut – but with food still available on the markets – Oxfam told IRIN it had doubled the amount of monthly cash assistance it gives to 9,000 especially vulnerable families from 24,000 to 48,000 rials (around $190 at the time of publication, but exchange rates change quickly in Yemen).

Overall, the main message from the humanitarian community remains that Hodeidah is irreplaceable.

“The investment of the humanitarian community in ensuring Hodeidah port is protected and able to function is by no means arbitrary,” the NRC’s Vanmeegen told IRIN. “It is based on well-founded fear that the use of alternative ports would have security and cost implications that would compromise the delivery of aid and leave more people without access to the things they need to survive.”

A battle would not just threaten supply routes that are a lifeline to civilians – The area around Hodeidah port is heavily populated and fighting there and across the city could mean loss of civilian life and further displacement in a province that already hosts more than 100,000 displaced people.

Shabia Mantoo of the UN’s refugee agency, UNHCR, told IRIN that an intensification of conflict in Hodeidah could lead to “large-scale displacement of anywhere between 100,000 to half a million people”. 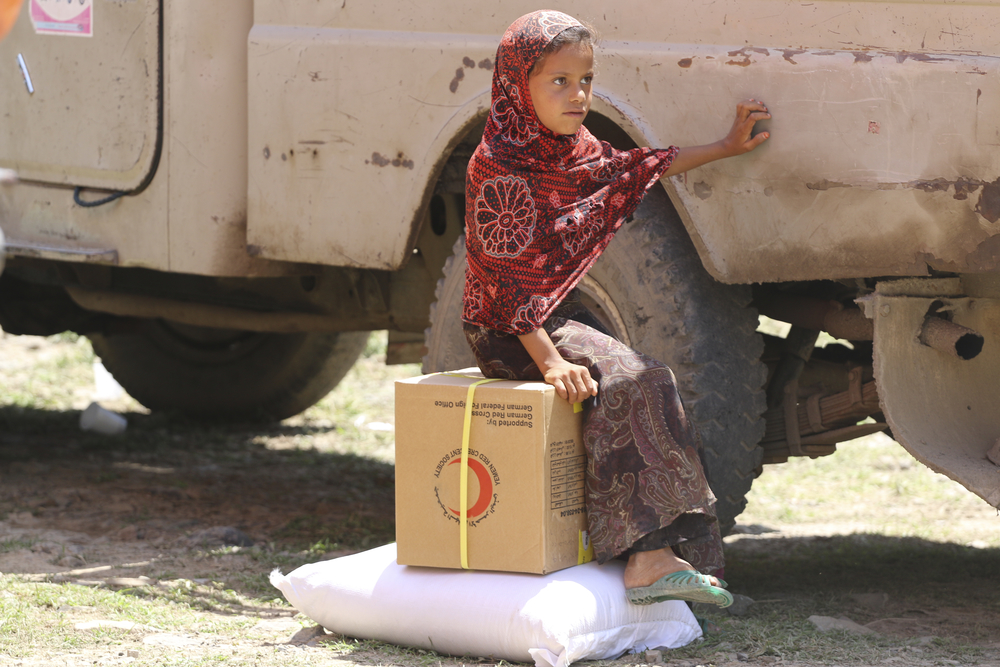 “We… expect continuous displacement if hostilities intensify and prolong on the west coast, further exacerbating needs in what is the world’s largest humanitarian crisis at present,” Mantoo said.

There has been no mass displacement in the area yet, “but this is most probably attributed to both the volatile security environment and the blockage of roads hampering movement,” she added.

Mantoo said UNHCR has emergency assistance ready in Hodeidah, enough to help 2,000 displaced families, and additional stocks are in the pipeline for more than 20,000 families.

The NRC’s Vanmeegen pointed out that while there are plans in place for an emergency scenario, there’s no “guarantee that aid could be delivered as quickly or as effectively as would be needed.

“Our warehouses are too vulnerable to attack and authorities across Yemen continue to actively impede access for humanitarian actors to people in need,” she said.

Meanwhile, the capital Sana’a has seen less street fighting in recent days but at least 30 people were reportedly killed in airstrikes, with another 80 wounded.

(TOP PHOTO: A displaced child waits to collect a daily share of bread for his family from an ICRC supported bakery in Ibb, Yemen. Hussam al-Shormani/ICRC)