Aid agencies are ringing loud alarm bells after the Saudi Arabia-led coalition closed Yemen’s land borders, sea ports, and airspace, warning of the extreme dangers of cutting off access and assistance to a country already on the verge of famine.

The UN’s top relief official Mark Lowcock told reporters on Wednesday that if the new restrictions – now in place for three days – were not lifted, Yemen faces “the largest famine the world has seen for many decades”.

On the same day, 18 major NGOs said in a joint statement that “the humanitarian situation is extremely fragile and any disruption in the pipeline of critical supplies such as food, fuel, and medicines has the potential to bring millions of people closer to starvation and death”.

The Saudi Arabia-led coalition announced on Monday that it was closing all routes into Yemen, two days after a missile was fired by Houthi rebels towards the Saudi capital, Riyadh. The missile was intercepted, but the coalition said it was sealing off the country to “address vulnerabilities” in inspection procedures that had allowed Houthi rebels to obtain missiles like the one aimed at Riyadh, as well as other military equipment.

The impact of the war has been drastic: The breakdown in Yemen’s health system and sanitation facilities contributed to a cholera epidemic that has killed 2,196 people and infected close to a million since April. The UN counts 5,353 civilian deaths related directly to the war and 8,912 injuries since March 2015 – the real numbers are believed to be much higher. 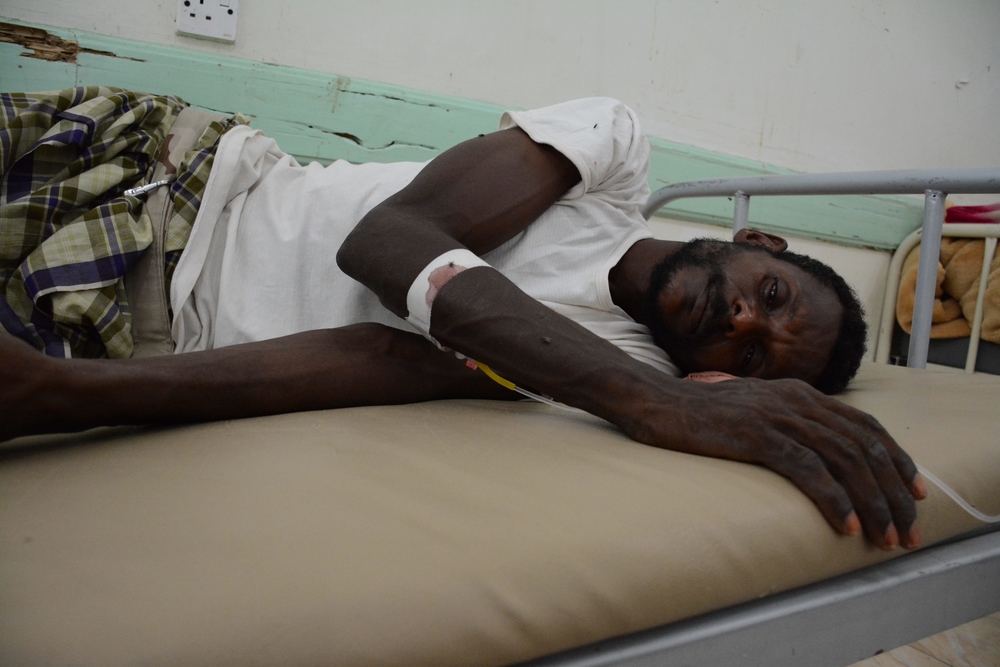 The coalition’s statement said it would take into consideration the entry and exit of humanitarian supplies and crews, but aid agencies said flights and aid shipments had already been stopped. In some areas, the impact can already be seen on the ground, with fuel and gas prices in Sana’a reportedly soaring.

The International Committee of the Red Cross said a shipment of its chlorine tablets – necessary for fighting cholera – had been denied entry. It is also expecting 50,000 vials of insulin by next week, and ICRC Regional Director for the Near and Middle East Robert Mardini said the medical aid couldn’t wait at a shuttered border as it must be kept refrigerated.

“Without a quick solution to the closure, the humanitarian consequences will be dire,” Mardini said in a written statement.

Médecins Sans Frontières recently reduced its involvement in the cholera response following a decrease in suspected cases, but Justin Armstrong, head of MSF’s mission in Yemen, told IRIN that if the restrictions are not lifted soon there’s “a very valid concern” that the outbreak could worsen again.

Armstrong pointed out that a large proportion of Yemen’s population relies on trucked water for safe drinking, but distribution may be limited with the run on fuel and increase in prices. “If people take greater risks in terms of how they get their water, this could lead to a resurgence of cholera,” he told IRIN.

Getting aid and commercial imports into Yemen was a challenge before this shutdown , and throughout the war rights groups have repeatedly accused the Saudi-led coalition of delaying and diverting aid into the country. The Houthis have also been accused of confiscating aid and limiting humanitarian access, especially in the besieged city of Taiz.

The country’s main port, Hodeidah, has long been operating at low capacity due to airstrikes knocking out four of its five functioning cranes in August 2015. Most commercial ships won’t dock there given the long and expensive wait times involved in a UN inspection process, approval from the coalition, and limited unloading capacity with rented cranes.

Four new mobile cranes, purchased for the port by the Word Food Programme with US aid money, were rerouted to Dubai after the coalition refused to allow them to dock in February.

Last month, WFP told IRIN that in September the coalition denied a renewed request to bring the cranes to Hodeidah, saying the “port is in the hands of the rebels who loot humanitarian assistance, impose royalties, and exploit the port for smuggling prohibited materials”.

A long-anticipated battle at Hodeidah, which handles about 70 percent fo Yemen’s food imports, means aid organisations had contingency plans for the port’s closure – including increased use of Aden port or shipping goods overland via Oman. IRIN was present at the Omani border after the closure and it did not appear completely shuttered. Aid agencies did not respond to requests for comment on backup relief plans in time for publication.

A health worker measures a child to assess malnutrition in Yemen 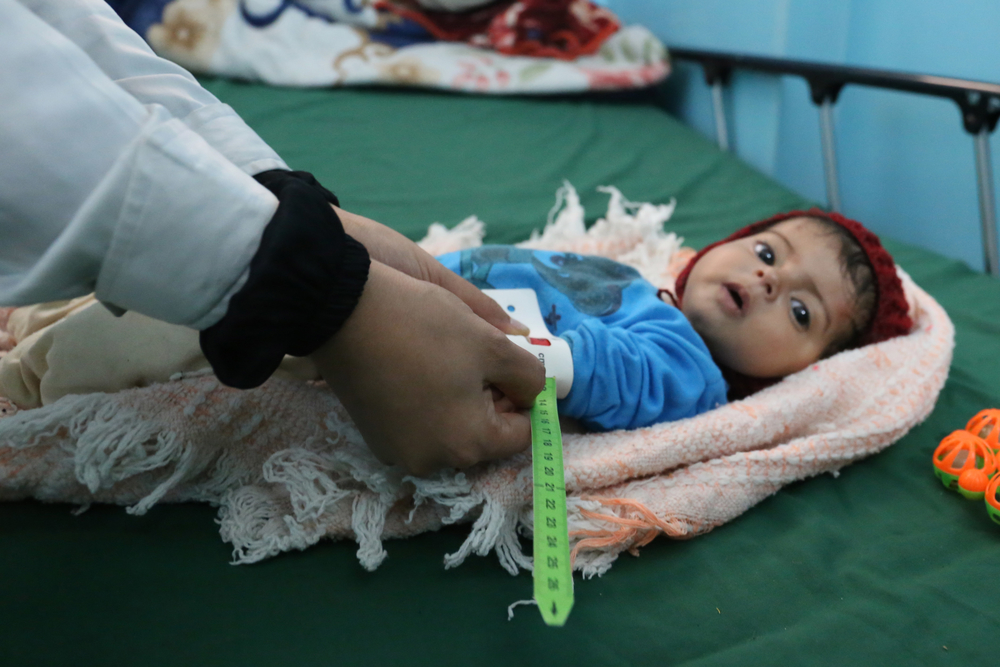 Prior to the new blockade, food insecurity was already worsening in Yemen, in large part due to an economic collapse that has left millions unable to purchase enough to eat, even when it is available. The future, now, is even bleaker.

“It’s already been tough enough to get help in – we’ve been forced to rely on routes that are long and slow for years,” explained Tamer Kirolos, Save the Children’s country director. “But if access shuts off entirely, even for a single week, then disaster will be the result.”