This article is part of our in-depth coverage. Read more like this...
A humanitarian crisis is looming in Afghanistan as 5,000 refugees return each day from Pakistan, where they are being pressured to leave and join hundreds of thousands already displaced by war at home.
The UN has announced an emergency appeal for $152 million to support approximately one million people expected to be on the move in Afghanistan from now until the end of the year. That’s about 600,000 more people than the UN’s Humanitarian Response Plan projected for 2016.
The plan prescribed assistance for 250,000 internally displaced people, but the number of IDPs so far this year has already come close to that estimate. With fierce fighting continuing through the country, many more are expected to flee their homes.
The new estimates include 400,000 internally displaced people, along with returns of about 220,000 people who were registered as refugees in Pakistan or Iran, and another 400,000 who were not registered but are returning from those two countries, but mostly from Pakistan.
Conditions are especially poor for the undocumented returnees, who do not receive the same support as those who have been registered as refugees. But this hasn’t stopped thousands returning from Pakistan, where many have lived for decades, because they are no longer welcome there. 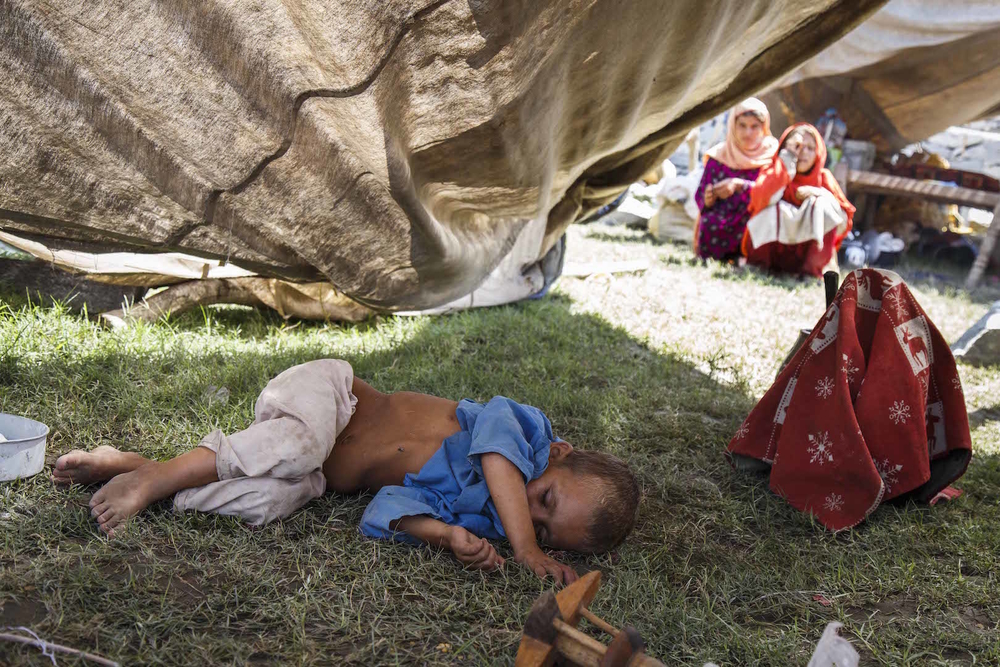 Jim Huylebroek/NRC
A malnourished boy sleeps under an old tent in Nangarhar province after his family returned from Pakistan
“Unprecedented numbers of Afghans are fleeing increased incidents of violence, arbitrary arrest, detention and other forms of harassment,” said the International Organization for Migration in a statement on Friday.
“Given as little as 48 hours to leave, they are hard-pressed to sell off assets and pack up their homes and possessions. In some instances people arrive with little more than the clothes on their backs.”
SEE: Is Pakistan going to send Afghan refugees home?
The Norwegian Refugee Council said last week that 225,000 people have returned so far this year, of which 136,000 are undocumented, and returns have increased dramatically in the past six weeks. It was this spike that prompted the UN appeal, as aid groups are already struggling to assist those who’ve already returned.
Will Carter, who is with the NRC and recently visited returnees in Nangarhar Province, found families living out in the open or in overcrowded dwellings. Many had little food, and there were no sanitation facilities, which raised fears of disease outbreaks.
“We are in a race against time to provide enough shelter and sanitation facilities to families arriving before the wet winter season,” Carter said in a statement.
Nangarhar, which shares the busy Torkham border crossing with Pakistan, is expected to absorb 85,000 returnees – far more than any of Afghanistan’s other 34 provinces. But the province has also seen its own mass displacement as government and allied forces battle insurgents including the Taliban and Daesh (also known as the Islamic State). 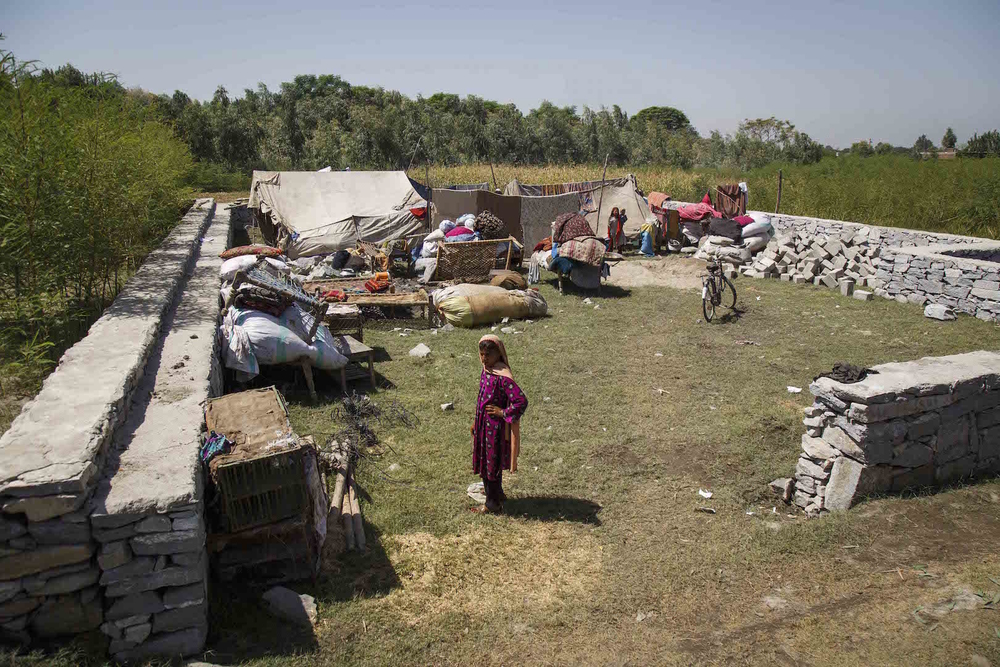 Jim Huylebroek/NRC
A girl stands with her family's possessions which they've brought to Nangarhar province after leaving Pakistan
On a trip last week to Afghanistan, Stephen O’Brien, the head of the UN’s emergency aid coordination body, OCHA, said the government was “preparing plans for longer-term solutions for the resettlement of returnees”.
O’Brien did not say exactly what those plans are, but the government has a poor track record when it comes to caring for displaced people.
An Amnesty International report earlier this year said Afghanistan had failed to implement a 2014 national policy to provide basic living standards for IDPs. Instead, Amnesty researchers found them living “on the brink of survival”.
SEE:  Afghanistan’s failed promises to help people displaced by war
A report last year by the US Special Inspector General for Afghanistan Reconstruction exposed the former government's history of corruption and mismanagement of programmes meant to help returnees.
SEE: The $1bn hole in Afghanistan’s refugee system
The current government is facing political infighting, an economic collapse, and insurgencies on multiple fronts. It will need all the help it can get to deal with the ever-growing number of Afghans with nowhere to live.
jf/ag
(TOP PHOTO: A truck carrying Afghan refugees returning from Pakistan travels through Afghanistan's Nangarhar province in August. CREDIT: Jim Huylebroek/NRC)