Children play on the dumpsite in the Budiriro suburb of Zimbabwe’s capital, Harare, scrambling through the garbage and ignoring the clouds of flies and overpowering stench from the rotting, untreated waste.

This was the epicenter of Zimbabwe’s last and worst cholera epidemic, which between 2008 and 2009 killed 4,300 people and infected over 100,000. Now, with the emergence of a cholera outbreak in neigbouring Mozambique, which has already infected 14 people in Zimbabwe’s border towns, the question is whether the authorities are ready and better able to cope should cholera spread to Harare.

Joseph Mpofu lives in a compound of three homes just 10 meters from the dumpsite in Budiriro. “Our children are always going down with diarhoea and we have made numerous reports to Harare City to collect the waste, but they have never done so,” he told IRIN, waving away flies settling on nappies hung out to dry.

“The last cholera outbreak started here in Budiriro and we are manufacturing ideal conditions for another outbreak to occur. If the cholera in Mozambique finds its way to Harare, it would spread rapidly,” said Mpofu.

Given the extent of cross-border trade and travel in southern Africa, one of the likely entry points for the highly infectious cholera bacillus would be bus stations like the Mbare terminus, which welcomes people from across the region.

Food vendors preparing snacks and meals in open-air makeshift stalls told IRIN they were taking extra precautions to keep their environment sanitary. “Our only concern is that sometimes the public toilets are not cleaned on time and regularly and they overflow with human waste, which could encourage the spread of cholera,” said vendor Tanatswa Machingura.

Confirmed cholera cases in Zimbabwe have so far only occurred in Mudzi, Chipinge and Chiredzi - on the borders with Mozambique - and Beitbridge, the busy crossing point to South Africa. Harare City Health Director Dr Prosper Chonzi said the capital was on high alert as “it only takes a bus for the disease to get into Harare”.

What made controlling cholera so difficult six years ago was Zimbabwe’s dilapidated water and sewerage systems, the result of a long-running economic crisis that starved local authorities of investment in public infrastructure. Since then, a US$144 million loan from China has been used to rehabilitate the city’s waste water treatment plant, which means raw effluent is in theory no longer being discharged into Harare’s main water supply. 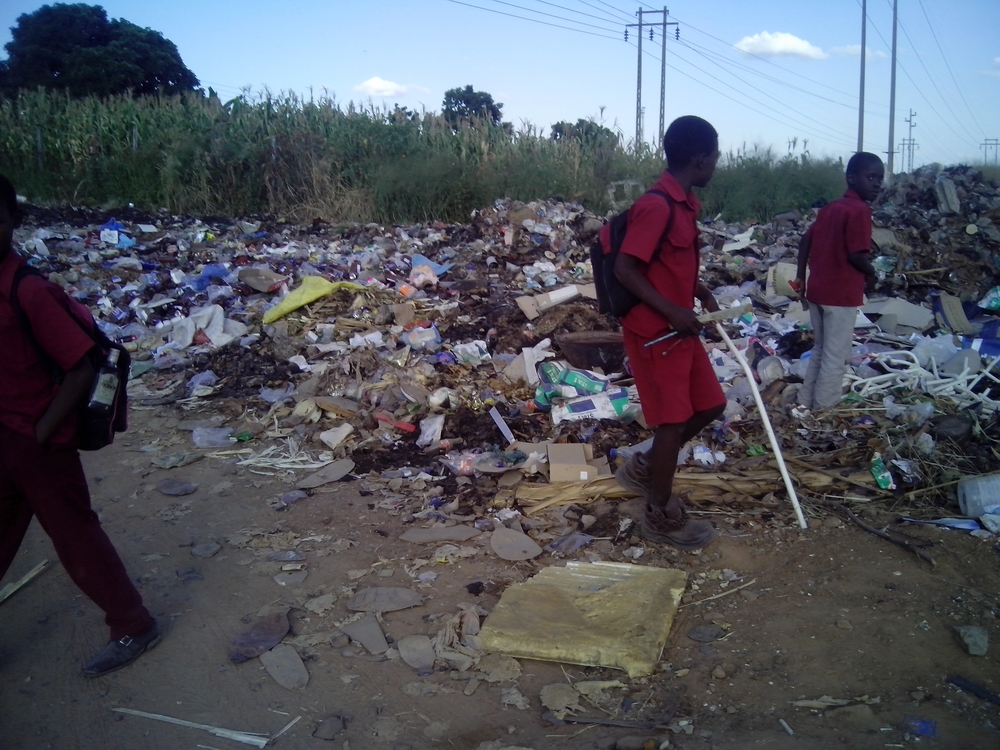 But, as an editorial last week in the state-controlled Herald newspaper pointed out, this seems still to be a work in progress. “The city of Harare has come under fire for failing to collect refuse around the city and the provision of smelly and dirty-looking water. Burst sewerage and erratic water supplies for most high density suburbs of the city and Chitungwiza [a satellite town] are also a cause for worry. Adequate toilet facilities at public places like bus termini should also be provided without fail.”

Harare City spokesperson, Michael Chideme, told IRIN the situation had markedly improved since the last cholera outbreak. Then, pipes to some of Harare’s suburbs were completely dry as the city could only provide 200 million litres of water a day against a need of 800 million litres, forcing people to use unsafe sources of supply. Since the rehabilitation work, output has almost trebled to 550 million liters of water a day, he said.

While prevention remains a concern, Chideme said he was confident Harare’s health system would be able to handle an initial cholera outbreak. “Each of our health centres, which include two hospitals, 46 clinics and polyclinics, have the capacity to deal with 20 cases in the event of an outbreak.”

But Dr Ruth Labode, chairperson of the Parliamentary Portfolio Committee on Health, is less sanguine. “In terms of containing [limited cases], we are able to do that. However, if there is an [epidemic] then we would be in dire straits because we would not have the capacity to deal with that. At government hospitals there is low staffing, some medical staff would require retraining while some hospitals have challenges on accessing basics such as water,” she told IRIN.

Despite the alert in Zimbabwe, it is Mozambique that has borne the brunt of the cholera outbreak following heavy rains and flooding in December 2014, with 6,737 cases and 51 deaths. However, new cases are now decreasing in all of Mozambique’s provinces except central Zambezia, where “existing capacities for treatment are limited and overstretched”, according to the humanitarian Assessment Capacities Project (ACAPS).

In neighbouring Malawi there have been 148 cases since 11 February.