A maize research facility designed to reduce the time it takes to research and develop varieties resistant to viral maize lethal necrosis (MLN), which has been reported in East Africa since 2011, is to be established in Naivasha, Kenya.

The facility, funded to the tune of US$1.2 million by the Bill and Melinda Gates Foundation, is expected to be operational by the end of September 2013.

“The facility will enable public and private sector institutions that are engaged in the development and delivery of improved maize varieties in Eastern Africa to screen their breeding materials [including inbred lines and hybrids] under reliable disease screening procedures,” Boddupalli Prasanna, an MLN researcher with the International Maize and Wheat Improvement Center (CIMMYT), told IRIN.

The facility is expected to serve as a hub for training young researchers and students in Africa on MLN screening and for identifying MLN-resistant maize germplasm. Maize virologists from CIMMYT, the Kenya Agricultural Research Institute (KARI), the International Institute of Tropical Agriculture (IITA) and institutions in the USA (e.g., Ohio State University/US Department of Agriculture) will work together at the facility.

"When you talk to farmers, they tell you it is not profitable to grow maize any more and this can lead to serious shortages of the crop and in turn, food insecurity. Remember that maize remains the food of choice for many people in the region"

MLN first appeared in Kenya’s Rift Valley in 2011 and quickly spread to other parts of Kenya, as well as to Uganda and Tanzania, according to CIMMYT.

MLN can cause total crop loss if not controlled effectively. Infected plants are frequently barren; ears formed may be small or deformed and set little or no seed.

In 2012, the disease affected an estimated 300,000 smallholder farmers in Rift Valley , traditionally Kenya’s largest maize producing region. This year alone, the government estimates the disease has affected some 18,500 hectares.

Recent research carried out in Kenya by CYMMIT and KARI featuring 119 commercial maize varieties artificially exposed to the virus during 2012-2013, revealed that as many as 117 were susceptible to MLN.

Farmers could switch to other crops

Experts like James Samo, an agricultural production officer at Kenya’s Ministry of Agriculture, say unless the disease is controlled, it could lead to a shortage of maize, as farmers might decide to turn to other crop varieties.

“When you talk to farmers, they tell you it is not profitable to grow maize any more and this can lead to serious shortages of the crop and in turn, food insecurity. Remember that maize remains the food of choice for many people in the region,” he said.

Some farmers told IRIN they plan to plant alternative crops should efforts to control the disease fail.

“Last year alone, I lost crops to the disease worth $1, 200. Come this year, I thought the government would come up with lasting solutions but that never was. Even this year my crops have been attacked yet again. I have since uprooted maize and will then plant millet come next planting season,” Daniel Tirop, a 46-year-old farmer, told IRIN.

In Tanzania, cases of the disease were first reported in August 2012 in Mwanza, near Lake Victoria, and in Arusha.

Experts have welcomed efforts to control the disease, saying it has devastated crops - in part due to the lack of knowledge among farmers and agricultural extension officers in identifying it in good time, and also due to its rapid spread. 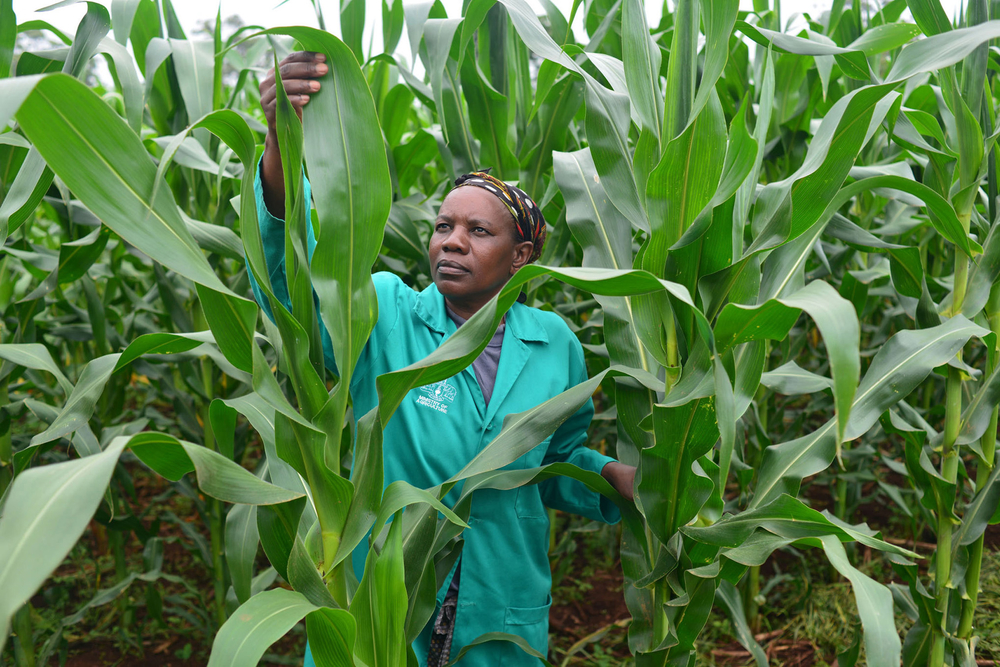 “Because it is a new disease both to farmers and to agriculture extension officers who are supposed to advise farmers, the disease has become very hard to control. The only option so far and which must be pursued vigorously, is to come up with maize varieties which are resistant to the disease,” Samo told IRIN.

Kenya’s government has spent some $113,000 since 2011 raising awareness of MLN among agricultural extension officers and farmers.

According to CIMMYT, the disease is hard to control because “it is caused by a combination of two viruses that are difficult to differentiate individually based on visual symptoms and also, the insects that transmit the disease-causing viruses may be carried by wind over long distances.”

In the meantime, experts say farmers should rotate crops and diversify as a way of controlling the disease.

“Some interventions include adoption of crop diversification and rotation with non-cereal crops to beat its spread. Since the vectors are insects, so controlling them using chemicals that would stay in the soil for three weeks - long enough to allow the seeds to germinate - combined with development of genetically resistant varieties, could curb the disease,” Mathews Dida, a maize virologist at Kenya’s Maseno University, told IRIN.

Experts say other than developing MNL-resistant varieties, there is a need for “on-farm demonstrations of the improved products, which help farmers to realize the benefits of these new varieties, including their resilience to MLN, and a strong communications strategy [including local media] should be designed and implemented for accelerating the technology’s adoption.”