Delegates representing the government of the Democratic Republic of Congo (DRC) and the rebel M23 are back in Kampala, Uganda, for a fresh round of peace talks, but analysts say that unless both sides are fully committed to the negotiations, a political solution to the crisis in the DRC’s North Kivu Province is unlikely.

The talks, which kicked off in December 2012 under the auspices of the International Conference on the Great Lakes Region (ICGLR), broke down in April; M23 representatives walked out following a decision by the UN to deploy an intervention brigade to neutralize armed groups in eastern DRC. The UN Department of Peacekeeping Operations says the 3,069-strong force, comprising troops from Malawi, South Africa and Tanzania, should be fully operational by mid-July. The force has been given a more forceful mandate than any previous military contingent with a UN peacekeeping mission.

"The representatives of both delegations are back here in Kampala. The talks will be resuming any time. We hope there will be commitment by both teams this time round," Crispus Kiyonga, the chief mediator and Uganda's Minister of Defence, told IRIN. "We shall be working towards the signing of the peace agreement. But how soon it will be reached depends on the progress and commitment of both parties. The fact that both parties keep coming and going back shows some commitment."

On a recent visit to DRC, UN Secretary-General Ban Ki Moon and his special envoy to the region, former Irish President Mary Robinson, urged both parties to remain committed to the Kampala-mediated talks.

An estimated 900,000 people are displaced in North Kivu, more than half of them by the M23 rebellion; tens of thousands more have fled across the DRC’s borders with Rwanda and Uganda. Humanitarians continue to flag the issue of civilian protection even as the DRC national army (FARDC) and M23 engage in intermittent battles in and around the provincial capital Goma, where fighting over the past year has displaced more than 100,000.

In May, four days of fighting between the government and the rebels saw thousands flee their homes for overcrowded camps on the outskirts of the city.

Some regional analysts are suspicious of M23’s return to negotiations.

"The M23's return to the negotiation table should be seen first and foremost as a PR [public relations] manoeuvre. The movement wants to show that it is seeking peace by all means," said Michel Thill, Great Lakes Region programme manager at Rift Valley Institute (RVI). "Its demands, however, are well beyond what Kinshasa would agree to negotiate with what they consider terrorists - the M23 knows that.

"The tensions are mounting between the M23, the FARDC and the civil population in North Kivu, in the face of repetitive claims by UN senior officials and the Secretary-General himself that the international brigade will be deployed in mid-July," he added. "The renewed fighting in late May just before Ban Ki-Moon's visit to Goma proves this."

Other analysts see it differently: "The return from M23 to the negotiation table is a sign from M23 and its external support they want to solve the crisis politically. M23 does not receive the same support as in November 2012 and is no longer in a position to take Goma or conduct an aggressive war," said Marc-Andre Lagrange, DRC senior analyst for the think tank International Crisis Group (ICG). "Another question is how strong the M23 really is at the moment. There are rumours that Sultani Makenga [M23's military leader] is seriously ill and weak... It remains to be seen if the movement stands up to the current pressure." 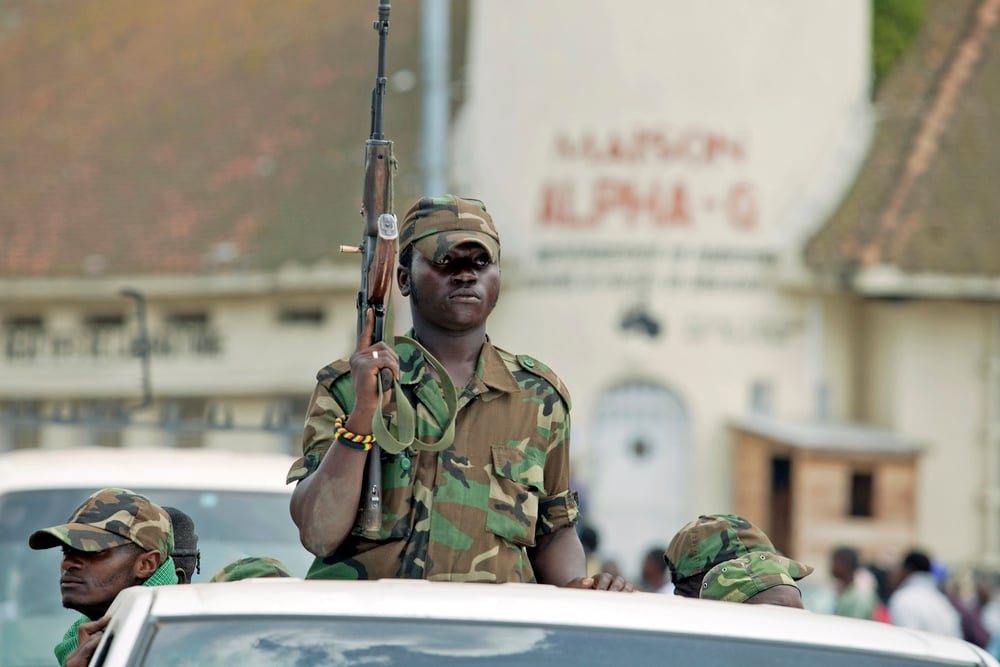 M23 representatives deny that Makenga is unwell. They also accuse the DRC government of lacking the will to negotiate a peaceful solution to the crisis in North Kivu, and of preparing FARDC and its allies for further clashes in the region.

"We have to seize this opportunity of the international community’s commitment to end this rebellion through dialogue. The military option can't end the conflict," Rene Abandi, the head of M23's Kampala delegation, told IRIN.

In a 13 June letter to Special Envoy Robinson, the rebels accused the government of refusing to negotiate at the Kampala peace talks and of preparing for further conflict in North Kivu, claims government officials have denied.

"Their allegations are baseless," Jean Charles Okoto Lulakombe, DRC ambassador to Uganda, told IRIN. "Some members of the government delegation are already here, and some are coming. We are determined to end this conflict through dialogue. We believe it is only the talks that can end this conflict, not military [methods]. We can't continue to allow our people to suffer and die because of this conflict."

But analysts agree that it will take more than peace talks - and even peace agreements - to solve the problems in eastern DRC.

"I think a return to Kampala without a genuine commitment from both sides to address the root causes of the conflict, reasons for continuity and failures of past talks is a waste of time and money. It's simply a peace joke," said Stephen Oola, a transitional justice and governance analyst at Uganda's Makerere University’s Refugee Law Project.

"DRC needs more than just peace talks. There is need for a shift in how the state fulfils its obligation to citizens and how local resources are accessed and utilized locally, nationally and internationally," he added.

"Anyone interested in returning peace to the DRC should focus on strengthening the Congolese government, not undermining it... There must be investment in ensuring that the government in Kinshasa is both legitimate and strong enough to have full control of its vast territory," said Nicholas Opiyo, a Kampala-based legal and political analyst. "The internal governance framework of the DRC must be re-engineered to be both accommodative of the various interests in the DRC and meaningful to the majority - if not all - Congolese."

"The solution for peace in the Kivus is not just political or only military. Economic cooperation has to be put in place between the countries of the Great Lakes," said ICG's Lagrange. "At the same time, minorities have to be protected and land issues solved. This can be achieved through politics."