Europe's financial crisis and rising xenophobia are complicating access to medical treatment for undocumented migrants, according to a new report by the international NGO Médecins du Monde (MdM).

"Soaring unemployment rates, rising child poverty, people losing their homes because of insolvency every month… The social systems in Europe are quaking under the strain," the authors say. "The crisis has generated austerity measures that have had a deep impact on all social safety nets, including healthcare provision."

"The economic crisis, rising unemployment and lower levels of social protection all too often lead to the finger being pointed at groups that were already facing social exclusion before the crisis, eg, sex workers, migrants and Roma [a marginalized ethnic community," they added.

Because migrants from countries with high HIV prevalence represent a significant number of diagnosed HIV cases in the European Union (EU), analysts fear that their exclusion from healthcare could lead to public health problems. In 2010, the European Centre for Disease Prevention and Control (ECDC) reported that approximately 35 percent of new heterosexual infections in the EU were diagnosed in migrants from sub-Saharan Africa; around 60 percent of these cases were reported in Belgium, Sweden and the UK.

"Undocumented migrants with HIV/AIDS are one of the most vulnerable groups in Europe today. Undocumented migrants have very limited access to healthcare services, receiving only emergency care in many EU member states," Elisabeth Schmidt-Hieber, communications officer for the NGO Platform for International Cooperation on Undocumented Migrants, told IRIN. "Those with HIV/ AIDS often face insurmountable barriers to accessing prevention, diagnosis and treatment, both of the virus and of other illnesses arising from their health condition."

In Sweden, HIV and AIDS testing and treatment is only available to undocumented migrants after the full cost has been paid. There is also no access to hepatitis testing or treatment. However, after many complaints from human rights groups, the Swedish government decided to review its healthcare regulations for undocumented migrants and asylum seekers.

There are a few exceptions. In Portugal, antiretroviral drugs are considered so important that they are immediately available to everyone, including undocumented migrants. By contrast, healthcare in general is available only after three months of residence. In 2012, the UK changed its policy on the provision of ARVs to include all people living in the UK, regardless of immigration status.

According to the MdM report, healthcare is being used by some countries to regulate migration flows. In Germany, although access to HIV treatment is provided, civil servants are required to report undocumented migrants seeking health services to the immigration department. Because of this, many avoid any treatment for themselves or their children, even though they are entitled to it. MdM reported that between 22 and 36 percent of vulnerable patients - including undocumented migrants, sex workers and drug users - had quit looking for medical care. 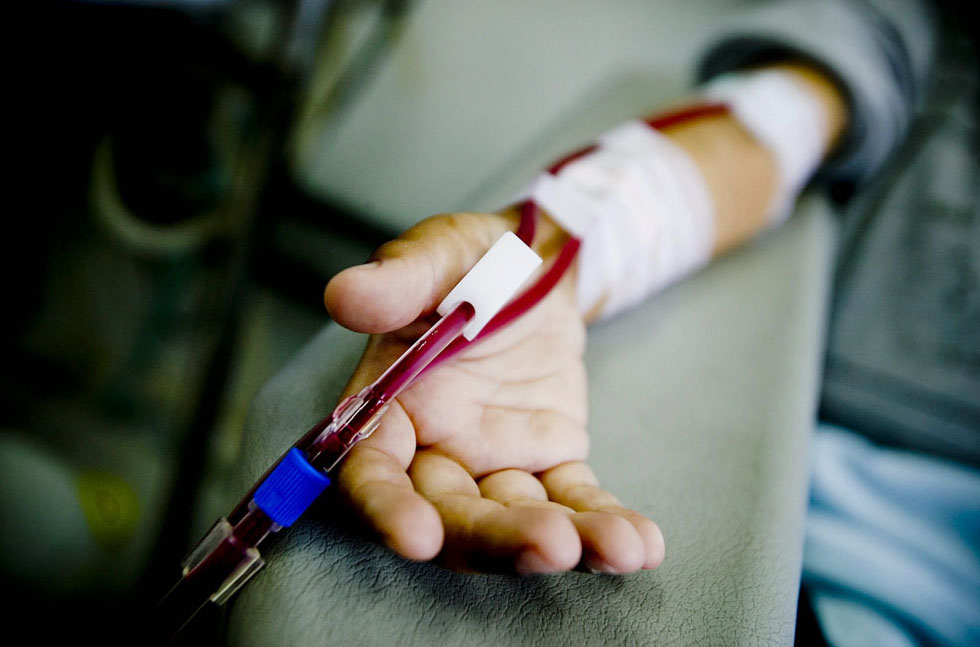 The European AIDS Treatment Group (EATG), an organization focusing on drug development, treatment literacy and treatment advocacy, told IRIN that there are signs in some countries that migrants - even those living with HIV - are being deported more actively than before. Through a joint project called REVA, the Swedish police have joined hands with the Migration Board and the Prison and Probation Service to increase the number of deportations. Random identity checks have made many migrants afraid to leave their homes - further limiting their access to care.

"There is a more active policy of sending back. This [is] clearly to avoid paying [for] HIV drugs… especially if the country of origin has access to certain drugs," Koen Block, the executive director of EATG, told IRIN.

Rising unemployment due to the economic crisis has also led to an increase in anti-immigrant attitudes. In 2012, the Racist Violence Recording Network reported 87 incidents of racist violence against refugees and migrants in Greece, for example.

In February, the Belgian Public Centre for Social Welfare in Antwerp, headed by a member of the right-wing N-VA party, decided that it would no longer automatically reimburse undocumented migrants living in the city for ARVs, unless they promised to return to their country of origin as soon as possible. Civil society groups who oppose the plan say it is against the law.

In Greece, undocumented migrants have no access at all to healthcare except for emergency care, and only until the condition has been stabilized. Although HIV is considered an emergency, it is unclear what "stabilization" means, says the MdM report.

However, critics say that the term “emergency” is too vague and is already causing confusion. "Do you merely define it as a life-threatening condition that needs attention within the hour to prevent death? What about the woman that is six months pregnant and comes to the hospital with heavy cramps - she also mentions that she has already lost a child before. What about someone with type II diabetes and high blood pressure who risks a serious cardiovascular complication within the next months?" Vanbiervliet asked.

"Merely allowing access to 'emergency care' puts us in an impossible position as health professionals. We ask for all EU member states to implement the opinions of the EU Fundamental Rights Agency, which means changing restrictive legal frameworks so that everyone can access all forms of essential preventive and curative healthcare," he added.