Read about what we achieved.
TETE

When foreign mining companies started arriving in Mozambique’s northwestern Tete Province, people had high expectations that employment and prosperity would follow. “When the mining companies came to Tete, most people were happy. We thought that they would build new schools and a university, but that didn’t happen,” said Julio Calengo, of Liga dos Direitos Humanos (Human Rights League), a local NGO.

“They have done some things - our economy is growing on a macro level - but the people are complaining; they are disappointed. They say, ‘If this is the way it is going to be, they might as well leave again’.” Residents of the provincial capital, Tete, and the town of Moatize, 20km away, worked in foreign-owned coal mines during colonial times, but the outbreak of civil war in 1977 cut off access to the port of Beira and export markets.

“For 20 years there was huge unemployment, the town was dead. Most people lived the life of the countryside - cultivating their fields, breeding animals, doing small business. Those were difficult years,” recalled Vicente Adriano, a teacher who has lived in Moatize most of his life. When Brazilian mining giant Vale appeared on the scene in 2004 with a plan to exploit the region’s coal reserves on a scale not seen before in Mozambique, there was hope that everything would change, Adriano said.

Many local people got jobs during the construction phase, but few were offered employment on the mine. “We didn’t understand that Vale is a big and modern company. People here have always worked in the mines... Now they need specialized workers, but neither the government nor Vale has trained anyone here,” said Adriano. Hiring workers from other parts of the country or abroad has created tensions, he told IRIN. “There is no violence yet, but it is latent and can appear.”

For years, estimates of future revenues from Mozambique’s vast deposits of coal and natural gas have filled the local media, fuelling the hope that these will bring prosperity to one of the poorest countries in the world. But many Mozambicans are also keenly aware that resource booms in other parts of the continent have mainly benefited corrupt politicians and the corporations extracting the natural wealth, leaving most of the population as poor as before.

After it emerged that Vale and other multinationals were enjoying enormous tax breaks, the government agreed to review the taxes they were paying. Paolo David, country manager for multinational engineering company, ABB, which has been working in Mozambique since the 1950s and is now one of Vale’s largest subcontractors is sceptical about the hype surrounding the country’s expanding economy. “Mozambique has been growing by 7 to 8 percent for the last 20 years, but if you look closer you can see that it has grown from a very small base,” he told IRIN.

Whether or not the coal and natural gas reserves will lead to more rapid development will depend on global demand and the cost of extracting the resources, he said. Anglo-Australian mining giant Rio Tinto recently revised the value of its coal mining operation in Tete from US$3.9 billion to less than $1 billion, partly because of infrastructure problems, David noted.

“They are losing a lot of money, though everybody thought it was a big success. And Vale is facing enormous costs building a new railway to [the port of] Nacala, which will be very difficult to cope with if the government starts taxing them.”

In Tete and Moatize the greatest expectation has been that jobs will be created. Mining companies have been accused of exaggerating the prospects of work as a way of convincing villagers to move from locations required for mines.

Outside the offices of Indian company Jindal in Changara, 110km from the provincial capital, Jovencio Sande is among a group of men from one of three villages facing resettlement by Jindal. “We come here quite often to wait for work,” he told IRIN. “Jindal has promised us jobs since 2008, but we are still unemployed.”

Most of the people employed on Vale’s coal mine in Mozambique’s north-western Tete Province come from other parts of the country or abroad, a source of resentment among the local population 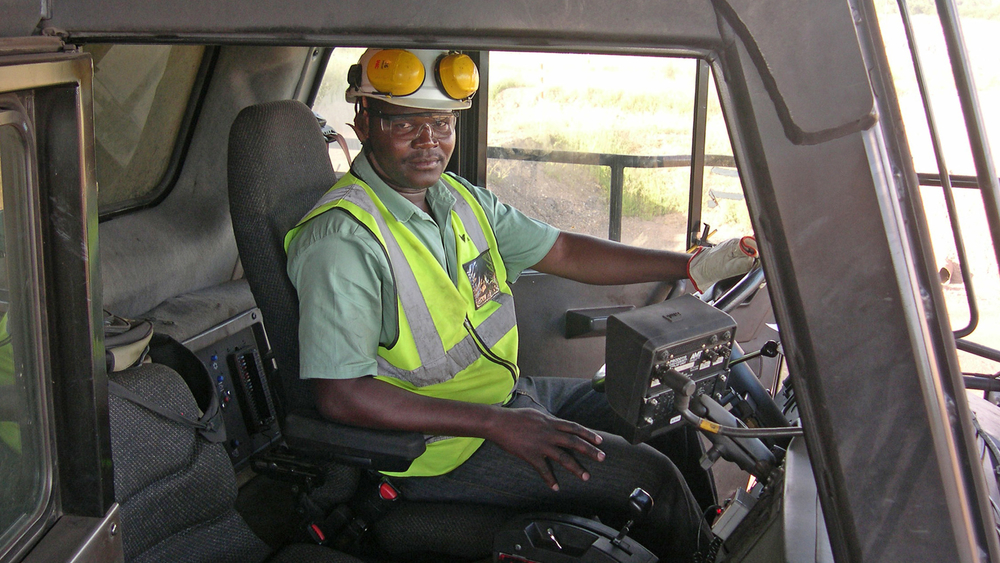 Vale’s Coal Operations Director, Altiberto Brandão, said his company struggled to find skilled local labour. There is no technical training facility in Tete, and Moatize has only a small institute for mining geology. “We were taken by surprise by the boom; we were not prepared,” admitted Américo Conceicão, the province’s acting permanent secretary. “Today we are planning to build a polytechnic school to create a local workforce. Of course, we should have done that already ten years ago.”

But the local population lays most of the blame on the mining companies for not providing more in-house training programmes. “Vale is now training 24 young people from one of the resettled communities,” said Julio Calengo. “Twenty-four people since 2004! I want to see my neighbour going to work in Vale’s mine every morning, then I will be satisfied.”

Brandão said Vale had employed nearly 400 people from Tete, and that some of them have benefited from training. The company has also started recruiting 300 young Tete citizens for training, of which 100 will work on their new mine due to open next year. He maintained that, in general, 10 jobs are created for each person hired to work in the mine as a result of the goods and services they consume.

Yet many people IRIN talked to doubted that jobs were being created in Tete. The mining companies’ canteens, for example, serve mostly food brought in from elsewhere, citing the lack of quantity and quality of food available in Tete as the reason. The dramatic rise in prices caused by the influx of people coming to work on the mines is compounding the lack of employment in Tete and Moatize.

“Before Vale came, a kilo of tomatoes cost 10 meticais, now it costs 40 or 50, and it is the same with beans, maize and flour,” said Vicente Adriano. “Teachers have the same low salary, but food and the rent of a house, or buying a plot [of land] has become many times more expensive.”

He believes the government should pressure the extractive industry to do more for communities: “The government doesn’t demand anything from the mining companies.”