“As we trekked, they kept on telling us that they don’t want us to go to school again,” says 15-year-old Martha Lum, four weeks after being released by the armed gunmen who kidnapped her along with 78 other children and staff members in Cameroon.

Lum’s story is becoming common across the country’s Northwest and Southwest regions, where the conflict between anglophone separatists and francophone armed forces that’s claimed hundreds of lives has made schools a battlefield.

Since the anglophone conflict escalated in late 2017, more than 430,000 people have been forced to flee their homes. In May, the UN’s emergency aid coordination body, OCHA, said approximately 42,500 children were out of school. However, local rights groups estimate that number has now increased fourfold following frequent abductions. 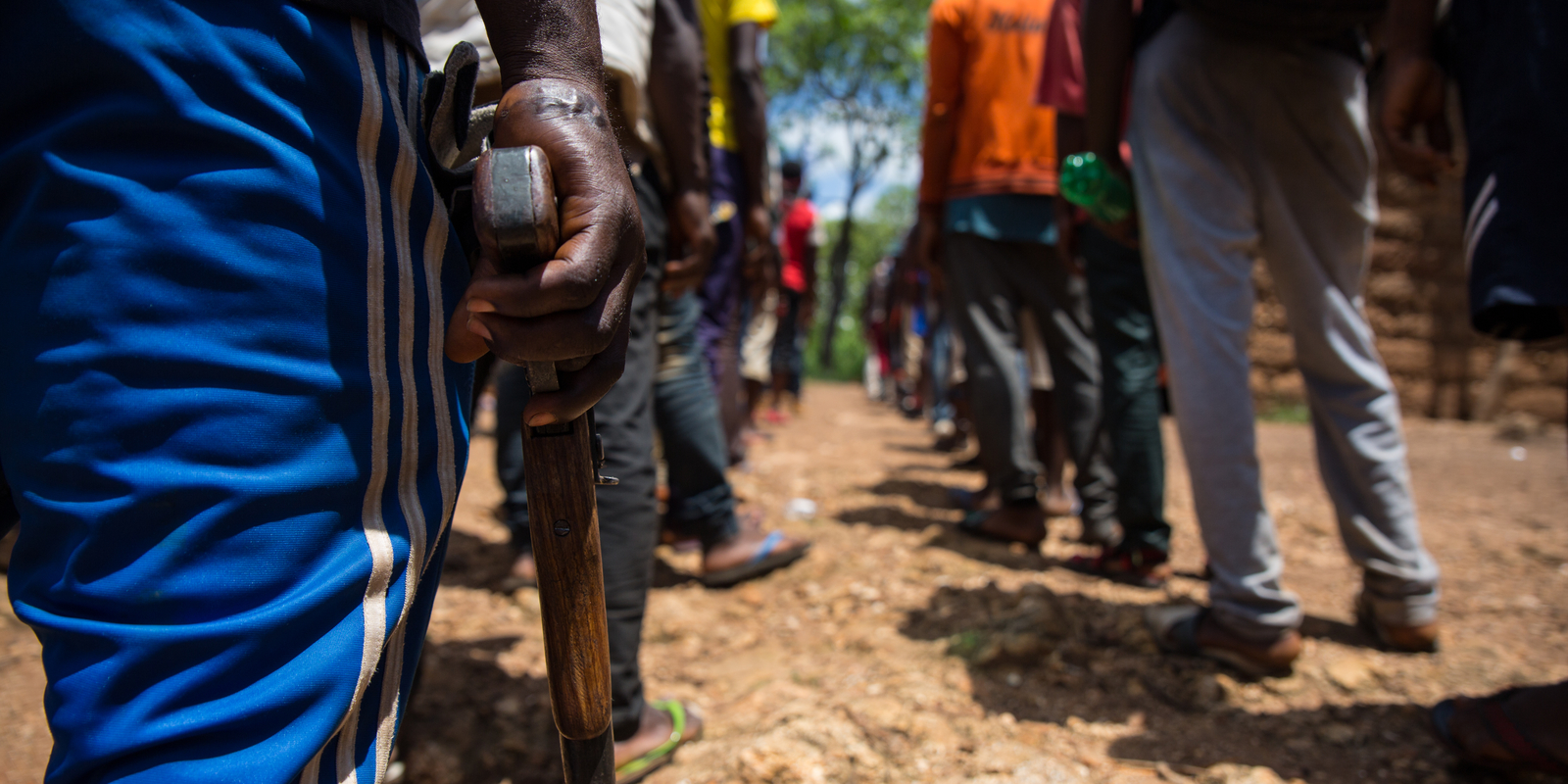 Some 20,000 school-age children now live in the bush. With no learning materials or trained teachers, they have no access to a formal education. Parents and local officials worry that the children could be driven to take up arms, becoming a lost generation that perpetuates the conflict and the humanitarian crisis.

“Imagine that these children miss school for five or 10 years because of the fighting, hearing the sound of guns every day, and seeing people being killed; what will become of them?” says 45-year-old mother of four *Elizabeth Tamufor.

“We have been hiding in the bush for more than a year,” she tells IRIN. “I am sure the children have forgotten what they were taught in school. You think in five years they will still be hiding here? They will probably pick up guns and start fighting.”

The fear of schoolchildren and young students joining the armed separatists is already a reality for some. *Michael, 20, used to be a student before the conflict started. He joined the separatists when his friend was killed by government forces.

“I replaced books with the gun since then. But I will return to school immediately we achieve our independence,” he says.

Right from the start

The roots of Cameroon’s anglophone conflict can be traced back to education. The separatists fighting for independence from French-majority Cameroon say the current school system symbolises the marginalisation of the English language and culture.

After years of discontent, in November 2016, anglophone teachers began an indefinite strike to protest what they said amounted to systematic discrimination against English-speaking teachers and students. In response, government security forces clamped down on protests, arresting hundreds of demonstrators, including children, killing at least four people and wounding many more.

This caused widespread anger across the Southwest and Northwest regions, which a year later led to the rise of the armed separatist groups now fighting for independence and a new English-speaking nation called “Ambazonia”.

The anglophone minority of francophone-majority Cameroon – one sixth of the population – has felt marginalised since two former colonies of France and Britain reunited in 1961 to form one country.

French and English are both official languages, and the country’s 1998 Orientation of Education law says its two “sub-systems” of education are “independent and autonomous”.

But according to Sylvester Ngan from the Teachers Association of Cameroon (TAC), which defends the rights of English-speaking teachers, the francophone-majority government has been trying to wipe out the English system.

“When the two countries decided to reunite in a federation, they agreed to maintain their different systems of education, but [a] few years after reunification every element of the anglophone educational system was slowly absorbed into the francophone Cameroon culture,” says Ngan.

Originally, children in anglophone Cameroon were taught in English by English-language teachers. But after the country reunited, the central government began posting French teachers to the anglophone regions to teach children in English.

They were also expected to teach the children using the anglophone sub-system of education, which has a different syllabus and different methods of evaluation and certification from the francophone sub-system.

TAC also complains that competitive exams for the most prestigious public universities and colleges are set in French only; and qualified English speakers are often excluded in admissions into state schools, even in the anglophone regions.

Explaining the practical challenges for schools in the anglophone regions, Dr. Valentine Banfegha Ngalim, a senior lecturer at the University of Bamenda, said: “For example, in the English sub-system, history and geography are two distinct subjects to be studied. On the contrary, in the francophone sub-system, the two subjects are combined and popularly described as ‘Histoire-geo.”

As a measure to erase these differences, the Cameroonian government launched plans to harmonise them. But this met with stiff resistance, mostly from anglophones who argued that it was just another way to systematically suppress their culture.

“This completely undermined the original intentions of the founders of the nation to build a bicultural nation, respecting the specificity of francophone and anglophone Cameroonians,” says Ngan.

Although the majority of teacher trade unions called off their strike in February 2017, separatists continue to impose curfews and abduct people as a means to push the local population to refrain from sending children back to school.

As a result, tens of thousands of children haven’t attended school since 2016. Local media is awash with stories of kidnappings of children and teachers who do not comply with the boycott, while rights groups say the disruption of education puts children at risk of exploitation, child labour, recruitment by armed groups, and early marriage.

“Schools have become targets,” a July 2018 Human Rights Watch report notes. “Either because of these threats, or as a show of solidarity by parents and teachers with the separatist cause, or both, school enrollment levels have dropped precipitously during the crisis.”

In June, Amnesty International said at least 42 schools had been attacked since February last year. While latest statistics are not available, it is believed that at least 100 separate incidents of school kidnapping have taken place since the separatist movement turned violent in 2017. More than 100 schools have also been torched and at least a dozen teachers killed or wounded, according to Issa Tchiroma, Cameroon’s minister of communication.

“They (teachers) started a strike action to resist the ‘francophonisation’ of the anglophone system of education, and the evil francophone regime arrested and detained their colleagues, shot dead schoolchildren, and you expect us to sit down and watch them killing our people?”

“We don’t want the schoolchildren of Ambazonia to be part of the corrupt francophone system of education,” he said. “We have designed a new school programme for them which will start as soon as we achieve our independence.“

*Laba, who controls another group of armed separatists, is more categorical. “When we say no school, we mean no school,” he says emphatically. “We have never and will never kill a student or teacher. We just want them to stay home until we get our independence and begin implementing our own system of education.”

There are about 20 armed separatist groups across the two English-speaking regions. They operate independently, and separatists have publicly disagreed on the various methods of imposing the school boycott.

Both Justin and Laba accuse the government of staging “some” of the school abductions in order “to discredit the image of the separatists internationally”. But they also admit that some armed separatist groups are guilty of kidnapping and killing children and teachers.

“We don’t kidnap schoolchildren,” Justin says. “We just impose curfews to force them to stay home.”

But for many parents and schoolchildren, staying at home for this long is already having devastating consequences. 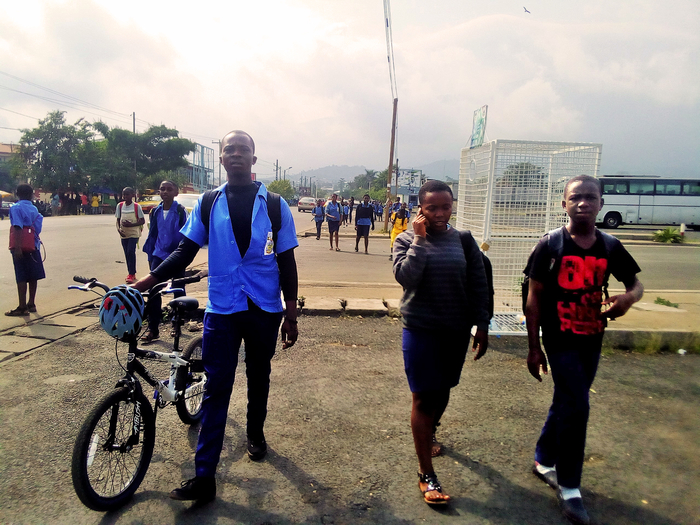 Arison Tamfu/IRIN
Schoolchildren returning from school in Buea, one of the few places in the English-speaking regions where some schools still function.

Parents who can afford it have enrolled their children in schools in the French-speaking part of the country – mostly Douala and Yaoundé. But the influx has caused fees to rise in the francophone zones. Tuition fees that normally cost $150 annually have now more than doubled to $350.

Beyond the costs, parents also need to transport their children from the troubled regions, along a very insecure highway, to apply for enrollment.

When they get there, success is far from guaranteed. A lot of the francophone schools are now at full capacity and have stopped accepting students from anglophone regions, meaning many children will likely have to stay home for yet another year.

Those studying in a new environment can also take quite a while to adapt.

George Muluh, 16, had been at a school in the Southwest region before the conflict but is now attending Government Bilingual High School Deido in Douala.

“Everything is just different,” he says. “I don’t understand French. The classrooms are overcrowded. The teaching method is different. I am getting more and more confused every day. I just want the conflict to end so I can go back to the Southwest to continue my studies.”

It might be a long while before George has that opportunity. To the Cameroonian government, the teachers’ grievances have already been solved.

“The government has employed 1,000 bilingual teachers, allocated two billion CFA ($4 million) to support private education, transferred teachers who could not speak French and redeployed them to French zones. These were the demands of the teachers. What do they want again?” asks Tchiroma, the minister of communication.

But Sylvester Ngan, from the Teachers Association of Cameroon (TAC), which defends the rights of English-speaking teachers in the country, says most of these measures are cosmetic and don’t solve key issues related to French-only exams and francophone teachers in English schools.

While the government and teachers’ unions argue about who is right and what education system to implement, the war is ongoing, people are dying, and tens of thousands of children are not in school.

“No reason can be advanced to justify the unwarranted attacks on children in general and pupils who are seeking to acquire knowledge and skills,” says Jacques Boyer, UNICEF representative in Cameroon. “All children in the regions must be able to go to school in peace.” 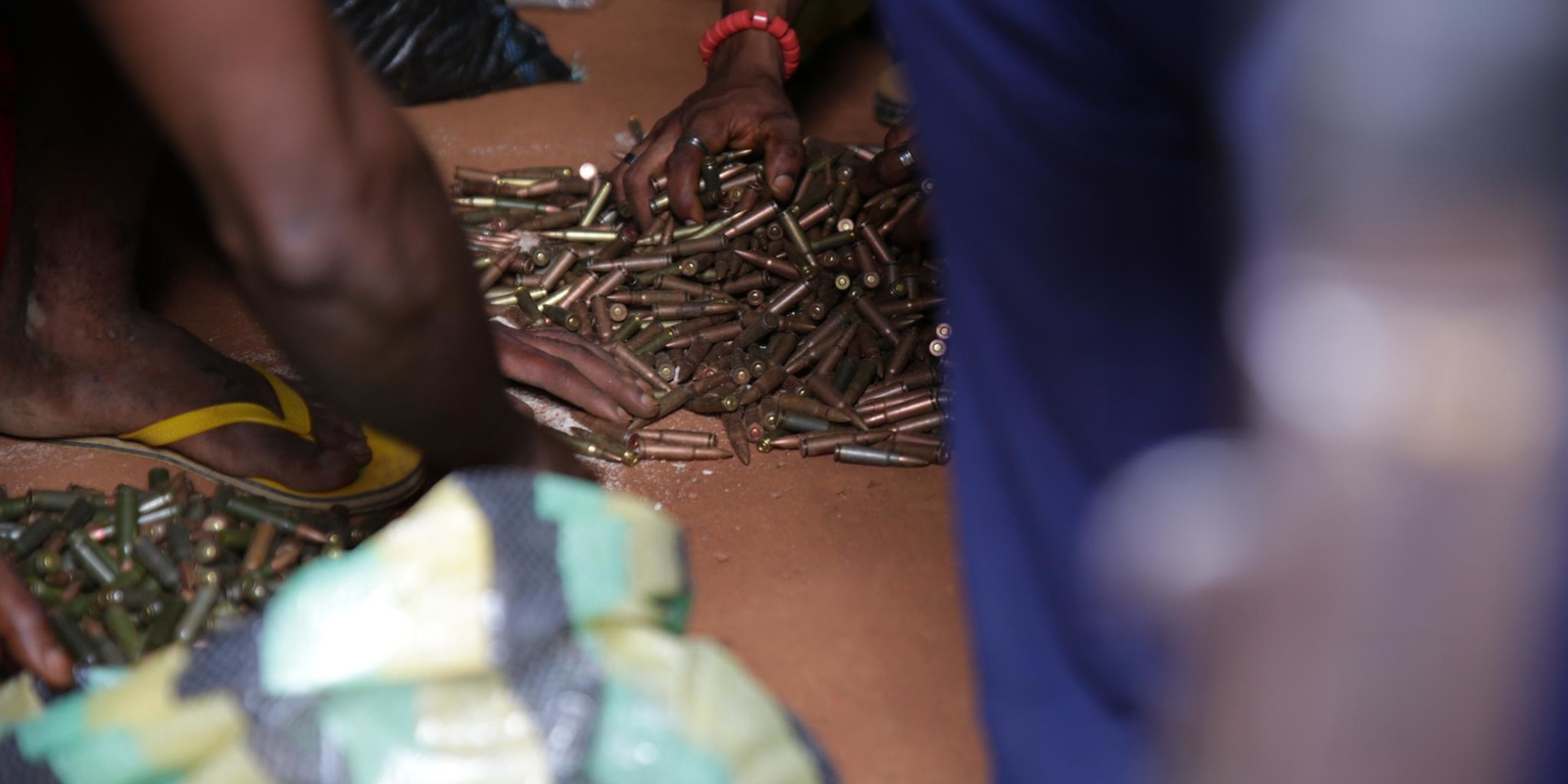 President Paul Biya, 85, who just won another seven-year term after 36 years in power, has ignored calls for an inclusive dialogue to end the conflict. The first related measure he undertook after the October election was the creation of a commission to disarm and reintegrate former armed separatists.

Cameroonian political analyst Michael Mbah describes the move as “a joke”, saying that a ceasefire and dialogue must precede any serious attempt at disarmament and reintegration.

Meanwhile, the next year looks bleak for children like Lum whose futures are being decided by a war beyond their control. “I have always wanted to become a medical doctor,” Lum tells IRIN, but she now fears her dream will be shattered by the persistent conflict.

"Leave the children alone,” says *Raymond, a father of four whose offspring haven’t been able to study for close to two years now.

“We, parents, cannot afford to raise a generation of illiterates,” he says. “The future of the children is being sacrificed, just like that."

*Names changed at the request of the interviewees for security reasons.