Investigative journalism doesn’t come cheap or fast, but sometimes you get a blockbuster that packs a punch – especially in the multibillion-dollar aid sector where change can be slow and where hard-nosed reporting can expose wrongdoings.

That was the case for one of our most impactful investigations of 2021, the second in a series that began last year with the Thomson Reuters Foundation and uncovered widespread aid worker sex abuse allegations during the Ebola outbreak in the Democratic Republic of Congo.

Our reporting triggered the creation of an independent commission that found the World Health Organization knew of the abuse allegations as early as mid-2019, and that dozens – potentially as many as 80 – workers had allegedly lured women and girls into sex-for-work schemes during the Ebola response. Nine of the allegations involved rape, including that of a 13-year-old girl.

As a result of the commission’s investigation, several WHO staff were dismissed, two were placed on administrative leave, an internal audit was ordered, and a raft of reforms were promised. The EU also suspended funding to WHO programmes in Congo.

“This is a dark day for WHO,” Tedros Adhanom Ghebreyesus, the WHO’s director-general, said in September after the release of the independent commission report. The WHO then allocated $7.6 million to prevent, detect, and respond to sexual abuse allegations in 10 countries with high-risk profiles, including Congo.

A related investigation in 2021 detailed how women in Burkina Faso were sexually exploited by men who promised them humanitarian assistance in exchange for sex. Large international aid agencies and NGOs said they had received no formal reports of abuse, but several aid and government officials told us they were aware of exploitation occurring while newly displaced people were being registered for aid – often by local community leaders.

Our reporting sparked interest with local journalists who began – and still are – digging into the allegations. It also started conversations in the aid sector on what more can be done: An inter-agency system to prevent and address sexual exploitation and abuse was not fully in place nearly three years after the Burkina Faso displacement crisis escalated and aid efforts intensified.

And how could we forget about one of the dominant themes of 2021? Climate change.

In the run-up to the COP26 summit in Glasgow, we wanted to know what the aid sector was doing – or not – to green its operations, so we surveyed some of the world’s largest UN agencies and NGOs to ask what measures had been put in place, and what lessons had been learned from the COVID-19 pandemic and associated travel restrictions.

The results were surprising: Many UN agencies do not measure their total carbon footprint, there is no sector-wide agreement on what should be measured – direct, indirect emissions, or both – and many organisations rely on carbon offset programmes to shrink their footprint rather than making bold commitments to drastically reduce emissions.

But the news wasn’t all bad. In a separate solutions-driven data investigation, we discovered that some countries with a high-risk of natural hazards were leading the way when it comes to the reduction of cyclone-related deaths.

Bangladesh stood out, employing a raft of measures that include multi-layered early warning systems, a vast network of storm shelters, and a volunteer force that is 50 percent women.

The pandemic continued to hamper investigative reporting in 2021, but it also set us on a trail to discover allegations of corruption in South Sudan, one of many countries accused of pandemic profiteering schemes.

Our investigation found that some officials had been charging for COVID-19 tests when they were supposed to be free, fake negative test certificates were being issued, and imports of hand sanitiser had been suspended to make way for locally run businesses.

And finally, in a two-part investigative series out of Mali, our reporting revealed that European countries have been supporting national armed forces without a systematic vetting mechanism to check whether units may have committed rights violations. That’s despite the army being accused of killing more civilians in 2020 than the jihadist insurgents it was supposed to be fighting.

We believe in the power of investigative journalism – especially when it comes to holding the aid sector to account and making sure those impacted by humanitarian crises get their voices heard. Watch this space for an exciting line-up of investigations in 2022. 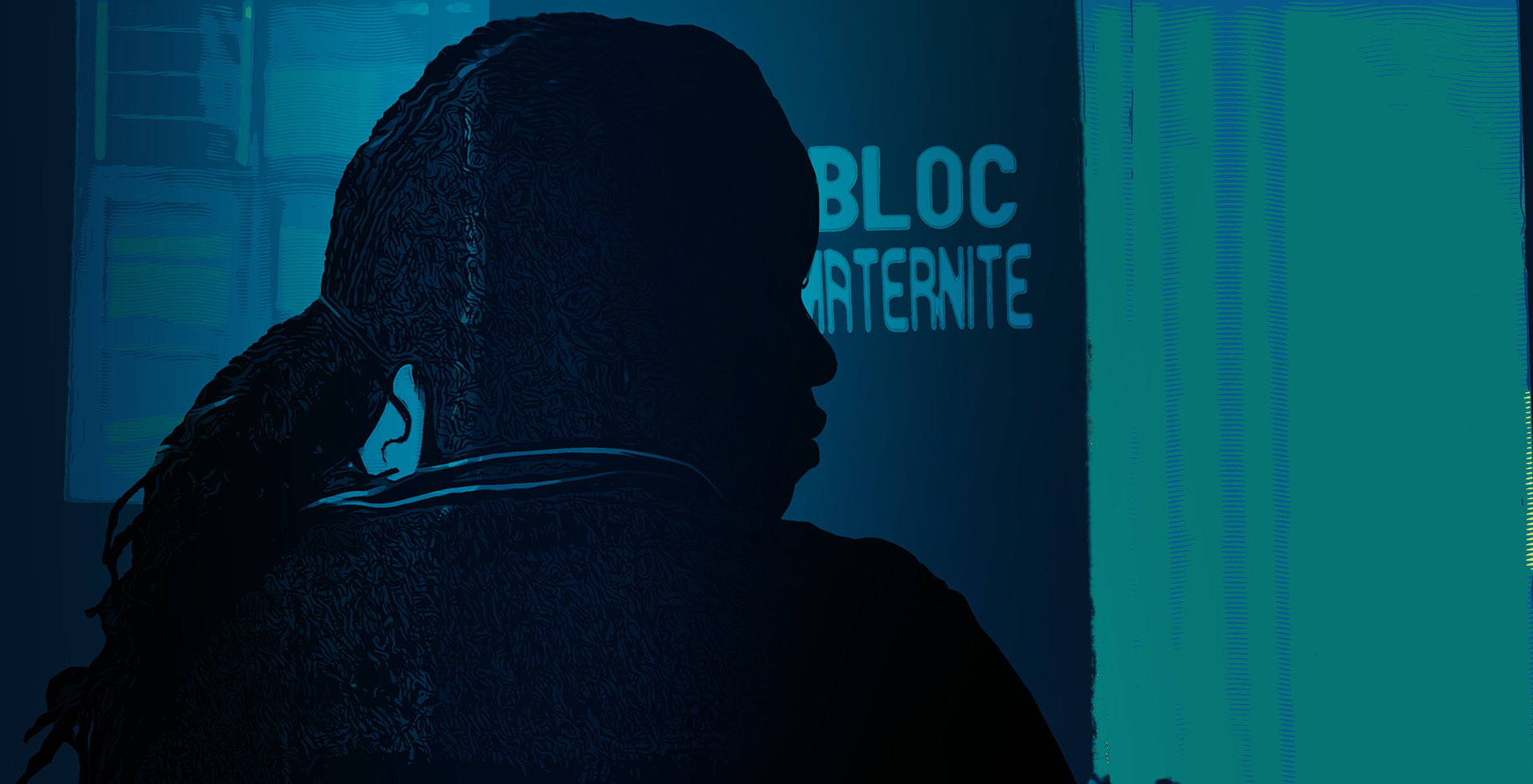 Claims of sexual abuse by aid workers during the Ebola outbreak are more widespread than previously reported, a new investigation finds. 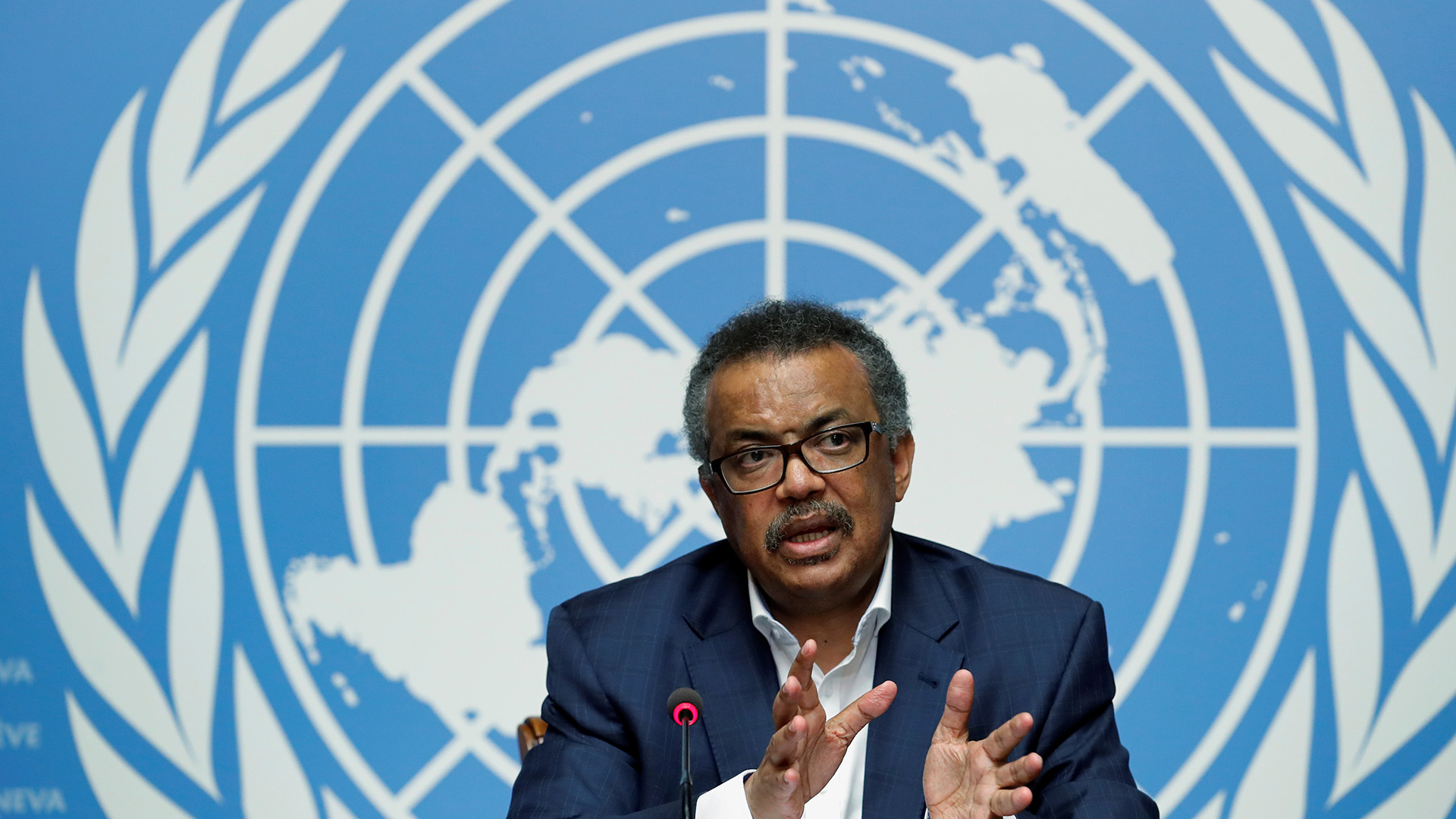 The WHO knew of the allegations during the Ebola response in May 2019. So why did it take more than a year to launch an independent investigation? 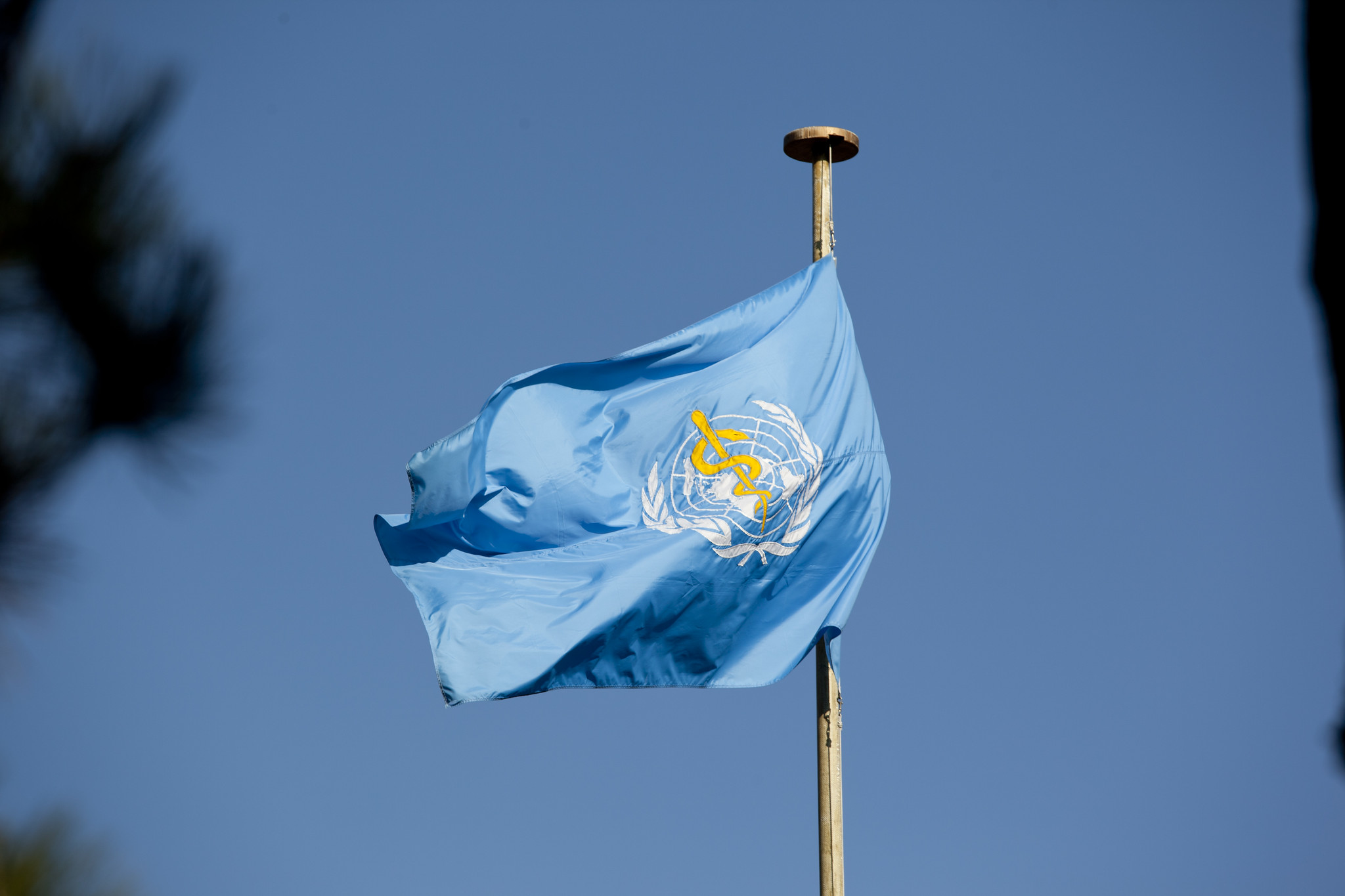 New measures include more support for victims and their families, and specialist SEA training for staff, but do the reforms go far enough? 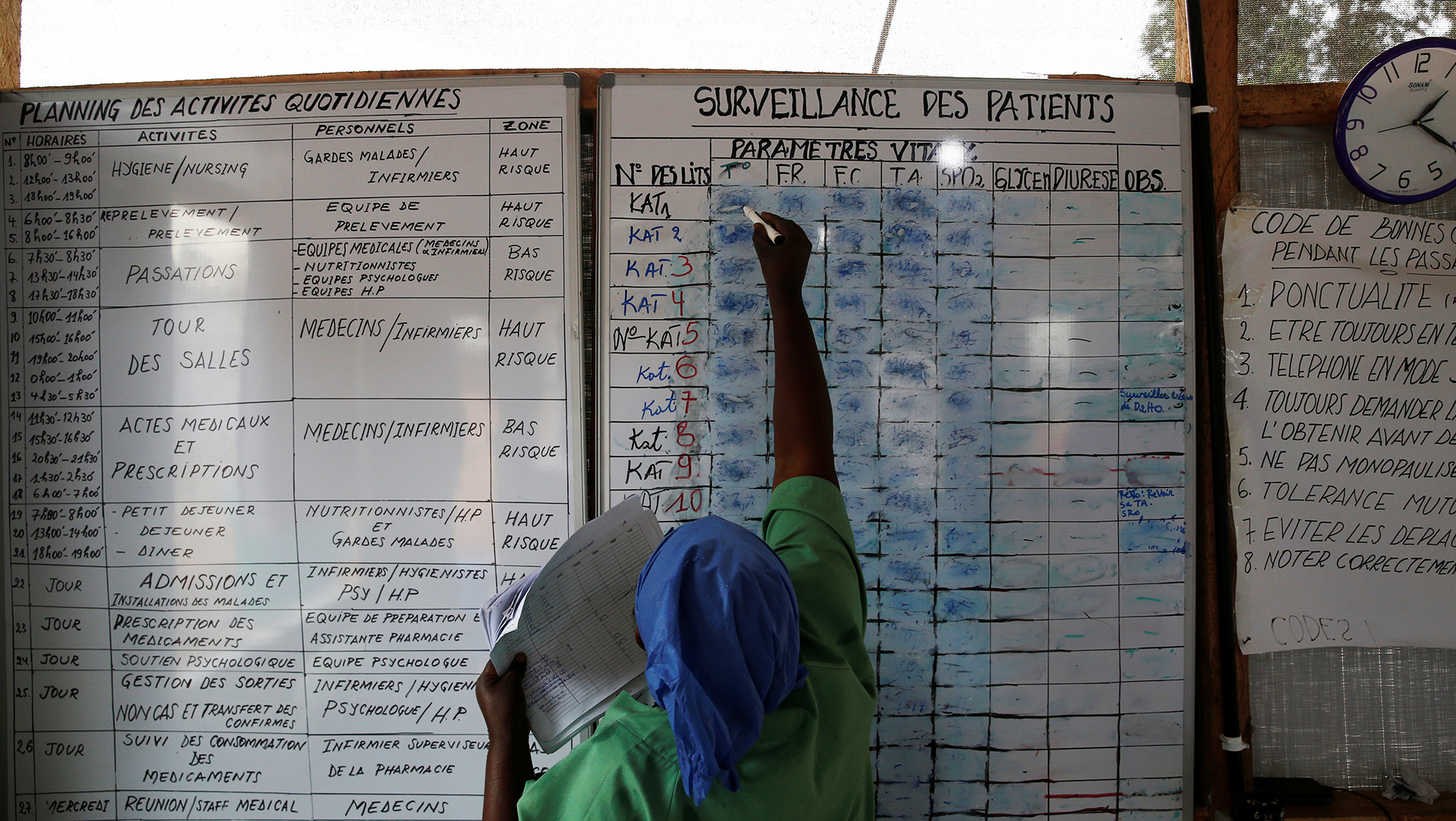 How we helped investigators in the WHO sex abuse probe

Help us, help you. If investigators want journalists to share details of sex abuse victims, they should be willing to answer our questions. 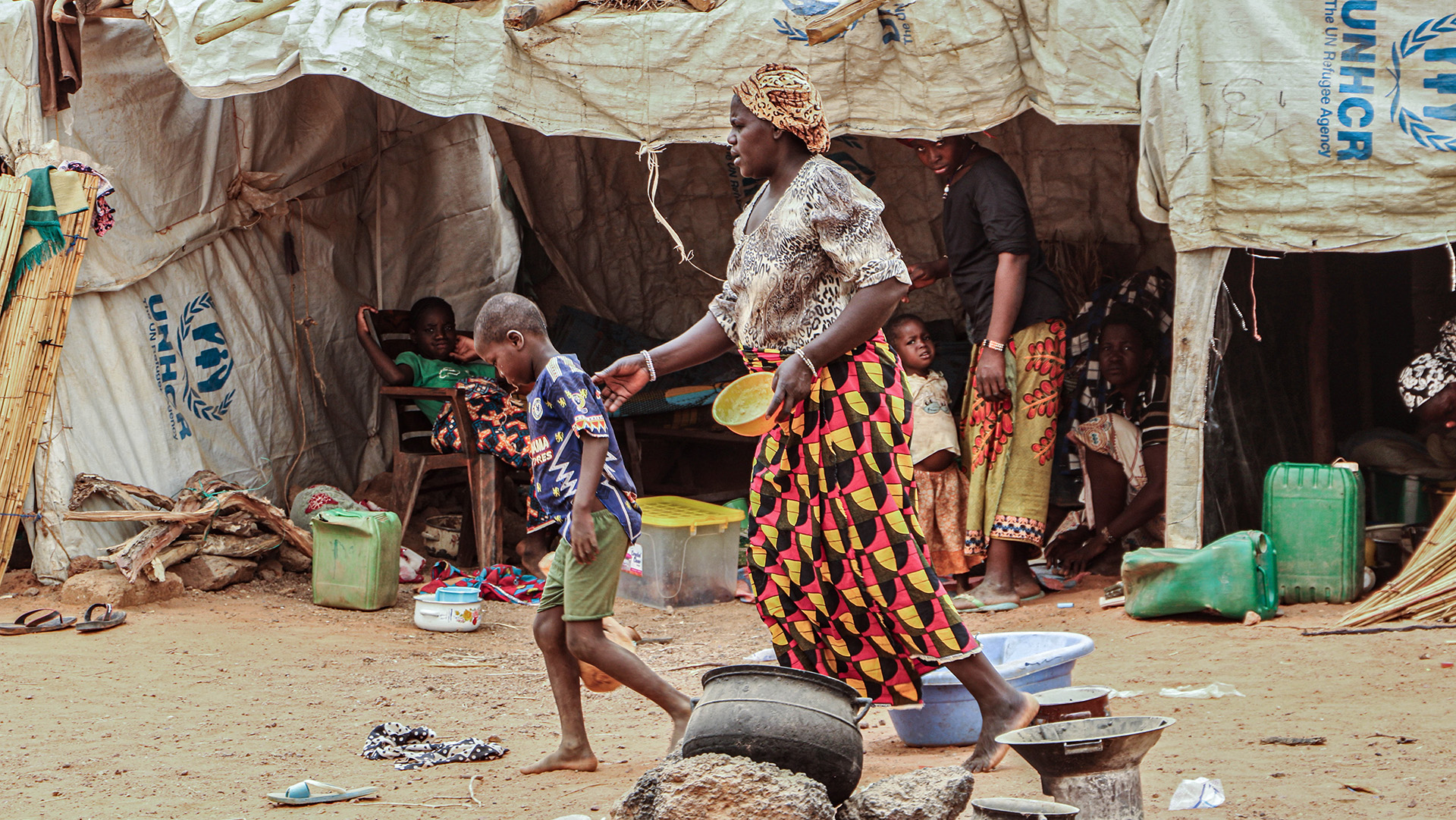 Sex for food aid claimed by women in Burkina Faso

Eight accounts in one town may be the tip of the iceberg, and show what little priority has been given to preventing sexual abuse in the response. 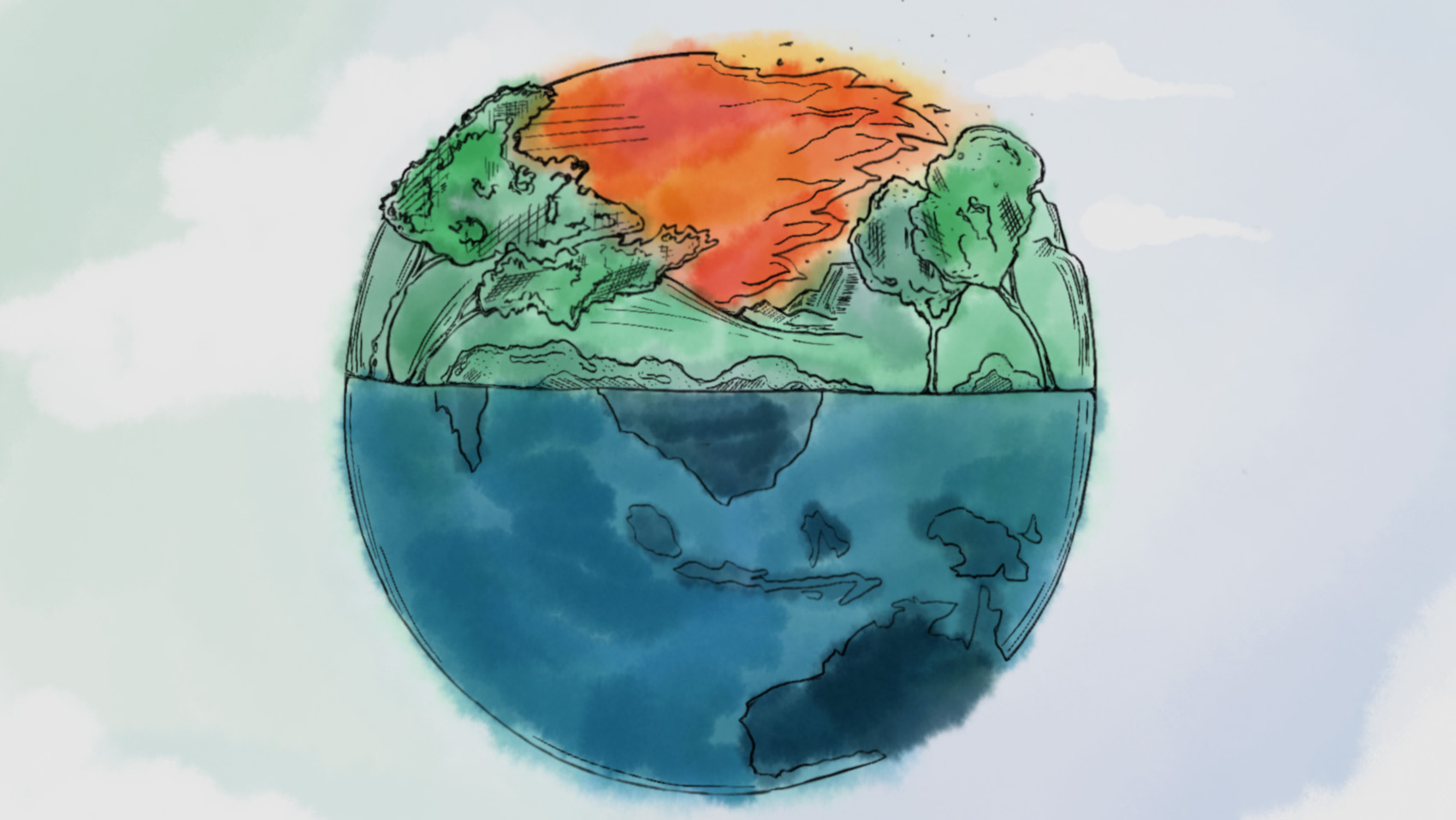 When it comes to the climate crisis, the key humanitarian principle of “do no harm” is not as simple as it sounds. 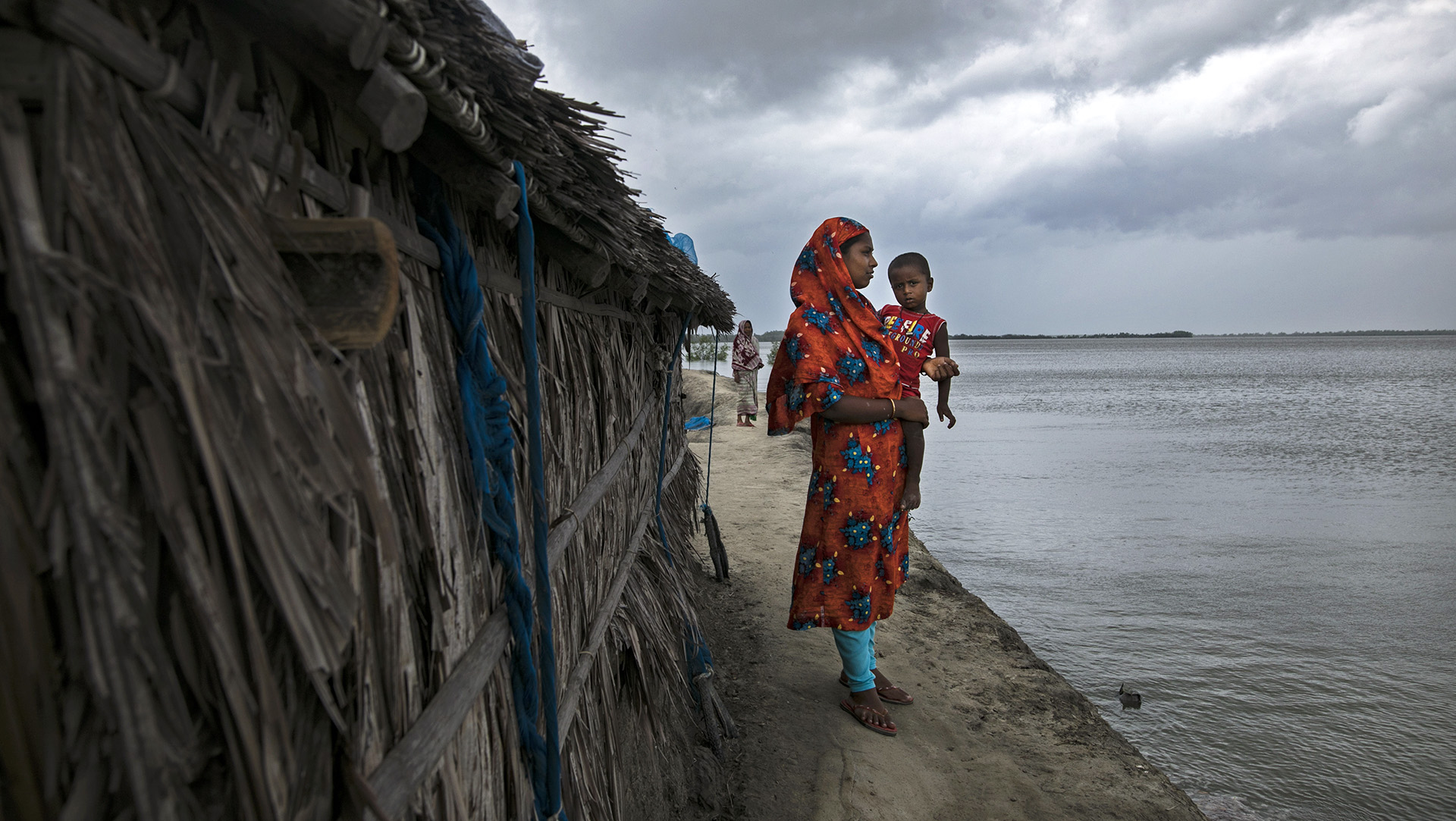 How Bangladesh is beating the odds on climate disaster deaths

Some countries hardest hit by climate-related disasters are punching above their financial weight when it comes to responding and reducing deaths. 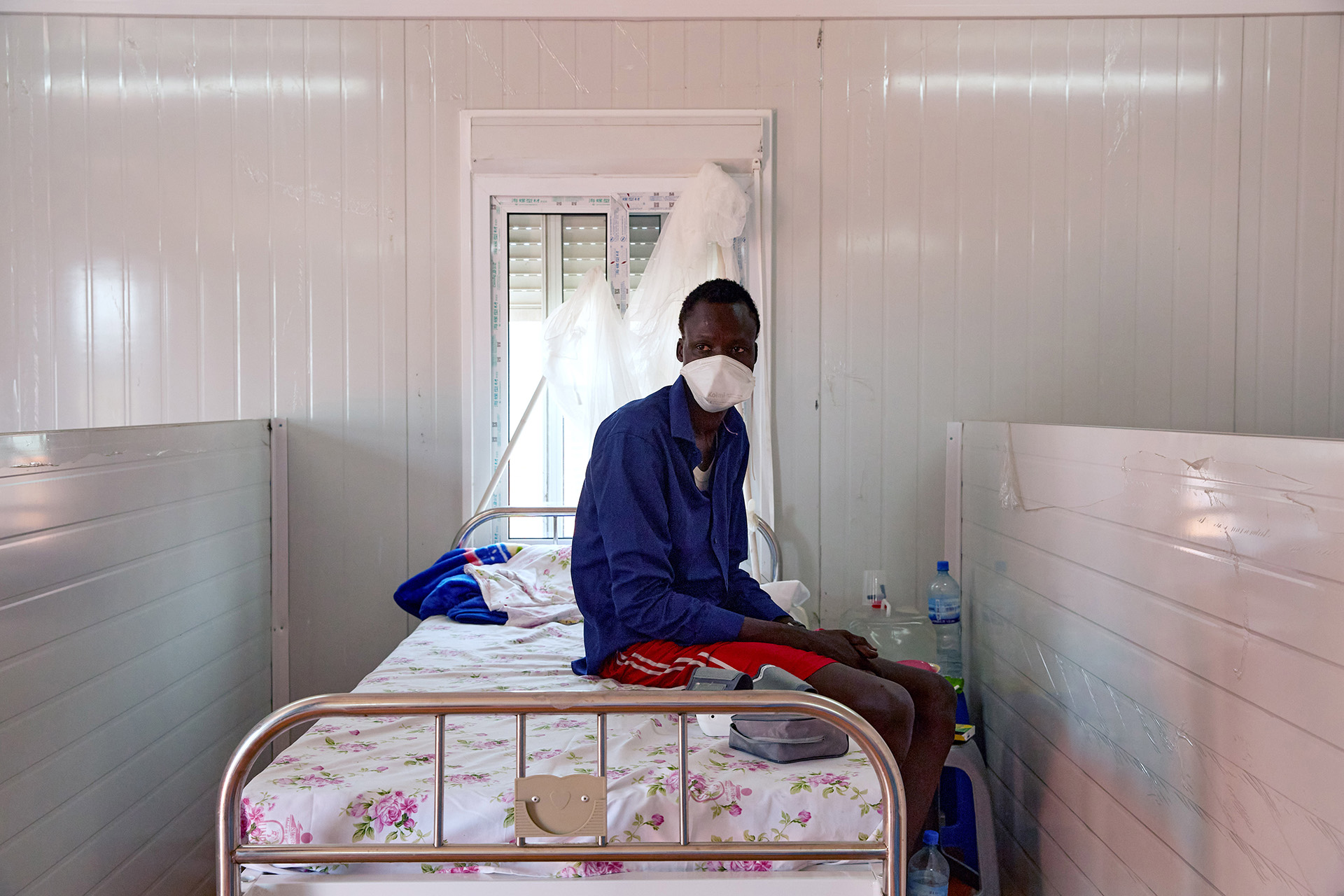 South Sudan isn’t alone when it comes to corruption allegations. But some are asking if there isn’t a better way to do aid in the world’s youngest country? 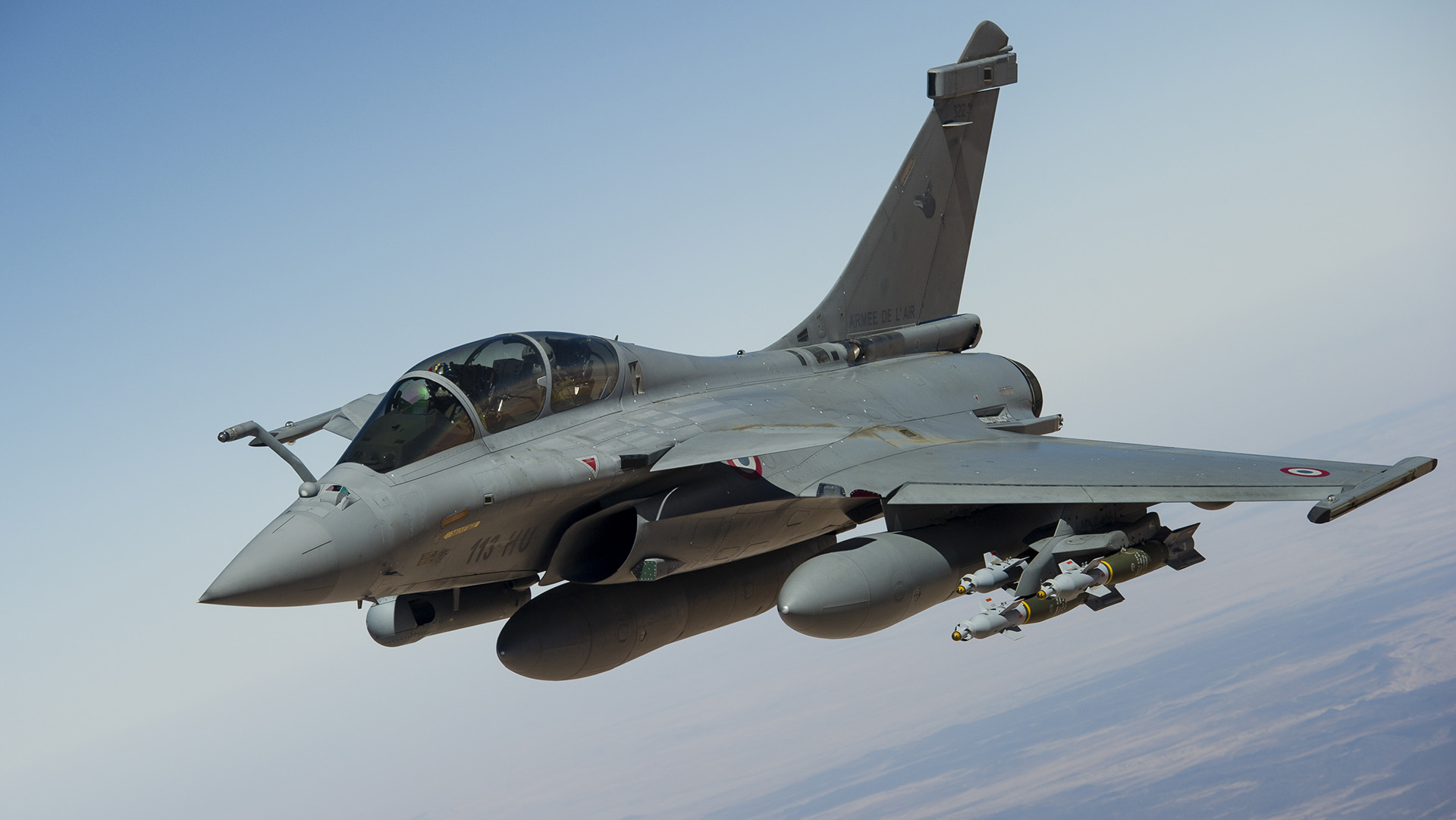 On-the-ground interviews with survivors refute the official French tally of civilians killed and raise questions over violations of international law. 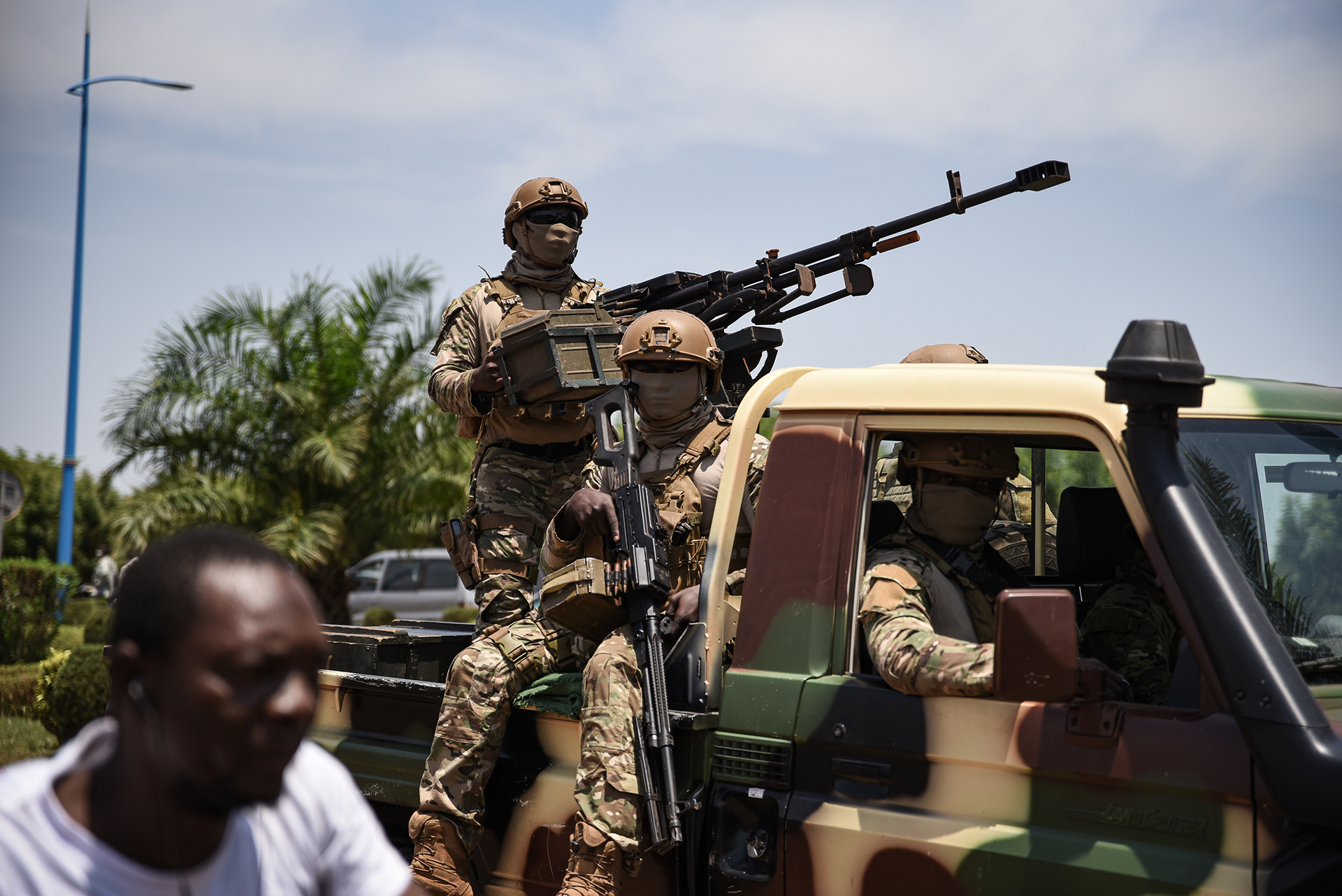 No strings attached? How Europe’s military support for Mali closes its eyes to abuses

The EU is supporting a Malian army that monitors say has killed more civilians than the jihadists it’s supposed to be fighting.