International scientists have for years warned that climate change is likely to lead to an increase in epidemics caused by pathogens and viruses. While there’s no evidence to link the COVID-19 pandemic to global warming, major ongoing outbreaks of dengue fever in Latin America are currently adding credence to the theory.

Dengue has been burning through the region at an alarming and unprecedented rate that is only expected to worsen. In 2019, infections reached new records in Latin America, with over three million confirmed cases, six times the previous year. More than 1,300 people died from the disease. Most health experts regard the actual number as far higher, as many of the worst-affected rural communities lack medical services, and even in urban centres mild cases are unlikely to be reported by patients.

Adding to the concern is the fact that South America is experiencing dengue in temperate mountainous regions of the Andes that have no previous history of the once-tropical disease. Scientists say global warming is one of the main drivers.

The disease – which commonly involves high fever, joint pain, headaches, and vomiting, and in worse cases may lead to organ failure – was first identified in Thailand and the Philippines in the 1950s. By 1970, nine countries had experienced outbreaks, and the disease is now present in over 100 nations and on virtually every continent, according to the World Health Organisation.

Dengue fever is a vector-borne disease (VBD) like malaria or yellow fever. The virus is not transmitted directly from human to human but rather through the saliva glands of female mosquitoes, which are now propagating in regions where they were previously absent.

According to research by the Intergovernmental Panel on Climate Change (IPCC), reproduction and dormancy cycles of mosquitoes are dependent upon very small temperature changes and humidity conditions. Near the equator in Iquitos, Peru, for example, the research found that it only took an average temperature rise of between one and two degrees Celsius to allow the right conditions for mosquito-borne dengue transmission to start. Since 1980, the average yearly temperature across Latin America has risen between one and 1.5 degrees Celsius.

Climate change can create problems in delicate ecosystems that environmental scientists describe as “cascading effects” – a sequence of weather events such as droughts that lead to water shortages, then to increased rainfall and flooding, then to complete ecosystem or agricultural collapse.

In the case of VBDs such as dengue, climate change affects habitats in which mosquitoes may reproduce, generating cases in temperate or high-altitude regions that previously had no history of the disease despite their proximity to so-called “hot zones” – areas in which manageable small outbreaks occur seasonally.

Dengue in the Altiplano

Scientists believe small changes in average annual temperatures led to the advance of dengue into large swathes of the Andean mountains, with some models also predicting yearly outbreaks in temperate regions of southern Europe in the future.

Three years ago, there were only 107 reported cases in Bolivia, not enough to qualify as a severe outbreak. Now, there is a rampant epidemic. The health ministry announced almost 7,000 new cases in March alone, bringing the total confirmed number of cases to 9,353, with 58,000 additional unconfirmed “suspected cases”.

“Three years ago, mosquitoes were unheard of here,” Nordgren told The New Humanitarian. “The city sits at an altitude of over 3,000 metres, and I never suffered a single bite. But that has changed. Dengue has arrived in the Andes, and climate change is one of the principal factors.”

In March, the city’s local government declared a national emergency as part of an effort to contain the Bolivian dengue epidemic.

“Dengue has arrived in the Andes, and climate change is one of the principal factors.”

Nordgren said the epidemic has been exacerbated by changing weather conditions. “Bolivia is also experiencing an unusually heavy rainy season,” he said. “This has created the perfect storm for an outbreak.”

The environmentalist explained that the change in precipitation patterns has influenced the insects’ breeding, and sometimes forced them to new areas, whereupon they become vectors for the disease to propagate.

As a result of this trend, dengue has moved south, from the Caribbean into areas of the continent it could not previously reach. Colombia, Ecuador, Bolivia, and Andean regions of Venezuela have all seen a dramatic increase in the number of cases in recent years. 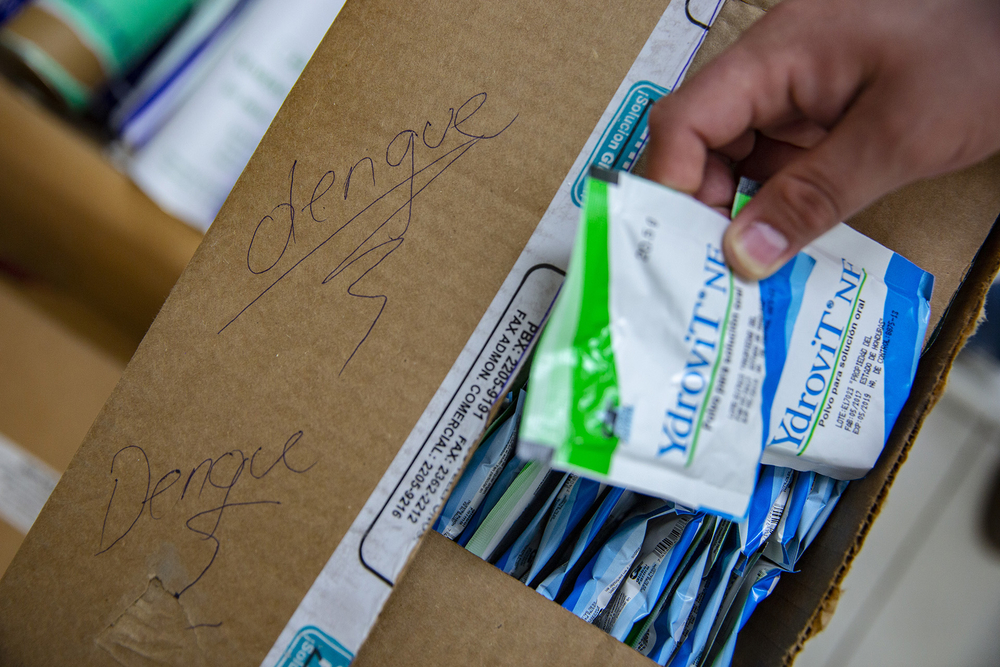 “We are in agreement that climate change is one of the leading factors in the rise of dengue cases,” Joaquín Monasterio Pinkert, an epidemiologist at Bolivia’s health ministry, told TNH via email.

But he also stressed other causes: the growth in population in urban centres, the storage of water in improvised cisterns in poor communities, an unusually heavy rainy season, and the halting of seasonal fumigation under the previous government of president Evo Morales.

Pinkert said that due to a series of emergency measures introduced by the interim government in February – community education, door-to-door home inspections, the destruction of mosquito larvae at garbage collection sites, and the resumption of fumigation – Bolivia is finally beginning to see a drop in new cases.

The respite is extremely welcome as Bolivia braces itself for COVID-19.

“Thankfully, the worst seems to have passed, which is fortunate,” the epidemiologist said. “As we prepare to confront coronavirus and enter absolute quarantine, many feared our health system would already be in total collapse from dengue.”

Coping amidst a broken health system

In Central America, where the International Federation of the Red Cross (IFRC) reported a quarter of a million cases in 2019, Honduras was one of the hardest hit countries.

Doctors battled against a dengue flare-up that infected over 107,000 people and led to 175 reported deaths, an increase of over 40 percent from 2018, according to the Pan-American Health Organisation. The regional rise of dengue in Central America is also believed to be fuelled in large part by climate change, but in Honduras – much like the rest of Latin America – the problem is made worse by other factors.

Jihan Simón Hasbun, a doctor in the Honduran city of San Pedro Sula who was part of the effort to address the dengue epidemic, described a public health system in a state of near collapse after years of government neglect and corruption.

“[President Juan Orlando Hernández] doesn’t invest in the national health system. He wants to privatise it,” she said. “All of the doctors in Honduras were protesting this plan when the outbreak began. And what little investment the government does make is often stolen by local officials.”

Hasbun said doctors were woefully ill-equipped to battle an epidemic. “In my town, the local government stopped fumigating for mosquitoes. They still sent the fumigation trucks out empty to make it look like they were addressing the problem, but they weren’t spraying anything. It was all just a show!”

“And now we are confronting coronavirus,” she added. “No one is prepared for this.”

The WHO and the IPCC have been warning for years that climate change is altering the global distribution of species – such as mosquitoes – that serve as vectors for infectious diseases.

“No one is prepared for this.”

A global surface temperature rise of as little as two degrees Celsius could have catastrophic effects, they warn. Extreme weather events such as droughts and flooding could cause not only more epidemics, but also agricultural collapse leading to mass displacement from affected areas.

One small positive for Honduras was noted in the IPCC study. Global warming may be making the southern part of the country too hot for anopheline mosquitoes – the main vectors of malaria – and cases have dropped off in recent years.

Unfortunately, the mosquito that transmits dengue, Aedes aegypti, seems to be thriving.