This article is part of our in-depth coverage. Read more like this...
FREETOWN

David Conteh’s shrine is hard to find amid a labyrinth of tin-roofed houses and alleys on a steep slope in the east end of Sierra Leone’s capital, Freetown.

On the blue painted clay hut’s wall are bleached-out letters spelling “Bush Doctor”. The rest of the wall is decorated with paintings of diseases the traditional healer cures, be it love sickness, toothache, or mental health problems – “craziness” as Conteh calls it.

The latter is not unusual in Sierra Leone, a country that has witnessed the trauma of a long and brutal civil war, extreme poverty, and the deadliest Ebola outbreak in history – all of which have left scars on the society’s collective psyche.

The World Health Organisation estimates that 10 percent of the seven million Sierra Leoneans have mental health problems. But due to the unknown number of unreported cases, the scourge of depression, anxiety, or post-traumatic stress disorder (PTSD) is likely to be much bigger.

For decades, there was only one psychiatrist practising in the country (now there are two) and treatment in the only psychiatric hospital until recently involved restraining patients using chains due to the unavailability of psychotropic drugs.

As a consequence, almost 99 percent of those affected go untreated. Instead, spiritual beliefs drive those in need into the shrines of the country’s 45,000 traditional healers.

In Sierra Leone, mental health problems are widely believed to be caused by witchcraft or demons. That’s why people refer to them as “noto ospitul sik” – an illness that cannot be cured in a hospital due, supposedly, to its transcendental or spiritual nature.

“Providing mental healthcare in this country is a challenge, due to the beliefs of people,” explains Rebecca Esliker, director and only employee at the institute for psychology at the University of Makeni (UniMak) in central Sierra Leone. “I wouldn’t want to blame them. The only thing they know are those traditional healers.”

To drive away the devils, Conteh, a scraggy man in traditional attire, mixes pastes and tinctures out of powders, roots, and leaves. To prove the effectiveness of his treatment, Conteh walks over to a shed where a young man cowers on the doorstep.

His name is Ibrahim and he used to be a teacher – up to the day his girlfriend’s father cursed him, according to Conteh.

The healer calls upon Ibrahim to stand up. It’s a strenuous effort for the young man, who finally gets on his feet, standing crooked with a small bag of white powder and a spoon in his left hand. His right hand clutches his trousers’ waistband, which is about to slip.

“He’s made good progress since he came to us,” Conteh says, and tells Ibrahim to walk over. His patient roars unwillingly and Conteh loses his patience: “Bring me the cane!”

Esliker, who holds degrees from universities in Ireland and the United States, has little sympathy for men like Conteh. In her research, she speaks of a “medical war” between modern medicine and what she calls myths and beliefs.

The psychologist has a long list of accusations against the healers: financial exploitation of families hoping for a cure for relatives; irresponsible use of psychotropic medication mixed with herbs without knowing anything about side-effects; and, finally, violence.

“When you take someone to the traditional healer, especially severe psychotic cases, they beat them mercilessly because they say that’s the way to get rid of the devil,” says Esliker, recalling the experiences of her patients.

Since she came back to Sierra Leone four years ago, Esliker has been lobbying to put mental health on the political agenda.

She is part of the local Mental Health Coalition, which is pushing for the country’s 1902 mental health law – tellingly called the “Lunacy Act” – to be rewritten.

The MHC has already had some success, with the establishment of a separate directorate for non-communicable diseases and mental health within the Ministry of Health. In addition, 21 mental health nurses have been trained and deployed around the country to help provide basic care.

Esliker herself set up a clinical counselling course at UniMak. “When we started with the course, we had two students,” she said, and then with a trace of pride adds: “This year, I got six. So, it’s slowly getting better.” 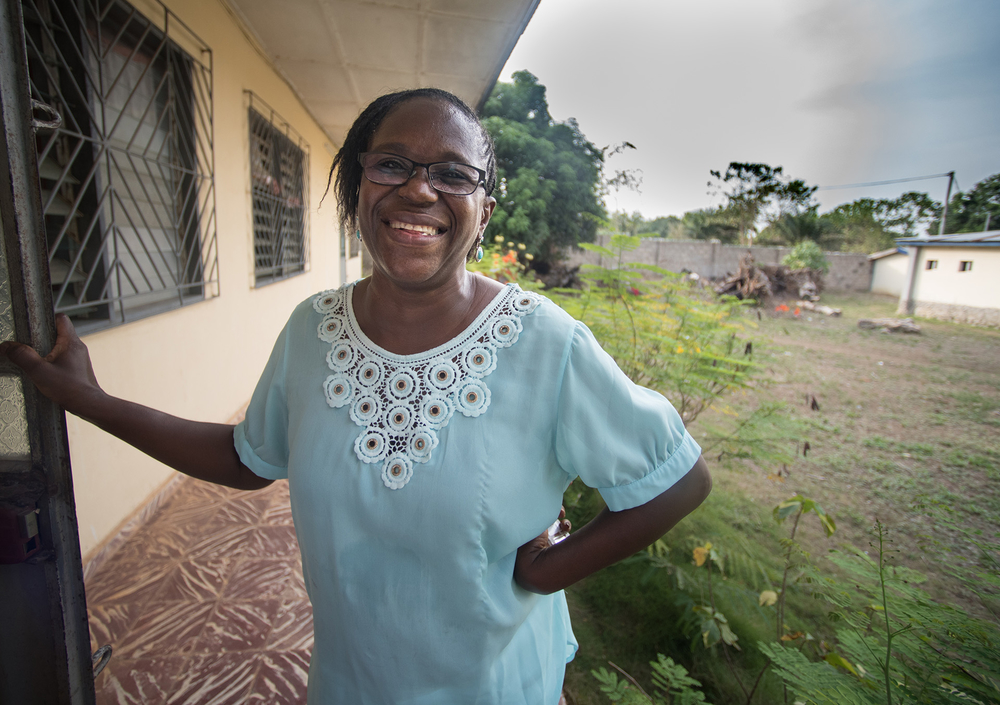 Olivia Acland/TNH
Rebecca Esliker is a psychologist at the University of Makeni. She speaks of a “medical war” between modern and traditional medicine.

Social scientists have long worried that the extent of the psychosocial problems – and the lack of medical help – could threaten the long-term stability of countries like Sierra Leone.

But these alarming predictions never came true. Theresa Betancourt, a researcher on children and adversity at Boston College, thinks she knows why.

Her research has followed conflict-affected Sierra Leonean youth since the end of the war in 2002. Although it has found that conditions like PTSD, depression, and anxiety can persist into adulthood, she says “there’s tremendous naturally occurring resilience”.

Betancourt describes the phenomenon “as an individual’s ability to adapt and cope with stressful life events”. Stressful in this case means war, abuse, or rape.

Resilience can be built by supportive families, communities, and institutions like places of worship, she notes. In Sierra Leone, it is sustained by “strong [shared experiences], community ties, spirituality, culture, and personal perseverance,” she says. “It's stunning.”

While resilience can help protect some, the overall situation for mental health in Sierra Leone remains dire.

Stephan Sevalie, one of the country’s two psychiatrists, lists Sierra Leone’s most pressing concerns as: problems with the drug supply chain; lack of healthcare financing; stigma within society; and political commitment – for too long lacking.

MHC members like the Community Association for Psychosocial Services (CAPS) face significant obstacles. The organisation was formed by the left-behind local staff of international NGOs that backed out of Sierra Leone a few years after the war.

“The need for psychosocial service delivery was actually immense,” says Frederick Sam-Kumbaka, a former teacher who provided counselling for returning refugees in the eastern district of Kono.

And the need is still there because Ebola, in many cases, reactivated the trauma. But, in the midst of the unprecedented epidemic, CAPS ran out of money and had to shut down its services in Kono.

It was a bitter experience for Sam-Kumbaka and his colleagues. “We have an organisation that is experienced, that is capable of attending to the psychosocial needs of these people,” he says.

As proof of their commitment, two former CAPS counsellors still show up for work at the mental health unit at a local hospital almost every day – as volunteers.

Sam-Kumbaka is not the only one disappointed by the many well-intended but shortsighted internationally funded aid programmes, which didn’t meet the country’s demands in the long run.

“If really international NGOs were going to make all the difference, then things would’ve changed a lot,” says Sevalie, who aside from being a psychiatrist is also a major in the Sierra Leonean armed forces.

“I’m not saying they’re completely useless, but their use is quite limited when it comes to finding sustainable solutions.”

Sitting at his desk in a white tent set up by the UN’s World Food Programme on the premises of 34 Military Hospital in Freetown during the Ebola crisis, Sevalie ponders how to “decolonise mental health” – to make Sierra Leoneans more self-reliant.

Even though he laughs out loud using this phrase, the man in camouflage with a stethoscope dangling around his brawny neck is serious.

Looking at the progress made by MHC and others so far, Sevalie is “positive that this small cumulative improvement will continue.

“Ultimately,” he says, “we will be in a position where we can better address the mental health challenges.”

Changes are underway. Since taking office in 2018, President Julius Maada Bio’s new government has announced that a bill to replace the outdated “Lunacy Act” will be taken to parliament in late 2020 – a success for the MHC and the country in general.

In the meantime, to help as many patients as possible, the MHC has decided to include the controversial Traditional Healer’s Union in its efforts.

Healers are now trained to detect severe cases and – in theory – refer them to a hospital with a mental health unit.

But Conteh, the “Bush Doctor”, insists the hospital had given up on Ibrahim and referred the patient to him. Their alleged diagnosis: “noto ospitul sik”.

This project has been funded by the European Journalism Center (EJC) via ist Global Health Journalism Grant Programme for Germany.