Doi Ra hid with her family in an outhouse toilet as the soldiers gathered up the men from her village, blindfolded them, and tied their hands together. Then the beatings started.

"They beat them until they vomited blood," she said, kneading her hands as she recalled how the soldiers struck her neighbours with boots, guns, and sticks. One of her neighbours was battered so badly that his skull cracked, she said.

Doi Ra is one of the latest people to be displaced by a long-festering conflict in Myanmar’s north. Along with 50 other people who fled after six trucks of Myanmar soldiers rumbled through her village last July, Doi Ra and her family have taken shelter in a church compound near the Kachin State capital, Myitkyina.

As she spoke, the men around her lowered their heads and stared at the ground. At a nursery next door, children fervently sang songs in the Kachin language.

The tent she now lives in with her family is sweltering during the day and frigid during the northern nights. Her makeshift home floods during monsoon rains. “But at least here we are safe," Doi Ra said.

Others aren’t so lucky.

While the international community is fixated on the humanitarian crisis in Rakhine State, where a military crackdown has driven more than 655,000 Muslim Rohingya into Bangladesh since late August, the conflict in the country's north is smouldering out of view.

Doi Ra and her family are among some 100,000 people who have been displaced by clashes between Myanmar’s military and ethnic armed groups in Kachin and northern Shan states in a conflict that has been simmering since 2011.

Now, the current dry season is expected to escalate violence even further as Myanmar’s military moves to consolidate its hold over the fractured territory. Rights groups say government restrictions have squeezed humanitarian access to a trickle, leaving tens of thousands of displaced people without aid, caught in the crosshairs between the military and rebel groups.

Northern Myanmar is just one of multiple hotspots around the country where the army’s battles with an array of ethnic armed groups have trapped civilians in the middle. In Kachin State, the breakdown of a 17-year ceasefire in 2011 between the military and the Kachin Independence Army, or KIA, one of the country’s biggest ethnic armed groups, has thrown the north into a war zone.

Both the military and the rebel groups are fingered for rights abuses. Amnesty International accuses the army of executions, indiscriminate shelling, using civilians as human shields, and forced conscription. Armed groups are accused of abductions, killings, and recruiting child soldiers.

Much of this violence has simmered in remote regions where aid groups have little access. About 40 percent of people displaced by the conflict live in areas outside government control, according to the United Nations.

But Myanmar has also placed new curbs on access to areas even under its authority, mirroring the more publicised restrictions in place in Rakhine.

"The other day our aid workers had to turn around halfway because the soldiers didn't let them pass," said Lu Ja, who works with the Metta Development Foundation, a local NGO distributing aid in Kachin and northern Shan states. “They accused us of supporting the KIA.”

Myanmar authorities have not allowed the UN to travel to displacement sites in areas beyond government control for more than a year, according to the UN’s emergency aid coordination body, OCHA.

At the same time, the crisis in Rakhine State has frayed relations between the government and aid groups, making some organisations more reluctant to speak publicly about problems in the north. Representatives of multiple aid groups declined on-the-record interviews with IRIN.

“We are self-censoring ourselves out of fear to be forced to leave the country otherwise, which would mean we could no longer influence anything at all,” one country director of an international humanitarian organisation in Myanmar told IRIN. 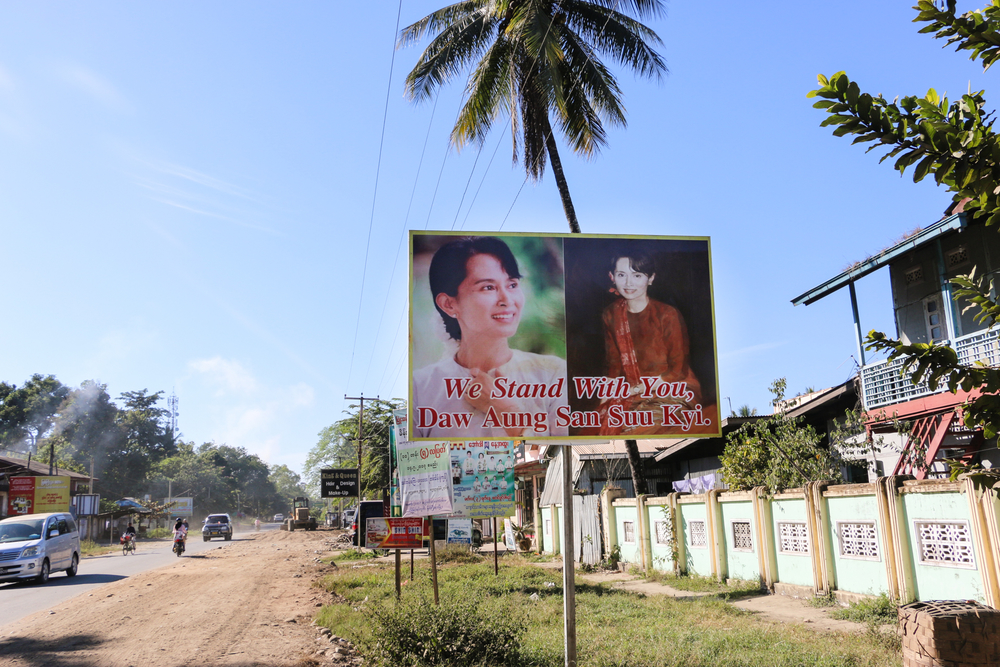 Aid access in Myanmar’s north is at an all-time low, according to David Baulk, a researcher with Southeast Asia-focused Fortify Rights. The rights group is preparing a report warning of the worsening impacts of aid blockages in Kachin.

“Everything aid groups are trying to do is keep people alive,” Baulk said. “The government and specifically the military therefore need to immediately lift these arbitrary restrictions.”

While aid access has fallen, the violence has escalated. In the first full week of 2018, new clashes displaced more than 1,200 in northern Shan State.

“Displacement camps are meant to be safe havens for civilians, but yet again we see men, women, and children fleeing violence for the second or even third time,” said Pierre Péron, OCHA’s spokesman in Myanmar.

This has left civilians in constant flux. Seng Mai was forced from her home in 2011 as the KIA ceasefire fell apart. But the conflict’s shifting front line reached her again last year, when military shells struck her displacement camp near the Chinese border.

Seng Mai’s house was burnt; her cattle ran away. "In the camps, I can't work to improve my family's situation. I am just helpless," she told IRIN.

The fighting in Myanmar's northern borderlands is one of the world's longest-running civil wars: the KIA and Myanmar’s army have been locked in conflict since the 1960s. A national peace process promoted by Myanmar’s de facto leader, Aung San Suu Kyi, has stalled. A third round of negotiations scheduled for the end of January has yet to be confirmed. The war here now spans generations.

Lu Ja, the aid worker from the Metta Development Foundation, grew up with the civil war. “Now, I am 62 and the fighting is still going on," she said.

“You can only send your kids to school if you have enough to eat. How shall we educate our youth?” she asked. 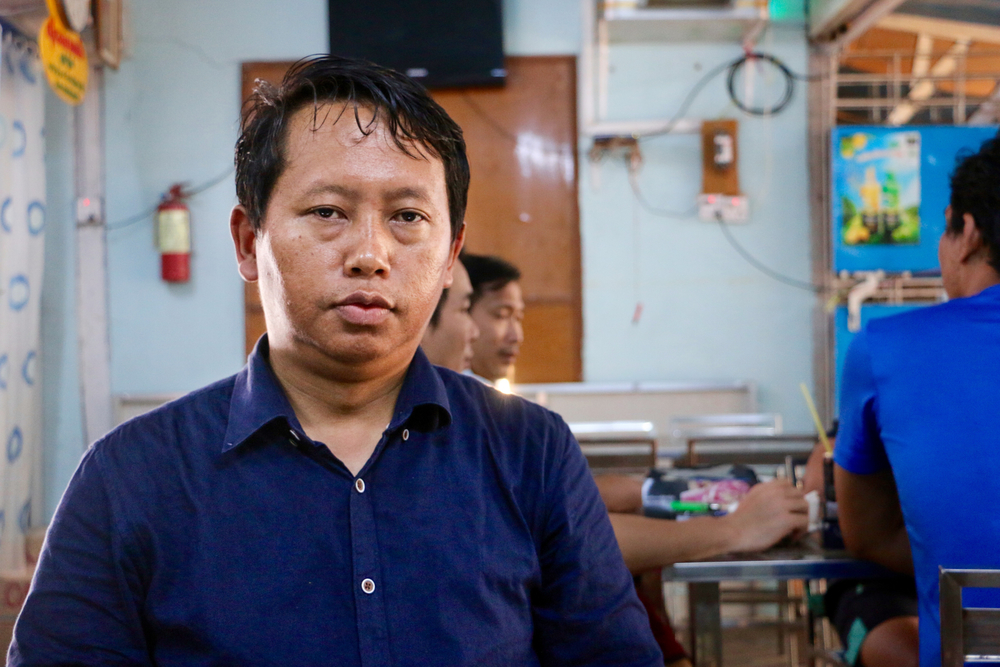 Verena Hölzl/IRIN
Gum Sha Awng, who works with the Metta Development Foundation, worries that the conflict in northern Myanmar has been overshadowed.

The conflict, meanwhile, seeps into daily life even in the relative safety of Myitkyina.

Women seldom leave their homes at night. Young men are told not to venture outside; they’re afraid of being forced into the conflict.

In the city’s hotels, signboards warn of no-go zones off limits due to fighting. The road to the airport is peppered with military checkpoints that pop up after sunset, when roadside trash piles are set on fire, shrouding the town in a milky smoke.

Locals fear the violence here is also hidden from the wider world.

On Christmas Eve, an important night for the majority-Christian Kachin, mortar shells hit the rebel stronghold, Laiza. Gum Sha Awng, who also works with the Metta Development Foundation, spent the night worrying for his colleagues and friends.

“While the whole world looks at the Rohingya crisis, our suffering gets overshadowed," he said.

(TOP PHOTO: A boy stands in the middle of a displacement camp on a church compound near Myitkyina. Verena Hölzl/IRIN)