On both sides of the rutted, 200-kilometre dirt road that runs from Bria to Bambari in Central African Republic, villages lie empty and desolate. Cramped mud huts with thatched roofs have been reduced to ashes and rubble. Everything of value has been looted.

In Goumba – a small, Christian village to the west of Bria – Ludovic Valongere sat by the side of the road scooping cooked insects out of a large plastic bowl. He had returned two days earlier to bury his brother, killed when rebels from a group called the Union for Peace in the Central African Republic (UPC) swept into the village a few months before.

“We were hiding from the rebels in the bush with no food,” Valongere, 38, explained. “One day my brother decided to return to Goumba for supplies but the rebels were still there. When they found him, they shot him in the head.”

To Valongere’s right a large pot of alcohol bubbled over an open fire in preparation for the funeral. Save the militiamen that sat languidly beside nearby checkpoints, it wasn’t clear anybody from the deserted village would be brave enough to attend.

Central African Republic has been wracked by periodic bouts of conflict since a largely Muslim rebel alliance called the Séléka overthrew the government of Francois Bozizé in 2013, triggering reprisals from a Christian militia called anti-balaka.

Now it is descending into levels of violence some say have not been seen since the peak of the conflict in 2014. Recent clashes between armed groups have left hundreds dead, villages like Goumba destroyed, and more than 100,000 displaced.

Days of fighting this week in the southeastern town of Bangassou killed 115, according to the Red Cross, while fighting in Bria left five dead and 15,000 displaced according to the UN. The week prior also saw five UN peacekeepers killed around Bangassou after their convoy was attacked by anti-balaka.

A fight between factions

Much of the current upsurge in violence is being caused by two factions of the now disbanded Séléka fighting one other. On one side is the Fulani-dominated UPC; on the other an ad hoc coalition of rebel groups lead by the Popular Front for the Renaissance of the Central African Republic (FPRC). The new coalition includes elements of the anti-balaka, the FPRC’s sworn enemies just a few months ago.

A rift between the FPRC and UPC first emerged in 2014 when the former called for an independent state in northern CAR, a proposal rejected by the latter. Preferring to operate independently, UPC leader Ali Darassa has since rebuffed multiple FPRC calls to reunify the Séléka, threatening the FPRC’s hegemony over CAR’s rebel movement and resource-rich territory. 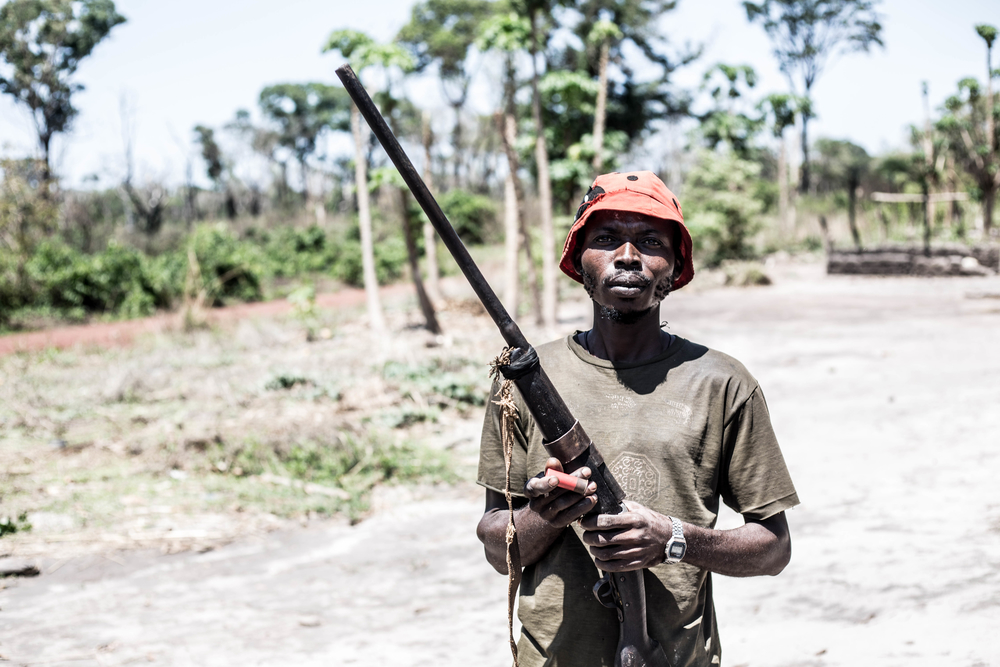 Clashes between the groups erupted around a gold mine in Ndassima in late 2016 and have since morphed into a full-blown bush war.

At the beginning of the year, fighting was clustered around Bambari, a UPC stronghold wanted by the FPRC. Desperate to prevent a battle in the city, which hosts tens of thousands of internally displaced people – the UN’s peacekeeping force, MINUSCA, deployed attack helicopters to stop FPRC rebels from advancing, while simultaneously negotiating the removal of Darassa.

The operation was considered a success for a mission that has often failed its mandate to protect civilians. “There was a willingness by MINUSCA to use much more robust force to deter attacks,” said Evan Cinq-Mars, who works at the Center for Civilians in Conflict, a New York-based nonprofit, as United Nations advocate and policy advisor.

But while preventing a bloodbath in Bambari – CAR’s second largest town – the operation failed to prevent violence from spreading to other parts of the country. Dislodged from its stronghold, the UPC went in search of new territory. So did the FPRC, according to a UN source, “looking to compensate for the huge material losses sustained at the hands of MISUSCA in the battle for Bambari”.

In March, UPC and anti-balaka elements clashed around the town of Goubali 2. In April, more clashes were reported in Bakouma and Nzako. And more recently, 56 civilians are thought to have died in Alindao, 100 kilometres south of Bambari.

In the past, MINUSCA has been able to count on the presence of Ugandan soldiers and US special forces to help deter fighting in a part of the country where its peacekeepers are thinly spread.

Both countries had troops stationed in the southeast as part of a campaign to capture Joseph Kony, leader of the infamous Lord’s Resistance Army rebel group. But that mission has now ended and, as troops withdraw, a dangerous “security vacuum” is emerging, according to Paul Ronan, researcher with Invisible Children.

“Ugandan troops had a presence in places like Nzako until relatively recently and did not allow fighting of this nature to occur,” Ronan said. “The violence we have seen in the last two weeks shows the withdrawal of US and more significantly Ugandan troops is creating a vacuum that other armed groups can fill.”

While the current conflict is primarily rooted in a struggle for power over land and CAR’s mineral-rich resources, violence is also following ethnic lines. Anti-balaka and FPRC have targeted Fulani civilians associated with the UPC, and UPC fighters have targeted non-Fulani in response.

“We're seeing the conflict morph into these reprisal killings,” said Lewis Mudge, a researcher with Human Rights Watch. “A couple of Fulani are killed, then a couple of non-Fulani are killed in return. They increase and increase until we get to massacres of 15 to 20 civilians.” 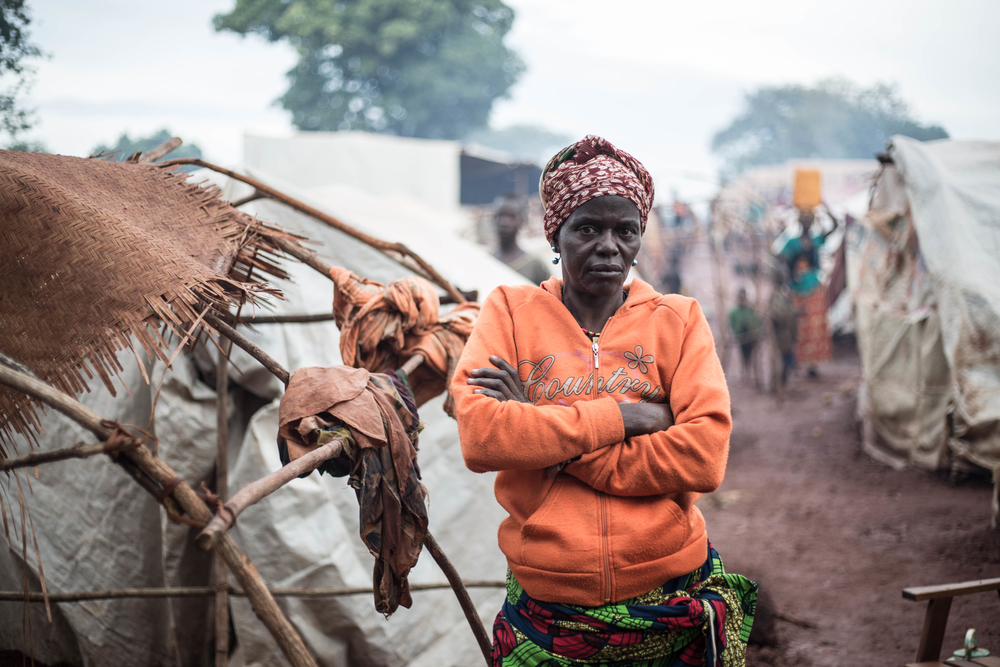 Philip Kleinfeld/IRIN
Some 1,500 displaced people live in a makeshift camp in the town of Bria

Pushed out of FPRC territory in Bria last November, the UPC went on a rampage, killing, looting, and burning villages like Goumba where many Christians lived.

At a makeshift camp beside a UN base in Bria, 1,500 Christians from across the region are now living in deplorable conditions. Stood arms folded in front of a flimsy tent, 50-year-old Josephene Lengba said UPC combatants forced her family of 15 to flee in late March after the rebels “killed [people] and burnt down homes”.

“We saw the people that they had killed,” she said. “There were many of them. Some of the dead people were lying on the ground for many days because there was nobody to bury them. [Eventually] we fled to the bush. If we hadn't, they might have killed us too.”

On the other side of town Fulani civilians in Bria are living in enclaves under the protection of UN peacekeepers. Those that leave face harassment, extortion, and in some cases death.

On a recent Sunday afternoon, 40-year-old Abdouley Aiclia said her Fulani husband was decapitated, stuffed in a large plastic bag and thrown into a river. Now she is unable to feed her four children.

“There is nobody that can help me,” she said, cradling her youngest and nervously thumbing an amulet.

Even the enclaves are dangerous. In late March, anti-balaka breached a UN checkpoint and attacked the population with spears and hunting rifles.

“Go! Kill them! Slaughter them!” Yerima Ahmatou, remembers hearing as he was praying at the local mosque. Three people were shot, he said, including one in the eye.

“Our problem is Ali Darassa,” said the coarse 54-year-old, based in Bria. “He has decided to be King of the Fulani and wants to make them into an army. We tried to tell him: ‘We are one country, you can’t rule with one wing.’”

But the FPRC has repeatedly cast the UPC as a foreign force, playing on a stereotype that views the traditionally nomadic cattle-herding Fulani community as outsiders.

As things stand, mutual antipathy towards Fulani has been enough to hold together an improbable alliance with anti-balaka. But few believe it will last for long.

“I don’t think these groups have established any degree of the Central African brotherhood that they claim,” said Mudge. “Once the Fulani have been marginalised, I wouldn’t be surprised in the slightest if they start attacking each other again.”

Last week’s attack on UN peacekeepers, “was the deadliest incident against MINUSCA since being deployed”, said Cinq-Mars. “We haven't seen anything like this in terms of the sheer scale of deaths and injuries”.

Meanwhile, 33 incidents targeting humanitarians were recorded during the first quarter of the year, including 16 since March in the northern province of Ouham.

“We are not able to deliver [aid] anymore,” said Kathy M. Kabeya, head of mission for INTERSOS, an Italian NGO that recently suspended operations in the Ouham region. “We need humanitarian access. We need to reach these people. They rely 100 percent on humanitarian assistance.”

“We don't have money to buy anything to eat,” said 34-year-old Roger Mapouka, laughing grimly as a storm turned the camp into a swamp. “We just sit here like this.”