David Salah sits on the South Sudan side of the Kaya river. A wooden bridge separates him from Busia, a border crossing in Uganda. He wears a black-and-red jersey and black shorts. His smile is friendly enough, but he keeps a well-worn AK-47 by his side.

Salah spent most of his early life as a student in Uganda, where he acquired the excellent English he speaks. In 2003, he moved back home to South Sudan. Since then, he has worked as a farmer in the fertile southern Equatoria region.

This is not the future he had in mind. Salah wanted to return to Uganda and study for a Bachelor of Business Administration at Makerere University. But, he says, the government would not sponsor him to go.

Salah believes the South Sudanese government keeps scholarships only for the Dinka, the largest ethnic group in the country. It is the community to which President Salva Kiir belongs, as do the majority of senior figures within his administration.

Like many non-Dinka in South Sudan, Salah thinks the government is solely dedicated to keeping the Dinka people in power. Kiir is backed by the influential Jieng (Dinka) Council of Elders and supported by military chief-of-staff General Paul Malong Awan.

Salah is a Kakwa, a relatively small ethnic group that straddles southwestern South Sudan, northwestern Uganda, and northeastern Democratic Republic of the Congo. 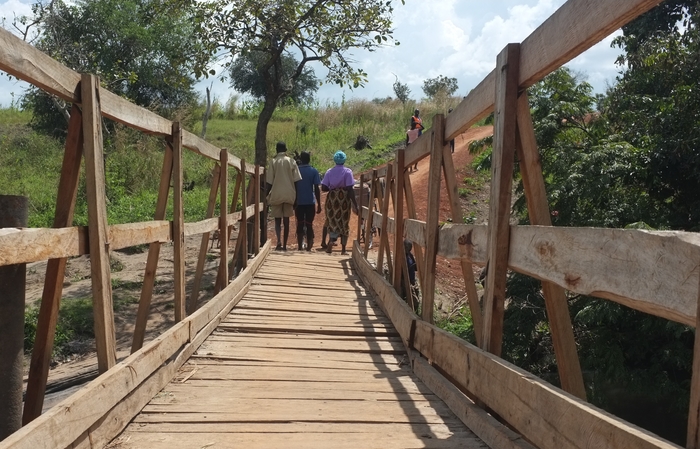 Last year, he joined the rebel SPLA-IO, a movement associated with the country’s second largest ethnic group, the Nuer. But the insurgency is also attracting the loyalty of existing community-based militia in the Equatoria region and beyond – anyone to challenge the Dinka’s perceived hold on national power and resources.

Salah is a captain in the SPLA-IO. Asked how he thinks fighting will bring about the political resolution he wants, he laughs and says something about how this is the only way to bring about change in this part of the world.

Salah's comrade-in-arms, Samuel Denyag, was a policeman in the capital, Juba, where he says he saw ethnic chauvinism first-hand. Denyag claims his Dinka commanders fixed the books, adding dozens of ghost names to the payroll, and then shared out the proceeds among just the Dinka cops.

When South Sudan’s civil war broke out in December 2013, over a contest for power between Kiir and his rival, former vice president Riek Machar, Denyag headed home to western Equatoria. He joined the Arrow Boys, a broad militia originally formed to defend the community against attacks by Uganda’s notorious Lord’s Resistance Army.

The LRA are gone. Now there are new threats. Local anger has long been stoked by the encroachment of heavily armed Dinka cattle herders onto farmland, and the disappearance of young men in the government’s heavy-handed counter-insurgency operations.

As armed groups bubbled up in western Equatoria in 2015, some Arrow Boy factions threw in with SPLA-IO. Denyag was one of them.

Some of these emerging armed groups looked to be absorbed into the national army under an agreement negotiated in 2015 to end the civil war. But the accord didn’t last. Although Machar finally returned to Juba to join a government of national unity in April this year, three months later he was fleeing for his life, heading south through Equatoria and over the Congolese border.

Fighting followed in his wake. Yei, in southern Equatoria, was previously thought of as one of the safest places in South Sudan. But Human Rights Watch reported in October “numerous cases” of abuse by the army against civilians as they hunted for SPLA-IO supporters.

IRIN was unable to get comment from the government.

Among the most brutal of the government’s forces are the all-Dinka Mathiang Anyoor militia, created by Malong. They were instrumental in the purging of Nuer neighbourhoods in Juba in 2013. 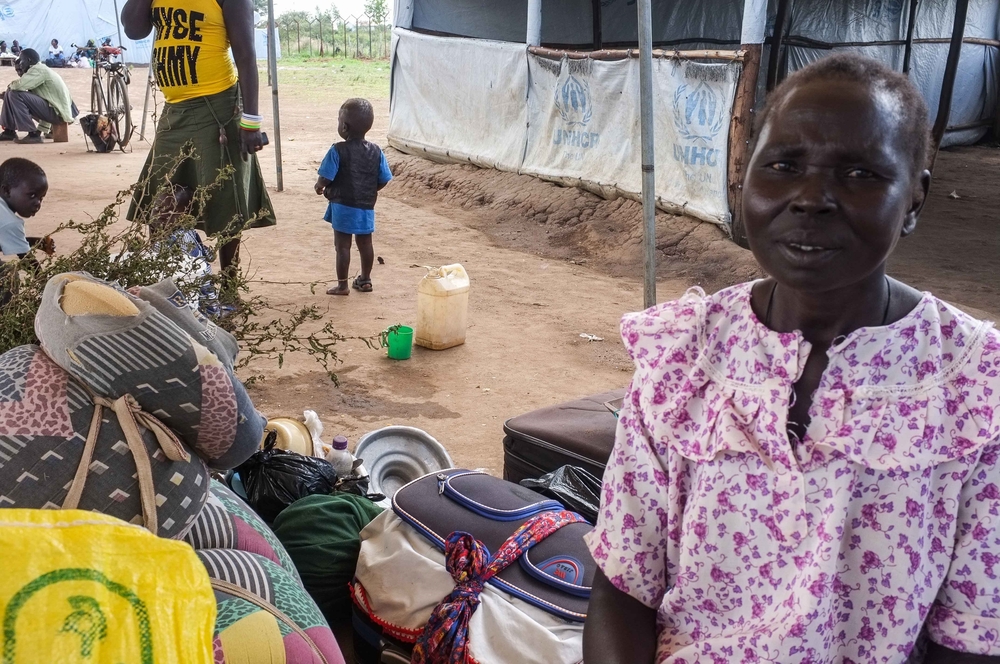 The violence has spurred opposition, increasingly united in a sense of victimhood. It has also generated a cycle of revenge. In October, armed gunmen attacked a bus on the Yei-Juba road, separated the 21 Dinka from the other passengers, and shot them.

“The history of mass atrocities suggests that ethnic violence is normally a political tool waged for – often petty – political purposes. South Sudan is no different,” researcher Alan Boswell told IRIN. “It’s a political war for a new state that never fully formed, but is now being fought over as it collapses.”

The brutality under way in Equatoria has forced 246,000 South Sudanese to flee to northwest Uganda in six months. Tens of thousands of them – if not more – have crossed Captain Salah’s rickety bridge.

“These atrocities are not an abuse of power per se, but rather the desperation of the weak lacking true state power,” said Boswell. “This is ethnic cleansing as desperation, not strength.”

Lona Saima walked for seven days with her family from Yei to reach safety. In early December, she’d just been trucked from the South Sudanese border to Kuluba Transit Centre in Uganda.

“If they [the Dinka] get you, they will slaughter you like a chicken,” she told IRIN. “They want to kill anyone because they don’t trust you… they think you are hiding rebels.”

Saima has tuberculosis and hasn’t been able to access medicine for two months, since war shut the hospital and supply lines down. Her body aches.

At least 85 percent of the people in the heaving camps are women and children. The men have stayed to fight and to protect their property. 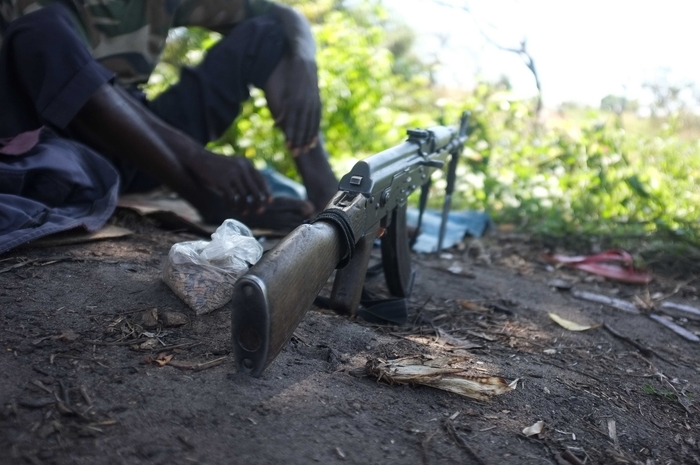 Amanda Sperber/IRIN
No shortage of guns in South Sudan

Otto John Adema bucks the trend. An HIV-positive preacher with 12 children, he arrived from Torit, in southeastern South Sudan, in August. He sits against the mud brick house he built in Bidi Bidi camp, holding his baby boy.

He saw three civilians shot, but doesn’t know if it was the SPLA or the rebels who did the killing. He is sure, though, that it was five SPLA-IO raping a woman in the street with a stick.

Ethnic killings have been a feature of South Sudan’s civil war since it began. Kem Ryan, who was the head of operations for the relief and protection section of the UN’s peacekeeping mission, has plenty of evidence.

“I have hundreds of photos from the three years of war in South Sudan of people killed, mostly civilians, many bound and executed,” he told IRIN. The violence forced 200,000 people from their homes in 2015.

The UN didn’t use the terms “ethnic cleansing” or “genocide” then, but now they do.

On 11 November, Adam Dieng, the UN Special Adviser on the Prevention of Genocide, said South Sudan risked “outright ethnic war” and genocide. The last time he was in the country was in 2014.

The UN Human Rights Commission said in statement on 30 November: “there is already a steady process of ethnic cleansing under way in several areas of South Sudan using starvation, gang rape and the burning of villages.”

No one knows how many people have been killed in South Sudan’s civil war. There are estimates of up to 300,000, but the phrase “tens of thousands” is normally used in news reports.

“The UN is the only actor in South Sudan with the capacity to collect and verify death tolls and they chose not to,” said International Crisis Group’s South Sudan senior analyst, Casie Copeland.

“Death tolls are important for our humanity, to raise awareness and as empirical evidence of how the war evolves.”

Richard Batili also guards the bridge on the Kaya river. He sees no end in sight to this conflict. “What is going to happen will be unacceptable,” he told IRIN. “This fighting will continue to our children.”