“They say crime doesn’t pay, but it really does in this country,” says Humberto Aguirre, a frustrated former fighter from the Bloque Centauros, one of Colombia’s many militant groups.

Aguirre demobilised in 2005 during an earlier iteration of Colombia’s long and protracted peace process. He and his wife Shirley were among 30,000 members of the paramilitary United Self-Defense Forces of Colombia (AUC) to hand over their weapons and return to civilian life.

But a series of missteps by the government over the last decade means Aguirre and others feel let down, that promises made at the time have not been kept. With only a touch of sarcasm, Aguirre warns that if these mistakes aren’t rectified he will “probably go back to being a criminal”.

Eleven years ago, Aguirre did not want to join a peace process he had no confidence in. But the order was given, so the couple signed up to a reintegration process that required, among other things, that they complete basic education and attend psychosocial sessions. In exchange, beneficiaries received cash to start a business – two million pesos ($660) for demobilised paramilitaries, eight million ($2,670) for guerrillas.

This difference in benefits proved contentious among ex-AUC members because, as Shirley puts it, “how can there ever be peace when there is no equity even at the government level?”

However, Joshua Mitrotti, director of the Colombian Agency for Reintegration (ACR), the government department tasked with helping former combatants return to civilian life, sees it differently. Those were “the rules of the game”, he says, and “at least they receive something”.

Starting over was difficult for Humberto and Shirley, who lost their payout on a failed business venture. Against the odds and (in their words) “no thanks to the ACR programme”, the couple went on to set up a productive pineapple farm in Casanare, one of the country’s “zonas rojas” (danger zones).

The farm, La Esperanza (The Hope), is now a cooperative of 100 families – roughly half are ex-paramilitaries and half ex-guerrillas. That mix shows that reconciliation, one of Colombia’s most pressing challenges, is possible. But getting there has meant relying more on personal experience than transitional justice theories.

“Those who live it are those who enjoy it,” Shirley jokes.

Now the director of Funcamipaz, a foundation that helps demobilised people to reintegrate, Shirley led the project, which brought together former combatants from both right- and left-wing groups. “We were all in the same bag,” she says. 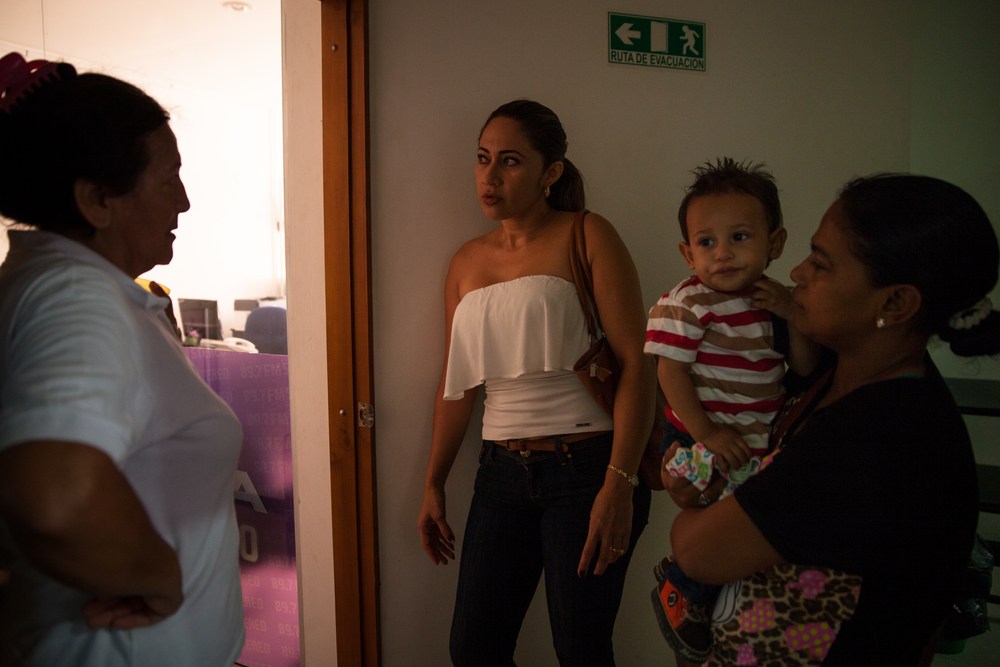 Initially, the cooperative consisted only of ex-paramilitaries who came together because of the rejection and stigmatisation they had experienced in their own communities. When Shirley first suggested inviting ex-guerrillas to join them, the idea was emphatically rejected. “But we made it through after a lot of work and several desensitising sessions,” she says with a smile.

Men and women who used to be sworn enemies now work side by side on the cooperative: Aguirre from the AUC; Déiger López from FARC; and José del Cristo Rodriguez, a deserter from Aguirre’s paramilitary group.

A decade ago Aguirre was ordered to find and kill Rodriguez. Today, they live under the same roof, united in their aspiration to build a better future for their families, a future they feel their previous “employers” took from them and that the reintegration process failed to restore. 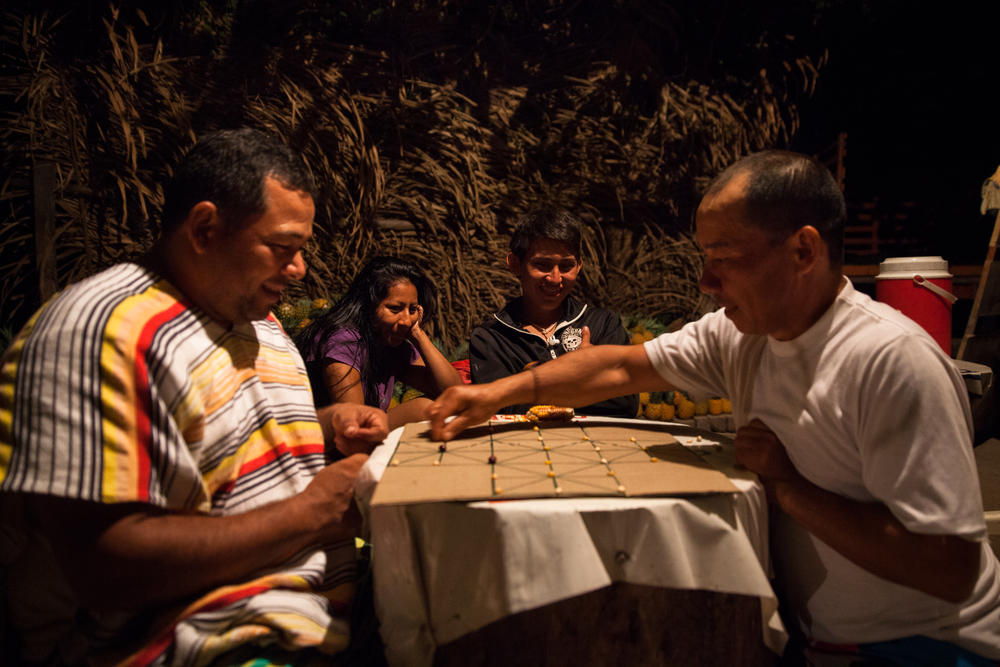 The loan from the regional government that enabled the Aguirres to set up La Esperanza might soon be withdrawn. That would force them to sell their productive cooperative and put the futures of 100 families at risk. It has left a bitter taste in the mouths of the former combatants, who feel let down again.

How, they ask, can millions of dollars be poured into a new peace process while the previous one is in such a fragile place?

“I feel tricked, disillusioned by this process,” Aguirre says. “The day I demobilised, [the government] gave me a police clearance saying I had no problems at all. As I went to renew it, I found out that there were several pending processes against me, including an arrest warrant. The guy who was helping me told me: ‘Brother, you’d better take off and get lost because they’re gonna catch you.’ Why didn’t they tell me this when I surrendered my weapons?”

That was in 2007 after both the Supreme Court and the Constitutional Court overruled that those demobilised from paramilitary groups could be covered under the same law that had underpinned previous reintegration processes, and that granted amnesty to those who had been part of rebel groups. That ruling saw some former combatants take up arms again.

The ACR’s Mitrotti agrees that errors have been made.

“It’s an enormous mistake not to have stability in the policy framework,” he says. “Those who have been demobilised have certainly suffered from this. They are already a stigmatised population, and this legal instability plays against them and against the process of reintegration.”

Mitrotti says it has made a complex situation even more fraught.

“I help people to connect to a life project, and 10 years later they get sentences that bar them working for a decade,” he says, adding that the revised law leaves him no choice: he must fire any demobilised ex-combatants he has employed who are subsequently convicted.

ACR figures show nearly 59,000 people have been demobilised since 2003. More than 49,000 have started the reintegration process, with around 13,700 finishing the programme. Another 17,000 are currently on the “route to reintegration”, which, according to the ACR website, takes around six years.

Those numbers are encouraging, but Fabio, a demobilised FARC commander, says the dire conditions he encountered during his six-year reintegration meant he returned to combat twice in that time.

“Being outside isn’t easy, and you’re out there on your own. At least there [with the guerrillas], you have a roof over your head and a plate of food. So when things got really bad I called a number and went back,” he says. “I still keep that number just in case.”

Fabio feels that when he was captured and then given the option to either join the reintegration programme or remain in detention, “the government took advantage and humiliated us”.

“We had to give in to their process,” he says. “I feel like I surrendered to that peace. I had to bend. I had no choice.” 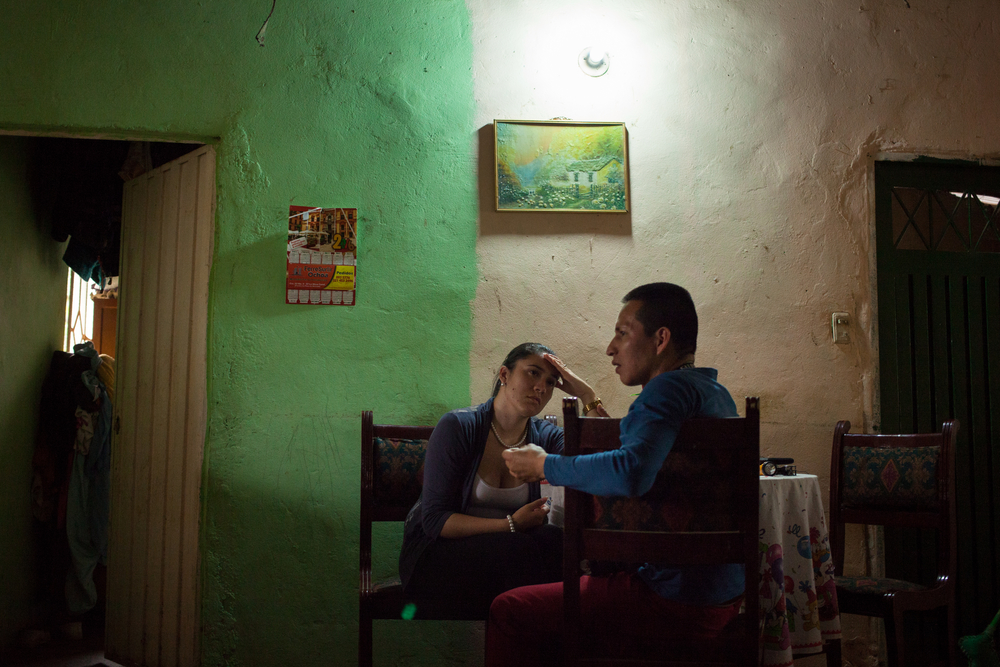 Erika Piñeros/IRIN
Fabio and his girlfriend Yisel. "I never had anything to do with the conflict in Colombia, until I met him. I've never had such a difficult relationship before, but I don't regret it," says Yisel

The ACR’s Mitrotti says those who take up arms again will feel the full weight of the law.

“People need to understand that once they leave a group, their worst option is to go back,” he says. “This is not a country for hampones,” he warns, using a derogatory term for criminals.

Despite this, Fabio represents a success story for the ACR. Earlier this year, he completed his reintegration. While he waits for his start-up cash, he and his girlfriend are planning to set up a business crafting jewellery that uses the same knots and techniques they learned to make rifle slings when he was with the guerrillas.

Such startling scenarios are not uncommon in post-conflict Colombia.

Daniel, 51, is a legal representative for victims of the conflict. But he was once a notorious commander of an elite FARC unit he was forcefully recruited into at the age of 16.

Having been both victim and victimiser, Daniel has spent more than 16 years haggling with both the ACR and the Colombian Victims’ Unit over the need for more financial support to help ex-combatants and victims restart their lives. Like the others, he feels disenchanted by the failure of both government agencies and (particularly) the ACR to help demobilised fighters find jobs and housing.

“When the government breaks its promises, it pushes people to join other illegal groups,” he says.

A 2010 Human Rights Watch report documented how many demobilised ex-paramilitaries had gone on to form “successor groups” – criminal gangs that carried out “serious abuses against civilians”, including killings, rapes, threats, and extortion.

Despite their criticism, the former militants recognise it is essential to have a government entity to help them start over. But they are emphatic that radical change is needed and that their experiences of demobilisation should be heard.

Mitrotti says important lessons have been learnt in the ACR’s 13-year existence, but acknowledges: “the system is [still] not perfect”.

The government reckons the new peace process with the FARC could see another 20,000 combatants demobilising after a final peace agreement is signed.

The ACR’s role, again, will be crucial. Yet despite government assurances of its capacity to receive such numbers, those who demobilised during the previous peace process have their doubts.

“This could be a very dangerous mistake,” says Déiger, a former FARC fighter. “If the demobilised don’t like it here [back in society], they will go back to being criminals – but this time more prepared and knowing the system better than before.”

Having spent years first as a militant and then as director of Funcamipaz assisting other ex-combatants, Shirley Aguirre urges the government to do a better job this time around.

“These guys already know how to make easy money. They've been there, they’ve done it, and they won’t wait to go back,” she says. “We need to provide better opportunities for them.”

(TOP PHOTO: Humberto Aguirre, demobilised from the right-wing AUC paramilitary group, and former FARC guerrilla Déiger López, talk about future plans for La Fortuna, the farm that has given them a second chance. Erika Piñeros/IRIN)