What does a terrorist look like?  No such archetype exists of course, but you certainly wouldn’t figure somebody like Mohammed Abdi*.

Yet the slight, middle-aged man with a neatly trimmed beard was until 18 months ago a member of the Somali jihadist group al-Shabab – albeit in its finance department.

He joined willingly. The former shopkeeper heard a sermon in the mosque in his hometown, 50 kilometres northwest of the central city of Bosaso, urging people to stand up to defend Islam, and was convinced.

He handed the keys of his shop to his aunt, and despite the objections of his family, joined the insurgency fighting what he regarded as an illegitimate government backed by Western interests. “I was very excited and very happy as I was serving the religion,” said Abdi.

His job was to collect the money raised from al-Shabab checkpoints and the taxes levied once a year on households. When al-Shabab controlled much of the countryside before an offensive last year by the African Union’s intervention force, known as AMISOM, they raised “a lot of money”, he said.

It was enough to keep men like Mohammed Farah* armed, fed and fighting. The stocky, gravelly-voiced former al-Shabab soldier had been with the militants from the early days, but now, like Abdi, he has defected.

Both men have taken advantage of a government amnesty and are in a voluntary programme for disengaged combatants. These are men and women who are assessed as low-risk by the Somali intelligence service, which means they have not been involved in major military action or committed any serious crimes.

The disarmament, demobilisation and reintegration (DDR) initiative provides them with vocational training, then hires them onto public works projects – typically building schools and clinics – and finally they are set up with a trade and released. Throughout their time on the programme, they live in the community.

There are currently three centres: in Mogadishu, south-central Beledweyne, and Baidoa, with a facility in the southern city of Kismayo due to open soon. There is also a safe house in Baidoa for female al-Shabab members and their dependents that graduated its first group of 19 women earlier this year.

Farah is on the programme, despite his combat experience, because he is a marked man and it’s probably the safest place for him. He was arrested by al-Shabab as a suspected spy after US-piloted drones kept finding his unit, and was lucky to escape what was likely to have been a death sentence.

“The only thing that al-Shabab fears are drones and the Ethiopians,” he told IRIN, a reference to Ethiopian soldiers in AMISOM and Ethiopian commandoes camped inside Somalia that report directly to Addis Ababa.

A colleague helped Farah get away after he had been beaten up and thrown into detention. He made the 90-kilometre journey to Baidoa barefoot, over terrain he knew well, but he believes he has only delayed the inevitable. He has heard al-Shabab is out to kill him and, even though he sleeps in the barracks, he thinks it’s only a matter of time before they’ll get him.

Both men said they joined al-Shabab out of conviction. But the evidence for most low-level defectors is that recruitment is driven by economic need, peer pressure, or coercion by family or religious leaders.

According to research based on focus group discussions by the UN assistance mission in the country, UNSOM, the main attractions are: the promise of a large salary ($400 to $1,000); the power of the ideology; the cool-looking uniform; the promise of an exciting life; and the attraction of fighting for Islam.

“Religion is not one of the main reasons that compels anyone to join al-Shabab,” said Patrick Loots, UNSOM’s chief DDR officer and the architect of the disengaged combatants programme.

“On the questionnaire, people listed that they needed money, or that their family needed money,” he told IRIN. “But once in, that’s when al-Shabab works very hard on the religious component.” 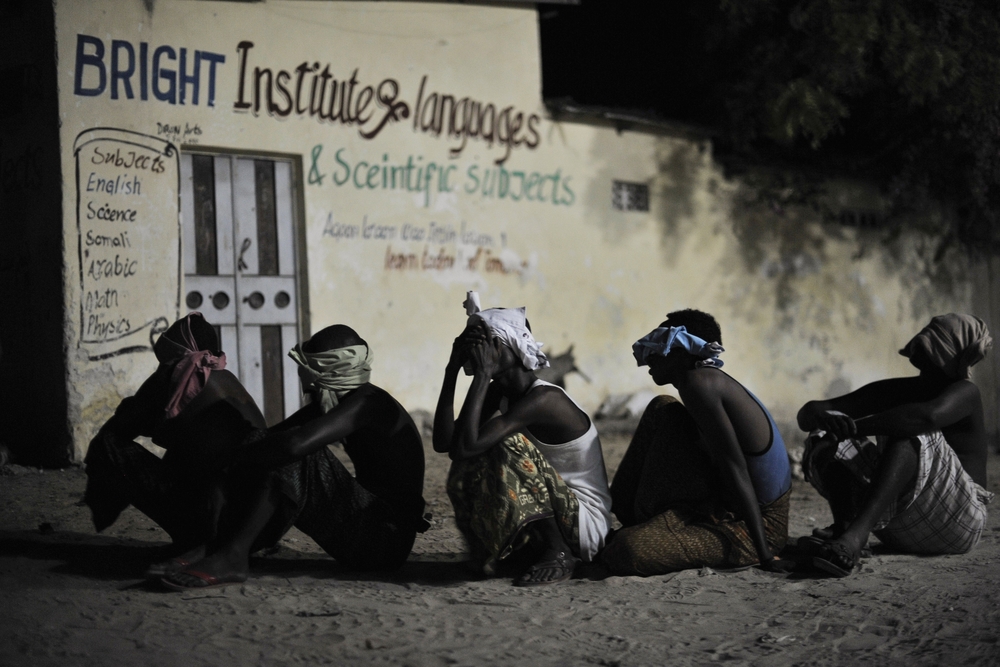 The bulk of al-Shabab’s recruits are drawn from the central region, and there is little community disapproval over recruitment.

“The attitude is ‘these are our sons and daughters’,” said Vikram Parekh, UNSOM’s head of office in Baidoa. “There’s only stigma if you’ve committed something horrendous, and that’s not the people we’re talking about in the disengaged combatants centre.”

Abdi and Farah share similar reasons for quitting to take up the government’s amnesty offer. Abdi said he was angered when he realised al-Shabab’s public profession of piety was not the reality. “I saw a lot of vices, like burning people’s property at checkpoints – that is not in the Quran.”

But it was witnessing the murder of eight elders accused of collaborating with the government that caused Abdi’s doubts to really set in. “They should have been taken to court, but instead they were taken to a different location and killed,” he told IRIN. “I saw the bodies.”

As a soldier, Farah has seen far worse. But it was a similar episode of injustice, and the impunity with which al-Shabab operates, that finally got to him.

There was one episode in particular. It was near Beledweyne, when al-Shabab again ordered the execution of an elder. With the knife at his throat, the man started reciting the shahada. “I began weeping,” said Farah. “There was nothing I could do.”

Farah believes al-Shabab is currently at its weakest point. They are paranoid over spies, and, although the movement is historically loyal to al-Qaeda, there is discord over the influence of so-called Islamic State. Being accused of IS sympathies is a dangerous charge to have hanging over one’s head, explained Farah.

Al-Shabab is also short of cash. In the past, money allowed them to buy support from the community and provided the intelligence tips that made them so effective. Now, fear of retribution is the main currency. “It’s not human and it’s not Islamic,” insisted Farah.

UNSOM’s research suggests the reason low-level al-Shabab combatants defect is that their expectations are not met after they join up. The salary, if paid at all, is between $20 and $500; the discipline is ferocious; and the frontline is far from a glamourous place to be. 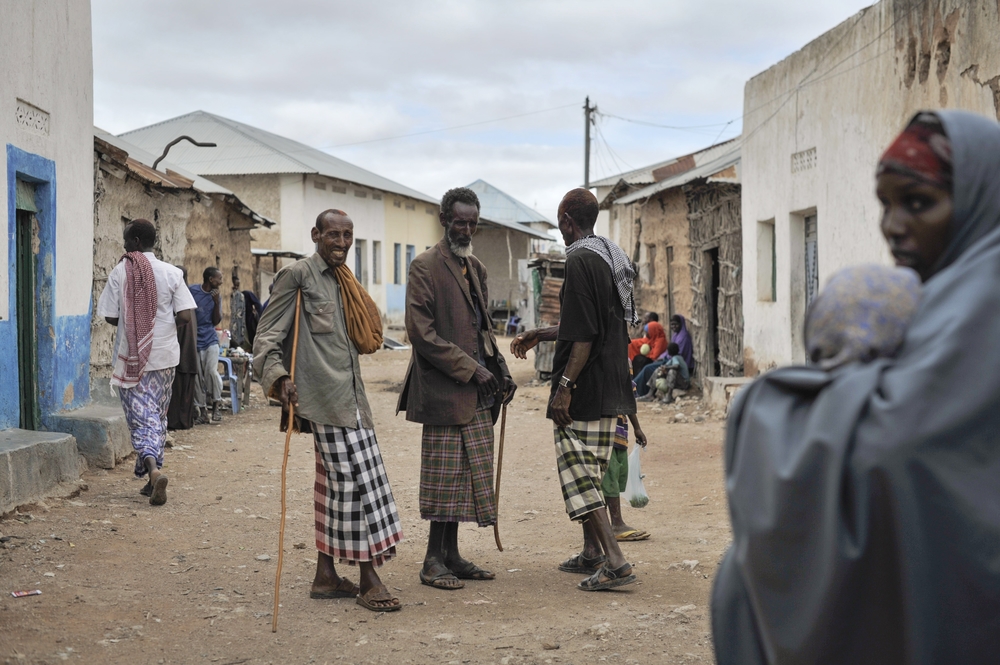 Abdul Abdulahi* works in one of the government’s rehabilitation centres. He understands the initial appeal of al-Shabab: it was a powerful vision of cleaning Somalia of the clan-based warlords that had destroyed the country, and returning to a golden age of justice and righteousness.

“They occupied a void. There was no good government. People were tired of the clans. But they are hypocrites.”

He sees the DDR programme as a potentially powerful weapon in the fight against the militants, if it is properly promoted. “We have to set up more centres like this one, and to tell the low-risk combatants to defect and be retrained and re-integrated.”

In his town, among the 79 who have so far graduated from the programme, are people who are now providing jobs to their families and the community.

That means that “instead of being destructive, they are now productive”, said Abdulahi.

(TOP PHOTO: Ugandan soldiers deployed with AMISOM play football with Somali children after taking back a town from al-Shabab)