Armed with leaflets and insecticide, the platoon of mostly elderly Malaysians fans out across a high-rise apartment complex to do battle with one of the country’s most deadly foes: the Aedes mosquito, which has spawned an unprecedented outbreak of dengue fever and fears that the virus is becoming more aggressive.

In her white polo shirt and jaunty pink hat, it’s hard to imagine that former librarian Kau Siew Yoon, 67, is on a search-and-destroy mission in this neighbourhood on the outskirts of the capital, Kuala Lumpur. She’s been a volunteer with her local anti-dengue squad since May, and two of her relatives came down with the virus in June.

“They are like any living thing,” Kau said of the mosquito that lays as many as 400 eggs a week and needs only a thimbleful of water to breed. “They are smart. They find a survival method.”

Malaysia’s Health Ministry has warned the country is facing its largest dengue outbreak ever, with 201 deaths so far this year. The number of annual fatalities has been rising sharply. There were 215 deaths in the whole of 2014, with 92 in 2013, and 35 in 2012.

In addition to the increased number of cases, doctors are seeing different types of symptoms, which raises the alarming possibility that the virus is becoming even more deadly and difficult to control.

“We are seeing people present with liver failure and meningitis; things that have not seen before with dengue,” said Doctor Jeyaindran Sinnadurai, the deputy director general of health at the ministry. “There is always the chance that a virus may have changed in some way.”

Incidences of dengue have increased 30-fold in the last half century, according to the World Health Organization (WHO), and half the world’s population is now at risk. In Asia alone, where dengue is endemic in many countries, the economic cost of the disease is estimated at about US $2 billion a year. That figure does not include the costs of fogging and other means of killing the mosquito, which form the backbone of efforts to control an illness for which there is no cure.

Dengue is carried by the female Aedes mosquito, which has distinctive white stripes on its body and legs and tends to bite early in the morning or at dusk. Many infected people think they have a terrible bout of flu, because the symptoms are quite similar. But the exhaustion, fever and joint pains that accompany dengue are far worse. The worst-case scenario is that the victims develop haemorraghic fever, which can be deadly.

Aside from a saline drip to boost patients’ platelet count there is no treatment, and because there are four types of dengue virus, people can get the disease more than once. Malaysian officials say repeat infections may explain why symptoms are becoming more severe and deaths are rising. 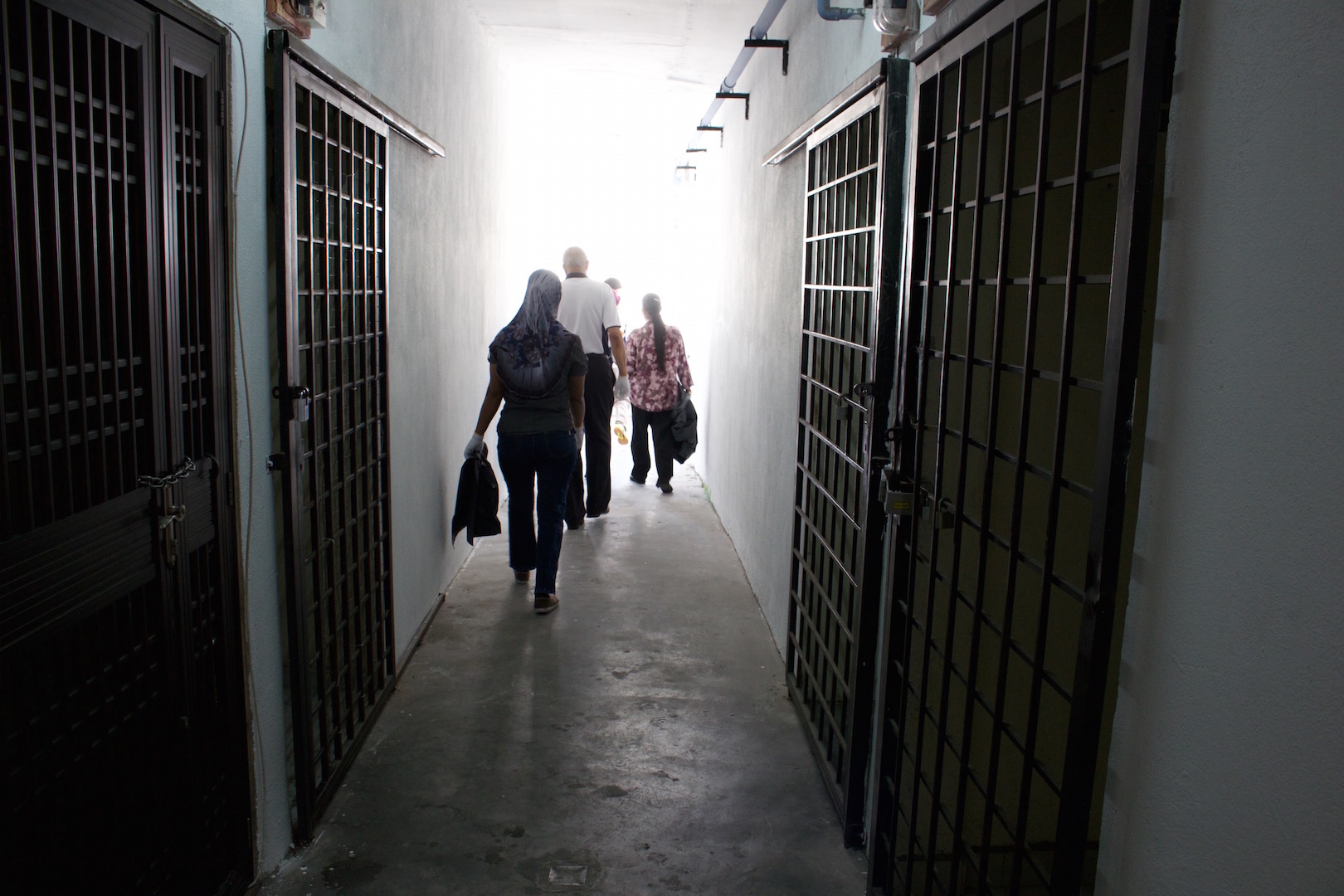 Searching for a vaccine

Doctors in Malaysia are required to notify the Health Ministry if they identify a case of dengue, which was discovered in the 18th century as global trade fuelled the development of busy ports, creating the perfect breeding ground for the Aedes mosquito. In dengue hotspots, banners alert residents to an outbreak. Once a case is confirmed, government workers are called in to spray a fog around the neighbourhood to kill off the mosquitoes. Doctors are also provided with rapid detection kits to ensure a dengue diagnosis is made as quickly as possible.

Doctor Lam Sai Kit, a research consultant at the University of Malaya, has been tracking dengue for 40 years. He is sceptical about whether fogging and the other control measures are truly effective, given the continued spread of the disease. Lam believes a vaccine, when combined with the existing efforts, would provide a huge boost to curbing the advance of the virus.

“I do not think methods based on vector control (are) the answer or the solution,” Lam told IRIN. “If they are effective, then why are we facing the present situation? At best, they are fire-fighting measures.”

With WHO aiming to cut the incidence of dengue by at least 25 percent and mortality by at least half by 2020, a number of companies are attempting to create a vaccine. French pharmaceutical giant Sanofi-Pasteur is the most advanced. It recently concluded the third phase of clinical trials for a dengue vaccine that it’s been working on for more than 20 years. The trials involved thousands of children in Asia and South America and showed the vaccine provided protection against all four types of the virus – at varying levels of efficacy. Among young people aged between nine and 16, the vaccine reduced hospitalisation by 80 percent and incidence of severe dengue by 93 percent.

Malaysia’s Doctor Jeyaindran says the government hasn’t yet made a decision on the vaccine but is working closely with WHO on the data. Given the sharp increase in deaths, however, it has drawn up a new set of medical guidelines to help doctors identify the most at-risk patients. Release of the new guidelines is expected in the next couple of weeks. The additional data will also help them understand why some people suffer more serious symptoms.

WHO said the results were “consistent and encouraging,” but expressed some concern at an apparent increased risk of hospitalisation and severe dengue among children under nine who received the vaccine. Sanofi-Pasteur hopes to secure regulatory approvals from some of the worst-affected countries by the end of this year and has sufficient production capacity to produce one billion doses over the next decade.

But even the vaccine won’t be a silver bullet, according to Baptiste De Clarens, general manager for Sanofi-Pasteur in Malaysia, Brunei and Singapore.

“Singapore has state-of-the-art vector control but still has outbreaks,” he said. “The solution cannot be just one thing. The vaccine, vector control and public awareness are the key elements that must work together to deal with dengue.” 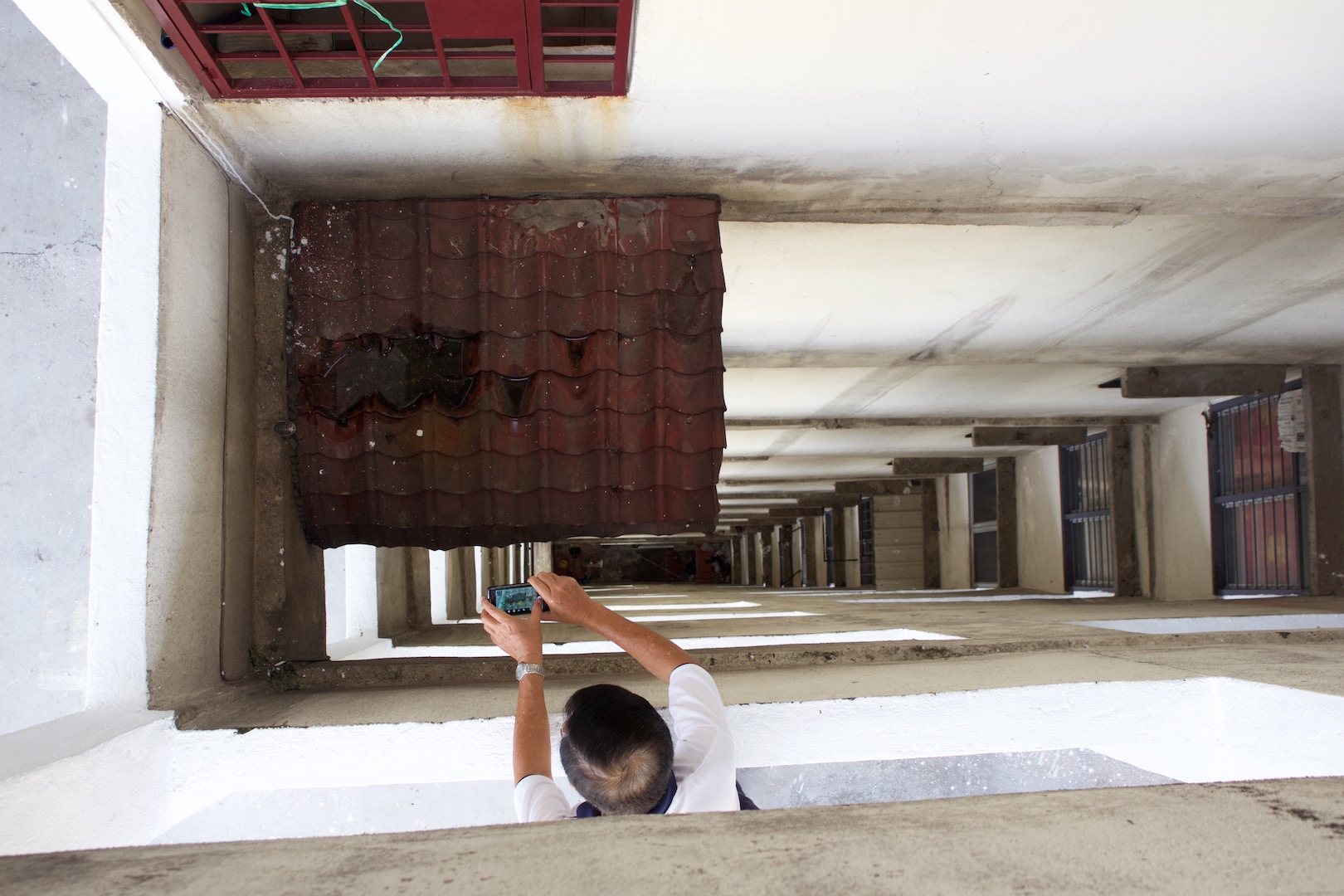 Back at the apartment complex near Kuala Lumpur, the anti-dengue squad discovers mosquito larvae in clogged drains surrounding the basement car park. Water is also leaking from the roof and collecting in dank pools on the floor.

A volunteer drops insecticide into the contaminated water – one more small strike in Malaysia’s war of attrition against the virus.