The Nepal government’s commitment to treat uterine prolapse, a debilitating life-long gynaecological condition, sparked an uptick in hysterectomies, but a new, less drastic low-cost intervention could spell hope for the thousands of Nepali women in need of treatment.

Nepal’s Supreme Court declared uterine prolapse a human rights issue in 2008, and in response the government pledged support for hysterectomies free of charge. According to government data, more than 4,000 women underwent hysterectomies in a twelve-month period from 2012 to 2013.

But experts are not convinced that the surgery spree is solving the problem. “The issue came to light because of the Supreme Court decision, but the response was ‘knee-jerk’,” said Aruna Uprety, a medical doctor and reproductive rights activist in the capital, Kathmandu. She described the treatment of uterine prolapse as a “surgery business”.

A 2014 report by Amnesty International criticized the Nepal government’s focus on surgeries, saying it distracted attention from other prevention and treatment options.

In most countries, uterine prolapse tends to affect post-menopausal women, whereas in Nepal it is more commonly seen in younger women, according to the UN Population Fund (UNFPA).

UNFPA notes that 600,000 Nepali women suffer from uterine prolapse. The 2006 Nepal Demographic and Health Survey (NDHS) said 200,000 women were in immediate need of surgery. Uprety and other health experts say women only need surgery if they have third degree prolapse, and in rare cases second degree.

“Early marriage, unattended home deliveries, heavy work after childbirth, improper nutrition, [and] Nepali women’s inability to make decisions regarding their bodies, including how much they can rest after childbirth… all add stress to a woman’s body and are the causes of uterine prolapse,” said public health expert Tirtha Rana, of the Nepal Public Health Foundation, a Kathmandu-based organization that advocates for health development among socially marginalized groups.

The introduction of other solutions, including the pessary ring - a supportive device for the uterus - indicates that care for uterine prolapse in Nepal is expanding beyond hysterectomies, other experts note.

Kala Devi Barhi, 30, was married at the age of 12 and gave birth to her first child the following year. She had her second child at 15, and shortly after felt her uterus was slipping - a condition that has remained untreated.

“It hurts when I walk, when I stand, sit, even when I eat, it’s uncomfortable and I’m so ashamed,” Barhi said at her home in Bishnupurkatti village in Siraha District, some 300km southeast of the capital, Kathmandu.

Kala Devi Barhi was diagnosed with first-degree uterine prolapse at a screening camp three years ago, and told that surgery was her only option.

“I couldn’t even qualify for a surgery because my situation was not bad enough,” Barhi said. “They told me I would have to wait for my condition to get worse so I could actually get the surgery.”

“Uterine prolapse is not an emergency situation, which means patients can take their time to come to licensed health facilities and get treatment, said Kiran Regmi, director of Family Health Division at the Ministry of Health and Population.

Uterine prolapse is caused by the weakening of supportive tissues, which allows the uterus to protrude into the vagina. Trauma sustained during childbirth contributes, especially with large babies, difficult labour and delivery, and multiple births at short intervals of time. 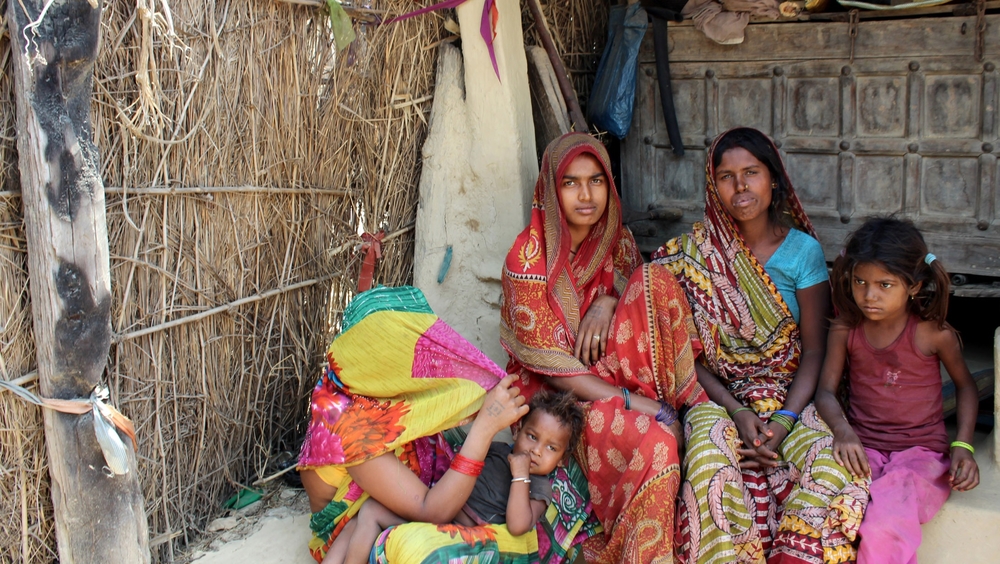 A study of health-seeking behaviours among 66 women with uterine prolapse in Nepal showed that while one-third of respondents did not seek formal medical treatment, putting herbs in the vagina, changing diet, and visiting a local traditional healer were commonly-sought remedies.

All eyes on surgery

Activists say the government put excessive emphasis on surgery as the solution to uterine prolapse, and officials admit it is time to implement other options.

“A uterine prolapse operation is a major surgery - you cannot perform those in screening camps. There were reports of misuse, many women who were told their uterus was removed found that it wasn’t, and women who had undergone surgery started having more reproductive health problems,” Uprety said. By her estimate, more than half the women who suffer from uterine prolapse do not need surgery.

The UNFPA report found that 10 percent of their survey sample (of 2070) reported uterine prolapse, and 37 percent of those suffered from first-degree prolapse, which does not require surgery. Given Nepal’s low average age of prolapse diagnosis, others argue that hysterectomies should not be performed on women of reproductive age.

“It brings its own host of problems, such as pre-menopause and other hormonal problems, which effect a person’s quality of life,” said the Family Health Division’s Regmi, adding that the government has taken steps to expand services for the condition beyond surgery.

“We have realized that surgery is not the only option and are taking steps to treat everyone who ever suffers from a prolapsed uterus,” said Regmi.

Uprety said the introduction of a silicon ‘ring pessary’, inserted in the vagina to hold the uterus in place, would make home-based treatment accessible to women across Nepal, and prevent prolapses from progressing to surgical necessity.

“In terms of affordability there is no comparison whatsoever, and it is so simple any auxiliary nurse or midwife can be trained to insert it,” said Regmi.

Ring pessaries have been available commercially and at district health posts in Nepal for years, but are rarely recommended to patients.

“The brand that’s available now is tough, made of rubber and extremely uncomfortable, and we don’t have enough trained professionals to teach women how to insert them,” Uprety said.

However, in recent months the government has procured a better quality pessary ring made of silicon, and will distribute 10,000 to health facilities across the country. Midwives and nurses will also be trained to insert and clean the rings.

Kala Devi Barhi is counting the days until the silicon ring becomes available at her local health post.

“I really thought I had to get worse before I could get treatment,” she said. “But if the new ring can take away the pain and make me feel comfortable, I will be first in line at the health post to receive it.”