Efforts to reduce violence against women in Madagascar  are coming up against the economic realities and social norms lived by the majority of women in the country. While police have been trained to help women press charges against violent partners, many women still have trouble speaking out about abuse.

“We are trying to break the silence on violence against women in Madagascar,” said Tolotra Andriamanana, National Gender Programme Officer at the United Nations Population Fund (UNFPA)."We have to find a way to end the impunity."

National statistics on the prevalence of gender-based violence are not available, but a survey carried out in 2011 in three cities - Antananarivo, Diego and Tulear - found that about 30 percent of women reported having experienced domestic violence at least once in their lives.

University of Michigan researcher Rachael Pierotti, who analyzed data collected in Demographic and Health Surveys from around the world, found that Madagascar was one of only three out of 26 countries where the percentage of men and women who rejected all justifications for domestic violence actually decreased between 2003 and 2009.

As part of its Sixteen Days of Activism Against Gender Based Violence campaign, volunteers working with UNFPA and the UN Volunteers Programme have gone from door to door in the capital, Antananarivo, to inform women about the existence of judicial centres where women who are victims of domestic violence can get legal advice and psychosocial support.

Rebeka*, 23, is visiting one such centre in Antananarivo to find out about single parent guardianship for her daughter. She is among a small but growing number of young, educated women who are not willing to put up with violence from their partners.

After her boyfriend slapped her in the face in a jealous rage, she obtained a medical certificate and took it to the police who arrested her boyfriend and put him in a cell. “When I saw the condition of the cell, and how scared he was, I decided to reconsider. Any man who sees those cells will never hit his wife again,” she told IRIN, adding that much of the tension in the household was caused by her boyfriend’s inability to find a job.

“After [that] incident, we lived together for another month. My boyfriend would still become jealous. He would hit the wall, and call my boss. So I left after that,” she said. 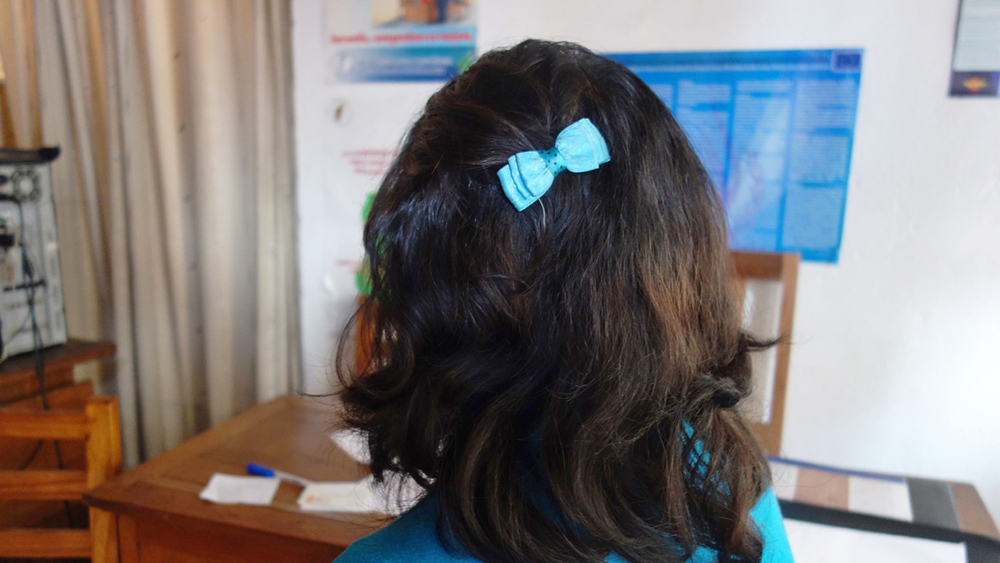 Matters are quite different in traditional society where violence against women is a taboo subject. The only provision made in traditional Malagasy society for abused women is the right of misitaka, or to distance oneself. “This means that the woman can leave the household if the situation is very bad, and she can go live somewhere else for a while,” Andriamanana told IRIN.

However, there are no shelters for battered women in Madagascar, leaving them with few options but to return to the home of their parents. “The family will immediately put pressure on her to go back to her husband,” Andriamanana told IRIN.

Those women willing to talk about their problems tend to first go to the head of the fokotany or neighborhood, who is viewed as the village elder. The fokotany will then negotiate on the wife’s behalf, often without results.

The next step is the judiciary and the police, but very few women get this far. “To sue a husband, you need a medical certificate. This costs 6000 Ariary  (US$3) and many women can’t pay this,” said Rhodia Ratovohery, a jurist at the Centre d’Ecoute et Conseils Juridique (CECJ) Ankadifotsy, one of two judicial centres in Antananarivo that operates with funding from NGOs and UN agencies including UNFPA.

Marie*, 36, has been through all these channels, without results. Her husband of 14 years, a security guard, becomes violent every two weeks when he receives his salary and gets drunk. “I have gone back to my family many times,” she said. “But each time I go back [to my husband], as the children need to live with their father,” she told IRIN.

"I don't want the father of my children to be in jail because of me. If he is in prison, who will feed us?"

Marie, who sells vegetables on the street, complained to the fokotany and her husband signed a contract there, promising not to hit her anymore, but only stuck to the agreement for two months. “Then I went to the police. They told me to go to court and that they would put him in jail immediately. But I don’t want the father of my children to be in jail because of me,” she told IRIN. “If he is in prison, who will feed us? And I’m afraid the children will hate me for putting their father in prison.”

Divorce is also out of the question, because Marie believes she will have no place to live. “I just want him to stop hitting me,” she said.

Now she is seeking help at the judicial centre, where Ratovohery promises to have yet another talk with the husband. “I talk about punishment,” she told IRIN. “I tell him that he can go to jail for this, or that he will have to pay.” Under Malagasy law, perpetrators of domestic violence can get up to 10 years in jail or a fine of 1 million Ariary ($500), but these laws are rarely implemented, because women rarely press charges.

“We have worked with the police in Antananarivo to take these women seriously,” said Andriamanana of UNFPA. “And we have seen a slight increase of cases coming to police level. But the problem is that very few actually go on to sue the husbands. The women depend on their husbands, especially if there are children. There is no social protection, so the woman is afraid that if the husband goes to jail, she will not be able to feed her children any longer.”

The judicial centres often end up focusing on the pyschosocial aspects of abuse. “We listen, and show the women that they are in a vicious cycle, that the violence will come back again and again, unless the woman herself decides to stop it by pressing charges against her violent husband,” Andriamanana said.

“Women in Madagascar need to learn about the law,” said Rebeka. “Men think they can do what they want when they earn money. As long as the man pays, the woman won’t complain.”

Both UNFPA and the judicial centres are now concentrating on changing societal attitudes towards gender-based violence in the hope that more women will start to speak out and use the services that are available to them. In the last week, UNFPA launched a soap opera on local radio, detailing the experiences of a woman who presses charges against her abusive husband.

An emergency shelter where victims of domestic violence can stay for up to 48 hours is also set to open in Antananarivo soon.