Nigeria's Muhammadu Buhari, who won a second presidential term this week, faces a variety of security challenges: a decade-long and resurgent Boko Haram insurgency in the northeast; endemic insecurity in the oil-producing Niger Delta south, and – less reported but often the most deadly – spiralling violence between pastoralist Fulani herders and local farmers in the northwest. Despite Buhari's 2015 claim that Boko Haram was "technically defeated", jihadists continue gaining ground across Lake Chad and West Africa, where the humanitarian fallout is, if anything, worsening. For a comprehensive look at the causes and the consequences of militancy in the Sahel region, check out this curation of our long-term reporting. And for a personal and graphic account of covering Boko Haram over the course of several years, this reporter’s diary from Chika Oduah is a must-read.

Headaches in the ‘cash revolution’?

Humanitarian cash aid programmes in Kenya’s drought-prone northeast are plagued with problems, according to this recent article by Kenyan journalist Anthony Langat published by Devex. Beneficiaries describe them as confusing, unreliable, and wide open to corruption. Families report not receiving what they think they’re due and/or not knowing what they ought to get, and they say there’s no effective system to address complaints. Local leaders are accused of manipulating lists of entitled families, and money transfer agents allegedly skim off unauthorised transfer fees. The Kenyan government and the UN’s World Food Programme – who run different cash initiatives in the area – say some problems are simply clerical, such as wrongly registered mobile phone numbers or ID cards. Earlier research from NGO Ground Truth Solutions showed that 62 percent of a sample of Kenyans enrolled in cash aid projects said they were satisfied with the service. However, 88 percent “did not know “how aid agencies decide who gets cash support”.

The UN is launching an inquiry into its actions in Myanmar, where critics accuse it of inaction and “complicity” in the face of widespread rights abuses that led to the violent exodus of more than 700,000 Rohingya. The UN this week confirmed the appointment of Gert Rosenthal, a Guatemalan diplomat, to lead an internal review of UN operations in Myanmar. The news, first reported by The Guardian, follows a Human Rights Council resolution urging a probe into whether the UN did “everything possible to prevent or mitigate the unfolding crises”, including the military’s Rohingya purge and abuses against minorities elsewhere in the country. Critics say the UN mission in Myanmar was “glaringly dysfunctional”, marred by infighting over how to engage with the government. A UN-mandated fact-finding mission has warned that problems continue and said that some UN entities refused to cooperate with its own investigation. In a statement, UN spokesman in Myanmar Stanislav Saling said the review will look at how the UN “works on the ground and possible lessons learned for the future”. It’s unclear whether Rosenthal’s findings will be made public.

In humanitarian terms, psycho-social support is often treated as the poor cousin to aid like food and shelter, with few mental health services available in crisis settings, as we recently reported from South Sudan. But just as the economic cost and importance of mental health is increasingly being recognised in society at large, so the issue is picking up steam in humanitarian contexts too. On the sidelines of this week’s UN pledging conference for Yemen, Dutch Development Cooperation Minister Sigrid Kaag urged humanitarian donors to invest more in mental health (“second line” healthcare, which includes mental health, makes up only $72 million of the $4.2 billion appeal for Yemen). The Netherlands is funding the development of tools to help aid agencies integrate mental health services into their work and will host a conference later this year to mobilise commitments from others. Psychiatrists argue that mental health support is not just a human right; it also strengthens people’s ability to benefit from other aid, such as education or livelihood programmes.

On Thursday, the World Bank announced it was to provide up to $80 million of new funding to combat Ebola in the Democratic Republic of Congo. Of that sum, $20 million is from its Pandemic Emergency Financing Facility, or PEF, set up after the 2013-2016 outbreak of Ebola in West Africa. PEF is a leading example of harnessing private capital and donor resources in humanitarian response. Private investors in PEF bonds can lose their investment if a major epidemic happens. Otherwise they get interest (paid by conventional donors) at a rate described last month as “chunky” by the Financial Times. The catch? PEF investors haven’t paid out a penny in Congo. That’s because the outbreak hasn’t spread to a second country, one of the conditions for a payout. IRIN asked a disaster insurance expert about PEF last year; he said it was “quite expensive”.

The Democratic Republic of Congo: Médecins Sans Frontières has suspended work at two Ebola treatment centres after the facilities in Butembo and Katwa were partially destroyed in two separate attacks in the space of four days this week. The caretaker of one patient was reported to have died trying to flee. The motivation of the unidentified assailants remains unclear. The outbreak, which began seven months ago, continues, with 555 deaths and counting.

Gaza: A UN commission of inquiry said in a report released Thursday that Israeli soldiers may have committed war crimes or crimes against humanity in shooting unarmed civilians during mass Palestinian protests at the Gaza border last year.

Indonesia: The country has recorded its first polio case since 2006. The World Health Organisation says a strain of vaccine-derived polio was confirmed this month in a child in a remote village of Papua province, one of Indonesia’s poorest regions. The WHO says the case is not linked to a polio outbreak in neighbouring Papua New Guinea.

Iraq: Human Rights Watch says authorities in Mosul and other parts of the northern Iraqi province of Nineveh are harassing, threatening, and arresting aid workers, sometimes accusing them of ties to so-called Islamic State in an effort to change lists of people eligible for humanitarian assistance.

Pakistan: Shortages of nutritional food and safe water could be leading to “alarmingly high” rates of disease and malnutrition in drought-hit Pakistan, especially for women and children, according to the International Federation of Red Cross and Red Crescent Societies.

Somalia: Al-Shabab militants set off two deadly blasts outside a hotel in Mogadishu on Thursday, before seizing a nearby building. Soldiers battled through the night to try to dislodge them. As conflict and insecurity continue across the country, a new report revealed that 320,000 Somalis fled their homes in 2018 – a 58 percent rise on 2017. Some 2.6 million Somalis are now internally displaced.

The difficulty with this story, to steal from Donald Rumsfeld, are the known unknowns. The World Food Programme purchased 50,000 tonnes of porridge mix for mothers and malnourished children, and a proportion of it was lacking key nutrition-enhancing ingredients. It was sent to crisis zones around the world. It likely came from one of two producers who have a duopoly over the market. The deficiencies should have been picked up by third-party inspectors before the food aid was dispatched. But let’s look at what we don’t know – not for a lack of digging by IRIN’s Ben Parker or contributor Lorenzo D’Agostino in Rome. Where exactly did the faulty food aid go? What effect did the lack of protein and fat have on breastfeeding mothers, babies, and children? Which company produced the substandard porridge mix and why? How come the inspectors failed to find fault with the product? Who was told what, and when? Is operational error, negligence, or fraud, or a combination to blame? We await the findings of the investigation with interest. 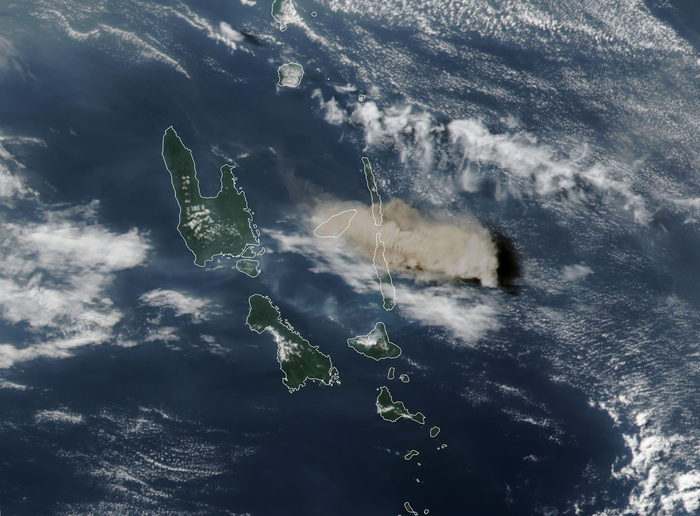 The most explosive volcanic eruption anywhere in the world last year came courtesy of Manaro Voui on Ambae Island, part of the Pacific nation of Vanuatu. The volcano spewed more than 540,000 tonnes of sulphur dioxide into the air, according to NASA. Volcanologists may be fascinated by Manaro Voui’s rumblings, but for 11,000 Ambae residents, the eruptions have been life-changing. They covered parts of the island with volcanic ash, which destroyed crops and homes and polluted drinking water. Residents have repeatedly been forced to evacuate, and at one point the government declared the entire island uninhabitable. For now, the volcano continues to be a in a state of “major unrest”, but some residents are moving back, and the government is preparing to begin a new school term for some returning students.

(TOP PHOTO: Destroyed cars by the side of the road after a suicide bomber detonated their vest in Maiduguri, Borno State, Nigeria, in 2017. CREDIT: Ashley Gilbertson/VII Photo)