When mutinous soldiers ousted Burkina Faso’s democratically elected president in late January, they vowed to do a better job of securing the Sahelian country from attacks linked to al-Qaeda and the so-called Islamic State.

But violence has only increased over the past five months, draining public confidence in the junta, threatening coastal West African states, and worsening a humanitarian crisis that has now displaced almost two million people – around one in ten Burkinabé.

Aid groups are feeling the consequences of the worsening violence too: Officials told The New Humanitarian that insecurity is shrinking their access to people in need, and that areas reachable by road just a few months ago now need helicopters to enter. 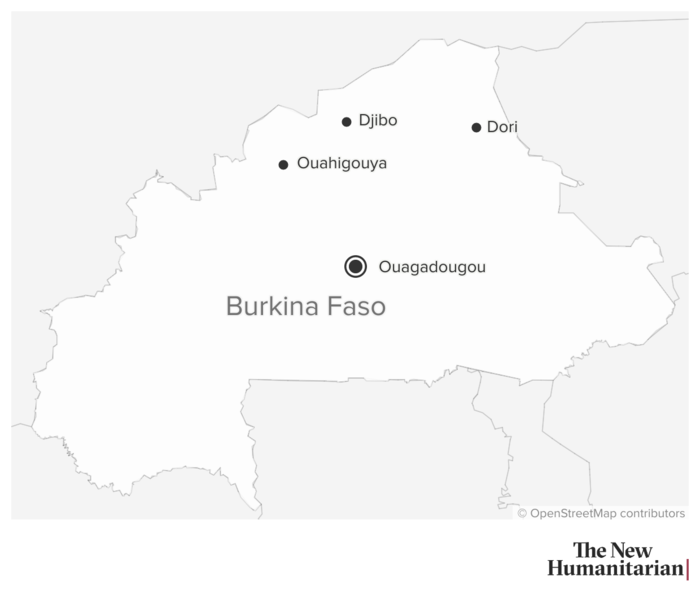 Relief efforts are, meanwhile, being blunted by a lack of funds: Burkina Faso is ranked the world’s second-most neglected displacement crisis by a leading aid group, despite the number of people fleeing their homes growing faster than most other emergencies.

“We don't know what Burkina is going to look like in six months if the situation continues like this,” said Mahamoudou Savadogo, founder of Granada Consulting, a local conflict analysis and research company.

Led by Paul-Henri Sandaogo Damiba, the junta had plenty of wellwishers when it seized power. The takeover came on the heels of a putsch in neighbouring Mali, where extremist attacks since 2012 have also turned people against their elected officials.

But the Burkinabé junta’s first month in charge saw 160,000 people uprooted, while more than 530 violent incidents occurred between February and May – a 115 percent year-on-year rise – according to ACLED, a conflict monitoring organisation.

Militant attacks, which began here in 2015, have pushed hunger levels to a six-year high. And they have depopulated large parts of the countryside, forcing rural residents into urban centres where resources are increasingly stretched.

The militants are also spreading into parts of the country previously untouched by violence, while using their bases to launch cross-border raids on Benin, Côte d’Ivoire, and Togo.

The following briefing takes the pulse of the humanitarian situation since the coup. It is based on trips to several towns between April and May, and builds on years of reporting on the country by The New Humanitarian.

Rural exodus: ‘They find themselves in cities where they face new risks’

Since taking power, Damiba, who is now president, has laid out plans for a three-year transition ending with elections. The country remains suspended, however, from the Economic Community of West African States (ECOWAS), a regional body.

Softer measures have been announced too. Communities engaging in dialogue with jihadists to halt attacks are now recieving support from the government, while fighters willing to come out of the bush have been promised some livelihood assistance.

However, none of these policies have helped curtail the humanitarian crisis, which is overwhelming aid groups and local officials alike. In towns The New Humanitarian visited in recent months, displaced people said they were receiving little or no support.

“We have no food, there are no jobs, and the living space is too small,” said Binto Ouedraogo, throwing her arms up in frustration inside a tent at a displaced person’s site in the northern town of Ouahigouya.

Despite being displaced nearly one year ago, Ouedraogo told The New Humanitarian she has received food aid only once. “Three bowls of corn isn’t enough to cook for the family,” she said of the relief package she was given. 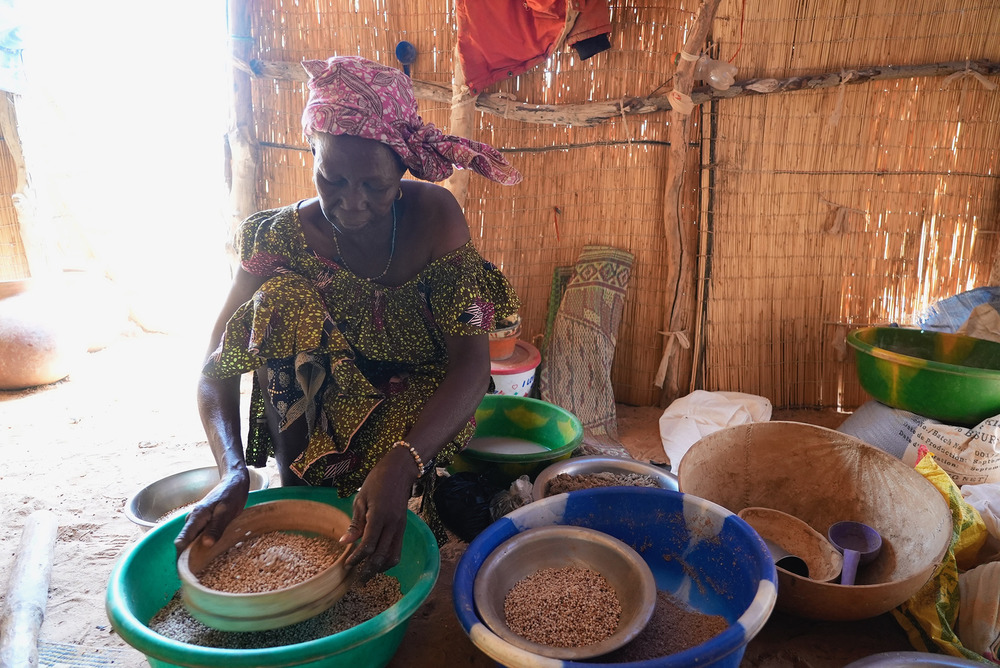 Sam Mednick/TNH
A woman sorts through grains in the northern town of Djibo. The town’s population has grown from 60,000 to around 300,000 during the conflict.

Conditions are tough in the urban centres where most displaced people are staying. In the northern town of Djibo, for example, the population has grown from 60,000 to around 300,000 during the conflict, according to government and UN statistics.

“[The displaced] find themselves in cities where they face new risks, such as exploitation, violence, or forced recruitment, and with limited opportunities,” said Abdouraouf Gnon-Konde, country representative of the UN’s refugee agency, UNHCR.

“You must make sure they have somewhere to live, something to eat and drink. If they are sick, you must care for them.”

Displaced people face particular challenges accessing services in the capital, Ouagadougou. The previous government sought to deny their presence in the city and even tried to block them from settling there, according to humanitarian groups.

Still, Ouagadougou residents have felt a responsibility to help the displaced. “You must make sure they have somewhere to live, something to eat and drink. If they are sick, you must care for them,” said a local imam, requesting anonymity due to security fears.

In some towns, however, friction between displaced people and their hosts has grown as time passes and more people request help. In Ouahigouya, for example, displaced people said they are often chased from the forest by locals when searching for firewood.

“The [host community] is not very welcoming,” said Lamoussa Sawadogo, head of a displacement site in Ouahigouya. “We have no food, no space to sleep, and no money to take care of people.”

Hunger is also rising as people are pushed from their farms and prevented from cultivating crops. Agricultural production is expected to decline by 10 percent this year, even as food costs for the average household increase by 30 percent, according to the UN.

In total, nearly 3.5 million of the country’s 21 million population are currently facing food insecurity – a 20 percent increase from 2021 – while more than 630,000 are facing starvation, according to UN statistics shared with The New Humanitarian but not publicly available.

In the main hospital in Dori – a town in the northeastern Sahel region – the number of severely malnourished children almost doubled between January and May, said Ismael Konfe, a doctor with Médecins du Monde.

Konfe said many of the children come from rural areas where violence has shuttered health centres. Some die within a day of arriving following long journeys on donkey carts and bikes.

“We receive them here when it is too late,” Konfe said. “When the surrounding medical centres used to work, they would easily give initial care to the children and prevent the case from deteriorating.”

Hunger is particularly acute in villages controlled by jihadists. Residents are often afraid to farm because of attacks near their fields, while aid groups struggle to reach these places because of insecurity and the challenge of negotiating access with militants.

“First, the harvest was very bad [and] second, lots of people didn’t cultivate due to the insecurity.”

Djibo residents also told The New Humanitarian that soliders have been preventing them from bringing food to friends and relatives in rural areas outside the town for fear it will end up in jihadist hands.

“There are families [in villages] that spend three or four days without cooking,” said Alpha Ousmane Dao, director of Seracom, a local aid group in Djibo. “First, the harvest was very bad [and] second, lots of people didn’t cultivate due to the insecurity."

Towns blockaded by jihadists also face food shortages. Since February, for example, fighters have restricted the movement of goods and people into Djibo, which is controlled by the government and hosts military forces.

The blockade, one of many jihadists are imposing in the country, has severely damaged Djibo’s economy, with demand collapsing at a local cattle market that is one of the largest in the region.

Blockades impact aid groups too. The World Food Programme, for example, has been unable to access Djibo by road since December. Supplies positioned pre-siege ran out in March, while cash vouchers have limited value given how little food is getting in. 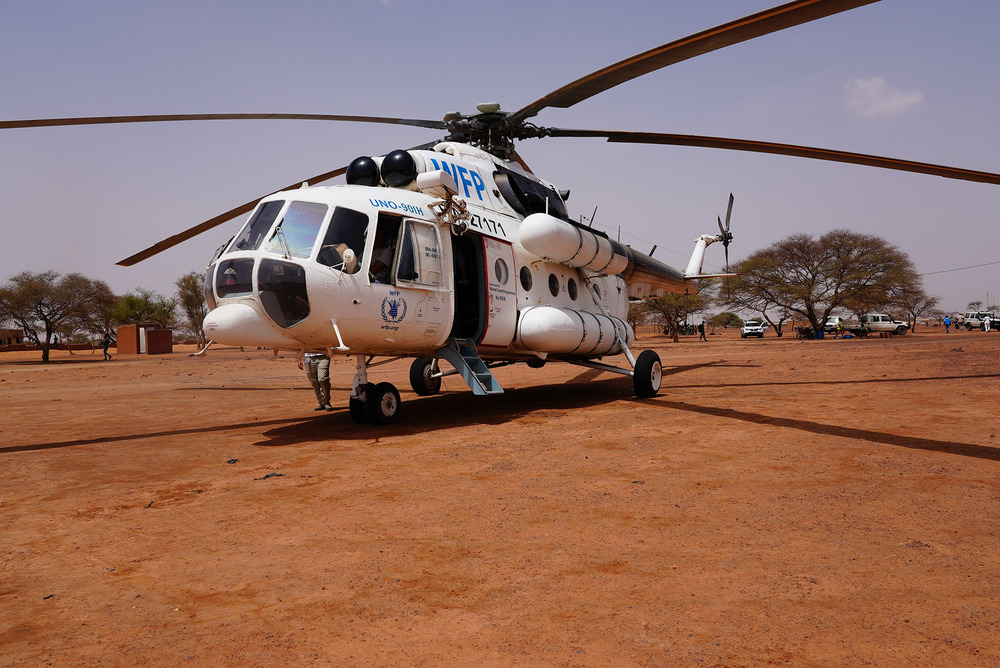 Some private traders have risked delivering goods by trucks to Djibo, but roadside bombs and attacks are frequent. When The New Humanitarian visited the town in May, an incoming convoy was ambushed, according to internal aid worker security reports.

“You can go to the market but not get food,” said Dadou Sadou, who was displaced to the town three months ago after fleeing jihadists. “Corn that used to be cheap became expensive.”

In recent weeks, negotiations between Djibo community leaders and jihadists – undertaken with the junta’s blessing and logistical support – have slightly eased the blockade, allowing people to get in and out of the town more easily.

Yet more than 1.2 million people across the country are currently unable to move freely, Barbara Manzi, the UN’s resident and humanitarian coordinator in Burkina Faso, told The New Humanitarian.

International aid agencies had a fractious relationship with the pre-coup administration. Some had their activities temporarily suspended, while others complained that government control over relief efforts slowed down their ability to respond.

Damiba’s appointment of the former head of the Burkinabé Red Cross as a humanitarian affairs minister has raised hopes that things may proceed more smoothly going forward.

But aid officials and diplomats who have spoken to Damiba told The New Humanitarian he offered no clear plans for how to improve the humanitarian situation, beyond telling them he needs assistance.

Lack of cash is, meanwhile, hindering relief efforts. Under 50 percent of the money requested from donors by the UN in 2021 was provided, while only around 15 percent of the $590 million called for this year has come through so far – a gap other aid missions are also facing.

“If people don’t get education the impact is big... but saving lives is the imperative now.”

The UN’s Manzi said operational costs for aid groups have spiked with rising food, fuel, and fertiliser prices – a partial consequence of the Ukraine war. More funds are now needed to reach the same number of people, forcing agencies to prioritise services.

“If people don’t get education, the impact is big. If they don't get water immediately, they're going to die. Both are important, and it’s a difficult choice, but saving lives is the imperative now,” Manzi said.

Access is also a challenge for aid groups. In the last year, two major roads have been rendered unusable – the Kaya-Dori axis, which is one of the main ways to reach the conflict-hit Sahel region; and the road from Ouagadougou to Djibo.

The road closures have forced humanitarian groups to rely on helicopters to transport relief items and personnel across the country. But there are only two helicopters in the country, and space constraints on board mean fewer supplies are being distributed.

With little humanitarian assistance and no end in sight to the violence, many local residents told The New Humanitarian they are questioning whether Damiba’s junta will really live up to its promises.

“Damiba found himself in a situation that was already bad,” said Salamata Nacanabo, a displaced woman in Ouahigouya, the northern town. “It is hard for him to stop things from getting worse.”

The New Humanitarian travelled to Djibo using the United Nations Humanitarian Air Service (UNHAS), which is managed by the World Food Programme.