With less than a year to Burundi’s presidential election, aid workers and political analysts say the ruling party is intent on projecting an image of stability, while downplaying the extent of a malaria outbreak, food shortages, and growing political violence.

Burundi was emerging from more than a decade of civil war before it plunged into crisis in 2015 when President Pierre Nkurunziza decided to run for a controversial third term. More than 1,200 people were killed in a government crackdown on protesters and 350,000 people currently shelter in neighbouring countries.

Although Nkurunziza has said he won’t run for a fourth term, a referendum last year approved changing the constitution to extend presidential term limits, clearing the legal hurdle to him staying in power until 2034.

“The government is pushing back on international pressure [to be proactive], trying to convince international actors that everything is alright,” said Nelleke van de Walle, deputy project director for Central Africa for the International Crisis Group.

“Meanwhile, its population is suffering in silence. The crackdown on the opposition continues, the government squeezes its already hard-pressed citizens and fails to address basic humanitarian needs.”

Burundi is struggling with more than 5.5 million confirmed malaria cases out of a population of 11 million. Over 1,800 people have died since the beginning of the year – roughly on a par with the Ebola outbreak in the neighbouring Democratic Republic of Congo, but receiving far less attention. 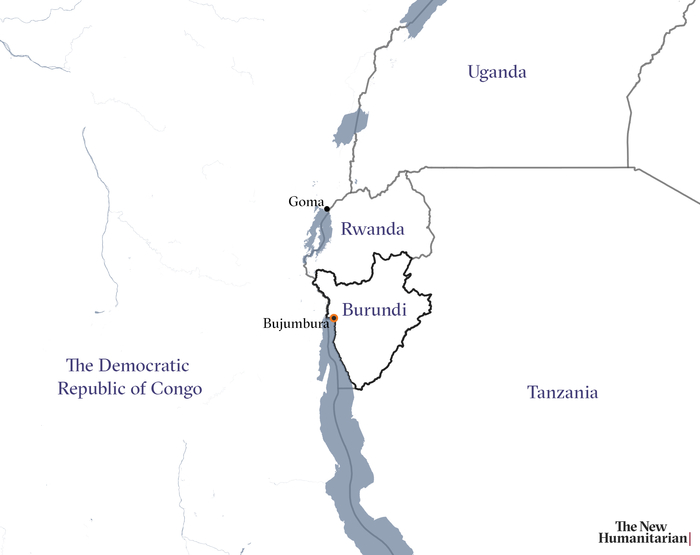 The government has been urged to declare the malaria outbreak an epidemic, which would open the door to more international assistance. Instead, according to aid workers, it is restricting health information to humanitarian partners.

Asked by The New Humanitarian via WhatsApp why an epidemic had not been declared, considering the extent of the outbreak, Health Minister Thaddée Ndikumana said: “all that you are talking about is wrong!”

The international community is supporting the health ministry’s efforts to control the spread of malaria, helping with the distribution of nets and drug procurement, but health workers say more needs to be done, especially around prevention and mosquito control.

“Right now, there aren’t enough resources,” Walter Kazadi Mulombo, head of mission for the World Health Organisation in Burundi, told TNH. He warned that humanitarians must “act quickly” and can’t wait for an official epidemic to be declared.

Alongside malaria, Burundi is also suffering the impact of a drought-induced food crisis. The government is yet to endorse the findings of an April food security report conducted and adopted by the UN and other aid agencies, which found that more than 1.6 million people – 15 percent of the population – were in need of immediate food assistance, with 291,000 people at emergency levels.

One NGO official, speaking on condition of anonymity due to the sensitivity of working in Burundi, said the refusal to endorse the report was “part of a whole context of new restrictive measures” by the government on food security analysis, which could undermine a future humanitarian response.

Burundi already has the world’s highest prevalence of chronic malnutrition, with 56 percent of children stunted, according to the UN.

Mary, a 44-year-old mother who preferred to give only her first name, said she barely had enough food to feed her 12 children. “They often go to school without eating,” she said.

Two years ago she and her husband were able to cultivate during the dry season, after the main harvest in February, but increasingly hotter weather is scorching the crops in the field.

“When a government ignores the issues, it’s frustrating,” she said.

First Vice President Gaston Sindimwo told TNH that food insecurity was a “repetitive” problem, and while acknowledging the impact of climate warming – seen as driving both the malaria outbreak and recent drought – he said it was being addressed by the government’s own programmes.

Indicating the priority of the ruling party, he added that it was important to “preserve the peace” in the lead-up to the elections slated for May 2020.

The government has also been slow to prepare for the potential spread of Ebola from neighbouring Congo, a year into the outbreak, according to health experts. 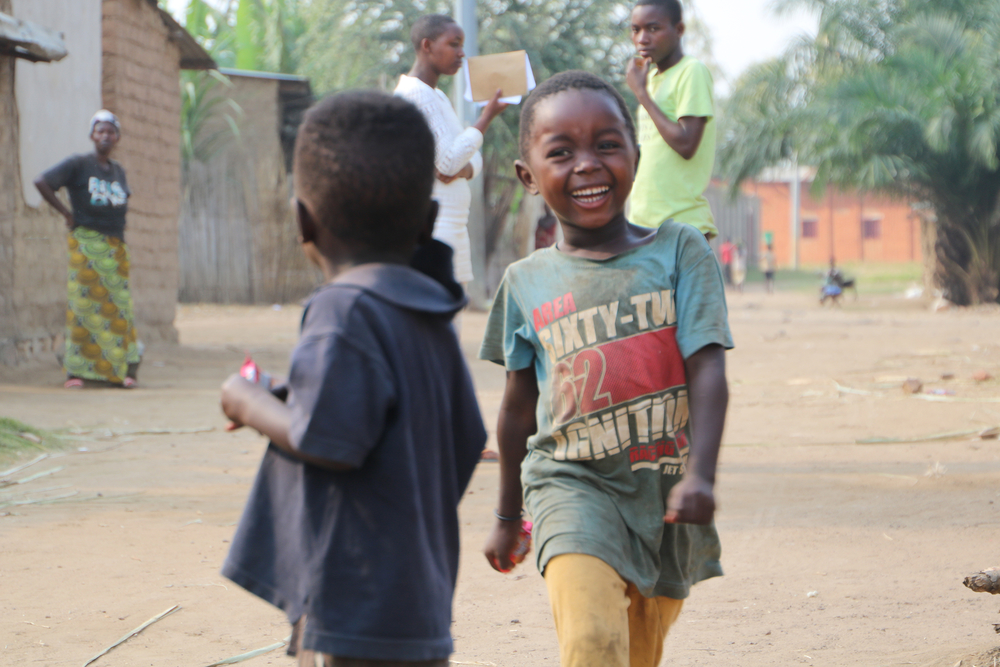 Sam Mednick/TNH
A young boy beams as he walks toward his friend after receiving food from a local who was giving snacks to children in his village outside of Bujumbura.

While other border countries have been vaccinating frontline healthcare workers for months, Burundi’s government only signed off on the vaccine protocol a few weeks ago. As of July, frontline workers in Burundi were yet to be vaccinated. By comparison, nearby war-torn South Sudan has been vaccinating people since January.

“The bottom line is people are suffering because the government only cares about power, money and looking good in the international press,” said one frustrated diplomat.

Winning at all costs

Most civil society organisations have been shut down, and earlier this year the UN Human Rights office was kicked out. Local journalists are regularly detained, and the international media is rarely allowed into the country. In March, the BBC's operating license was permanently revoked and the existing suspension of Voice of America was upheld.

Burundi’s few remaining opposition groups say they are being targeted as the government tightens the screws ahead of the elections.

“Sometimes you can find more than 10 people are arrested and put into jail... An average of three to five [people] daily are in such a situation,” Agathon Rwasa, head of the main opposition party, the National Congress for Freedom, told TNH.

Members of the opposition are harassed, beaten, and executed and no one’s held accountable, he said. He doesn’t believe next year’s elections will be fair.

Maggie Barankitse, a local humanitarian activist now living in exile, described the country as an “open prison with a deadly silence looming overhead”.

As the situation deteriorates, some Burundians, even those aligned with the government, are trying to leave.

TNH spoke with two men who said they were members of the ruling party’s youth militia, the Imbonerakure. They alleged that the government had ordered them to increase threats on anyone perceived as being affiliated with the opposition and to instill fear in those considering joining them.

Read more → Who are the Imbonerakure and is Burundi unravelling?

One of the two men, who said he was a high-ranking member of the youth wing, said he was authorised to jail and kill people. The other member said that he had witnessed at least 40 murders and several rapes at the hands of the Imbonerakure over the past two years. Both men said they wanted to leave the militia, but didn’t know how.

TNH cannot independently verify the men’s stories or identities, but local and international advocacy groups say they are recording similar testimonies. TNH is not using the men’s names to protect their identities.

“I know what I’m doing isn’t good and sometimes I regret it, but there’s no way out,” said the high-ranking member. “You keep doing it when you know it’s bad because if you leave you could die.”

(TOP PHOTO: Rural incomes have plummeted as a result of Burundi's drought.)