More than a million South Sudanese refugees have now crossed the border into Uganda in what is the world’s fastest-growing refugee crisis. Analysts say the chances of forging peace are becoming slimmer and so the war and the flow of desperate people is set to continue, further straining an already struggling aid operation.

An average of 1,800 South Sudanese have been arriving every day in northern Uganda for the past 12 months, fleeing “barbaric violence”, the refugee agency, UNHCR, said in a statement today.

But there are an additional “million or even more” South Sudanese refugees in neighbouring Sudan, Ethiopia, Kenya, Democratic Republic of Congo, and Central African Republic.

The aid operation does not have the funding in place to cope with this scale of need, “significantly impacting the ability to deliver life-saving aid and key basic services” – from food to health care. Only 21 percent of the $674 million required to care for the refugees in Uganda has been received, and UNHCR has called for greater commitment from donors. 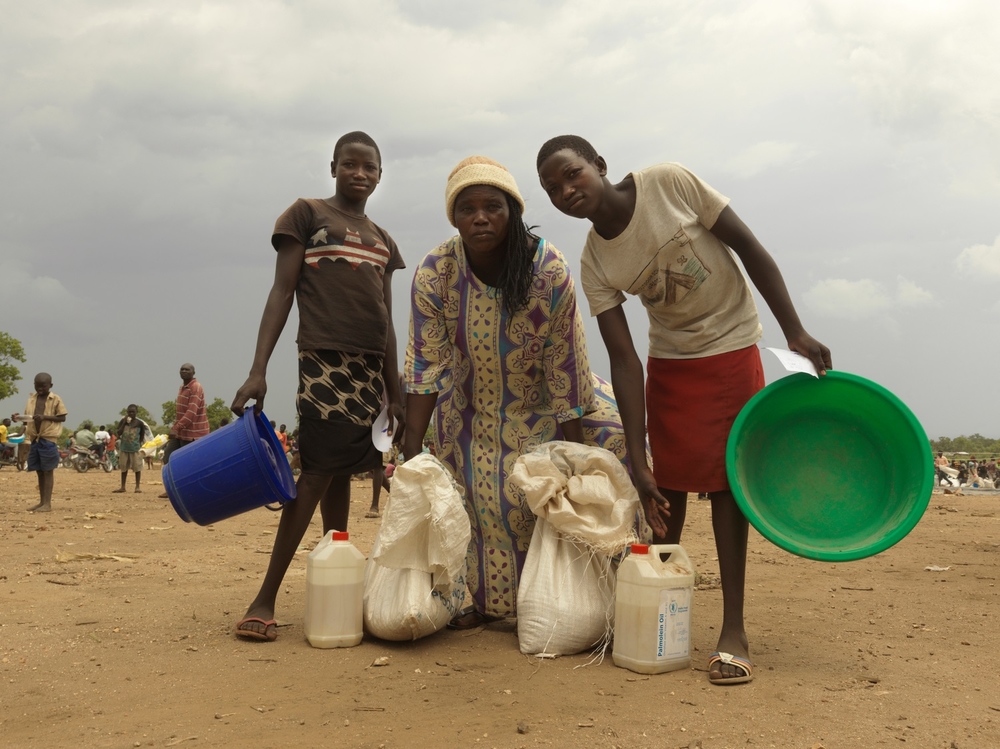 South Sudan has effectively been at war since December 2013, when political tensions within the newly independent government triggered fighting between forces loyal to President Salva Kiir and his former vice president, Riek Machar, who heads the rebel Sudan People's Liberation Army-In Opposition (SPLA-IO)

Regional governments tried to paper over the cracks and imposed a power-sharing settlement, known as the Agreement on the Resolution of the Conflict in South Sudan, or ARCSS. But it lasted only a few months before government forces attacked Machar (who had finally returned to Juba) in July 2016.

The regional eight-country Intergovernmental Authority on Development, IGAD, is looking to revive ARCSS but is finding little enthusiasm, including among Western powers that had helped bankroll the process.

In a communique in June, IGAD argued that “full implementation of ARCSS remains the only viable way forward to bring about peace and stability and create the basis for a democratic political system in South Sudan.”

But the first stumbling block is agreement on whether Machar, in exile in South Africa, should be part of the process. The government is championing Taban Deng Gai, who was sworn in as vice president last year, as the rightful leader of SPLA-IO.

“We are for peace,” said Paul Gabriel Lam, deputy spokesman for Machar’s SPLA-IO faction. “But as long as Riek Machar is in South Africa, we will continue having problems in South Sudan,” he told IRIN.

For most analysts, the problems surrounding a revamped ARCSS go deeper than whether Machar, a veteran warlord, has a seat at the table.

“This ‘revitalisation process’ is a bad joke,” Mike Brand, a genocide prevention expert at Jewish World Watch, told IRIN. “I don't think there is any hope the ARCSS can be revitalised as it is structurally inadequate to address the current drivers of conflict.”

South Sudan is an unfinished state that needs both reconciliation and true nation-building.

There are no stable institutions. Basic social services are provided by foreign aid workers, and since independence in 2011, the security sector has never been professionalised, nor properly integrated.

“The country went from a factionalised group of independent militaries fighting a common enemy [the north] to a ‘unified’ government built on a patronage system supported by a policy of kleptocracy,” said Brand.

Researcher Alan Boswell agreed. “South Sudan is broken at its most fundamental level: What is South Sudan? Who is entitled to rule it? These are questions that South Sudanese have never sat down and negotiated or decided.”

The last peace deal “pushed for power-sharing and competitive politics simultaneously among armed parties,” he told IRIN. “It was destined to explode, and it did. The peace deal is obsolete and was mad to begin with.”

Rachel Jacob at Max Security Solutions, a geopolitical risk consulting firm, said any future peace deal “must be more inclusive. [But] this effort is not being made.”

There is instead a pervasive culture of impunity, which fuels recurring cycles of violence and mass atrocities.

Human Rights Watch has condemned the government and opposition for failing to stop civilian killings, rape, and forced displacement.

In its latest report, it says nine men – including Kiir, Machar, former army chief of staff Paul Malong, and six other commanders – should be investigated and, if culpable, prosecuted for the grave rights violations.

“Fighting has spread to all regions of South Sudan and shows no signs of abating, nor is that likely so as long as the incentives to pursue military solutions remain unchanged, particularly for the government,” said Kate Almquist Knopf, director of the Africa Center for Strategic Studies at National Defense University, Washington.

The war is not only generating a refugee crisis felt by neighbouring countries, but it has also displaced internally close to two million people, and left 5.8 million in need of aid – aid that is increasingly being used to perpetuate the fighting.

“The time has come for the international community to hold perpetrators accountable for the misery they have inflicted upon their country and the deadly conflict they continue to wage without justification or remorse,” said Juliette Paauwe at the Global Centre for the Responsibility to Protect.

The sad fact, noted Brand, is that the international community is “flat out of new ideas to bring peace to South Sudan.” But the bottom line is that neither Kiir nor Machar “can lead South Sudan to peace”.

South Sudan is falling apart. “All sides keep getting weaker and the pieces become more and more difficult to put back together,” said Boswell.

“The previous peace deal expanded the war nationally and further fragmented the country. Building on top of its rubble is a terrible, dangerous idea,” he added. “The whole process needs to start over. The whole approach must change.”

The way forward is a new peace plan that does not solely focus on a bilateral agreement between Kiir and Machar, argued Jacob at Max Security Solutions.

“It must recognise that there are many more important political and military actors who must participate in order for any peace process to succeed,” she added.

Phil Clark, a Great Lakes expert at SOAS, University of London, made a similar case.

“A major issue neglected by the ARCSS was community level reconciliation. A new process needs to address long-standing grievances at the local level,” he told IRIN.

“Much of the violence is being committed by militias and community perpetrators – in addition to the national army – and any comprehensive response must address conflicts between different local groups.”

Knopf offered a more radical solution. As direct impediments to an effective peace settlement, Kiir and Machar must be persuaded by the international community to stand down.

Referencing an old and controversial idea of a UN or African Union trusteeship for South Sudan, Knopf saw this approach as enabling a justice and reconciliation processes to unfold, and for a national consensus to form over how South Sudanese wish to be governed.

“The international community has helped other countries come out of vicious conflict through various forms of temporary external administration – South Sudan deserves no less,” she said. 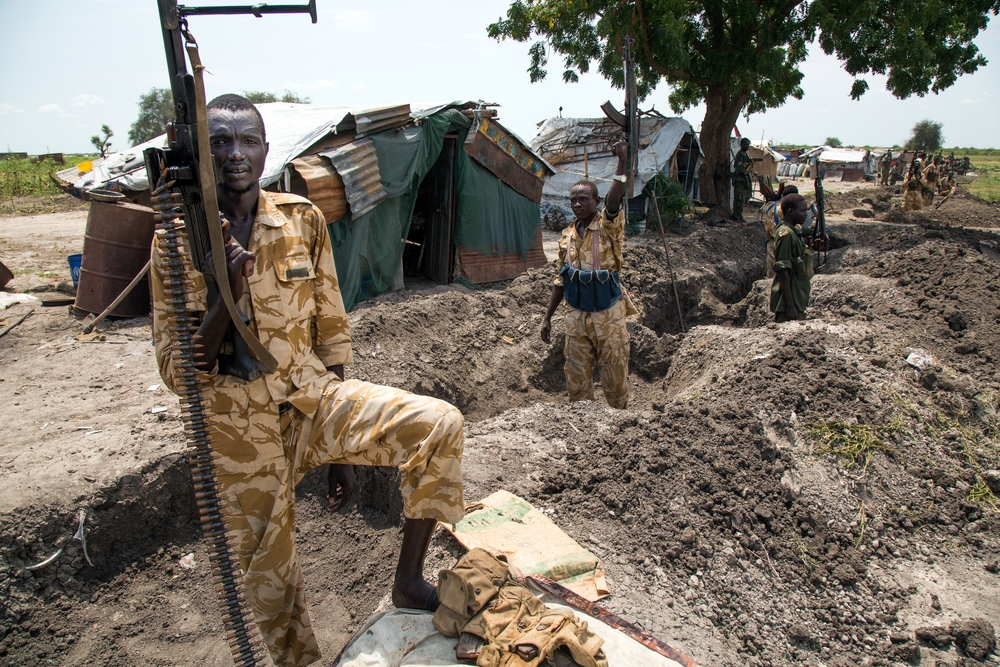 TOP PHOTO: The war has destroyed farming in South Sudan. Some civiilians are forced to survive on what they can forage in the bush CREDIT: ​Albert González Farran